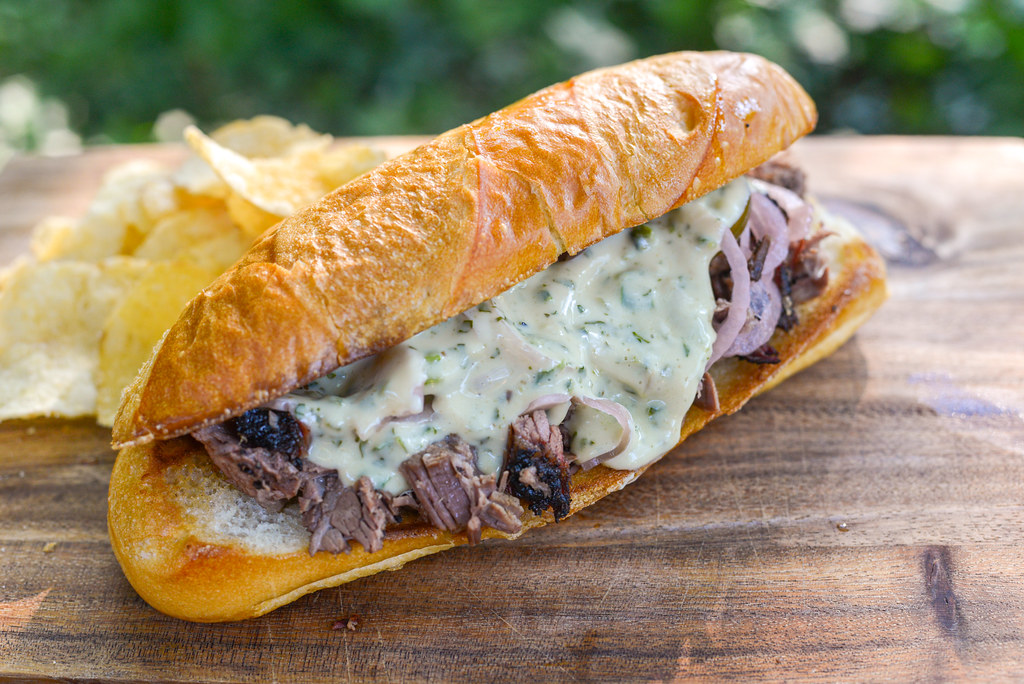 After a successful first recipe for brisket waffle fries utilizing leftovers from a monster 17-pound chunk of beef I smoked, I was itching to try out more ideas. I had every intention of making that brisket span months of time, but only a week after those fries, I found myself defrosting another two-pound portion of meat to see how it fared when turned into a cheesesteaks. The answer...gloriously! 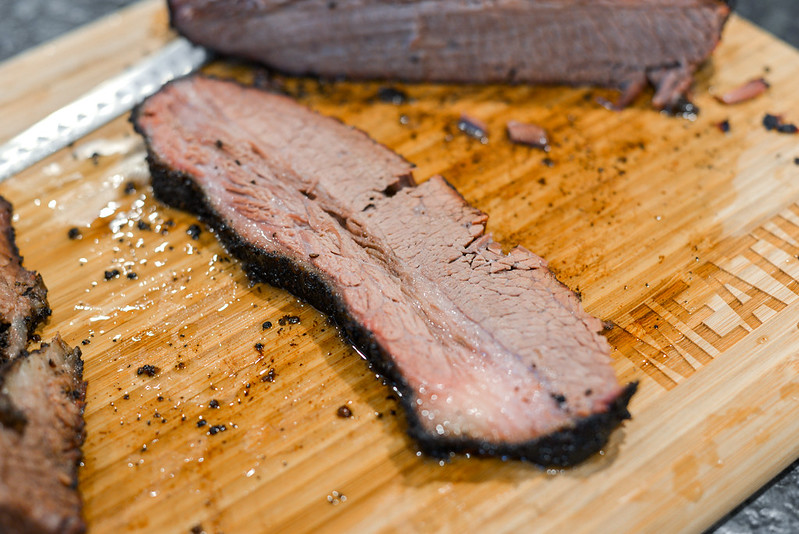 First things first, the brisket. This is what it looked like the day I smoked it after 17 hours of cooking and couple hours of resting. That meat was glistening, tender, and all around delicious. I also knew that, while brisket does reheat well, it would never be quite the same again. So my recipe ideas all involved making brisket part of something larger so any diminishment in the quality of the actual meat would be made up for in the overall new delivery format, and cheesesteaks seemed to fit into that mindset quite nicely. 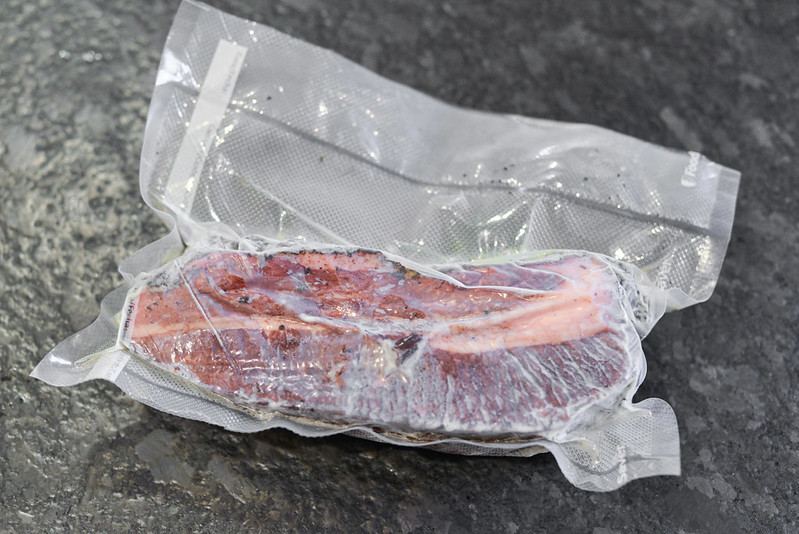 To ensure the brisket did remain as good as it could be, I promptly portioned out what was left into vacuum sealed bags that I stored in the freezer. This way I could avoid any potential freezer burn and also only defrost exactly the amount I needed to make whatever new recipe I was working on. 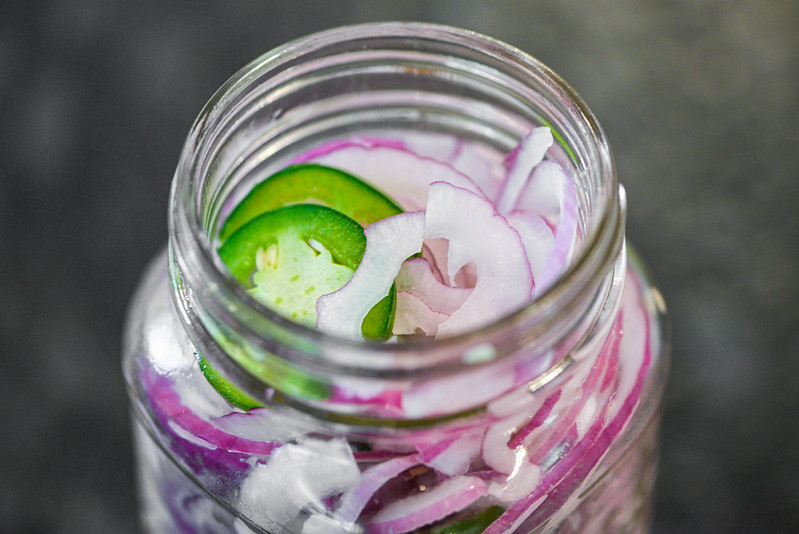 With the brisket in suspended animation, I had plenty of time to think about how to best construct these cheesesteaks. This also left me ample time to second guess all my decisions. Since this was a non-traditional cheesesteak, I felt freed from any norms except it must have onions and cheese. The onions were the harder choice and I really couldn't make up my mind if I wanted sweet caramelized ones, or tart and crunchy pickled ones. I ended up making both onion types and made a game day decision that the pickled ones would add a good contrasting texture and a flavor that would help cut through the richness of the cheese and beef. I also made these pickled red onions with jalapeños, so there was the added bonus that I could toss some of those pepper slices into the mix as well. 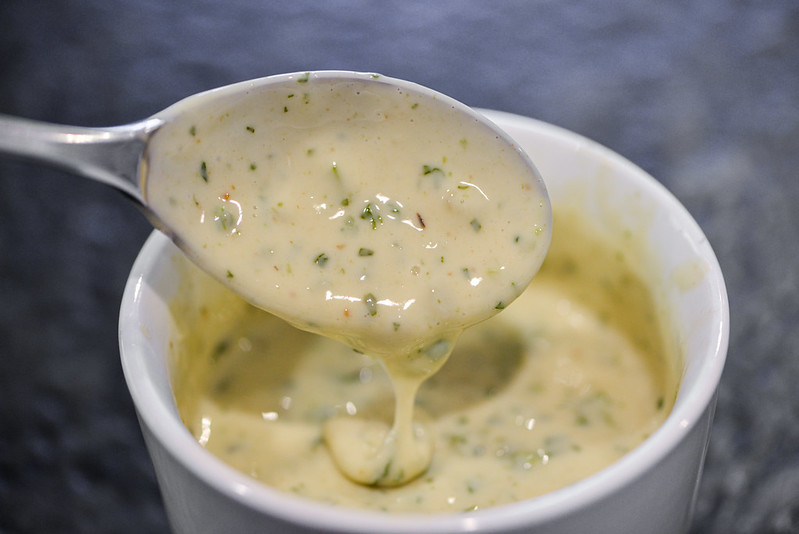 Onto to the question of cheese. My first thought was why not just use my preferred cheesesteak fodder—Cheez Whiz. Then thought maybe a longhorn cheddar may be a more appropriate pairing for Texas-style brisket. That line of reasoning landed me in the realm of Texas eats and then perfect answer then came quickly—queso! Last year I developed a really excellent green chili queso that I'll take any excuse to make, and this was not only a good excuse, but felt like exactly the right thing to be adorned atop a pile of smoked beef. 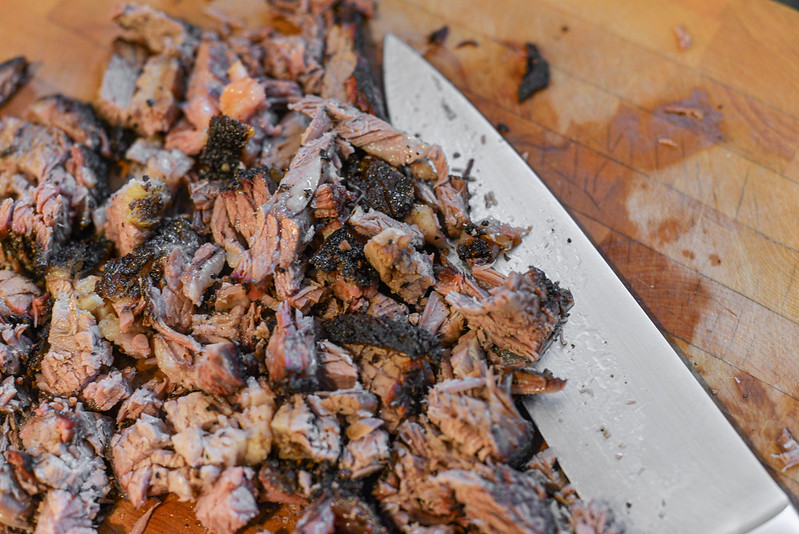 On cheesesteak day, I first defrosted the brisket by letting it soak in cold water. I then removed the beef from the bag, cut it into some smaller slices, and then wrapped it in foil and placed in a 325°F oven. I considered just tossing the bagged beef into a sous vide bath, but I think the fat on brisket needs to be heated a bit higher than that method would comfortably allow for. Once the brisket was hot and the fat nice and supple again, I placed the brisket on a cutting board and roughly chopped it all up. 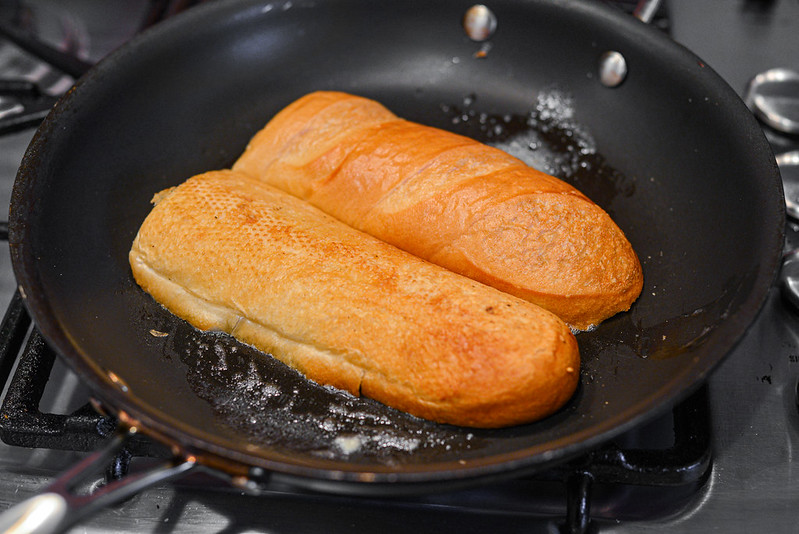 Next I prepared the rolls, which I gave a boost to by buttering and toasting them in a skillet. The extra richness and crunch given to the bread was a big gain to the final sandwich in my opinion and I wouldn't skip this step for the best results possible. 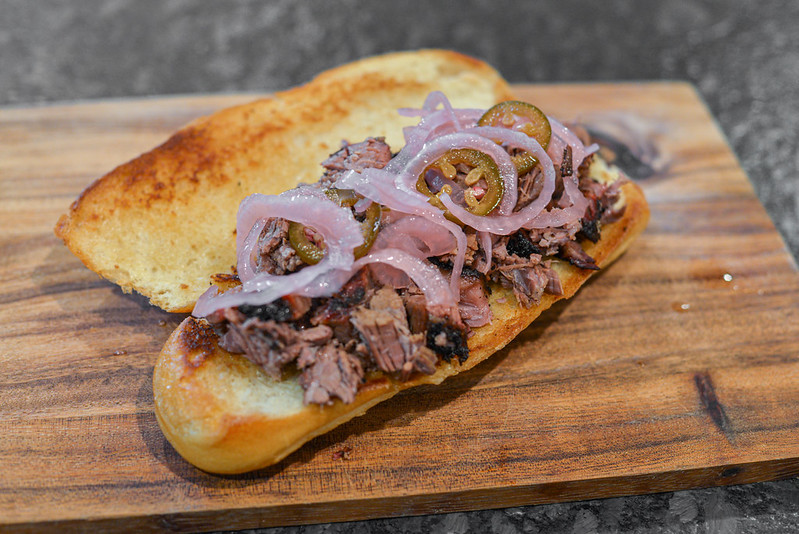 I had pretty much prepared all the components of these sandwiches days or weeks before I actually made them, and when it came time to construct the final product, the entire process that actually went into them was forgotten and they were so quick and easy to put together, it almost felt wrong. I just piled a portion of brisket onto each roll followed by onions and jalapeños and spoonfuls of the queso. 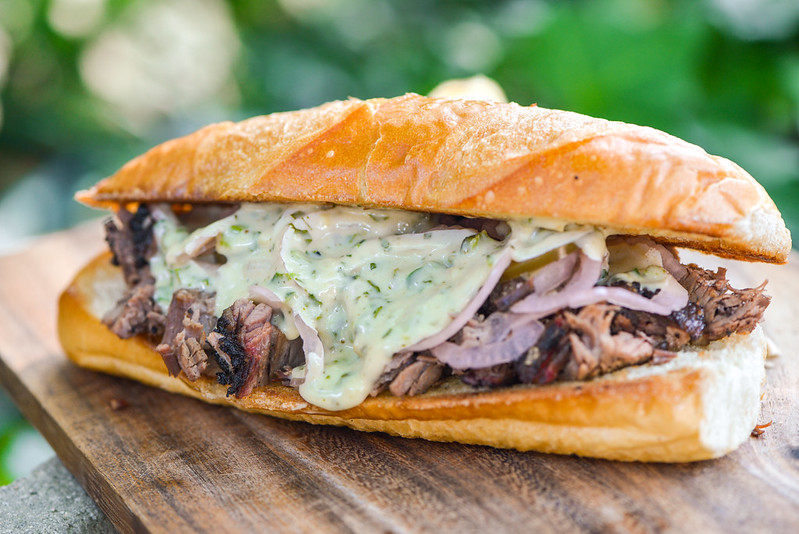 As I bit into the sandwich, the taste of the time and work that actually went into them was instantly apparent. While the brisket wasn't as juicy as it was on the day it was cooked, it was still damn tasty with its big beefy flavor and peppery crust. What was lost in moisture was obscured by the creamy queso that lent a Cheez Whiz-like quality to the cheesesteak, but with so much more flavor that was a good match to the brisket. Going with the pickled onions was the right instinct as the tartness was welcomed against all the richness and the pop of mellow jalapeño heat only further elevated the overall experience. I'm so happy to have gotten two excellent extra uses out my leftover brisket, but it's also a little sad that I only have one more frozen bag of the stuff left, but am also hoping I may have saved my best idea for last—smoked brisket chili! 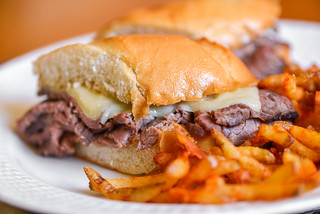