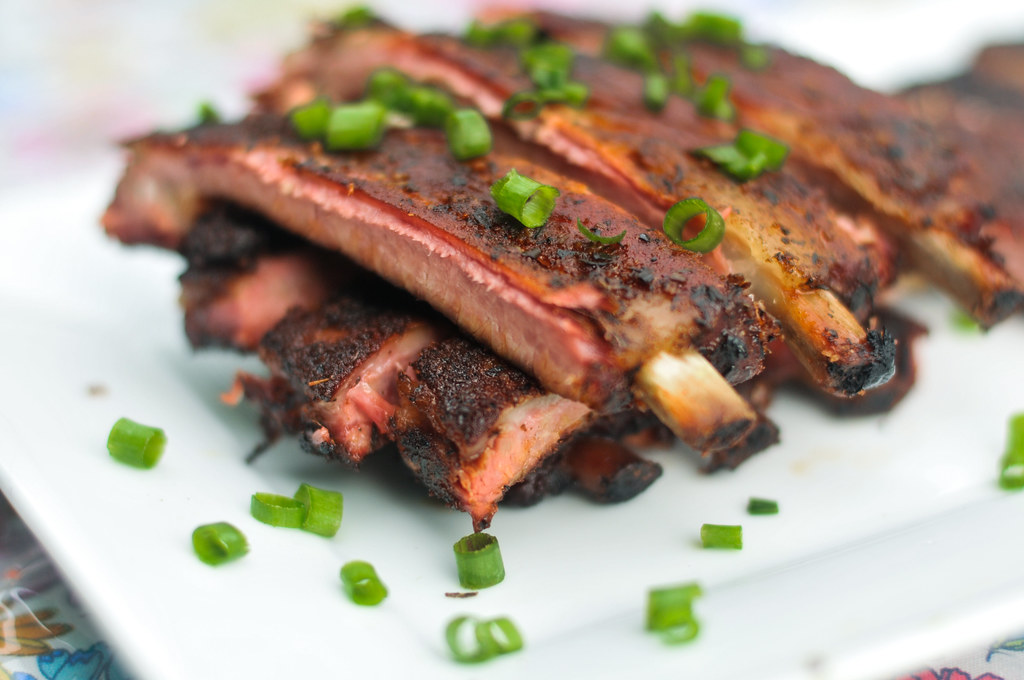 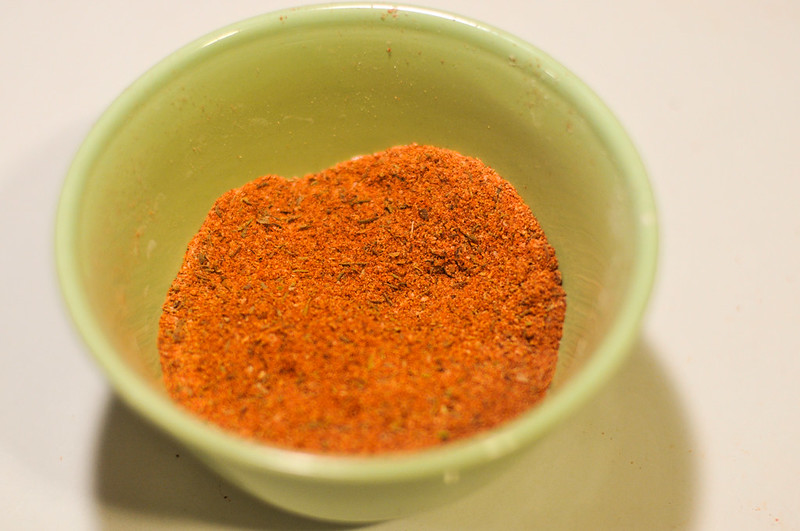 At the beginning of this foray into Cajun cooking, I mixed up a big ol' mess of Cajun seasoning, which served as the backbone of many of these recipes. Just like a standard barbecue rub, Cajun seasoning in layered and complex. It skips the sweetness though, so it's the heat that becomes most prevalent in this mixture that includes garlic powder, onion powder, paprika, salt, thyme, oregano, cumin, and three types of pepper—black, white, and cayenne. 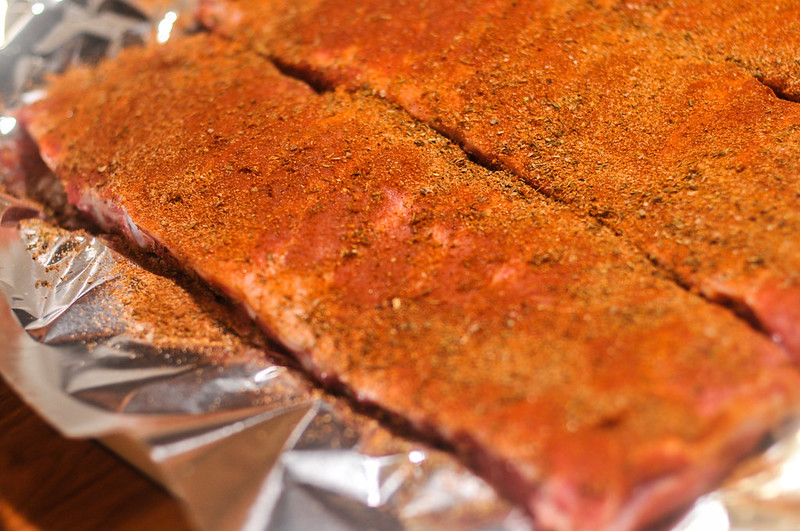 I gave a few racks of St. Louis-cut spares a thorough rub down with the seasoning. As I was massaging the spices into the meat, I enjoyed the change from the typical barbecue aroma to this more earthy and herbal mix, which already told of just how different these ribs would be. 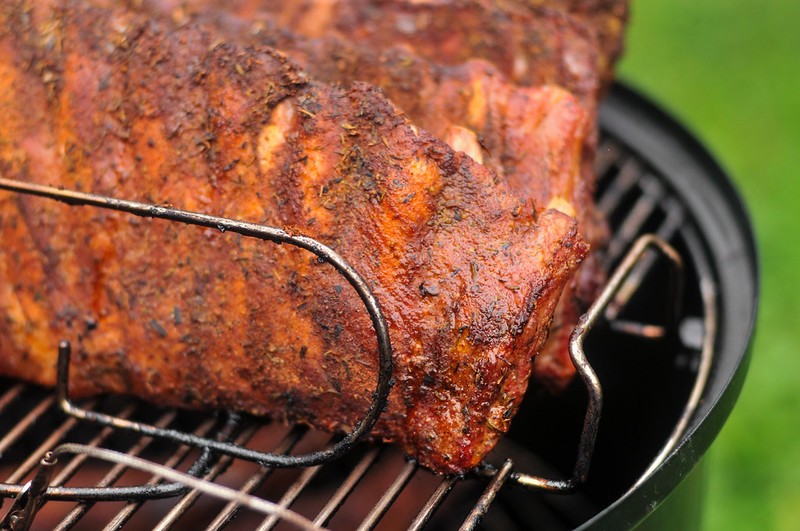 After being rubbed and rested—I personally like to let my seasoned ribs sit overnight in the fridge, but it's not a necessity by any means—they went into the smoker running at 225°F with some chunks of hickory thrown on top of the coals.

During the first smoke, I generally go by appearance rather than time. I'm looking for my ribs to develop a deep red bark, an indication the spices have set and won't fall off during the foiling stage. 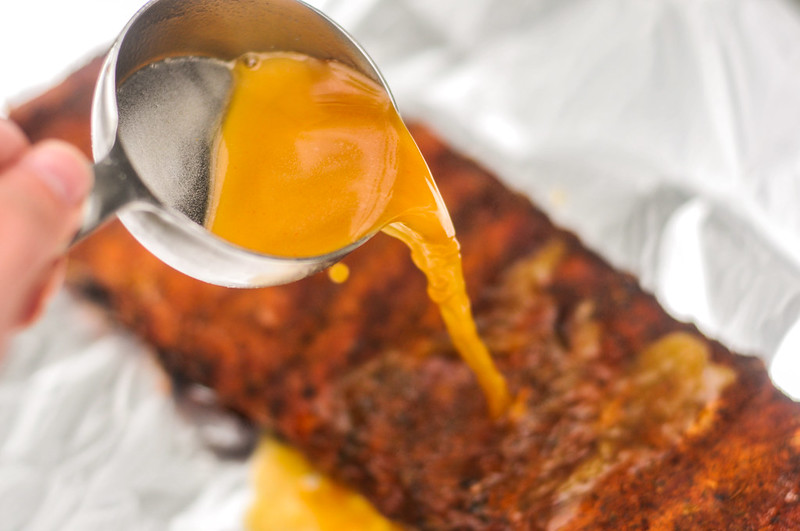 Once these racks reached the right appearance, I foiled them along with some liquid seasoning. I used this "braise" as a way to inject more Cajun flavor by making it up of beer, butter, Worcestershire, liquid crab boil, and Louisiana-style hot sauce. Once wrapped up, I let the ribs cook for one hour more on the smoker—I've found that foiling much more than an hour renders the meat on ribs too soft. 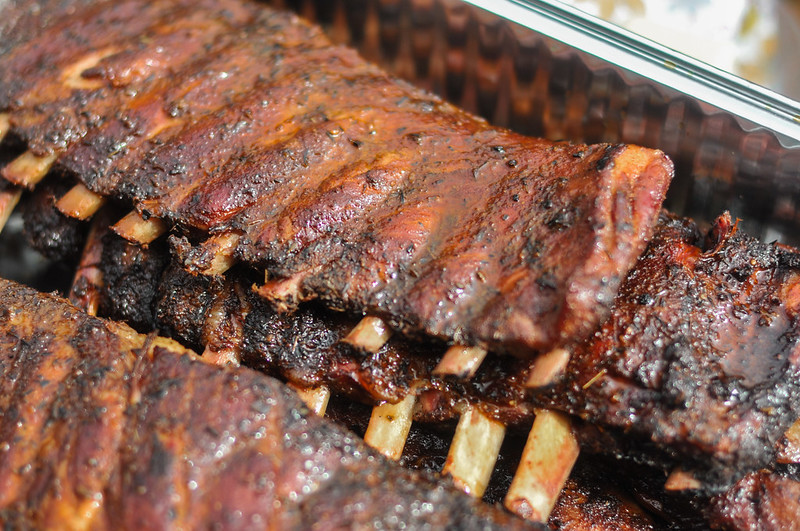 The ribs were then removed from the foil—with the liquid seasoning reserved—and placed back in the smoker. This time around I was looking for them to reach the right doneness, which I discern by lifting the ribs from one end and judging the bend. If the rack pulls up more or less without much bend, they're not done. If they have nice curve to them, then they're done. If they fall apart when lifted, then they're overdone (but still delicious). 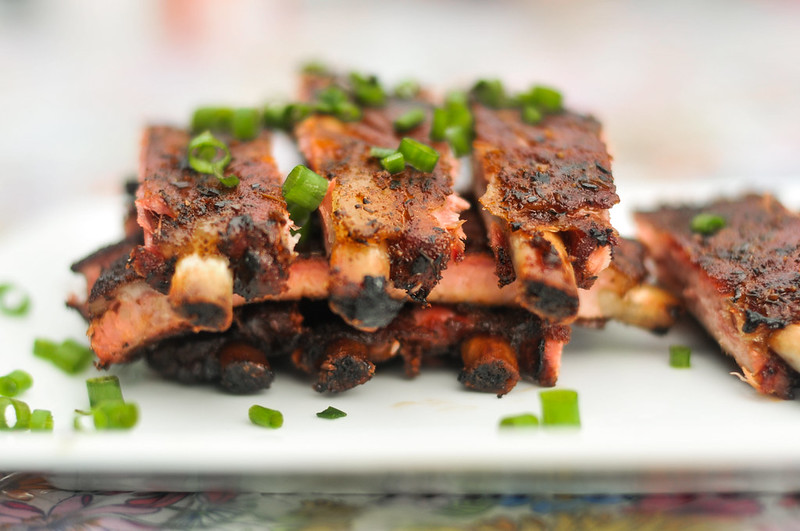 Off the smoker, I gave the ribs a final brushing of the reserved liquid seasoning that added a nice glisten to their "dry" bark, then dug in. In contrast to traditional barbecue ribs, where the rub is usually a balance of sweet and spicy, these bones were more herbal, earthy, and had a nice kick of heat. The meat came out excellent too—smoky, moist, and with just the right pull-off-the-bone tenderness. It was a great use of some Cajun seasoning, and luckily I had so much that there was more than enough for the wings, catfish, and shrimp boil skewers that came later.