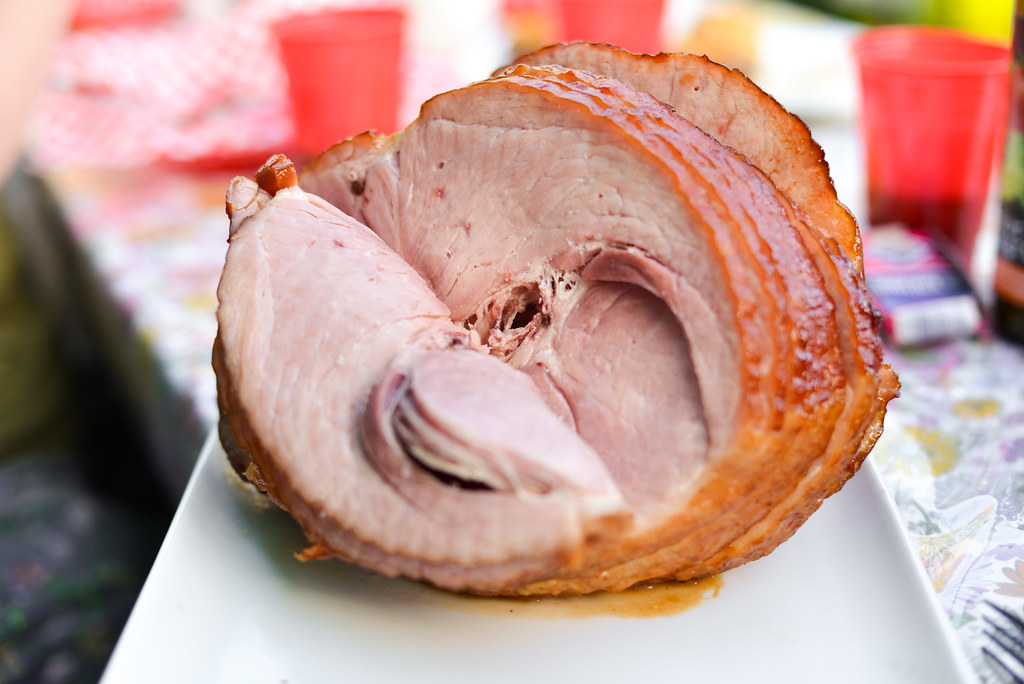 I'm a ham fiend, but this sweet swine is usually relegated to a once-a-year occasion, when it takes center stage at my in-laws Christmas party. In that one night, I bask in the ecstasy of the cured and smoked meat, stuffing myself well beyond reason.

While I'm pretty well versed in ham consumption, when I was plotting to prepare one myself last fall, I realized that my experience cooking it was limited to a single prior attempt. Although it's a seemingly simple prospect—hell, the thing is already cooked—I learned that the devil is in the details and decided to do a test run, which led to this amazing Coke-and pineapple-glazed ham. 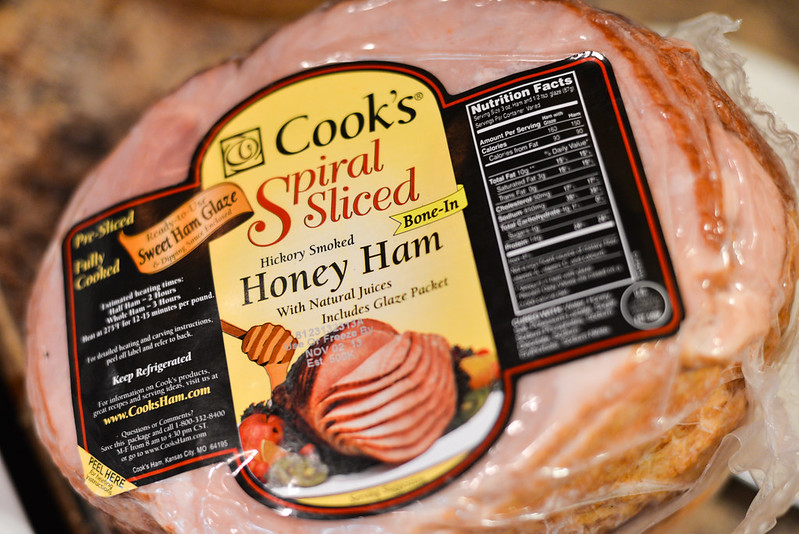 The hunks of swine hindquarters that I equate with the holidays are referred to as city hams. They're wet-cured, often smoked, and usually come fully cooked, both in non-sliced and spiral-sliced versions.

When selecting a city ham, you want to look for one that's labeled just "Ham" or "Ham with Natural Juices." These contain the most ham protein and the least amount of added water, yielding a more flavorful end product. Hams labeled as "Ham, water added" or "Ham and water product" are further diluted with liquid, and while they'll likely deliver a juicy product, they will, unsurprisingly, taste watered down.

When I want a top quality product, I go for the city hams from Burger's Smokehouse—which I can't say enough good things about. For some pre-holiday ham testing though, I merely picked up the best looking ham that met my selection criteria in the grocery store, which was about one-third of the price of Burger's. 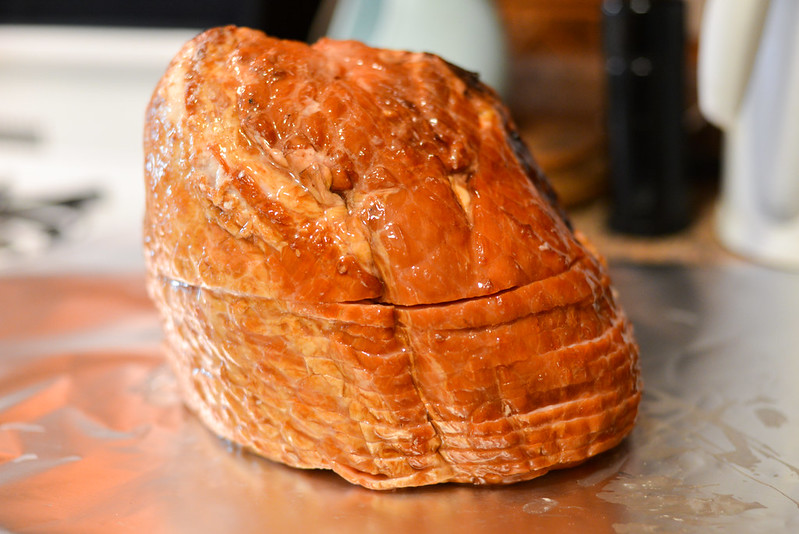 To say you're cooking a ham is a bit of a lie. While there are city hams that are only partially cooked and require you to complete the process at home, the vast majority come fully pre-cooked, meaning that you can technically pop open the package, slice, and serve. Call me crazy, but for a holiday meal I wanted something a little more special than a slab of cold ham. 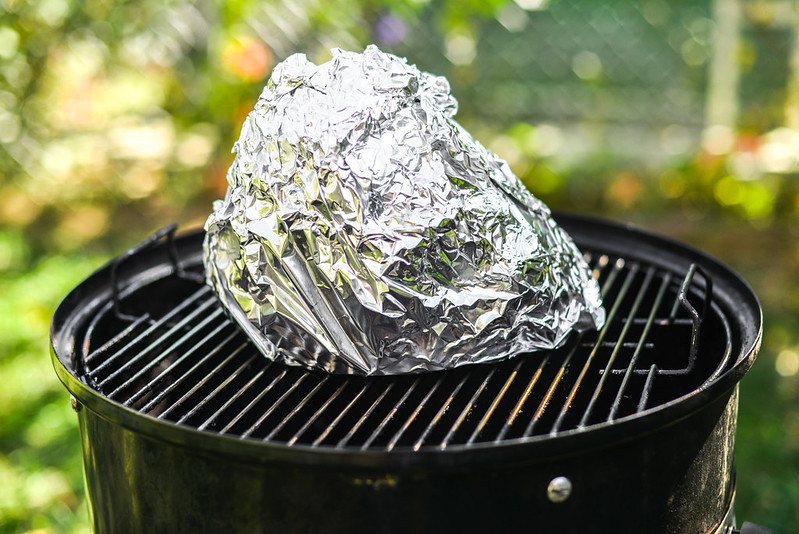 Since the ham has already been taken upwards of 150°F once before, reheating is actually a tricky prospect because you want to get the meat to hit a nice, serviceable temperature without it drying out. Low and slow is one good way to go—the gentle heat is forgiving, and it also helps ensure it won't overcook. Whenever I hear low and slow, I can't help but turn to my smoker.

There's no real advantage to the smoker here in terms of flavor—being pre-cooked, the ham won't pick up any additional smoke flavor—but there were two bonuses to using my Weber Smokey Mountain that made it more attractive than the oven. First, it freed up oven space for other items; second, the large water pan in the smoker creates a moist cooking environment, which is another small aid in the battle against dryness.

I started my ham wrapped in foil, to further help it retain moisture, and placed it in the smoker, cut-side down, and let it cook at 250°F. 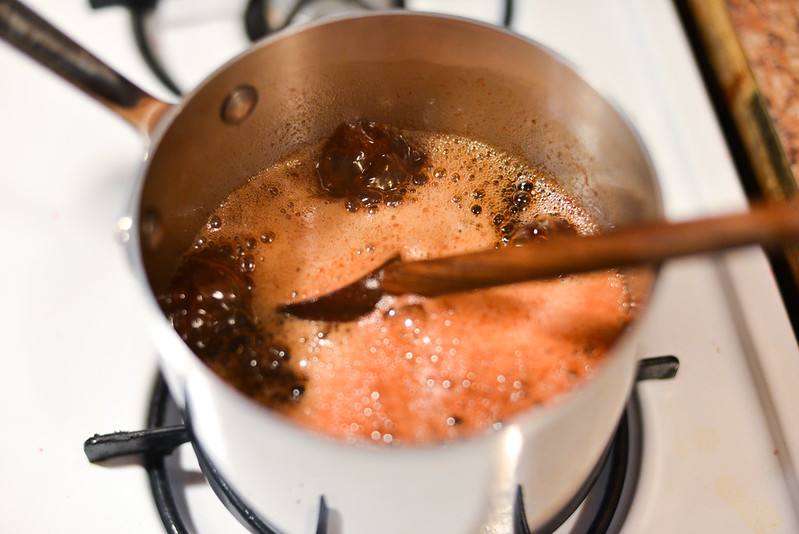 As much as the ham itself is the main attraction, the best part is always the ends, which get a concentrated sugary-sweet glaze. Since I associate ham with my Filipino in-laws, the glaze I made here was influenced by the sweet Filipino barbecue that I've become adept at making.

I started with the requisite soda—Coke in this instance—paired with an equal amount of brown sugar. I swapped out the orange I usually use in favor of pineapple, and scaled back or eliminated some of the more savory components of my Filipino barbecue marinade (namely onion, garlic, and oyster sauce). I kept in soy sauce for saltiness and apple cider vinegar for tang and let the mixture boil down until it was thick and syrupy. 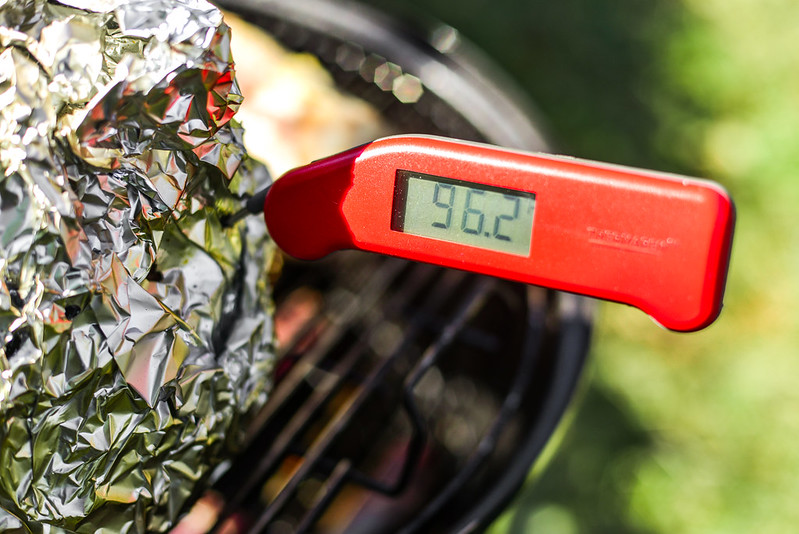 I was looking to bring my ham to a final temperature of 120°F. To account for the cooking time still needed after glazing, I wanted to unwrap the meat when it reached around 100°F to get to the perfect final temp with a right glistening glaze in the end. 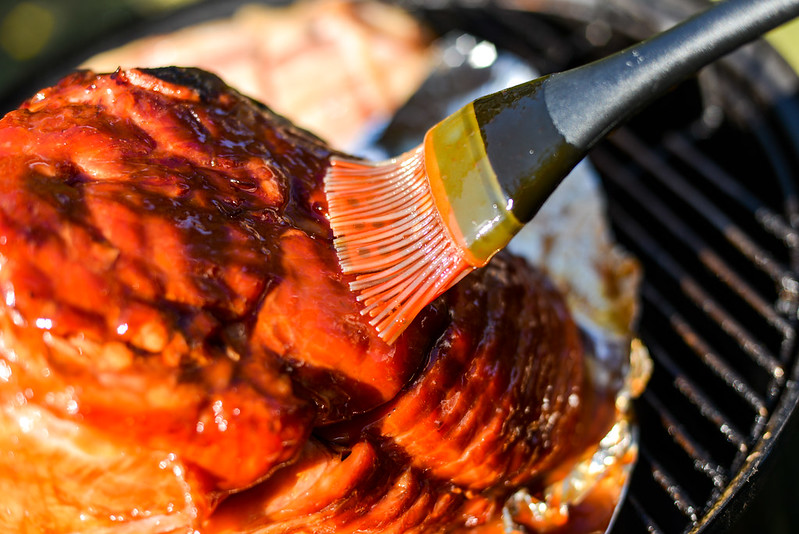 Once I unwrapped the ham, I brushed it liberally with the glaze and let it set for 15 minutes. Then I gave it a second brushing and let the ham continue to cook until it reached its final temperature, which took about another twenty minutes in the smoker. 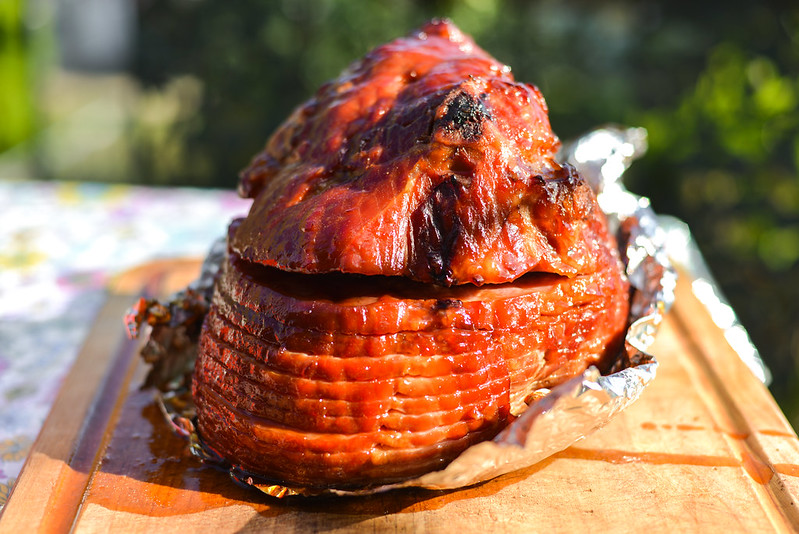 Once I hit what I believed was the perfect temperature, I took that shiny chunk of butt off and let it rest for 15 minutes. 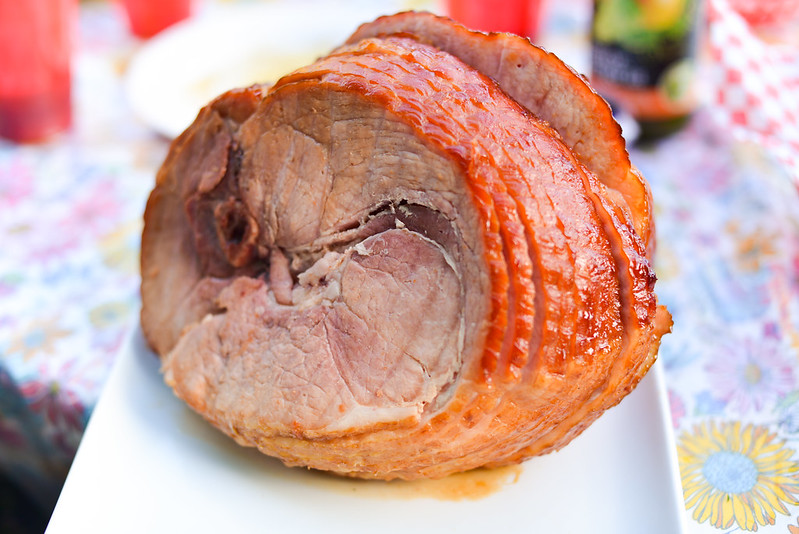 Unfortunately, even with all the precautions I took—low heat, foil, temperature checks—the first few slices of the ham were on the dry side. Once we plowed through those, though, that meat was as moist as can be, with the sweet-and-savory ham flavor that I find so intoxicating. The glaze paired beautifully, adding a crust that had a depth far beyond its sugary base and packing a ton of flavor into each small bite. This was just the beginning of what was a major ham eating holiday season last year—three more glorious hams entered my life after this one, making it one of the best endings of a year a man can have. 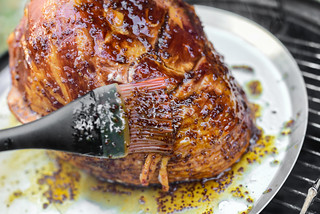