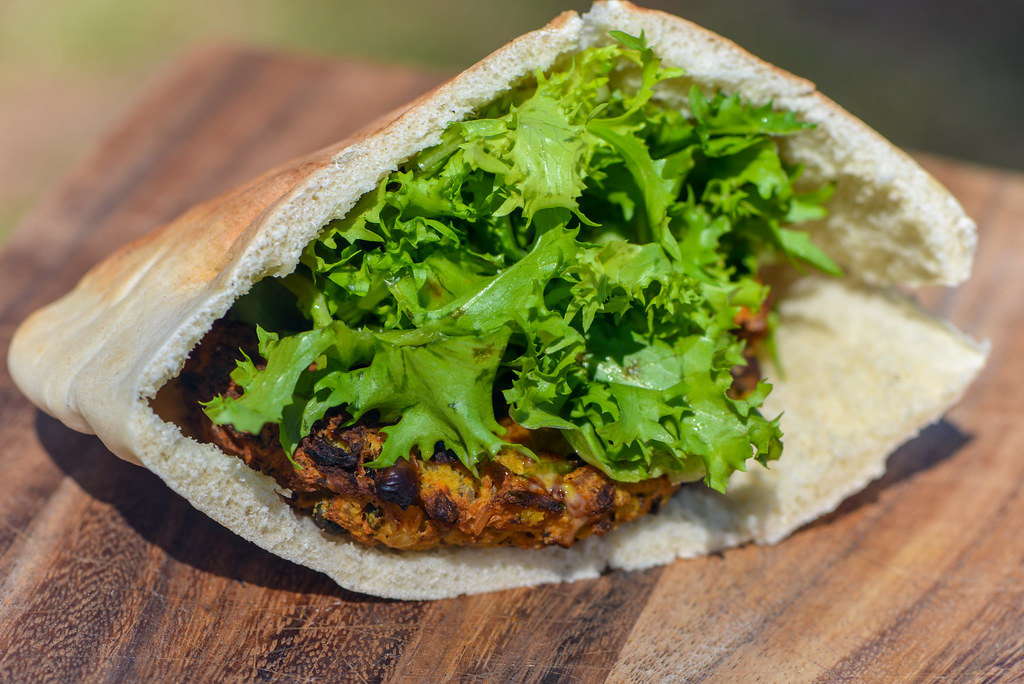 My first experiences with vegetarian eating consisted almost exclusively of foods that masqueraded as meat—veggie bacon, burgers, nuggets, dogs, etc. My brain wasn't down with that and had trouble accepting eating something that is trying to taste like meat, but isn't really, and I was put off for a long time. As my vegetarian Meatwave constituency continues to grow and I'm finding myself crafting more and more meatless recipes, I'm becoming more in tune to what I personally like about veggie recipes, and that's not trying to make something taste like meat, but make it taste like what it is—vegetables. I think that may be a big reason why the veggie burger at the Sparrow Tavern in Astoria is so loved. This local haunt from my past life in NYC doesn't do a veggie burger that has any semblance of its meaty origins beyond its shape, instead it tastes like a delicious medley of vegetables that's totally satisfying on a number of levels. So when I decided to try to make a veggie burger at home, it was a no brainer for me to start with some facsimile of the recipe used at Sparrow. 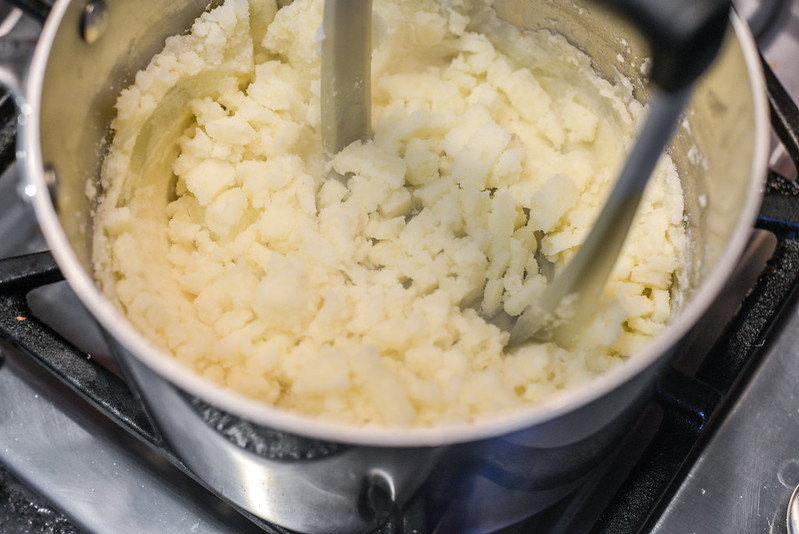 To be honest, this recipe ended up being kind of a beast. The Sparrow veggie burger was once featured on Diners, Drive-ins, and Dives, so I put it together following what I saw in that segment, plus from a few other folks who tried to make it at home already. I can see at a restaurant where you have prep cooks and a lot of ingredients on hand, the recipe being manageable, but if you're making it at home, be prepared for a fair amount of prep. That's mainly because it required four cooked ingredients to begin with—barley, brown rice, mashed potatoes, and mushrooms. 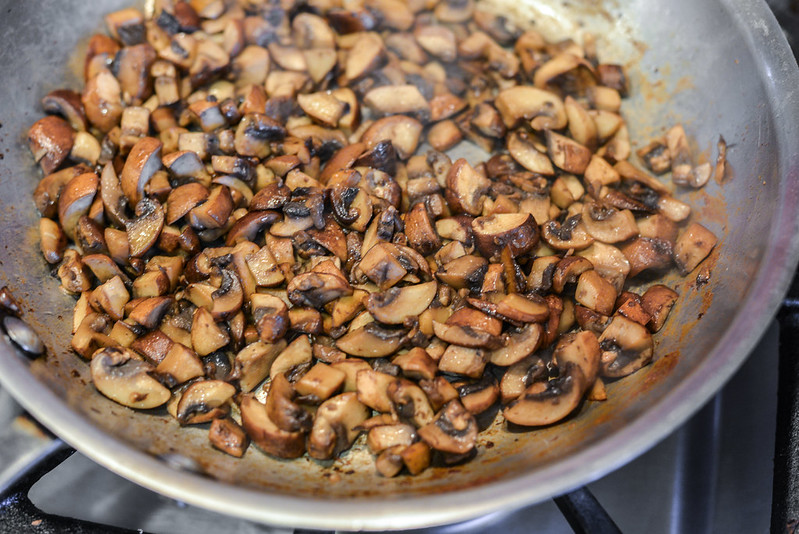 At least the barley and rice are mostly hands off items—I set those to start cooking before I began the rest of the burger construction. The potatoes weren't too much work either, I just peeled and boiled a pound of russets until they were tender, then drained and smashed. The mushrooms required a bit more attention with their cleaning and then sautéing until well browned. 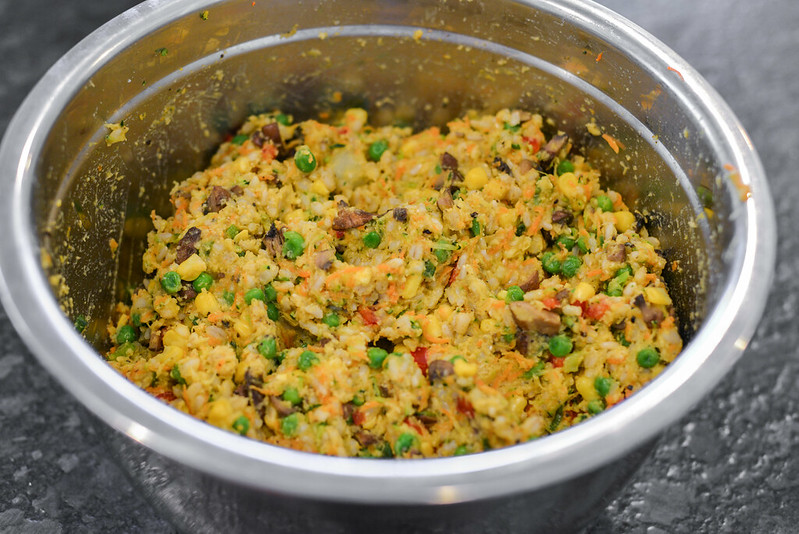 Once all of the cooked ingredients were done and slightly cooled, I put together the entire veggie mixture. This really went all out on the vegetables with carrot, zucchini, corn, peas, scallions, and red pepper. Panko bread crumbs were also used as a binder, and since I was afraid of the burgers not holding their shape on the grill, I also added an eggs to hopefully help them bind together better. Once the veggies were all mixed well by hand, I put the entire bowl in the fridge until it was completely chilled. 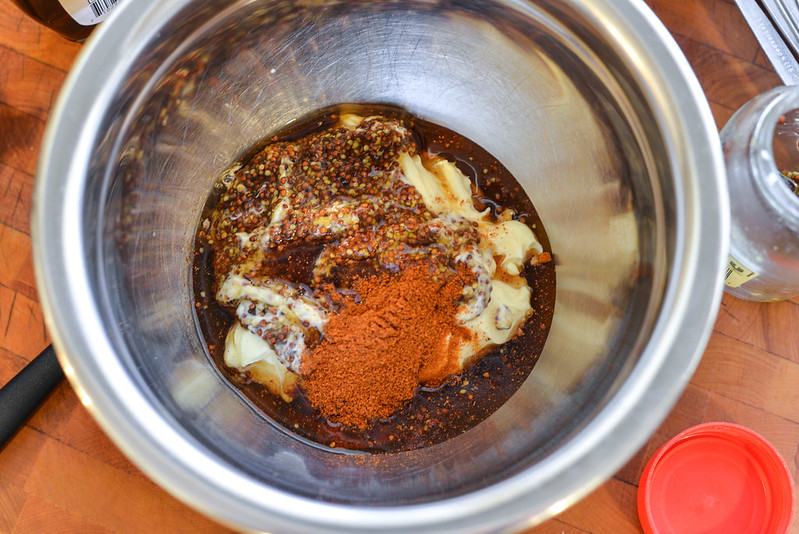 While waiting for that to happen, I made my version of the sauce the Sparrow serves with their veggie burgers, which is a sweet and spicy mayo. The sweetness comes from maple syrup, while the spicy is a combo of whole grain Dijon and cayenne pepper. I tinkered with the quantities until I got something that tasted well balanced and delicious. 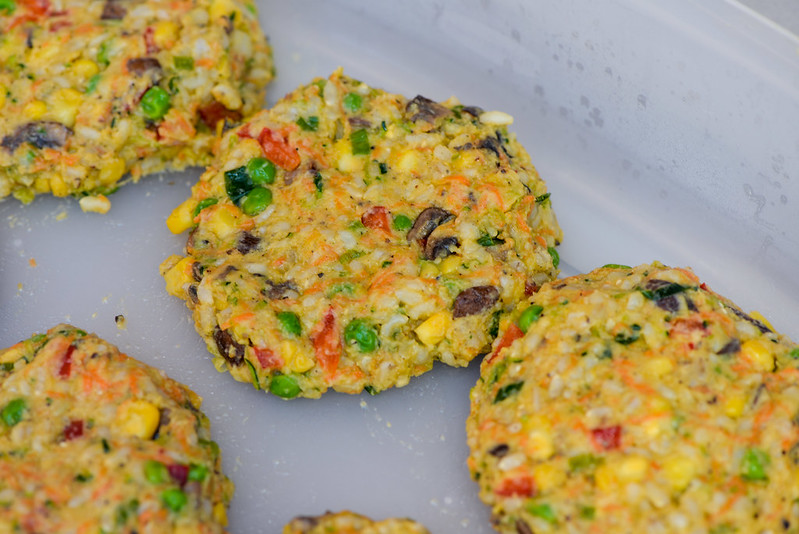 After the vegetable mixture was nice and cold, I formed it into patties, with each patty probably being a little under a cup. I forgot to weigh or measure this step, but I tried to make them about the size of the standard 1/3-pound hamburgers I usually make, in case that helps at all. I then put the patties back in the fridge because I had a bunch of other prep to do for the Meatwave that day, but they can go straight to the grill at this point. 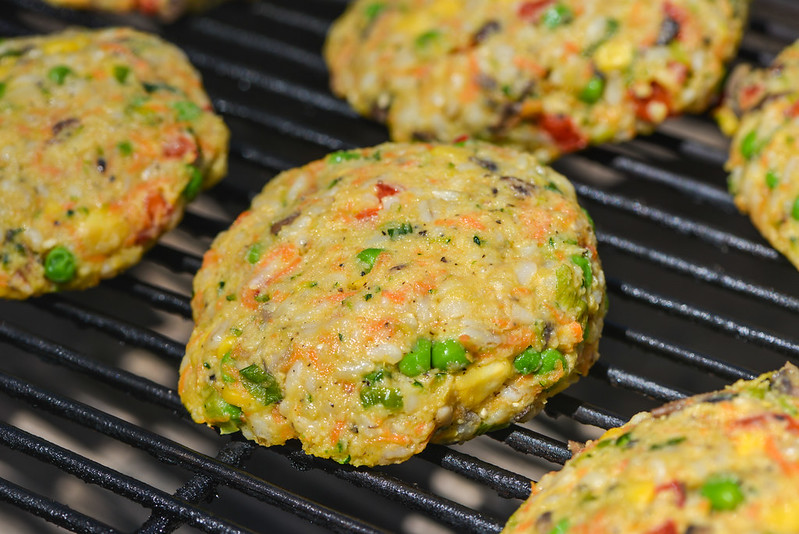 I've actually tried many different veggie burger recipes on the grill in the past and they've all failed. So I went into this hoping for the best, but also expecting the worse. It ended up being a bit of a mixed bag. The Sparrow bakes their burgers before they hit the flat top, so I tried to replicate that on the grill using a two-zone fire, where all the coals are on one side of the charcoal grate, and first roasting the burgers before searing them. 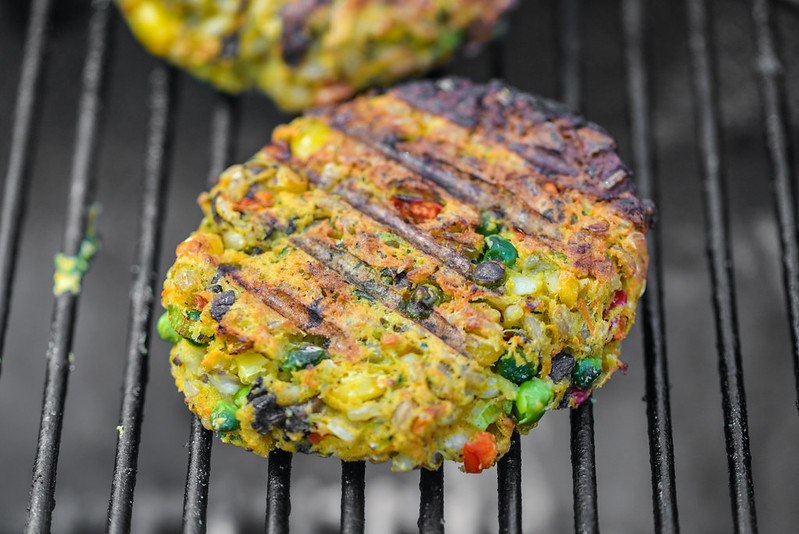 That method didn't completely pan out and what ended up happening was the burgers closest to the fire browned well, held together, and were flippable after about 20 to 30 minutes of roasting. The burgers further from the fire feel apart when flipped, albeit in a salvageable way where they could still be served, which I can't say was the case for previous veggie burger attempts. So in the end I had some pretty perfect burgers and then some much less than perfect, but everything could come off the grill and was edible at the end of the day. 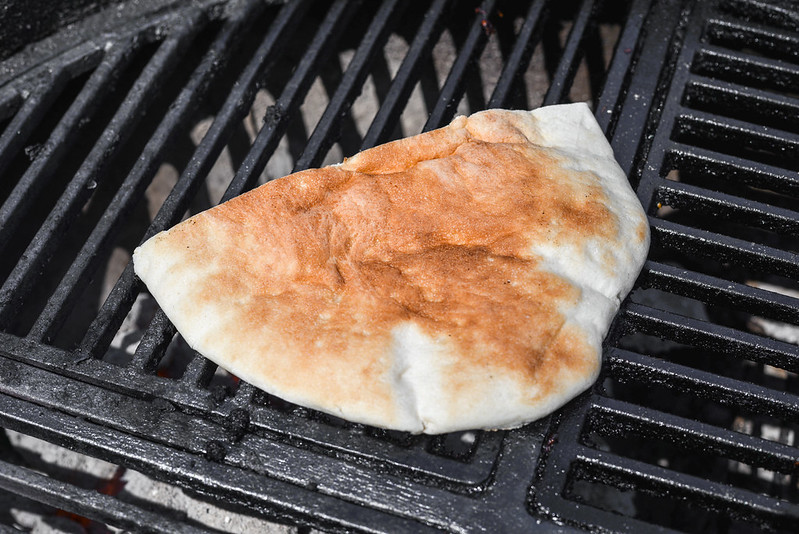 Sparrow also doesn't do their burger in the standard bun—they serve it in a halved pocket pita and stuffed with frisée, so I followed suit here. I think they actually use whole wheat pita, but I picked up my personal favorite local pita, which happens to be white pita. I then halved each piece and warmed them on the grill until soft and pliable before stuffing with the burgers, sauce, and frisée. 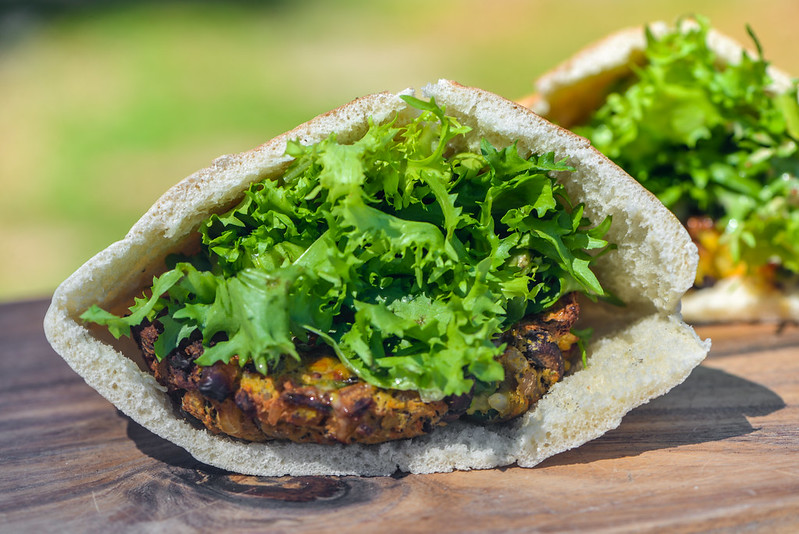 The end result was something that was a burger by name only, and that was most definitely a good thing. The patties were an incredibly flavorful mixture that tasted like what they were, an amalgam of vegetables with all their sweetness and freshness in tact. At the same time, it was very substantial and totally worthy of the "burger" label by the fact that, after eating one of these, you'll be left pretty stuffed. The sweet and spicy sauce and lightly bitter bite of the frisée were also great compliments to the flavors going on in the patty, while the pita felt like a fitting change of pace from a bun—further reminding you this wasn't trying to be a fake version of what's mostly commonly a beef dish, but something unique and true to its own make-up, which is what makes me personally love this veggie burger more than most. 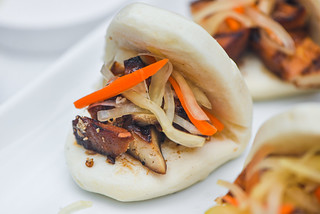 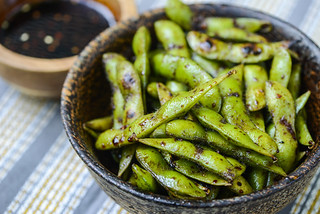