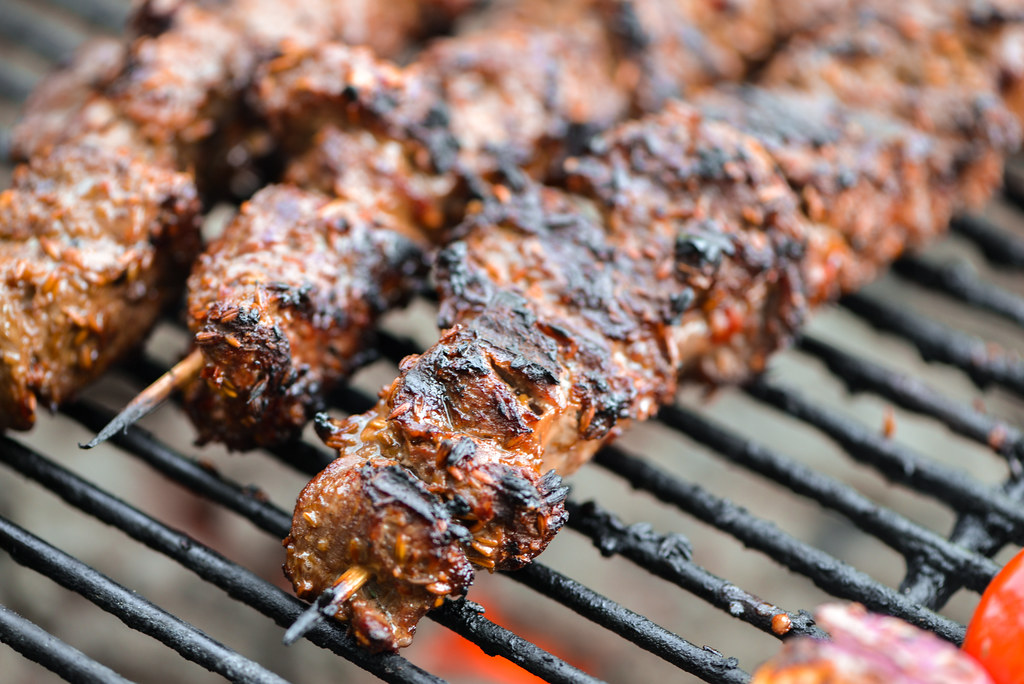 If you're from New York, I doubt you need to hear another love story about Xi'an Famous Foods—a now prolific restaurant that made the cuisine of the northwestern Chinese city of Xi'an fairly well known here. Still, I need to give full credit to them for igniting my love for the marriage of cumin and lamb. This pairing makes up most of their best dishes and are the ones I found myself ordering time and again in different forms under the flickering fluorescent lights in the subterranean Golden Mall in Flushing, Queen where they got their start. These particular spicy cumin lamb skewers are a direct influence of that, bringing together the flavors I'm now quite familiar with onto one easily grill-able stick. 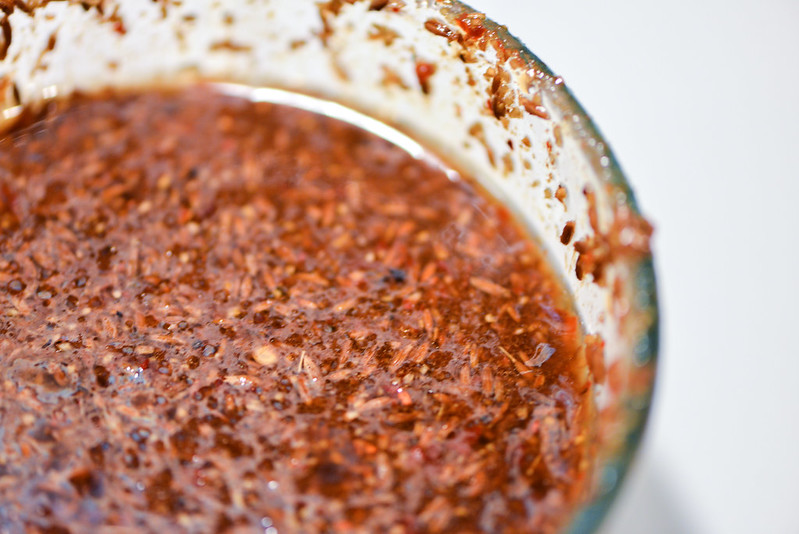 Xi'an sits at what was the starting point of the Silk Road. This location meant the residents saw foods and spices of Middle Eastern decent flow through their Chinese city regularly, which resulted in a cuisine that's a mixture of both cultures and wholly unique. Constructing the marinade for these skewers clearer demonstrated the bridge built that unites both distinct influences.

It started with cumin, of course, and a lot of it. I used three tablespoons of toasted cumin, then ground half of it to release a strong cumin flavor, while leaving the texture whole seeds create in tact. To that I added the more traditionally Chinese elements of soy sauce and sherry, along with garlic, crushed red pepper, oil, salt and pepper. 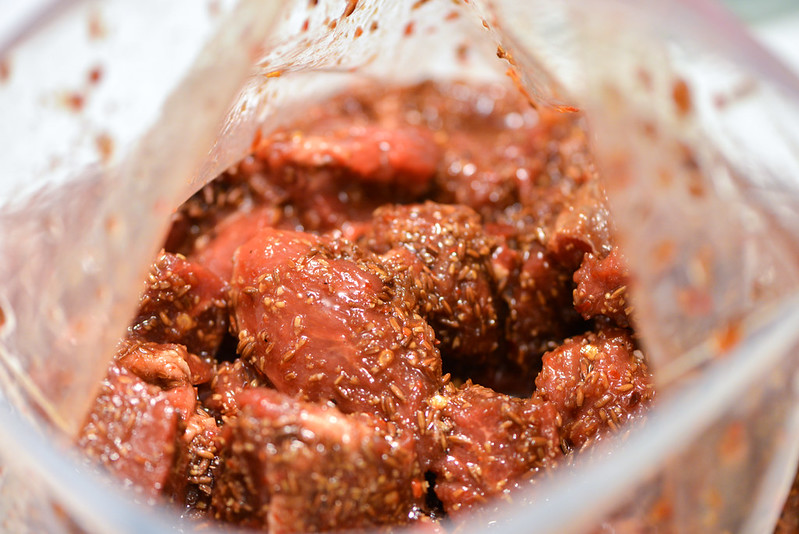 I added this to cubed leg of lamb, another direct influence of Middle Eastern cuisine. A lot of the flavor in this marinade comes from the cumin, which just sits on top of the meat, so the lamb didn't need to rest in the sauce for that long to be fully flavored. I only let mine marinate for around two hours, which was enough time for the sherry and soy sauce to penetrate the outer layer of the cubes. 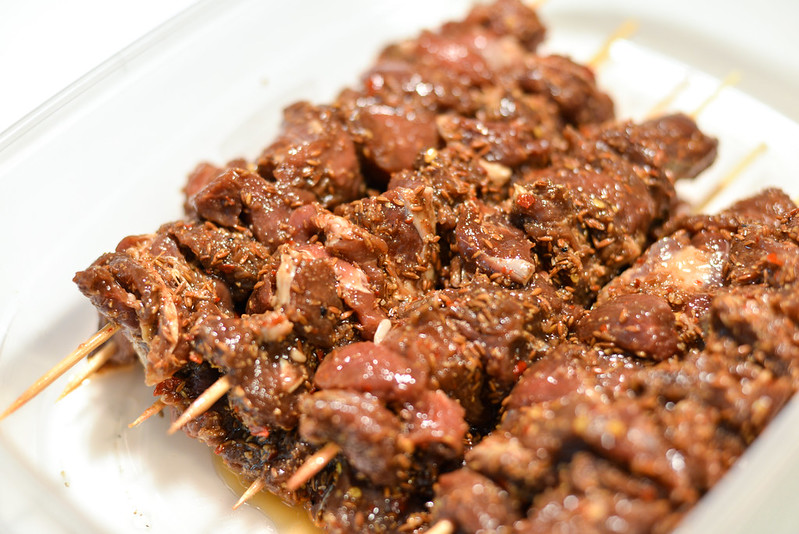 After marinating, I threaded the lamb onto water soaked skewers. With skewering, I like to pile on enough meat so each piece touches the next, but not so much that it's all mashed together and overweighted. Since lamb is best around medium rare, this helps keep as many pieces at the ideal temperature by not allowing heat to hit every side of every cube. 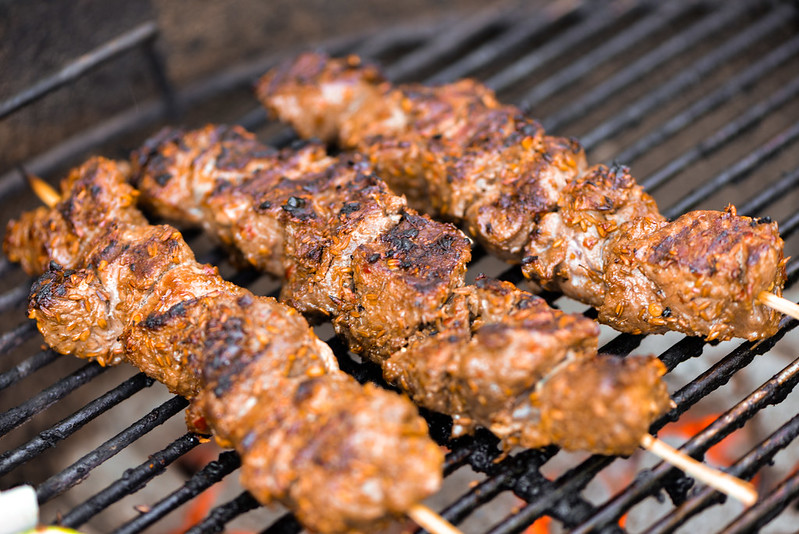 On the grill, I hit these with some medium-high direct heat. This seared each side in around four minutes, while keeping the middle still a rosy red. Like with any seared meat, I then let them rest for five minutes before serving. 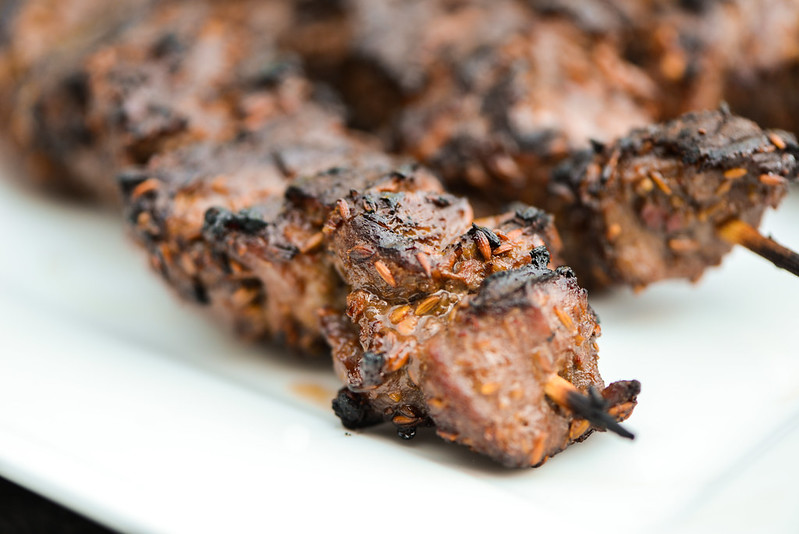 While the dish that originally left such a strong imprint on my heart was noodle-based, I'm happy to say that the flavors work pretty damn well on the grill, too. The cumin certainly stood out the most—the tender lamb chunks were visibly coated in cumin seed—but the other ingredients in the marinade were present in the exterior of the meat as well, delivering an addictive, exciting Northern Chinese flavor experience. 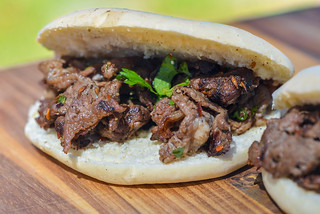 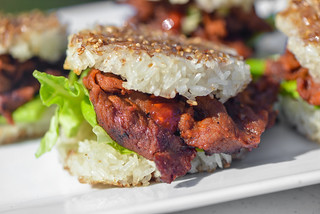 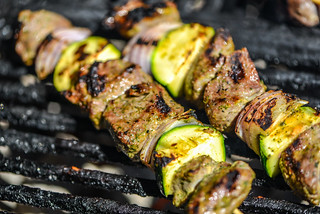