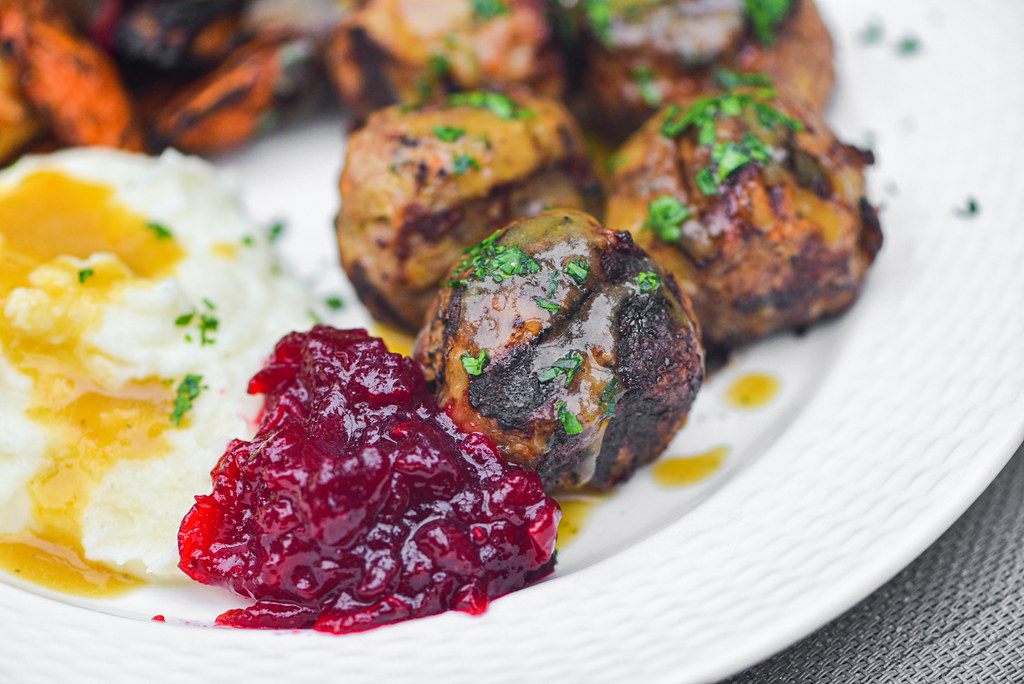 2020 will probably be the year of the small scale Thanksgiving. This year, my immediate family has decided to give it a go at getting together for the first time since last November. While this will be the most people I've hosted at once since the pandemic hit, it's still a far smaller crowd than I usually have over for a holiday where we tend to have a least one set of in-laws join in as well. This got me to thinking that there is likely a lot of folks going even smaller than I am and are in situations where an entire turkey may be more than overkill...so what might be a good alternative to get all those fall celebration flavors in a smaller scale and with less effort? My brain told me that Thanksgiving turkey meatballs with gravy would be a really good answer to that question, so I gave it shot to see how it fared. 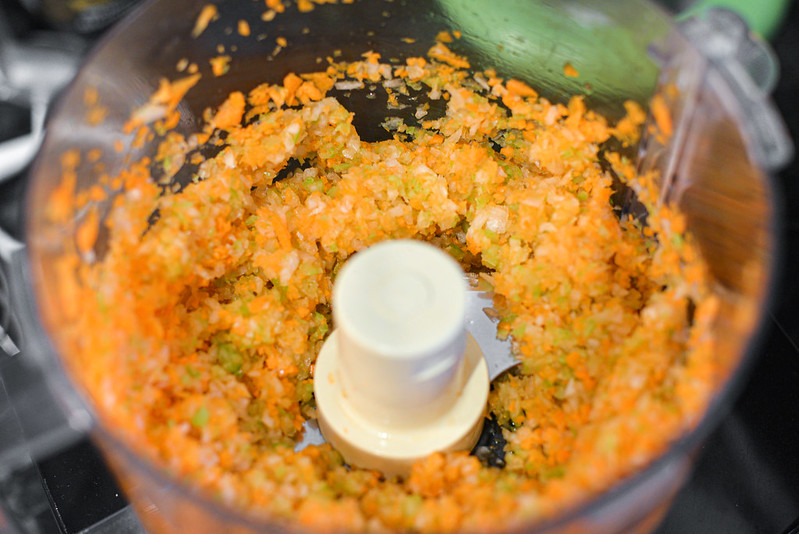 So much of the flavor of the Thanksgiving meal comes from long roasting times that incorporates lots of meat, veggies, and herbs, so simulating that in less time and in smaller quantities is certainly a challenge. I was considering ways to approach the problem and remembered back to a gravy recipe from Cook's Illustrated I tried out when I was first learning how to cook that delivered a deep flavor using store brought broths and some fresh veggies. The recipe starts with the turkey-roasting trinity of carrots, onion, and celery, which are chopped in a food processor for expediency. 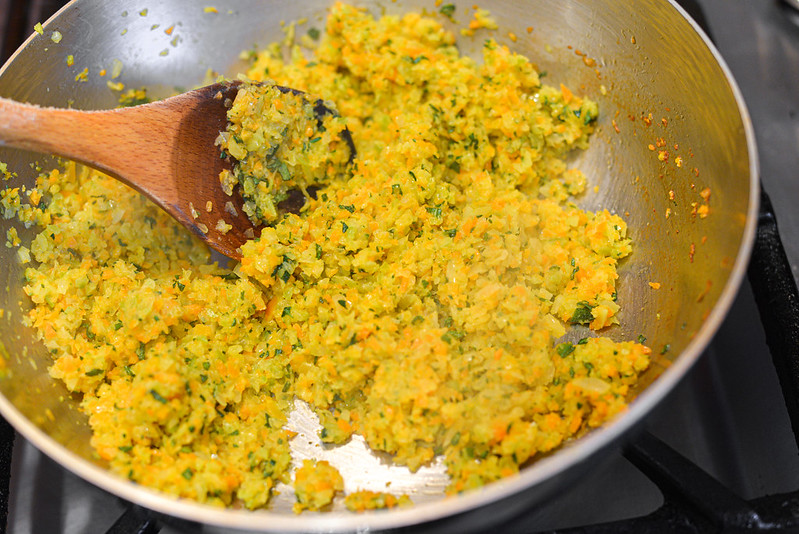 I chopped up more than the original recipe called for, because it seemed apt to use this same veggie mixture for seasoning the meatballs as well. To develop a well cooked flavor, I sautéed the vegetable medley in butter until well softened and lightly browned, then I added in the classic Thanksgiving herbs of sage and thyme. I transferred roughly a third of the veggie and herb mixture to a bowl and then added flour into what remained in the saucepan, whisking it until browned and fragrant to create a flavorful roux. 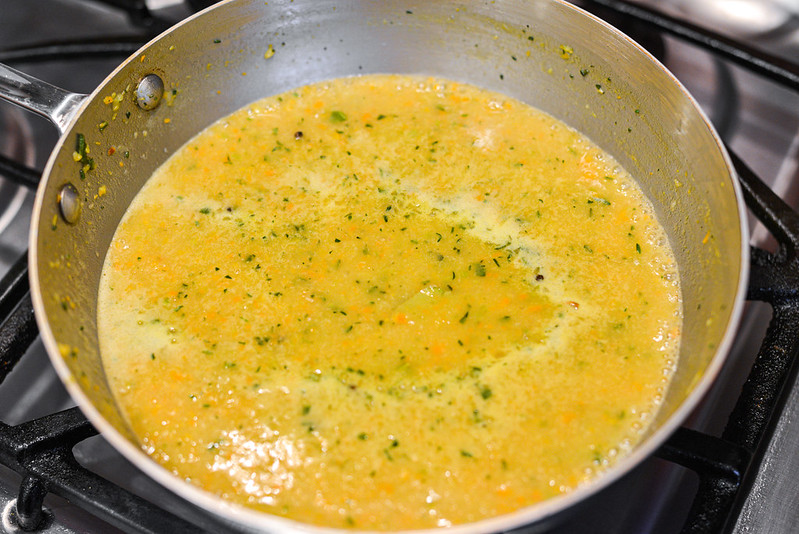 Next I whisked in both chicken and beef broths, added a bay leaf, and let the liquid simmer until it thickened into a nice gravy. The gravy was then strained to remove the solids and I adjusted the seasoning with salt and pepper to my liking. The gravy was a bit on the thin side for my taste, so I used a cornstarch slurry to thicken it up and adjusted my final recipe to add less broth so this hopefully won't be an issue for you. If you find your gravy is a little too thick though, just add a bit more broth to thin it out in the end. 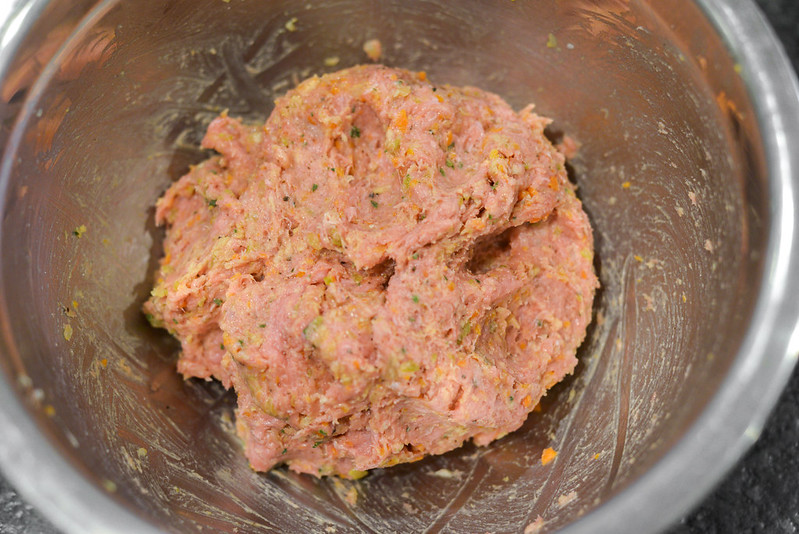 By the time that flavorful gravy was complete, the veggies I had set aside had cooled down and I felt comfortable moving forward with meatball creation. Into the bowl I added in 85% lean ground turkey, an egg, panko breadcrumbs, garlic, salt, and pepper and mixed everything together with my hands. 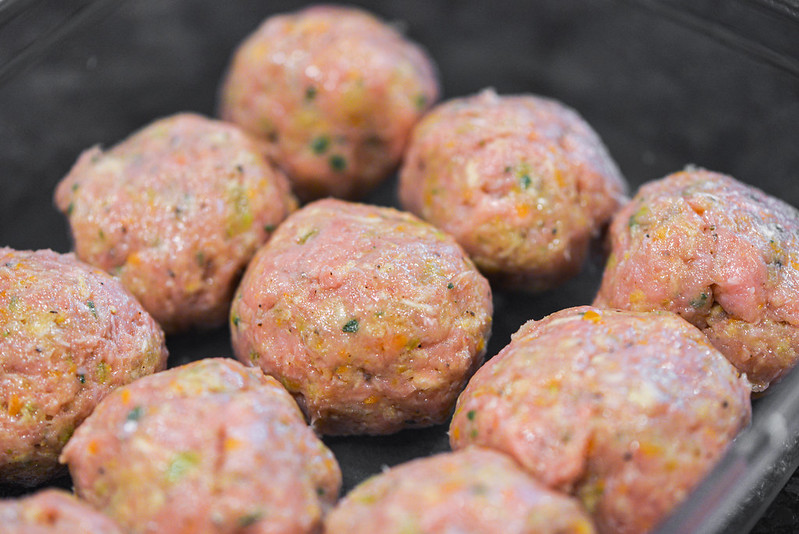 I then rolled out the meat mixture into balls roughly 1 1/2-inches in diameter to make a size fitting for a main course. I had the thought to make these smaller and serve them as an appetizer too, which you can of course do, and then this recipe would probably serve twice as many folks as an hors d'oeuvres instead of a main. 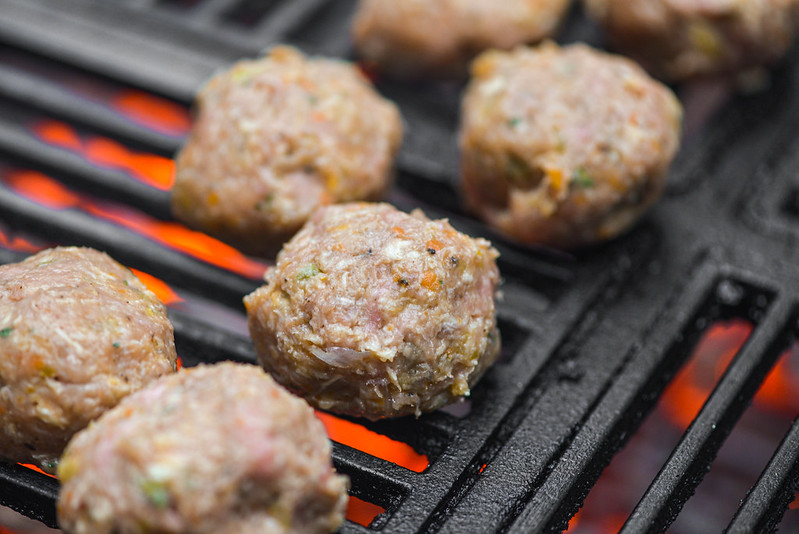 Ground poultry can be notoriously fragile on the grill, but these meatballs felt pretty solid thanks to the breadcrumbs and egg binding them together. It's still a best practice to cook them over high heat, which helps sear them fast to hold their shape, making them less susceptible to falling apart when moving around. So I began these over a freshly lit batch of coals, which cooked them even faster than I was expecting. 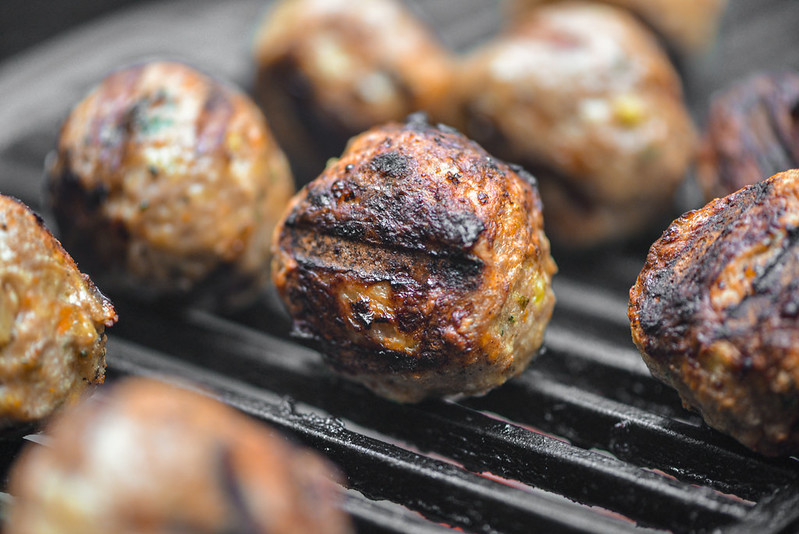 The first side darkened quickly and might have over seared a few of the meatballs, so from then on I kept a closer eye on things and turned the meatballs frequently for even browning without over doing it. As each meatball was done, I moved it to the cool side of my two-zone fire, and once all were there, I covered the grill and let them cook until they reached 155°F in the center, which only took a few minutes for me. 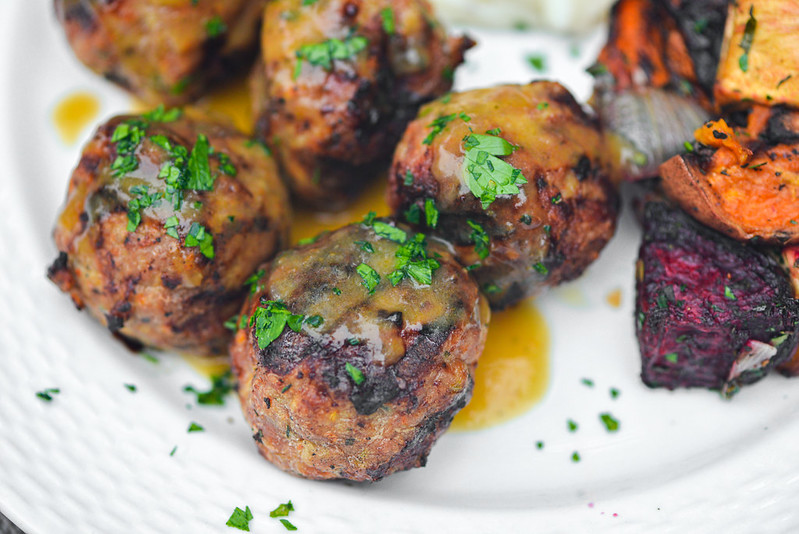 After portioning the meatballs out, I topped them with gravy and added some fitting sides by way of mashed potatoes, cranberry sauce, and roasted root vegetables. I'm sure the entire plate had an influence over my perception, but this delivered so many comforting tastes of the Thanksgiving meal. I felt the veggies and garlic gave the meatballs a very appropriate flavor that gained an all-day roasted character once the gravy was added into the equation. The meatballs were rich and juicy, which made the contrasting cranberry sauce a welcomed addition and really cemented the holiday experience in my mind. I put together the entire meal in a matter of a few hours, with the meatballs and gravy accounting for just a third of that time, but the final plate certainly had that cooking-in-the-kitchen-for-days taste, which was exactly what I was after and something I think many others will be too in a year where preparing their holiday meal for families and friends is more likely than not to be done for numbers that are significantly less than in an average year. 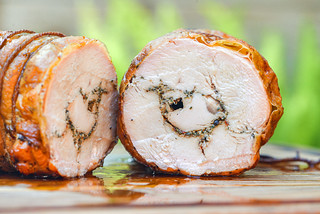