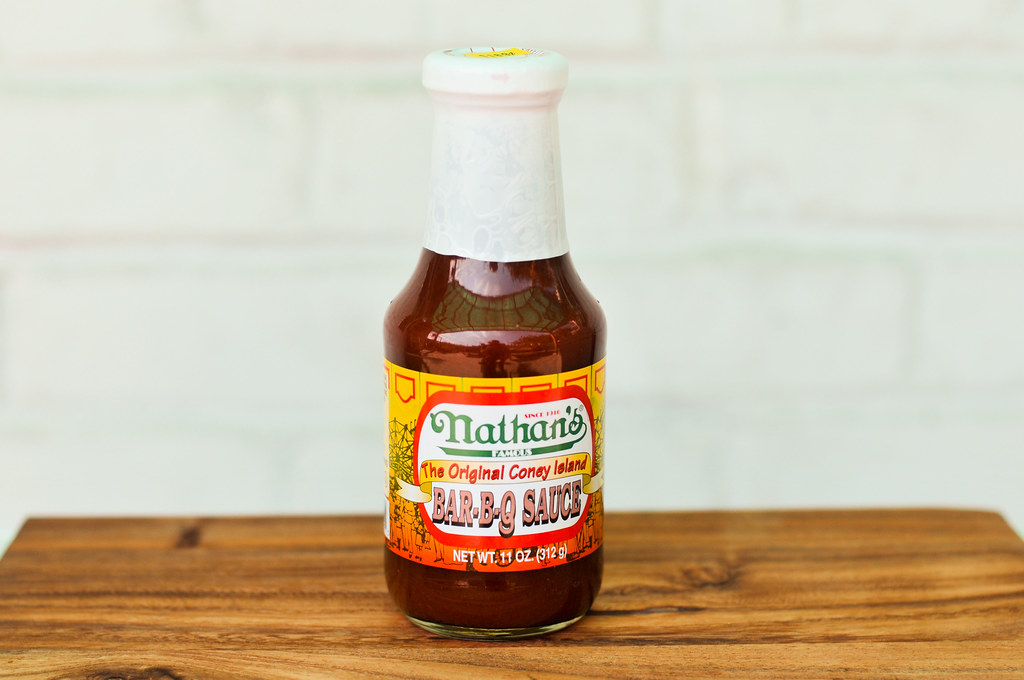 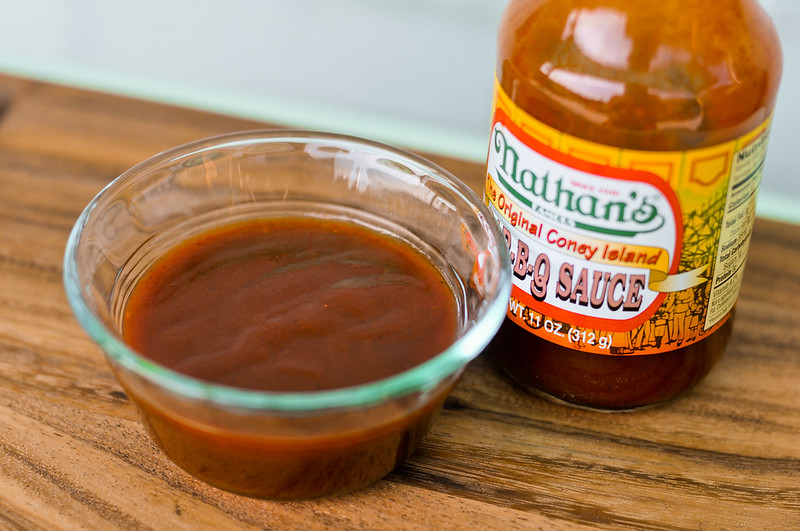 I'm a proud Nathan's lover—I cannot resist getting a couple hot dogs and a big ass cheese fries every time I'm down in Coney. This story of this delicious frank starts in 1916, when Polish immigrant Nathan Handwerker opened a hot dog stand in Coney Island, charging 5 cents a hot dog. The business was an instant success, and the Nathan's brand was born. In 1987, the Handwerker family sold all of their Nathan's outposts, effectively starting their franchise business which eventually spread the famous hot dog to all 50 states and across the globe. Nathan's reach in the supermarket moved beyond the hot dog section when they started producing their own branded mustard in 1996, and today includes products as diverse as pet treats, golf balls, and this barbecue sauce.

I swear taking too many big whiffs of this strong and pungent sauce brought on a minor headache. Despite the listing of natural ingredients, the sauce smelled acrid and artificial and was wholly unpleasant. Vinegar dominates everything else, but it's a vinegar that has seemingly gone bad (can vinegar go bad?).

This smoky, musky red sauce had flowing, medium thickness. It was smooth with not many spices showing through.

Horrid!!! Now I don't like to compare things to stuff I've never tasted before, but my initial reaction was this had to be most akin to used motor oil. I guess I just couldn't imagine this had a flavor that was ever meant to cross a tongue. There was nothing natural tasting to it—the flavor was was way too strong and left a rancid burn in my mouth. I can't fathom how this could even be considered a barbecue sauce, let along packaged and sold. 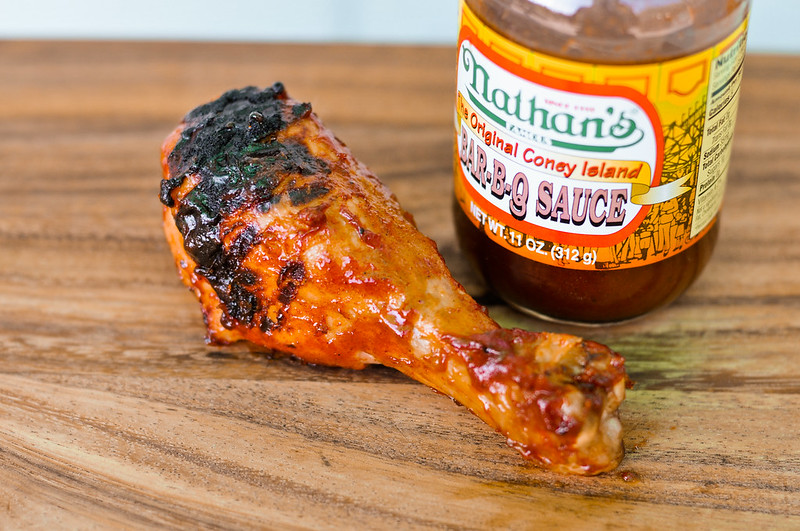 I was considering ditching the sauce after my first taste—forcing myself to eat anymore of it seemed like an exercise is self-torture, let alone bearing witness to letting it bring a perfectly good piece of chicken to ruin. Despite my feeling, I forged ahead and shockingly the sauce lost all of it's nauseating properties after being cooked, but it also did nothing to redeem itself. The sauce never caramelized, it went straight to being burnt over the heat of the grill. This led the chicken to taste mostly of char, and what remained unscathed was mostly sugary.

In no way can I recommend anyone buying this sauce and using it for anything. I teetered on giving it a 1 instead of 0, since it wasn't as bad cooked as it was raw, but then thought better of it, because there's really no reason to pick up a sauce this bad. Stick with the hot dogs, which are diametrically opposed to the sauce—excellently spiced, juicy, and a joy to grill and consume.