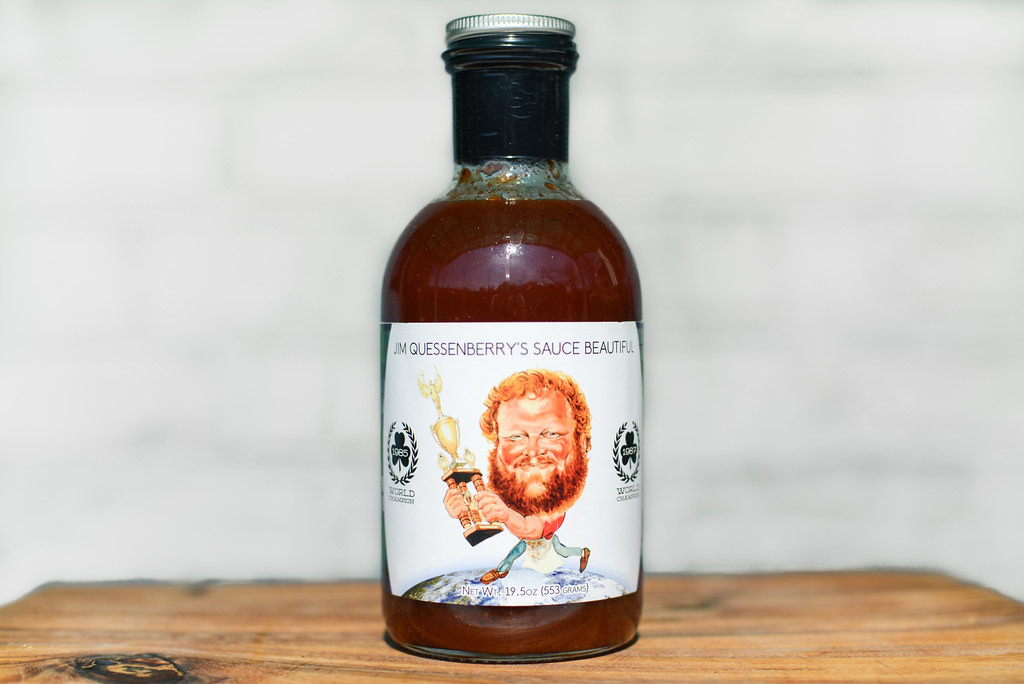 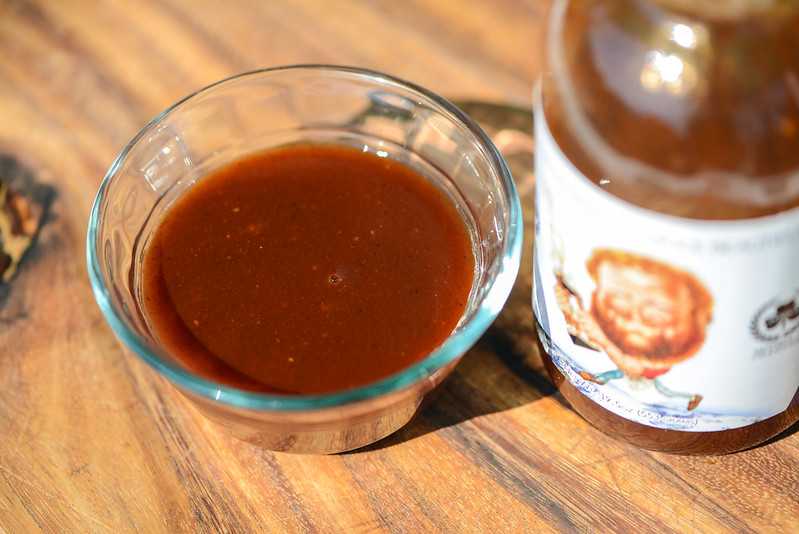 This bottle of sauce was sent to me by Peter Grumbles, one of the four people behind Bluff City BBQ Supply, LLC., an online barbecue retailer formed last year in Memphis, TN that sells everything from smokers to sauces to books and more. Two of the other founders of the company are Michael & Lee Quessenberry, sons of Jim Quessenberry who was a two time Irish Cup International Barbecue Contest champion and at the helm of the Arkansas-based Trav'ler competition team. Jim created this sauce in the 1980's while he was on the circuits, and Michael & Lee recently resurrected it for sale to masses.

The aroma of vinegar abounds in Sauce Beautiful, creating a super tangy character that's strong enough to give the nose a little singe. There's a mild sweetness that balances the vinegar, and a vibrant and fruity tomato smell. Behind those standard barbecue sauce components is a distinct spice that hints at a nice heat with a light, earthy character.

The semi-transparency of this rusty red sauces lets you clearly see the plethora of spice specs that come in white, red, and black. The sauce is also super smooth with a shiny, glossy sheen. It has a thin constancy that's like vinegar with a bit of ketchup mixed in. This thinness translates to a fast, steady pour from a suspended spoon that only breaks up when the sauce has almost completely left the silverware and a few final drips remain. Once the sauce has stopped flowing, there's a thin, transparent coating left clinging that is heavily dotted with spices.

Despite the strong aroma and well seasoned appearance, the first taste of Sauce Beautiful is oddly bland. There's an upfront sweetness that's mild, but strong enough to hold the vinegar back from the get go. As the sauce settles on the tongue though, the flavor ramps up. Quickly, a very nice balance between sugar, vinegar, and tomato takes hold to create a fresh, bright, and clean barbecue profile. The vinegar amps up just a bit more as the sauce lingers, but still never to the extent hinted at by the super tangy aroma, staying in a pleasing companionship with everything else. What does change is the depth the sauce gains from the spices. It starts with an earthy profile that has a background taste of garlic and onion as well. Black pepper begins the build up of heat with it's subdued bite, then red pepper gives the sauce a nice spiciness. This leaves the final aftertaste with a medium heat against a sour vinegar and mild sweetness. 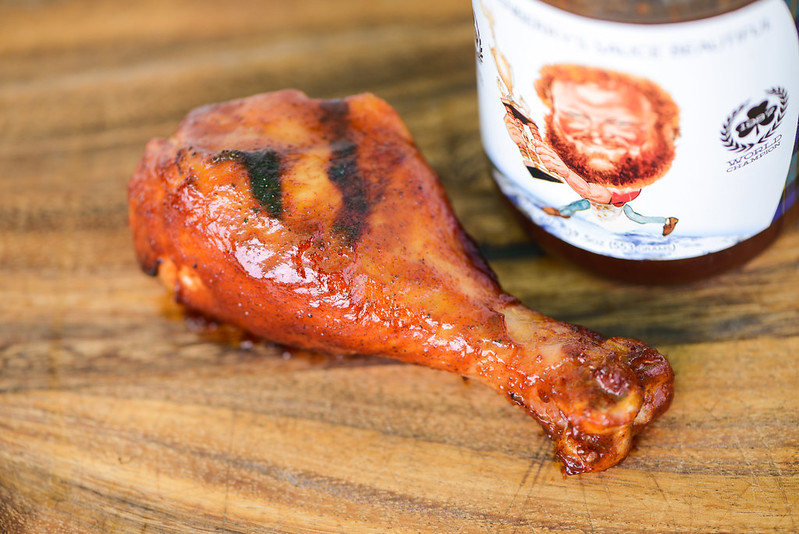 The sauce coated the chicken leg thinly, but evenly. As it sat over indirect heat, it did bake away a bit, leaving more spices than sauce on the chicken. Over direct heat there was light caramelization, and the final brushing I gave the chicken stayed in tact, leaving the leg shiny and beautiful. The flavor remained bright and balanced—a mixture of fresh tomato, tangy vinegar, and a sugary sweetness that was a bit more pronounced than out of the jar. The power of the spices also remained, giving the meat an earthy complexity without muddling those very nice upfront flavors.

Sauce beautiful was originally created as a finishing sauce rather than cooking sauce and it shows. Its thin consistency isn't the best at coating meat, and it also baked away a bit over the heat of the fire. Even so, it still preformed well, delivering quality taste with bright and fresh flavors that struck a really nice balance between them all, creating a well layered, pleasing sauce. My ideal usage would be to slather this over a pile of smoky pulled pork, but it has the promise to do so much more like awakening ho-hum chicken or pork chops, as an alternative to ketchup on burgers, heck, I'd even dip my fries in this!