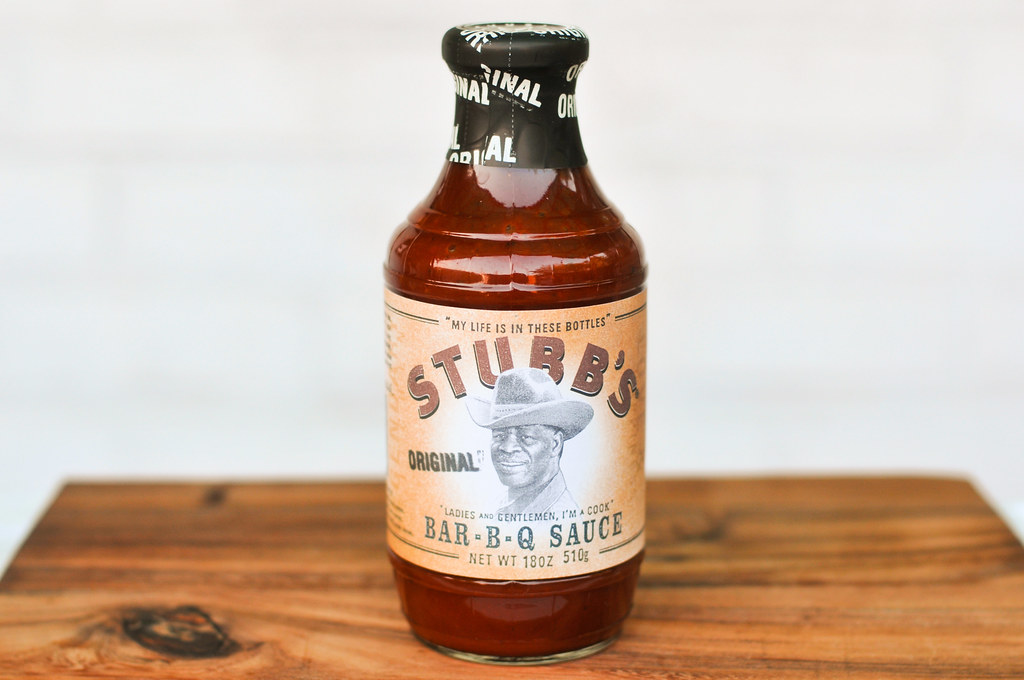 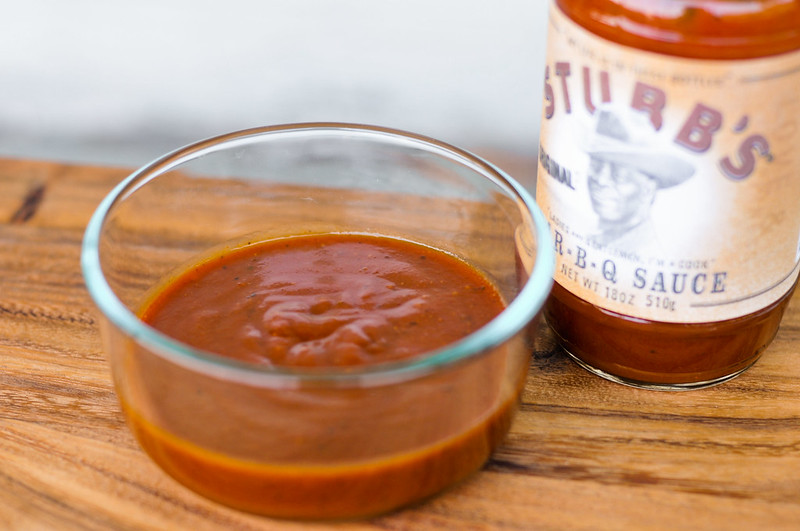 Stubb's got its start in Lubbock, Texas in 1968 when Christopher B. "Stubb" Stubblefield opened his first barbecue joint. His restaurant became known not only for the barbecue, but also for the live music. In the 1980s a series of circumstances forced Stubb to close and relocate in Austin. In 1992, Stubb's gained some national fame follwing an appearance on Late Night with David Letterman, and after that, went on to start a line of barbecue products for the backyard chef. Stubb's passed away in 1995, but his empire lives on with the Austin location and a national offering of six different sauce, six marinades, and five rubs.

Unlike most sauces that have a sweet ketchup smell, this sauce has a deeper tomato base, reminiscent of tomato paste. A strong vinegar mixes with the tomato to define the aroma, and notes of chipotle and molasses round it out.

The thickness is right in the center of my scale, but the sauce doesn't quite flow off the spoon, instead coming down in globs. The sauce is opaque, but with visible specks of what looks like black pepper and garlic or onion powder.

First taste of the sauce is pure tomato, thick and deep like tomato paste spiked with a heavy dose of vinegar. There isn't much sweetness going on, instead you get the bite of vinegar followed by a wallop of heat, tasting mostly of sharp black pepper and smoky chipotle. The sauce has a grainy, gritty feel that bothered me slightly, but not enough to ruin the sauce on the whole. 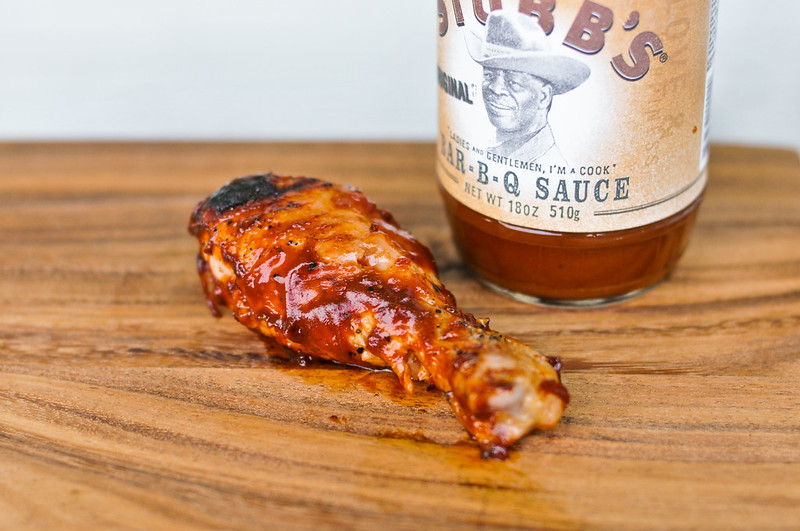 The strong tomato base of the sauce is accentuated after being cooked, with the sauce tasting mostly of tomato and not much else. There was minimal caramelization, but where it did, those pieces had a nice, deep flavor, but the unfortunately, the majority of the sauce that didn't get a slight char ended up being a bit flat, despite the strong flavors that were there before being grilled.

This sauce definitely performed better before being cooked, where there was a lot more going on, but those flavors were a little strong on vinegar and pepper and the sauce a little gritty, which makes it hard to really recommend this for one particular thing. Although in general I didn't hate the sauce, the inability to really pair it with anything definitely puts it further down on my list. Originating from Texas, I could see this going along with beef, where the heavy flavors of the sauce might come into balance with the beef, but I think there are much better sauces out there for this use.