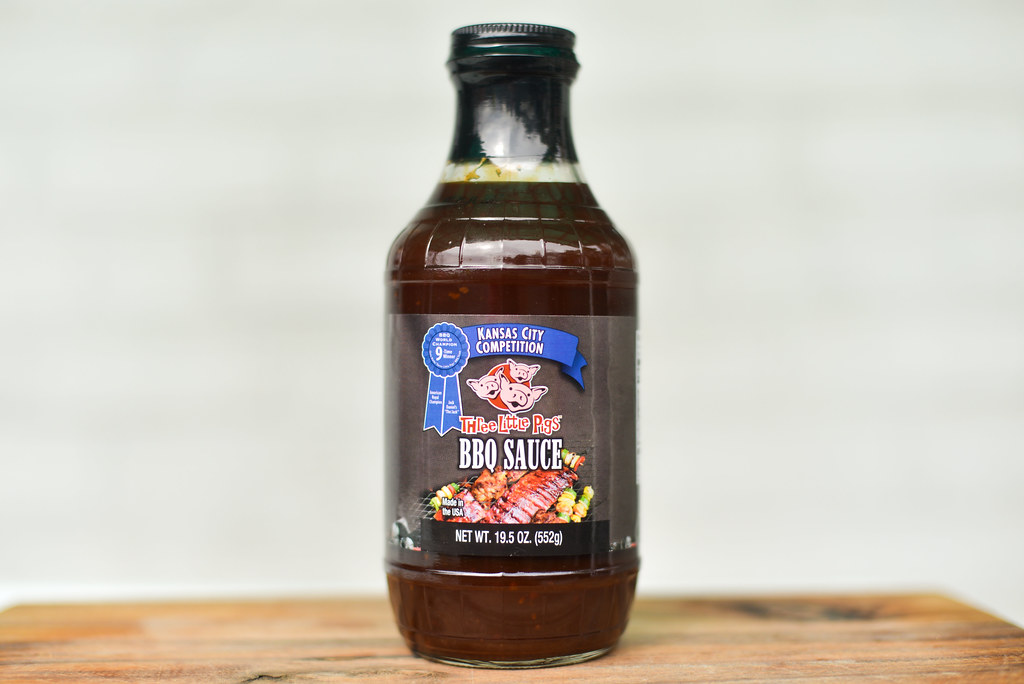 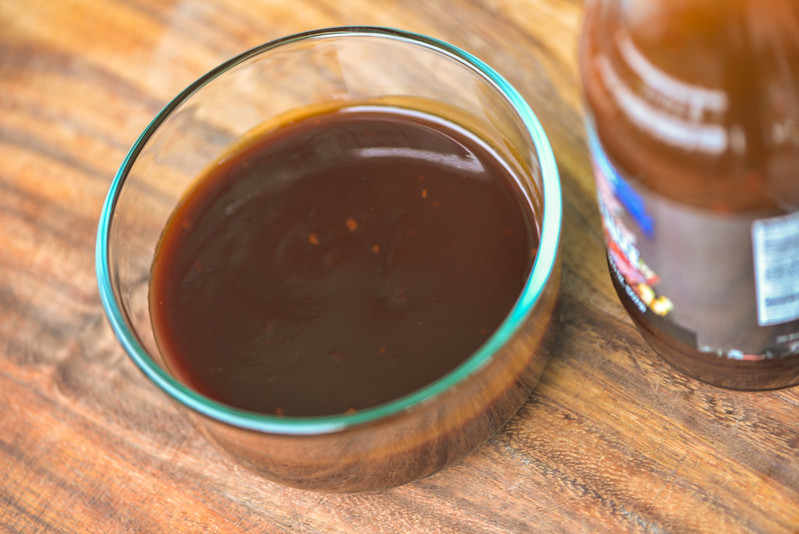 As the name implies, Three Little Pigs Competition Sauce comes from the barbecue team of the same name, led by Chris Marks out of Kansas City. Chris led the team to victory in over 43 national championships, including the American Royal. He's taken that experience and shaped it into a mini-barbecue empire that includes this sauce, rubs, classes, spokesman for The Good-One Smoker/Grill, and one franchised restaurant.

A sweet and sugary aroma fills the nose on first whiff of this sauce, keeping with barbecue competition standards. There's a bright tomato ketchup base along with an upfront, but not too strong, molasses component. Vinegar adds a contrasting tang, but it's light compared to the sweetness that dominates overall. After taking in a few more whiffs of the sauce, a garlicky undertone starts to make itself known, as well as a depth that clearly comes from Worcestershire.

This smooth and shiny sauce has a dark mahogany hue. Its syrupy texture is broken up with some small bits that look like they include garlic, onion, and black pepper. The sauce runs medium-thin, flowing quickly in a steady stream off a suspended spoon, leaving a thin, transparent coating left clinging to the silverware.

Delivering on a promise made by the aroma, this sauce starts out like a spoonful of sugar. It has the tongue coating consistency of corn syrup, but the flavor doesn't follow suit. There's a molasses depth behind the sugar, and a bright and fruity tomato ketchup base. These three upfront flavors begin to mingle with a tart vinegar after a few seconds on the tongue. Things get more complex as Worcestershire makes an appearance, quickly followed by garlic and onion, adding extra bite and texture. Finally a nice heat rounds things out right at the end, but the sugar never really backs down, making the final aftertaste one that's primarily sweet and sugary, with a little tanginess still remaining. 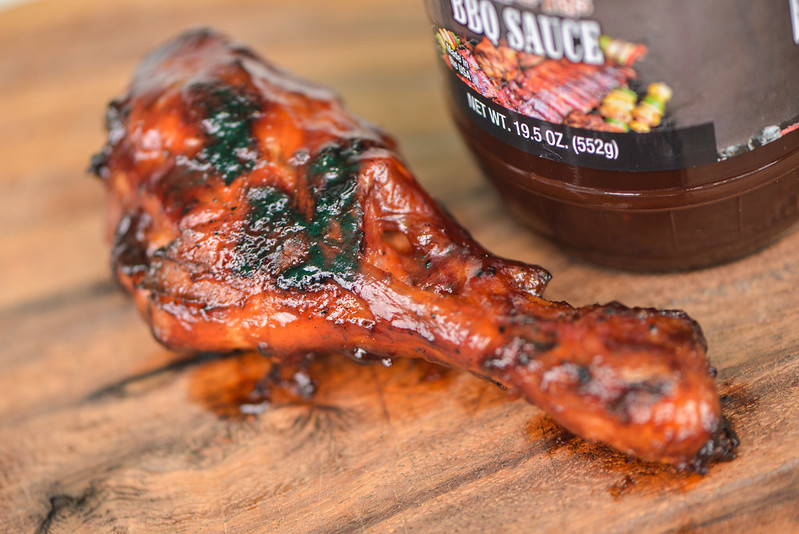 This sauce coated the chicken thinly, but evenly. It baked in well though and ended with a respectable layer of sauce after a few brushings. Over direct heat there was some burning, but nothing major. The flavor kept up its sweetness after being cooked, but a tangy tomato was brought out more, creating a better balance between the main ingredients on the whole. The notable molasses and Worcestershire continued to hold their own, but the light spice out of the jar was absent here, making the cooked leg mainly sweet and tangy.

I was looking to start the new year off with a good sauce, and Three Little Pigs didn't disappoint. While it charted a fairly standard barbecue course, it did so a very pleasing manner. It delivered everything you'd expect—tomato, sugar, molasses, and vinegar—in a balance enough to make it unique but not challenging on the taste buds. It had a bit more going on out of the jar with spices that created a faint heat, but it held its own on the grill where it came into an even better play between sweet and tangy. Overall, it may not make you do a double take in a line-up of sauces, but it will serve you and your meats well either as a condiment or dip. I personally would love this sauce on ribs, where the spices in the bark will provided the extra piece of the puzzle that's absent from the sauce itself to make it exceptional.