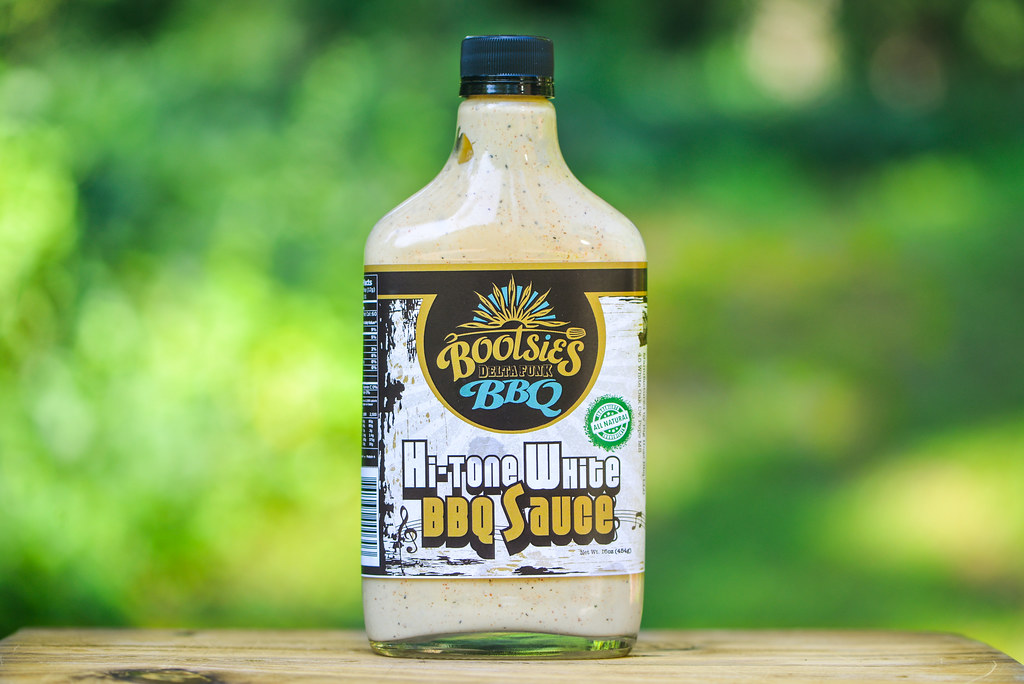 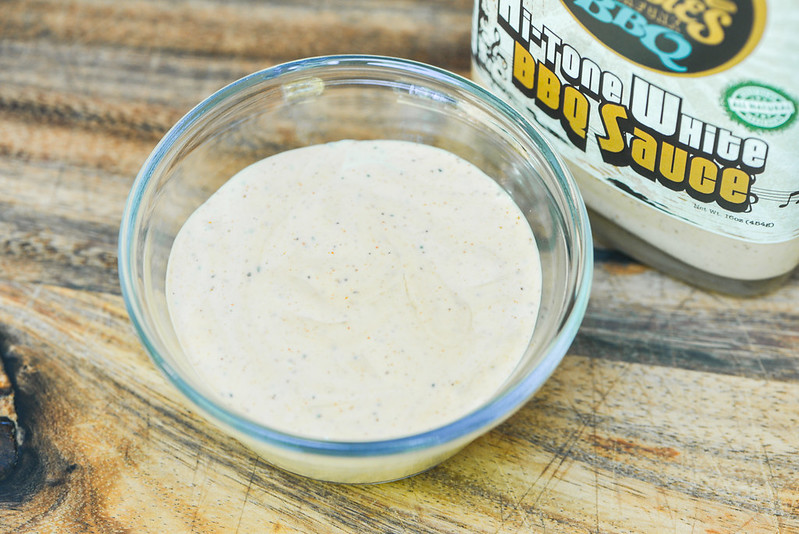 You have to go back 100 years to get to the roots of the Bootsie's story. That's when the family of co-founder Adrian Boyd began developing their sauce recipes in Tunica, MS. It wasn't until a few years ago though, when Adrian teamed up with Peter Grumbles and Anish Elam, that the Bootsie's brand was born, and while the sauces were products of recipes passed down in his family, they also brought in some Indian influence thanks to Adrian's wife, Latha. Today, Bootsie's Delta Funk BBQ is run out of Pope, MS and boasts four different varieties of sauces along with three rubs.

The first whiff makes it clear that mayonnaise is the base of this sauce, but it has a little more tang to it than the average mayo out of the jar. Melding into the vinegary mayo profile is a mild mustard pungency as well as some earthy and slightly spicy peppers. It's a fairly simple aroma, mainly smelling like mayo with some added complexity.

I would describe the color of the sauce as mostly white, but with a tinge of orange to it. It is opaque, but the light color makes it easy to see a plethora of spices in mainly small specs of red, orange, and black. The sauce has a glossy sheen and medium thickness that's thinner than mayo alone. From a suspended spoon, it falls first in one large drip followed by an even and steady pour that takes a few seconds before it switches to quick drips and then ends with a medium coating of sauce left clinging to the silverware.

The first taste isn't much different than a spoonful of mayo—it's creamy, bright, and tangy. As the sauce settles on the tongue though, first a more intense tartness builds up before a mellow sharp and pungent mustard adds more depth. Then the peppers work their way in, starting with a mild heat and earthiness, but gaining more prominence right at the end, which leaves a final slightly spicy and very tangy aftertaste. 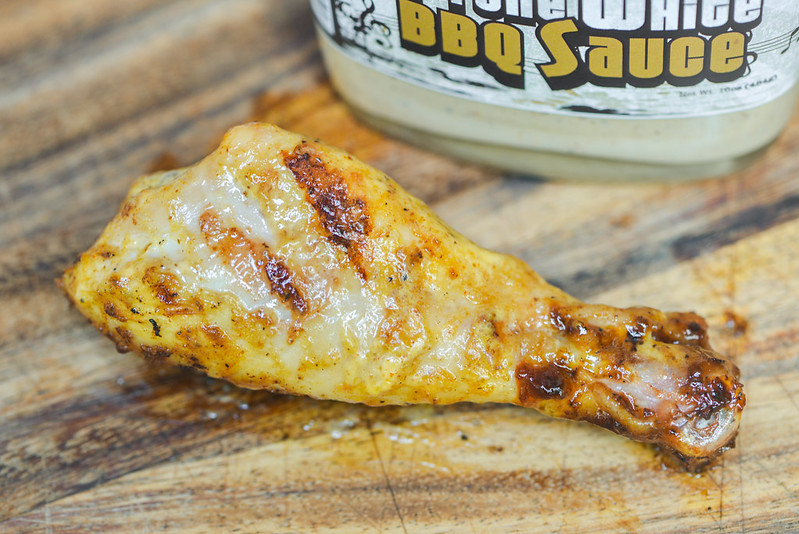 This sauce coated the chicken in an medium, even layer that baked into the chicken well over indirect heat. When moved directly over the coals, there was some light caramelization and no burning at all. Like most white barbecue sauces, rather than altering the taste of the chicken, the sauce acted more like a flavor enhancer. The sauce melded seamlessly with the meat, giving the chicken a rich and lightly tangy taste. There was also just the slightest hit of heat that came out after multiple bites.

From my experience, a good white barbecue should make grilled and smoked birds taste like the best damn chicken you've eaten rather than what you would normally consider barbecue, and that's exactly what this Hi-Tone White Sauce did. Because I knew I was brushing it one during cooking, I knew it was there, but if I had been served this chicken with no insights on how it was prepared, I would have just thought it was some of the most flavorful and rich chicken meat I've ever had. What I particularly like about this white sauce was how good it also tasted out of the jar—it had a consistancy and complexity that made it feel like it would do really great as condiment as well as a baste. White barbecue sauce is designed for poultry, so smoked or grilled chicken, wings, and turkey would be my first recommendation for use, but I also think the sauce would make a killer dip for fries or topper for burgers and more.