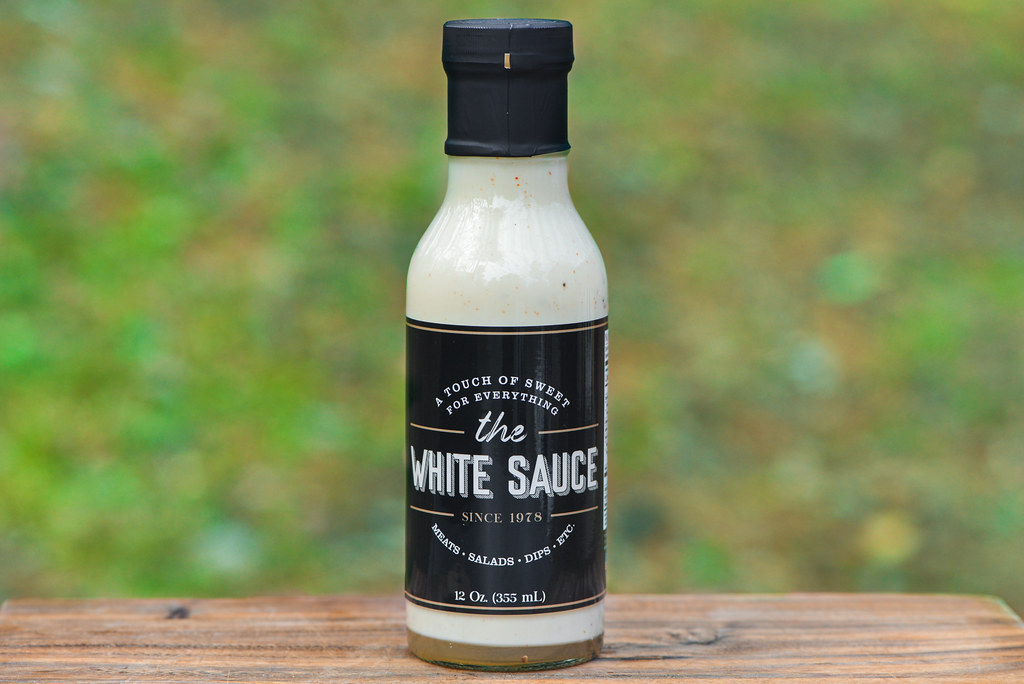 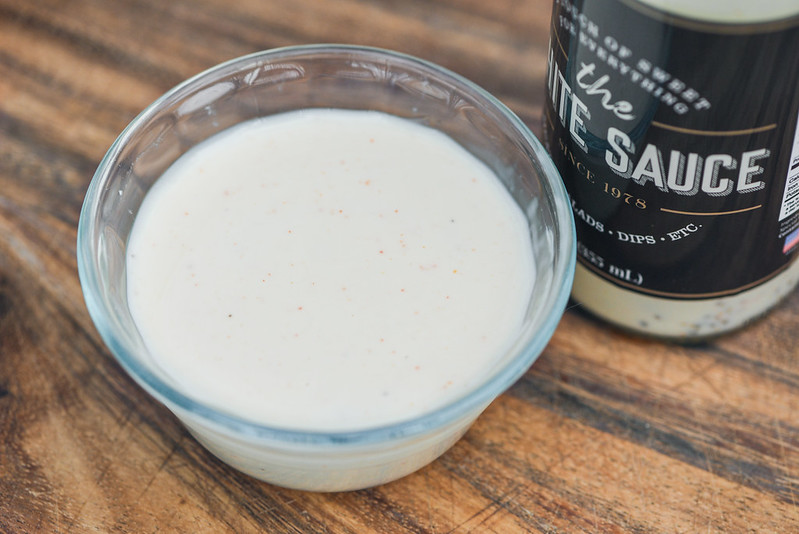 Anna Kempf is at the helm of her family's White Sauce business and is the one who contacted me about trying out their sauce. The family resides in Flintstone, GA, but their sauce gained notoriety just across the state border in Chattanooga, TN where Anna's dad was a baseball coach and manned the concession stand during basketball games, slinging smoked turkey sandwiches adorned with white sauce. This became a hit, and until recently, the sauce was only available at the family's restaurant in Chattanooga, but Anna has begun bottling and selling the sauce online and is in the process of getting it into her local markets.

A simple tangy mayo aroma fills the nose on first whiff of this sauce. There isn't too much beyond those basics here save for a little extra sweetness and the slightness hint of heat, making it have an overall understated and mellow smell.

This off-white sauce is very smooth with a semi-glossy sheen. Its light hue makes it easy to see the spices littered throughout in small red, orange, and black specs. The sauce has a medium-thin thickness and lightly syrupy consistancy, which has it falling from a suspended spoon in a fast, even pour which changes to quick drips once most the sauce has released. A few final slow drips ends the pour, and a thin layer of sauce is left clinging to the silverware.

A creamy, sweet mayo profile is the first thing to hit in the flavor department. As the sauce settles on the tongue, the sweetness finds balance from a mellow wave of vinegar that also helps cut through the richness of the mayo too. That tang increases the longer the sauce sits on the tongue and gains even more prominence upon exit, when a mixture of peppers adds just a touch of heat to the aftertaste. 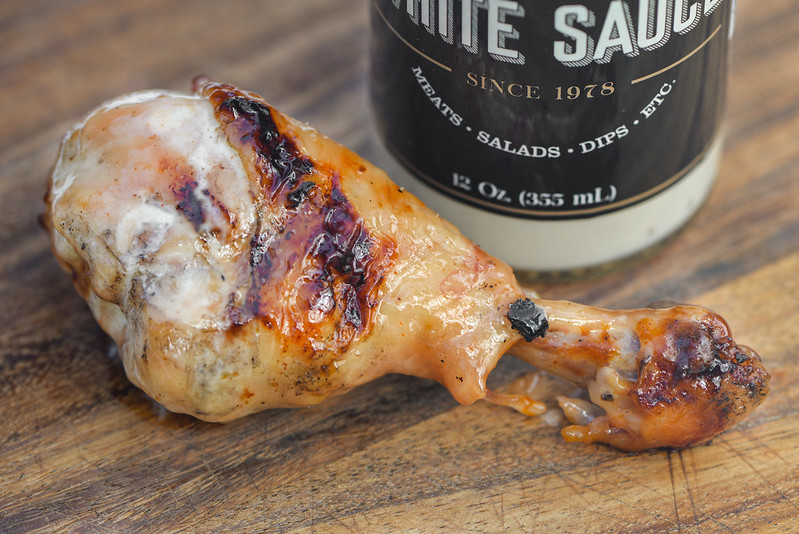 This sauce coated the leg in a thin, even layer that baked into the chicken rather than sit on top of it. There was a little browning that happened over indirect heat, but more color was picked up when the leg was moved directly over the coals. The chicken had a pleasing richness to it that also embedded the meat with that sweet and tangy balance tasted out of the jar. Unlike with most barbecue sauces, this one melded with the meat, acting more like a natural flavor enhancer rather than imparting an entirely new taste.

Chicken is a white sauce's best friend, and this white sauce outputted one incredibly tasty piece of meat for me, making it a best in breed in my eyes. I can imagine white sauce purists may take some objection with the amount of sugar used in this one compared to the tangier and sharper flavor normally tasted. While that can be a definite quip with this sauce, I find it hard to imagine anyone not saying this stuff is crazy delicious. It worked magic on my piece of chicken and I bet it would do the same for other types of poultry as well. White sauce definitely has its limitations in general—I wouldn't really recommend trying it with beef—but it can also do some things a normal barbecue sauce can't. I think this white sauce in particular would be an incredible drip for fries and also a dressing for various salads like potato, pasta, or chicken.