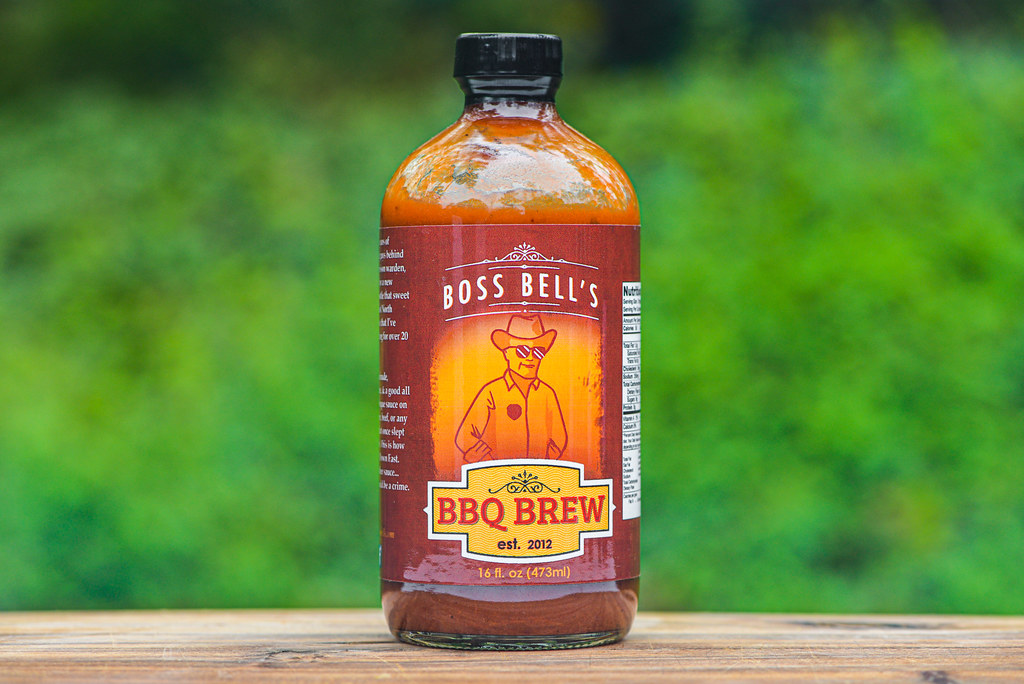 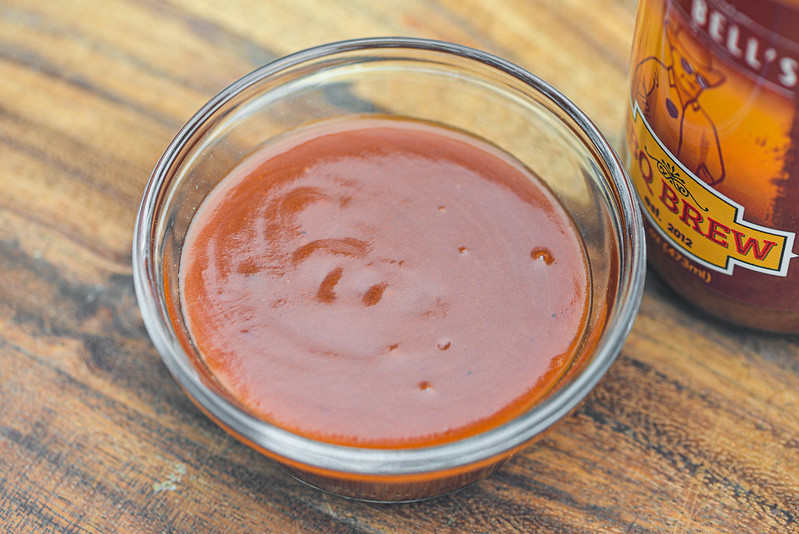 "The Boss" behind this BBQ Brew is Mike Bell, whose past work as a prison warden led to the name and imagery that adorns the bottles. Mike was born into and army family in Spartanburg, SC, which led to a lot of moving around and eventually his own service that included time in Vietnam. He later settled in Eastern North Carolina, where he became fond of its whole hog dressed with a tangy vinegar sauce. He still held onto his initial taste for sweeter, tomato-based sauces though, which led him to create a hybrid of the two styles that became a favorite of family and friends at his backyard cookouts. It wasn't until after Mike had retired, with a little nudging from his wife and help from his two sons, that he decided to start to bottle and sell his sauce, which can be found online as well as in some local groceries around North Carolina today.

The first thing to strike me in the aroma was how different it was from your average sauce, yet it still was undoubtedly "barbecue." There's a familiar tangy tomato smell, but the complexity behind it had me scratching my head a bit on what was at play. This lead to a lot of notes that included -like: there's a strong Worcestershire-like depth, mustard-like pungency, and soy-like savoriness. Along with all of those layers, there was also a very light smokiness and mellow hint at hot peppers to complete the barbecue profile.

This rusty-orange sauce is glossy with a mostly smooth texture broken up by some larger spice chunks here and there. The sauce is opaque, but you can still see a lot of spices in small and large red, white, and black bits. The sauce's thickness hits just south of the center point and it falls in a quick and steady pour from a suspended spoon. Once most of the sauce has left the silverware, the stream changes to fast drips, then ceases and ends with a thin coating of sauce left clinging.

Like the aroma, the unique taste of this sauce is noteworthy. It starts with a lightly sweet tomato with an added fruitiness that's difficult to put your finger on. Then quickly vinegar balances with the sugar and eventually overtakes it to make the flavor more tangy than anything. At this time, there's a lot of background players that meld together to create a strong savoriness and complexity that was difficult for me to decode. What I could discern were oniony notes, smokiness, and an earthy pepper that turns spicy at the end. When you combine that with a tang that only increased over time, the final aftertaste had the strong Eastern North Carolina stamp of heat and vinegar. 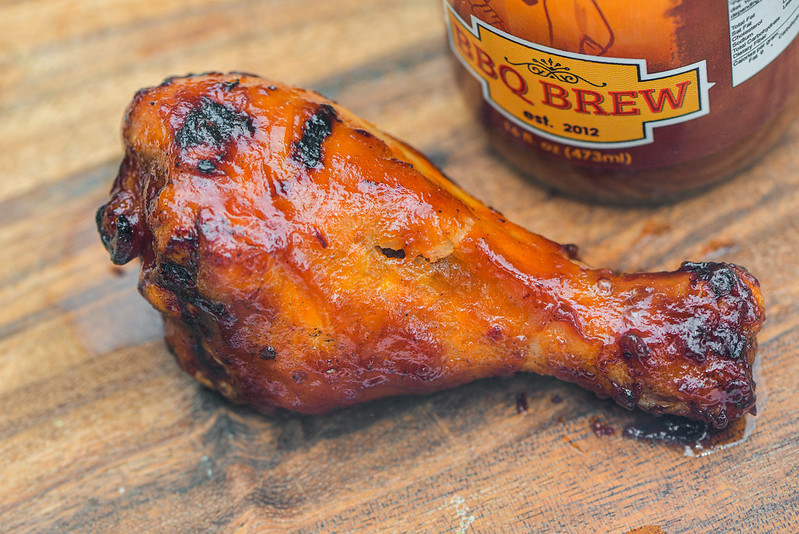 The sauce coated the chicken in a thin, even layer that baked down well over indirect heat. When moved over the coals, there was light caramelization with no loss of sauce. The flavor after being cooked maintained those complex barbecue layers, although slightly diminished in power. The chicken had a sweet tomato taste with an equal amount of tang and a contrasting pungency. The additions that gave the sauce a nuanced savoriness out of the jar became a bit lost post-cooking.

I'll be honest, I'm not sure if this sauce found my affection because it tastes different than anything I've tried before, of if it's really just that good. It's probably a mixture of both, and I think you'd be equally impressed if you picked up a bottle and gave it a try. It was really trying it on its own, in its raw state, where I could taste all the nuances that made the sauce really interesting to me—once cooked, it kind of became your standard barbecue sauce, albeit a very good one that I wouldn't mind slathering on my chicken or ribs. Still, because there was more that made this sauce special out of the jar, I'd think of it as a dip or condiment first, and as a grilling slather second.