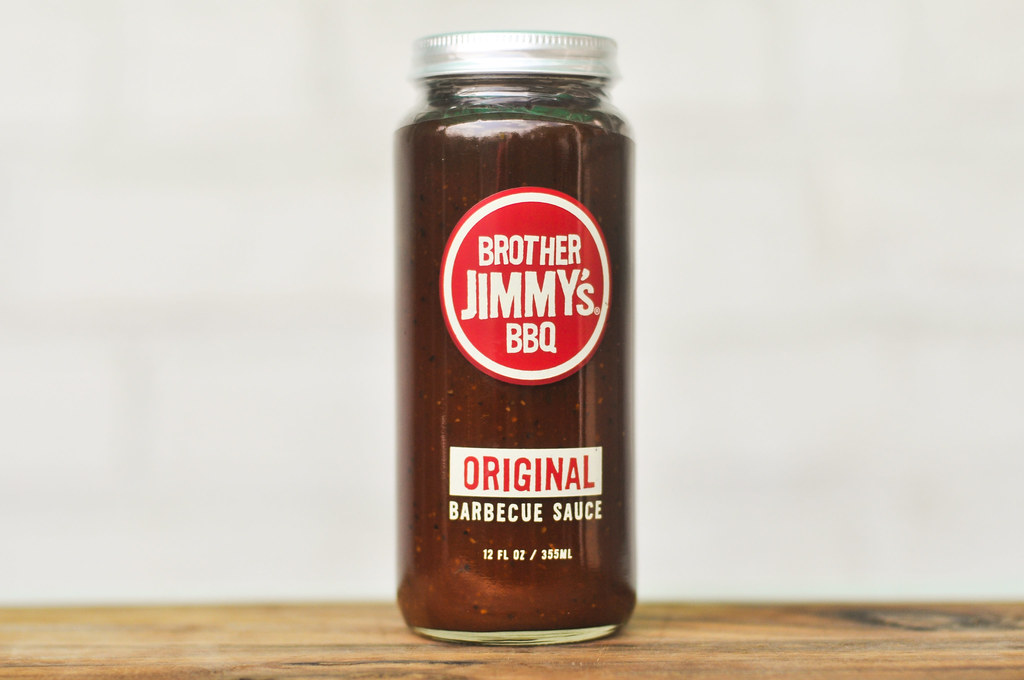 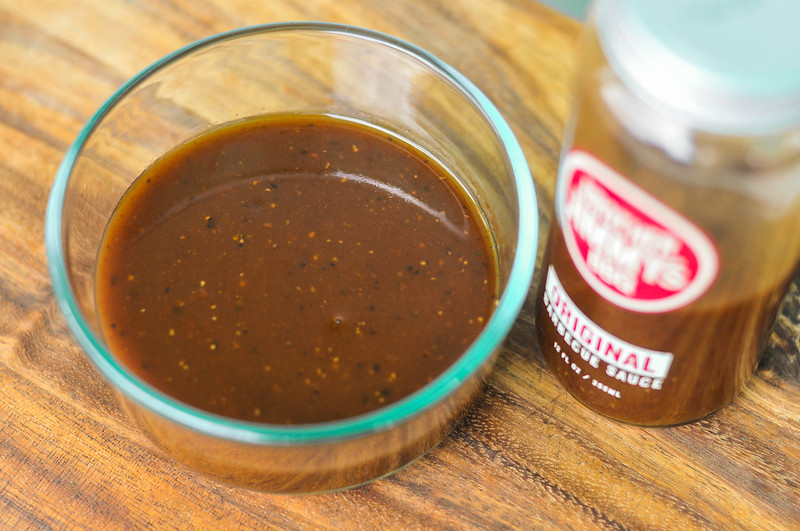 Brother Jimmy's is a New York City-based franchise that's been going strong with its North Carolina-inspired barbecue for over twenty years now. This past summer, Brother Jimmy's was kind enough to host me and a few other bloggers at a lunch in support of the release of their cookbook. While there, I had the fortune of finally meeting my Twitter buddy and executive chef Eva Pesantez, who made sure I had a few bottles of sauce to go home with for testing and giving away. The launch of their cookbook is just the latest step in their ever expanding business, which now has eight restaurants and an online store that boasts four different sauces in a large line of consumables.

Keeping with North Carolina tradition, this sauce smells heavily of vinegar. The sharp tang gives a slight burn to the nose, and ends on a bit of a sour note. There's also a tomato aroma that's deep like tomato paste, with only the slightest hint of sweetness.

This sauce has a texture of vinegar thickened slightly with ketchup. This gives it some body that lets is flow smoothly, in steady stream, off a suspended spoon, with just a thin layer of sauce left coating the spoon. While dark maroon in color, the sauce is semi-transparent, which lets you clearly see the tons of black pepper specs, along with various other spices.

This is a vinegar sauce through and through. While there's a faint sweetness on frist taste, that quickly turns to a vinegar tang that builds up over time and starts to burn the tongue. A tomato flavor mixes with the vinegar in the middle, and there's a heavy spice—primarily black pepper—that ends the sauce on hot note. Once all the sauce has left the tongue and the heat begins to fade, a pungent and sour aftertaste remains. 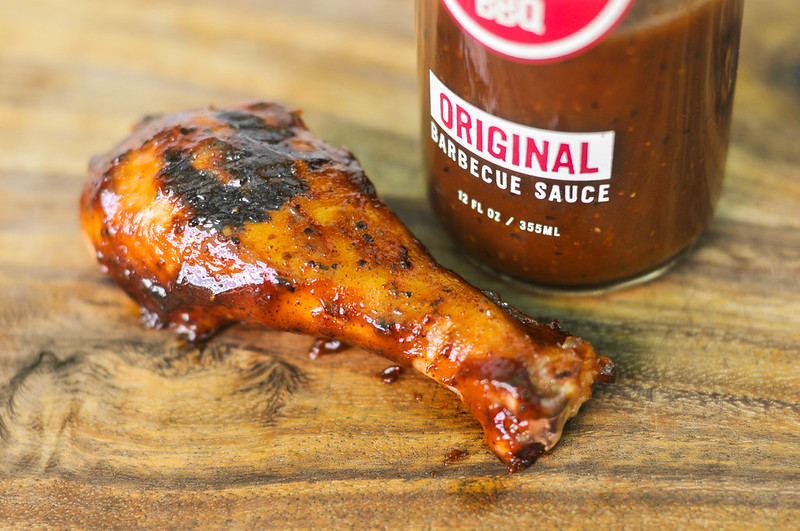 Being a thin vinegar sauce, Brother Jimmy's coated the chicken very lightly. It took many brushes until the sauce finally started to build up and bake in. Then, when introduced to direct heat, that coating started to burn pretty quickly. Some more sweetness was coaxed from the sauce after being cooked, but it was still vinegar that stole the show. This was to a fault though, since it also veered into sour territory like out of the jar. Along with the vinegar, the other strong characteristic was the sharp peppery bite that ended each bite with a nice kick.

While North Carolina barbecue is Borther Jimmy's thing, this sauce suffered a bit of an identity crisis between its Southern roots and Northern upbringing. Like a Central or Western North Carolina sauce, this one featured vinegar along with a tomato component, but while I've found the more traditional sauces strike a nice balance between tang and a ketchup sweetness, Brother Jimmy's tomato was more deep and less sweet. This tomato paste flavor mixed with heavy vinegar made the sauce too sour in my opinion, although I did like the strong peppery bite at the end. I would be cautious using this sauce, since its strong tartness can quickly over power meat. A drizzle on heavily smoked pulled pork would be the ideal use, and I'd skip using it on the grill with direct heat, where the sauce burned a little too quickly.

All these sauce reviews are merely my opinion, and I love nothing more than hearing what other people think as well. So I'm happy—with special thank to Brother Jimmy's—to be able to give away a bottle of this sauce for you to try out yourself. To enter the giveaway, comment on this post with what you're most looking forward to grilling in 2013. Deadline for entries is 11:59pm on Tuesday January 8, 2013. Read the official rules for more details. One entry only per individual. Good luck! 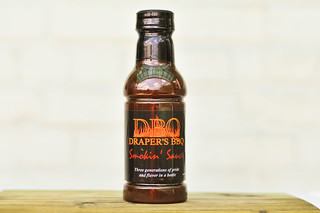 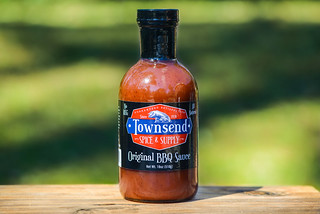