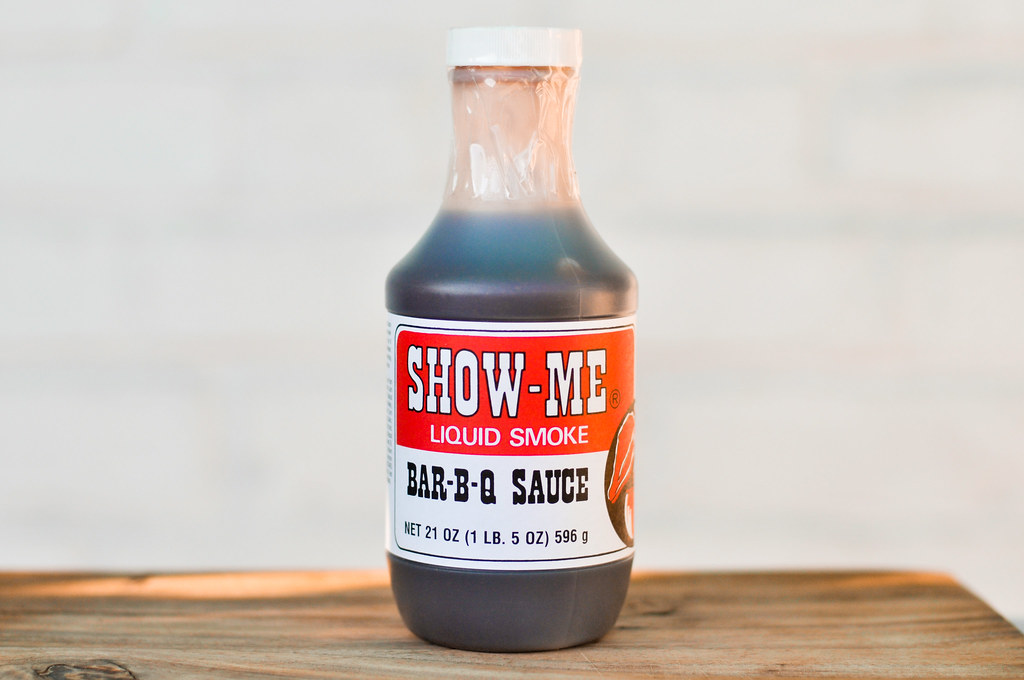 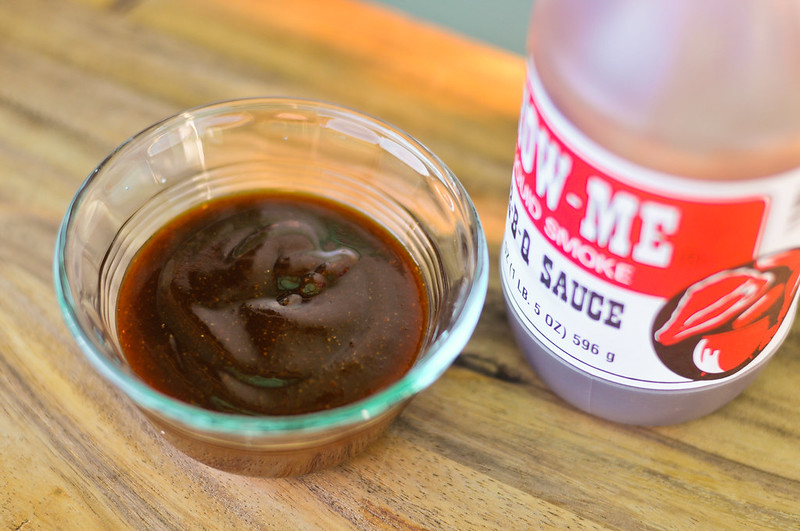 This was the second of two sauces generously sent to me by Meatwave fan Betsy. While the first, Spicewine Ironworks Blue Collar, looked legit, I was dubious about this sauce, which had a very homemade feel to it, down to the lid that was taped shut. Turns out I was right with the homemade, but off with questioning the sauce that lay inside. This sauce goes way back, started in 1975 by Harry Berrier of Columbia, MO. He developed the sauce to solve the problem of not being able to get a good sauce off the shelf, and after a strong response from friends, set-up shop in his basement, where the sauce is still made today. Having a background in veterinary pathology, Harry used his science knowledge to develop a sauce with a perfect PH balance to prohibit growth of bacteria, making it completely shelf stable. Still going strong today, 37 years later, he has a developed a dedicated and diverse following for his sauce—available mainly in local groceries and by phone orders—while still staying small.

There's no mistaking the liquid smoke in this sauce, which is the first and last things you smell when taking in a large whiff. While the smokiness is strong, it's not pungent, with a hefty sweet ketchup keeping it at bay. There's also a second billing of Worcestershire, which hides behind the smoke, but is still easily discernable.

This burnt red, medium thick sauce is smooth with a syrupy consistency. It flows in a slow, but steady stream off a suspended spoon, with a fair amount of sauce left coating the spoon in the end. There are a lot of visible spices in this sauce as well.

I fear liquid smoke, but somehow this sauce has been able to hit that note heavily, while retaining a smooth flavor. Sweet, tart, and smoky are the up-front flavors here, all which work together in a great balance that's consistant from start to finish. Towards the end, the tartness does start to be more dominent, and this is where the chili powder and garlic comes in, leaving a spiced taste that isn't hot. 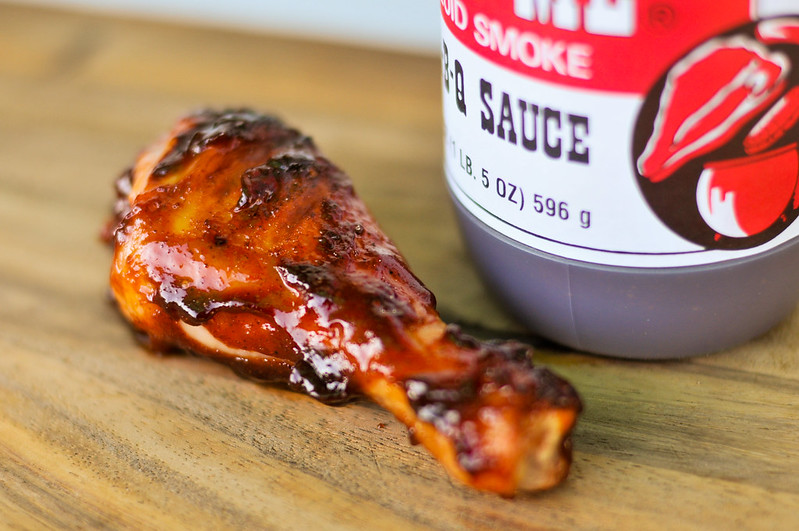 All of the flavors of the sauce held up on the grill, as it baked in well and then beautifully caramelized, leaving one pretty piece of chicken. The sauce added a robust flavor that was mainly sweet and smoky, with the tartness easing its way in a little. Overall, this sauce created one flavorful barbecue chicken.

Dubious about the packaging, and fearful of anything with liquid smoke, I was taken aback with just how much I ended up enjoying this sauce. Yes, the smoke flavor is strong, but it's not pungent like many liquid smoke sauces, and strikes a great balance with the sweet ketchup and complex Worcestershire. It was great on chicken, but could do so much more. The bottle suggests it on hamburgers, roasts, and meatloaf, so those are some good places to start.