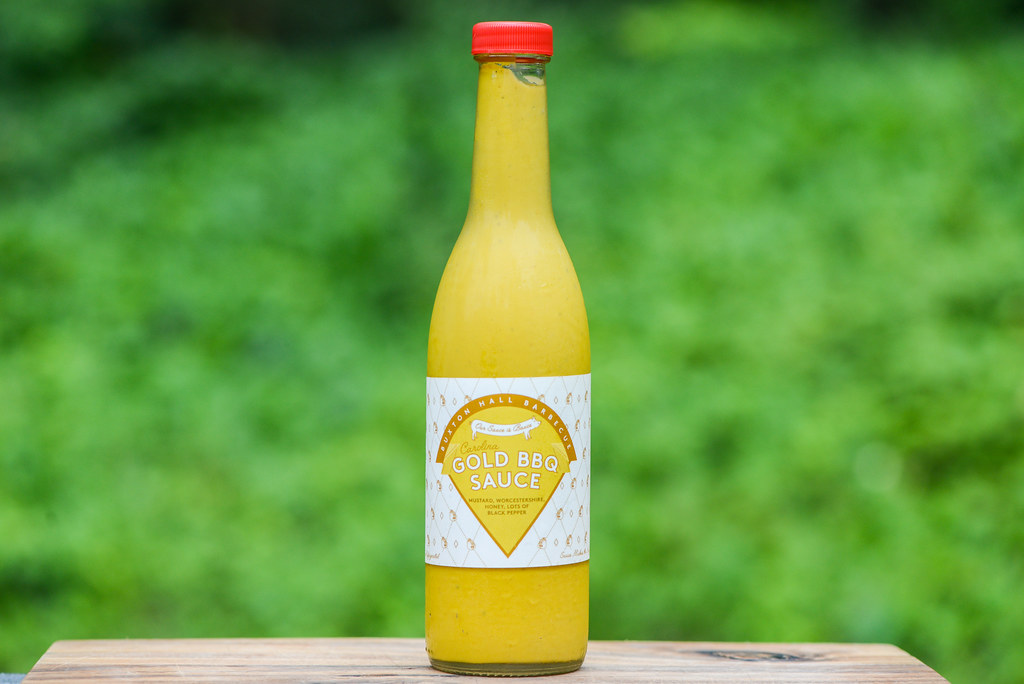 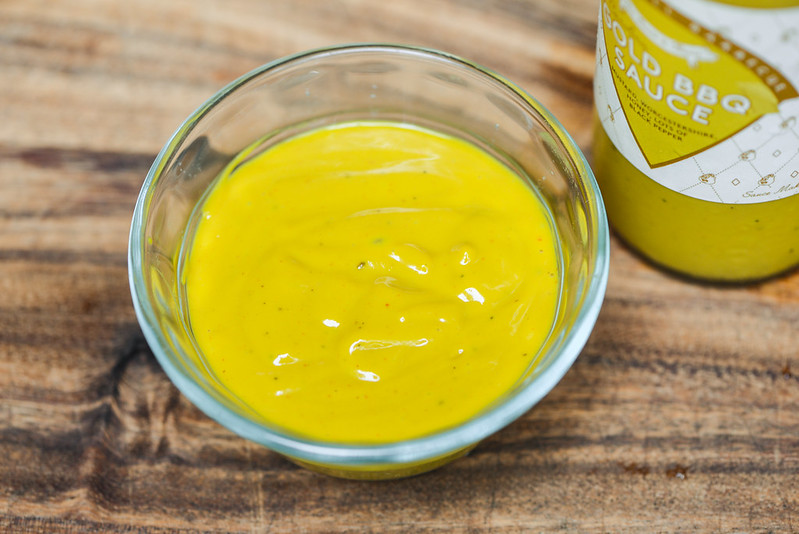 It was the meeting of two up and coming chefs in Asheville, NC that created Buxton Hall. The first was Meherwan Irani, who started in the restaurant business in 2009 after quitting his day job and opening Chai Pani, focusing on serving Indian street food, leading him to two James Beard nominations for Best Chef Southeast. The other was Elliott Moss, who moved to Asheville in 2007 and was part of the team that opened and ran The Admiral Restaurant, which garnered Moss a James Beard nomination for Best Chef Southeast of his own. Irani and Moss met in 2013 and joined forces to open Buxton Hall Barbecue two years later, which has a mission to keep the fire burning on years of Carolina barbecue traditions.

A distinct tangy yellow mustard aroma fills the nose on first whiff of this sauce. While it has the familiar slightly pungent mustard character, it's not quite as strong as mustard alone thanks to a background sweetness. There are also distinguishable Worcestershire and black pepper components that give the sauce a minimal barbecue complexity.

This sauce's hue is just a shade darker than what would come out of a French's bottle. It has a semi-glossy sheen, is totally smooth, and opaque, but you can easily see lots of a small specs of black and red spices on the surface. The sauce has a medium thickness and falls from a suspended spoon in one large drip at first, followed by a slow and uneven stream. One to two additional drips release after that, and then a medium coating of sauce is left clinging to the silverware.

The first taste of this sauce is of yellow mustard with added sweetness. This makes the initial taste a balance between tartness, pungency, and honey. As the sauce settles on the tongue, the Worcestershire comes out to add a mild barbecue flavor, then the sweetness begins to fade and that sharp mustardy bite takes over, mixing with a medium peppery kick which enhanced the tingle imparted on the tongue.The final aftertaste is a mustard pungency paired with a sharp, peppery heat. 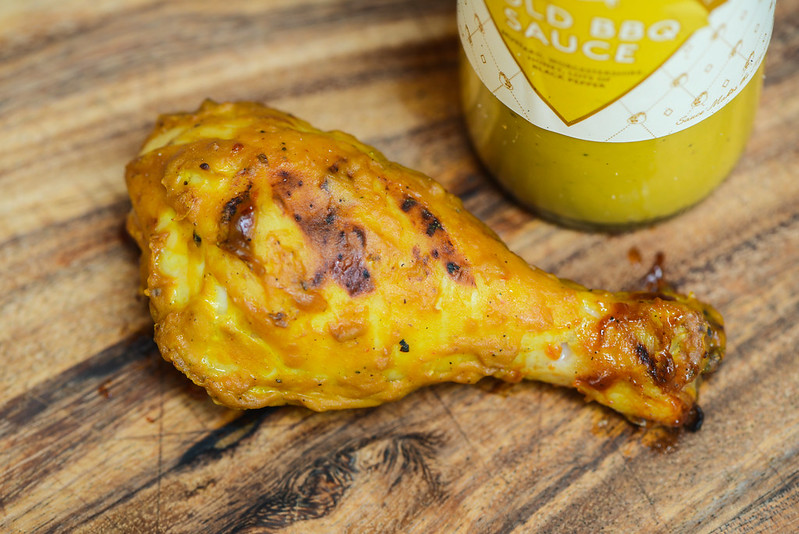 This sauce coated the chicken in a medium, even layer that baked down well over indirect heat. When moved directly over the fire, there was some very light caramelization and no burn off. The flavor was mostly of yellow mustard—pungent and tangy. Those caramelized bits offered a few pockets of sweetness, but they were no match for the overly strong bite of the mustard. That medium peppery heat from out of the jar came in after multiple bites, adding another dimension to the flavor profile. The sauce did have a grittiness to it, which I've found to be common after mustard-heavy sauces are baked.

This sauce took awhile to grow on me. On the first taste, it's fairly stark yellow mustard profile left me totally underwhelmed. It was only after going back to it and tasting it again out of the jar, cooked, and another time after some time had passed, that I appreciated the simplicity and how mustard was being used to fulfill on a tangy and sharp barbecue foundation to which only some Worcestershire, honey, and pepper were needed to round out the profile. I won't lie and say this is my favorite sauce, or even in the upper ranks of mustard sauce alone, but it's minimalism is a statement onto itself that can be appreciated, especially if you really like the taste of yellow mustard. As for what I would use it on...I think it worked better in its raw state and would find most fitting homes slathered onto pulled pork or as a dip for light meats like chicken, turkey, or pork. Having a strong yellow mustard flavor, I think this would also make a great alternative to the French's bottle on hot dogs. 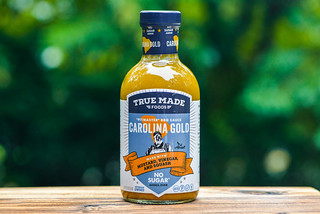