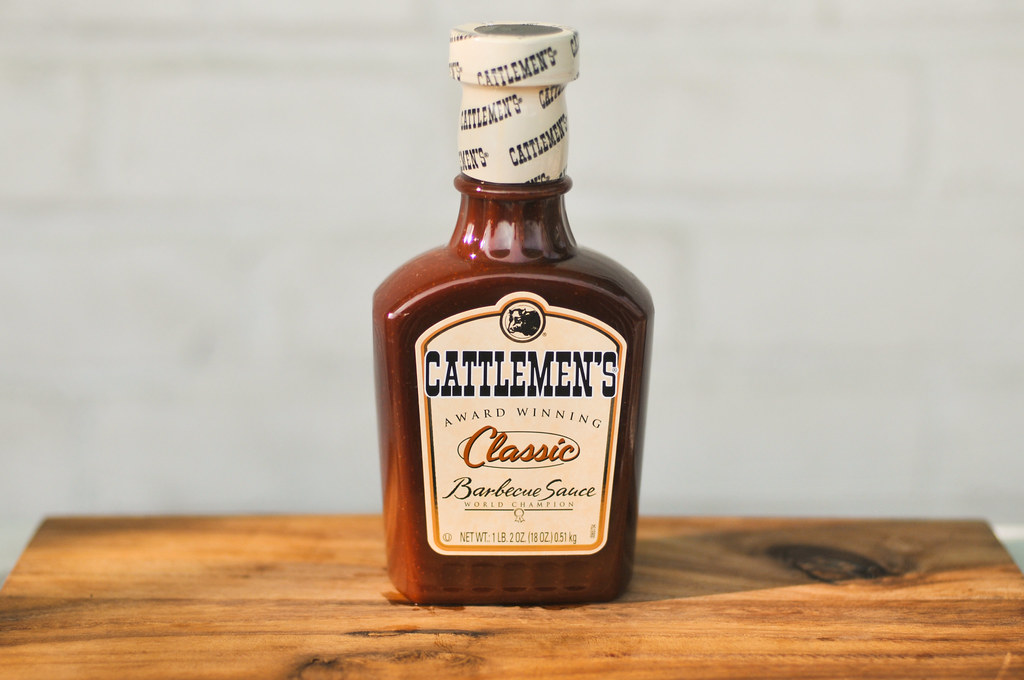 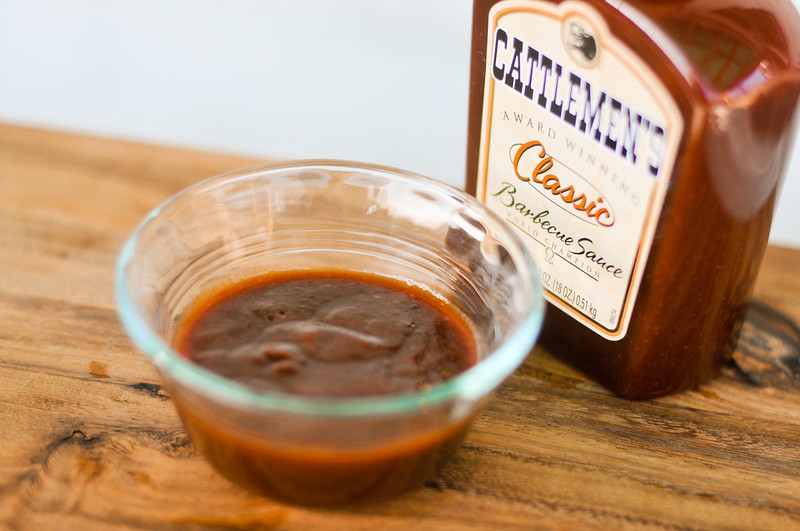 I searched the internet far and wide, and this is the first sauce I wasn't able to come up with some sort of history for. The website and bottle just have some marketing speak about "30 years of experience" and the "#1 choice of professional chefs." What I can tell you is that Cattlemen's is a fairly common supermarket brand, distributed by French's Foods. It also looks like some re-branding has been done, and the bottle I picked up of "Cattlemen's Classic Barbecue Sauce," is now called "Cattlemen's Kansas City Classic." The list of ingredients is identical, so I'm guessing it's still the same sauce in the bottle.

A strong, deep tomato smell fills the nostrils when taken in. There's a heavy smokiness to it, hickory to be exact. There isn't too much sweetness, but molasses comes through, along with a little mustard tang.

This medium-thick sauce has a few spices visible as you watch the sauce fall off a spoon in globs. It has a little bit of a grittiness in an otherwise smooth sauce.

There's a definite grittiness to the sauce on the tongue, and not one of the more pleasing ones. The flavors here are bold and in your face. Tomato is the first to hit, but quickly gives way to a heavy burn of vinegar. There's a smokiness throughout, but that plays second fiddle to the two dominate flavors. Managing to pull out some more notes, I could taste garlic and onion, but while high fructose corn syrup and molasses were high on the ingredient list, sweetness was not much of a trait here. 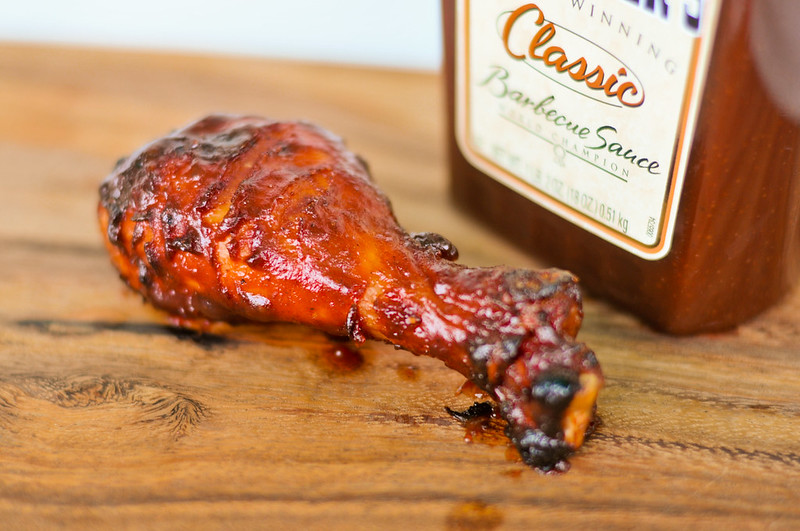 With the gritty texture and overpowering flavors of the sauce out of the jar, I wasn't expecting much from the cooked sauce, but I was left pleasantly surprised. The sauce had excellent grilling properties—it clung to the chicken, baked in layers, and caramelized perfectly. Behind the good looks was also some really nice flavor. The tomato was robust with a nice touch of smoke. The vinegar backed down and the sweetness found a way out, creating a pleasing balance that wasn't too sweet, too smoky, or too tangy, it was just a great piece of barbecue chicken. For a deep, delicious, and dominant tomato flavor, this was actually one of my favorite sauces so far.

Too bold and too gritty, I was ready to dismiss this sauce as normal supermarket mediocrity on first taste, but it found real life after being cooked. You want to taste the great tomato flavor and see the beautiful caramelization, so I think chicken is really prime candidate for this sauce, although it could find a happy home on ribs and other pork products as well. Even though it did produce a good looking and good tasting chicken leg, it still didn't have much defining it beyond a respectable major brand. If you're going to be grilling with sauce, and limited to what's in the supermarket, this is a solid choice, but in the larger world of sauces, this falls somewhere just above average.