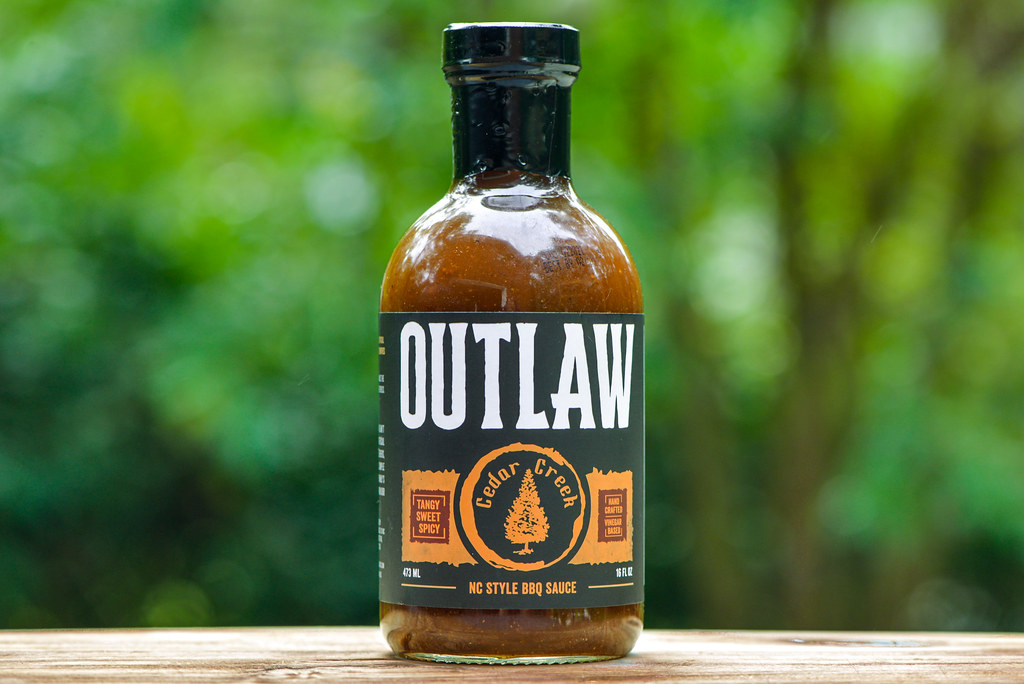 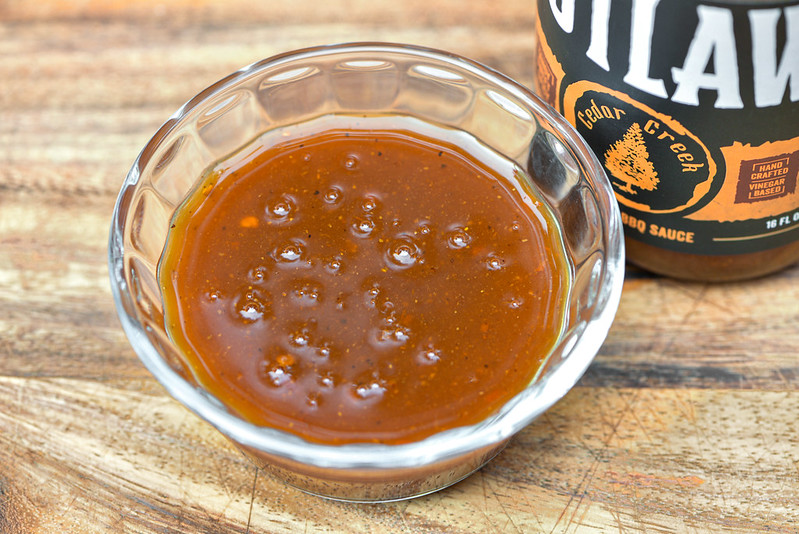 David Huffman is the man behind the Cedar Creek brand and his family has a long history in the lands of the United States, arriving before the country was established in 1749. It was David's 5th great grandfather, George Hoffman, who made the journey from Germany with his two brothers, and they brought with them a taste for a delicacy from home—pork shoulder done up with a sweet and sour vinegar sauce. As the family persisted in America, so did their passion for cooking, something that holds true today and led David to create a series of barbecue sauces that he began producing and marketing under the Cedar Creek name out of his home locale of Eden, NC. His sauces can be founds in select groceries in central North Carolina and Southern Virginia, as well as sold online.

There's not mistaking the North Carolina roots of this sauce as a strong cider vinegar tartness overwhelms the nose on the initial whiff. While that's primary and most dominant, a strong showing of spices adds most of the barbecue complexity in the aroma with a notable black pepper sharpness and earthy pepper character. A deeper noseful releases the sweet ketchup sitting in the background, along with an equal weighting of molasses and Worcestershire, adding more depth to the aroma.

The light maroon hue and semi-transparency of this sauce makes it easy to see a plethora of spices that come in red, black, and orange bits of varying sizes. This sauce is smooth and runs very thin and watery, which has it falling incredibly quickly and in a steady stream off of a suspended spoon. It only takes a second or two for all the sauce to release, save for one or two final drips, and almost no sauce is left attached to the silverware.

For all the vinegar in the aroma, the sauce has a surprisingly sweet start. It's not a surprising amount of sugar, but just that it comes to forefront at all, and brings with it a light taste of tomato too. That only lasts a couple seconds though as the sauce shifts to a very neutral taste for the next second, then the vinegar begins to come in. There's lingering sweet tomato that keeps the tartness in check initially, and it's at this time that the Worcestershire and spices create savory depth with some garlicky and earthy notes that pop out. The vinegar doesn't stay at bay long though and ramps up to a tongue tingling climax that drowns out most of the spices except for a variety of peppers that continue to deliver earthiness and also add heat and a little smokiness too. Once the sauce has made its exit, the aftertaste has a good kick of heat and tang as well as a slight mustard pungency. 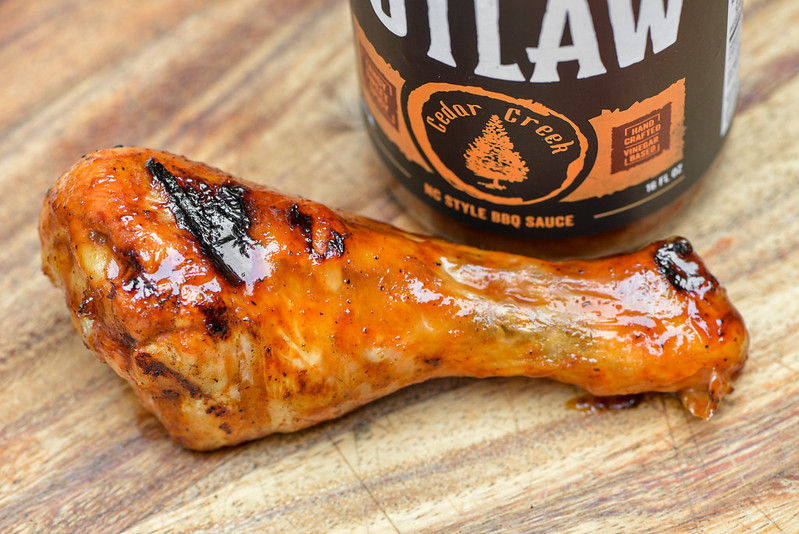 The very thin and even coating this sauce gave the chicken baked down well over indirect heat, and took an extra brushing to develop more color and a sauce layer that looked like it would deliver sufficient flavor to the meat. When moved over to direct heat, there was only minimal caramelization where the chicken touched the grill grates and no sauce loss at all. Like out of the jar, there was a surprising sweetness here, but this time it persisted. The first couple bites were primarily sweet tomato, but by the third, the contrasting tang and peppery heat entered into the equation. The Worcestershire and other spices played less into the flavor after being cooked, but did have a presence build up by the time the leg was done being consumed.

I don't know why, but it still always throws me when a thin vinegar sauce ends up actually grilling well, like this one did. That instantly shoots the sauce up to the top tier in my mind because it delivers on the regional speciality use of dressing pulled pork or whole hog, but makes it also way more versatile for a variety of home uses. On top of the multi-use qualities going on in Cedar Creek's Outlaw sauce, it also provided great barbecue depth by mixing in ketchup, Worcestershire, and mustard, while still staying pretty true to its primarily spicy vinegar roots. The only reason this sauce didn't reach that perfect score is because I've tasted so many North Carolina sauces at this point to know that, while this is a truly great sauce, there are at least a few out there that I personally found better layered and more interesting. Still, I wouldn't hesitate to reach for Cedar Creek's Outlaw sauce if I had a need to dress some smoked pork or even if I wanted to brush it on some grilled chicken or fish where the tang and light sweetness shines through on the lighter meats.