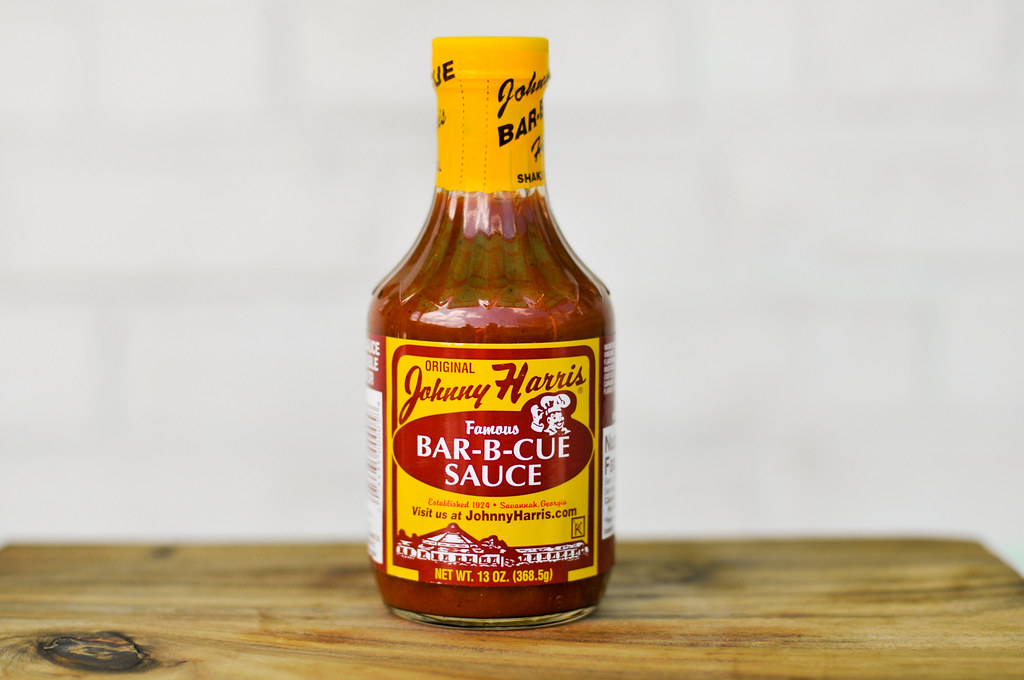 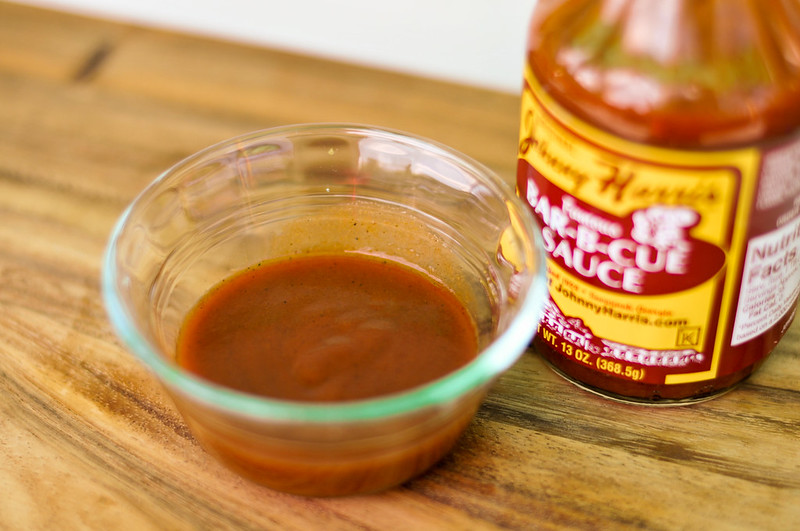 Johnny Harris started up his barbecue venture with a small roadside shack in Savannah, Georgia in 1924. It wasn't long until he teamed up with Kermit "Red" Donaldson at the restaurant, and by 1936 they had outgrown the original location and built a new place down the street. Johnny Harris passed in 1942, but the business continued under Red's leadership, including the production of the sauce that was passed on to him. It wasn't until 1959, when Red had to temporarily leave the restaurant due to illness, that he was able to focus on the sauce and flourish the business behind it. Red passed in 1969, but the sauce continues to be produced by his son Phillip and later, Phillip's son-in-law Bernard "B.J." Lowenthal. Today Johnny Harris produces four different barbecue sauces along with rubs, a hot wing sauce, and steak sauce.

This sauce stings the nose with it's heavy dose of vinegar. There's a ketchup base there, but the sweetness is overtaken by the tang of vinegar. Onion and Worcestershire are also pretty strong contenders in the aroma department.

There's not much sweetness to be had here, with vinegar getting all up in your face at first, followed by a wallop of Worcestershire that leaves you with a complex and bitter flavor. Like the smell, onion is also pretty strong, along with a peppery kick. 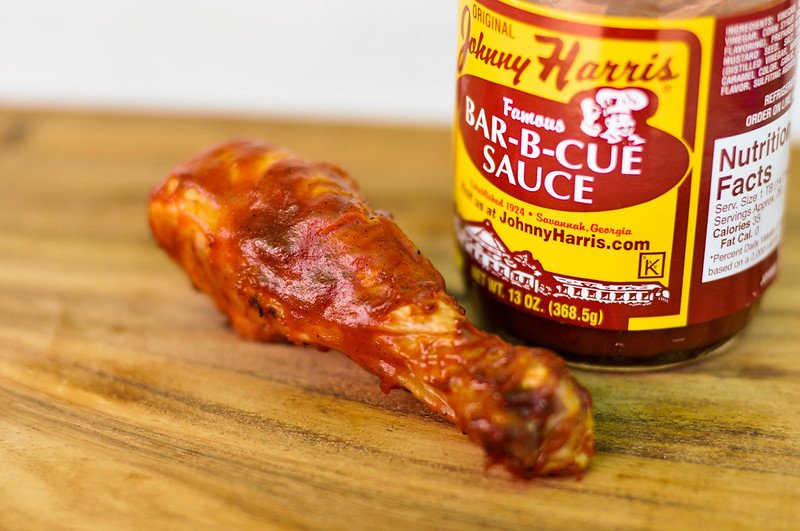 Definitely constructed for dipping over grilling, this sauce did not stand up well when taken to the flames. The sauce just sat on top of the chicken, never baking in or caramelizing. The strong flavors that I wasn't so crazy about raw, almost disappeared after being grilled, but were not replaced by anything, leaving a pretty blah tasting chicken on top of one that wasn't very pretty to look at.

The lack of sweetness and harsh vinegar made this not a very pleasant of sauce out of the jar, although by no means the worse. Then the loss of flavor combined with poor grilling properties showed it wasn't suitable for cooking. The label states this can be used to dress anything from ribs to gravies to fried chicken, but I think if you want those tasting the best they can, this isn't sauce to be using.