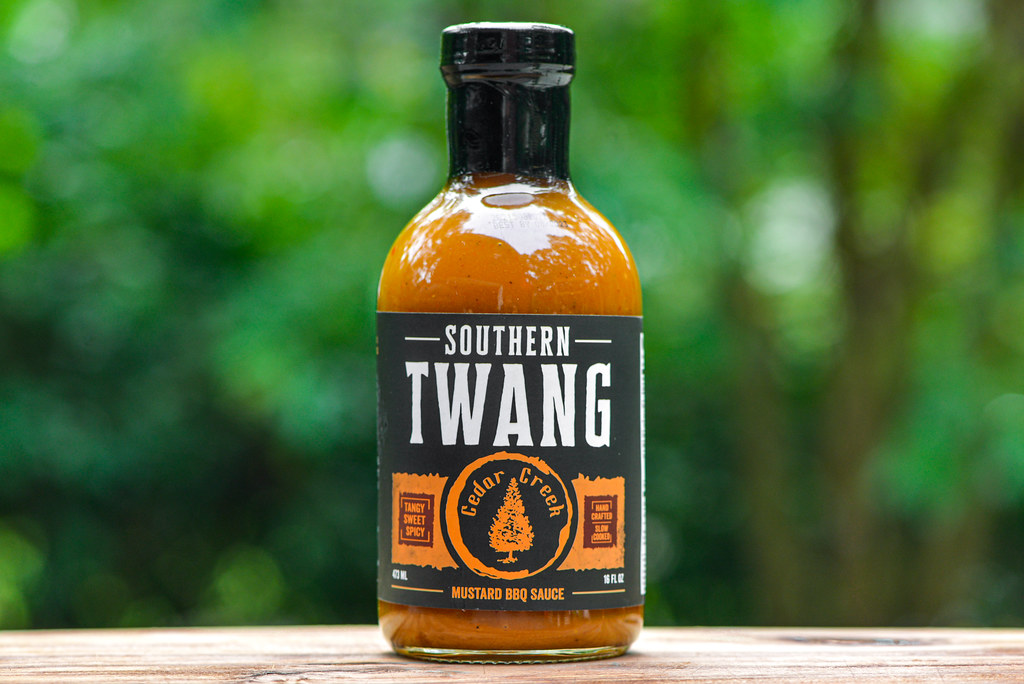 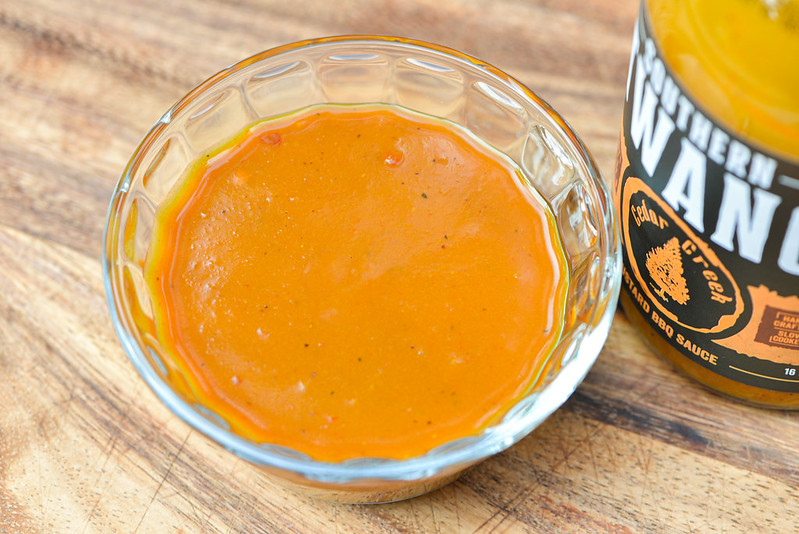 David Huffman started up the Cedar Creek brand in 2019 out of his home base of Eden, NC. While the sauces are of his own invention, focusing on using only natural and simple ingredients, his family has a long sauce history in these lands that dates back all the way to 1749. That's when David's 5th great grandfather, George Hoffman, arrived in what is now the United States with his two brothers, bringing with them a tradition of eating pork shoulder dressed in a sweet and sour vinegar sauce from their home country of Germany. Those family ties to cooking have persisted from generation to generation to land David where he finds himself now, with three unique barbecue sauces that can be purchased online and in select markets in central North Carolina and Southern Virginia.

A pungent mustard aroma that's been mellowed by sugar is the first thing to fill nose when taking in a whiff of this sauce. Those two traits are in a good balance and keep each other from becoming too dominant, letting and medium vinegar tang and a savory Worcestershire complexity be clearly defined. With a deeper noseful, a sweet ketchup smell works its way in, although the mustard remains primary. The standard barbecue spice bearers are also all accounted for—garlic, onion, and peppers with the later being just strong enough to impart a tell tale tingle that lets you know that there's at least some heat to be had in the flavor.

The light orange hue makes it easy to pick out a fair amount of spices in this opaque sauce that are white, red, and black in various sizes. The sauce's consistency is syrupy and very smooth, only being broken up by some larger spice bits. The thickness is a few notches south of the medium line and that leaves the sauce falling quickly and in a steady stream from a suspended spoon. A couple slow drips finishes the pour and only a thin layer of sauce is left clinging to the silverware.

This sauce brings the complexity from the start with an initial taste that's a balance between fruity tomato, sugar with a slight molasses bent, and pungent mustard. The mustard quickly gains dominance with a sharpness that melds with the vinegar to turn the profile extra tangy. It's at this point, after the sauce has settled on the tongue for a few seconds, that the Worcestershire and spices combine to give the sauce its savory components along with garlicky and oniony undertones. Those peppers smelled in aroma add a mild heat next as the sauce exits the mouth, and the tartness and mustardy bite increase at the same time to overtake any lingering sweetness to leave a sharp and tingling aftertaste. 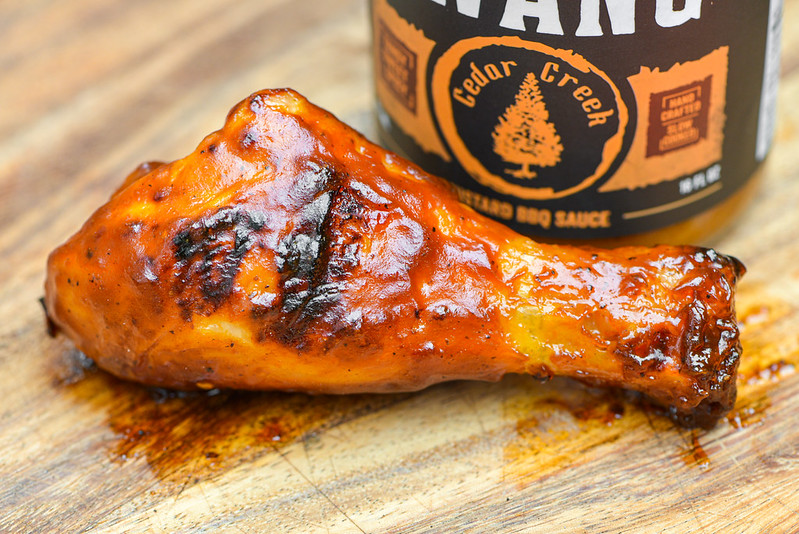 This sauce coated the chicken in a medium and even layer that baked down pretty well over indirect heat. That translated to only minimal sauce loss once the leg was moved directly over the coals, and the sauce also picked up nice caramelization without any burning. The initial flavor tilted more in tomato's favor after being cooked, with a sweet ketchup taste that had just enough mustard backing to impart subdued sharp and pungent notes. In only took a couple bites for the spices and Worcestershire to come in and round out the barbecue complexity in a very balanced and well layered manner. The spices and peppers were a little diminished thanks to a bump in the sweetness, but the overall flavor was working so well that they weren't really missed.

These days I only really get on Facebook to add posts for new recipes I publish, so I totally missed a message from David with an offer to send samples of his entire Cedar Creek lineup. I felt bad about the very delayed response, but very happy that he was still kind enough to make good on the offer, and then even happier after trying this mustard recipe that left me throughly impressed. Mustard sauces can run the gamut from leaning too heavily into that pungent sauce to totally drowning out its flavor, but Southern Twang delivered what I consider to be a perfect balance between sweet, tangy, and pungent. To me, that fact that it brought in some tomato and rounded things out with the standard garlic, onion, pepper, and Worcestershire just meant that this is a solid all around barbecue sauce—the mustard had enough presence for mustard lovers to appreciate this sauce, but not so much that I can see anyone being put off by the overall flavor. The sauce did wonders for my chicken, and I would certainly use it in that scenario again, but I'd be more apt to slather a rack of ribs in this sauce or dress a pile of pulled pork with it, where that mustard-y bite would be even more appreciated by making the sauce pop against heavier flavored meats.