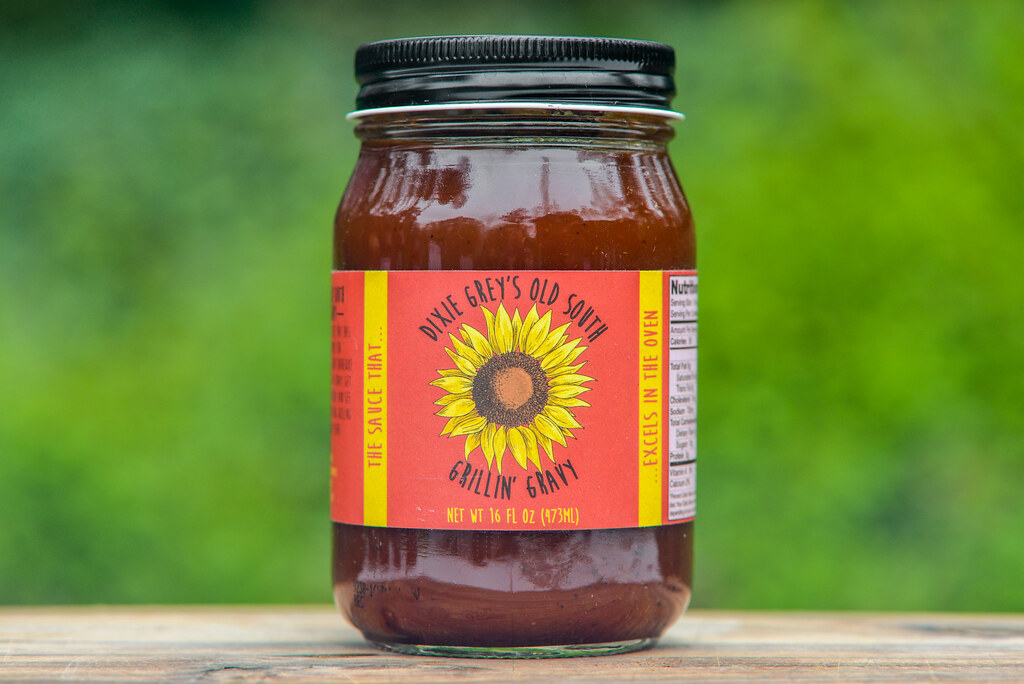 Approximately $3.99 for 16oz at select groceries 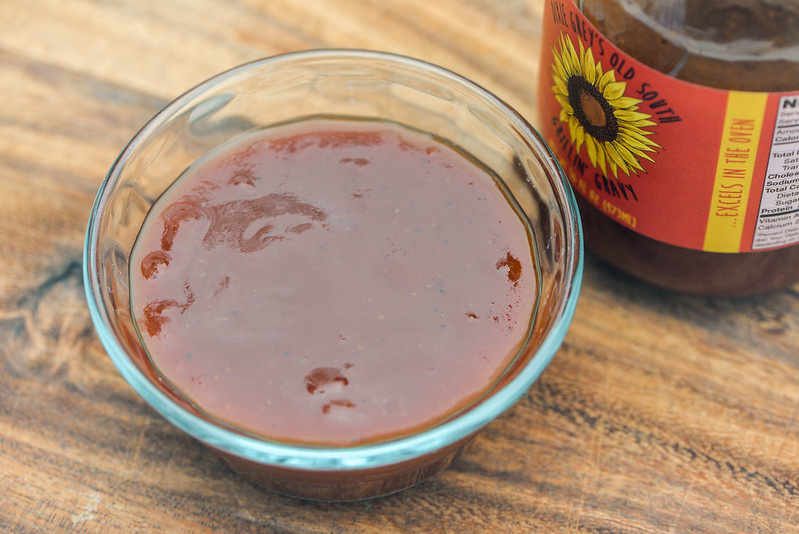 The Dixie Grey's Old South story is a family affair. This North Carolina-style sauce was born over seventy years ago in the kitchen of Mr. Tuton's—the current owner—grandmother. It was then passed down from generation to generation, but it wasn't until around 2016 that Mr. Tuton began to commercially produce the sauce. He named it after his mother, Dixie Grey, and it hit store shelves near his home base of Autryville, NC about a year later in 2017. The sauce is currently spreading its presence further west in NC, and I picked it up when I saw it at local grocery here in Durham.

A harsh dose of vinegar tingles the nose upon the first whiff of this sauce. While the tartness is strong and dominating, it's not the only upfront component at play—there's a sweet tomato aroma helping balance out the vinegar as well as an oniony character that's more prominent than in your average barbecue sauce. With some deeper smells, Worcestershire becomes a clear definer of the sauce's complexity, while a mellow peppery kick lets you know there's some heat to go with the sweetness and tartness.

This sauce has a glossy sheen, maroon hue, and a smooth character that's broken up by chunks of onion. It's also semi-opaque, so it's not hard to see those onion pieces as well as small spice specs that come in red, black, and orange. The sauce has a medium-thin thickness and slightly syrupy consistancy. This has it falling off of a suspended spoon it a quick pour that's uneven due to the onion bits. The stream quickly changes to fast drips, then ends with a very thin layer of sauce left clinging to the silverware.

The first taste of this sauce is lightly sweet and a bit nondescript. That quickly changes though as equal amounts of vinegar and ketchup work their way in. There's a nice fruitiness with a strong onion undertone that comes into play as the sauce settles on the tongue, but the vinegar quickly ramps up and becomes the heavy hitter. That tartness just continues to grow when the pepper kicks in at the end, adding a wave of heat to go along with the tongue tingling tartness to finish off the flavor in a true North Carolina manner. 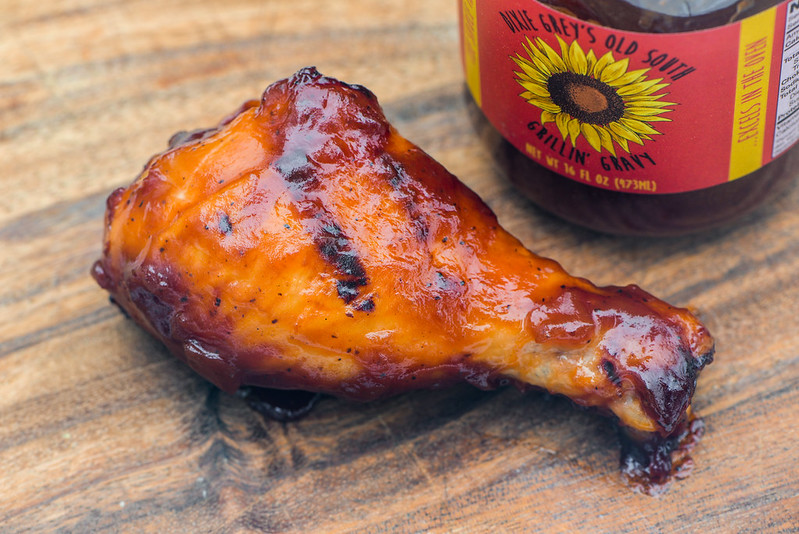 The sauce coated the chicken in a medium, slightly uneven layer that baked down well over indirect heat. When moved directly over the coals, there was some light caramelization and only minimal sauce loss. The flavor took a turn towards sweetness, which let the ketchup become more prominent, giving the sauce a more standard barbecue profile. After a few bite though, the vinegar really built up and provided that tartness that was its most prevalent characteristic out of the jar. You also still got all the complexity under the surface with tastes of Worcestershire, onion, and pepper.

I kind of have a love-hate relationship with my barbecue reality in North Carolina. Don't get me wrong, smoked whole hog and vinegar sauce is masterpiece when done right, but for doing sauce reviews of local companies, having almost only vinegar sauces to choose from can be monotonous and differences between each one are sometimes minor. Grillin' Gravy treads that familiar North Carolina line, but I think it shows more depth and versatility than your standard vinegar sauce. This is partly due to the amount of ketchup used, which can be heresy for some, but in my opinion, it gives the sauce a pleasing balance and opens it up for more uses. Beyond that, the additions of onion and Worcestershire add complexities more common in standard tomato-based sauces, but make Grillin' Gravy a more interesting specimen, while still tasting distinctly North Carolinian. I'm sure this sauce will do you smoked hog justice, as it should, but it was also quite good as a baste for chicken. Its strong tartness means it could probably stand up against hearty flavored meats as well, like pork chops, burgers, and maybe even a dip for steak. If you like vinegar sauces, but also the added complexity and versatility of tomato-based ones, this might be right up your alley.