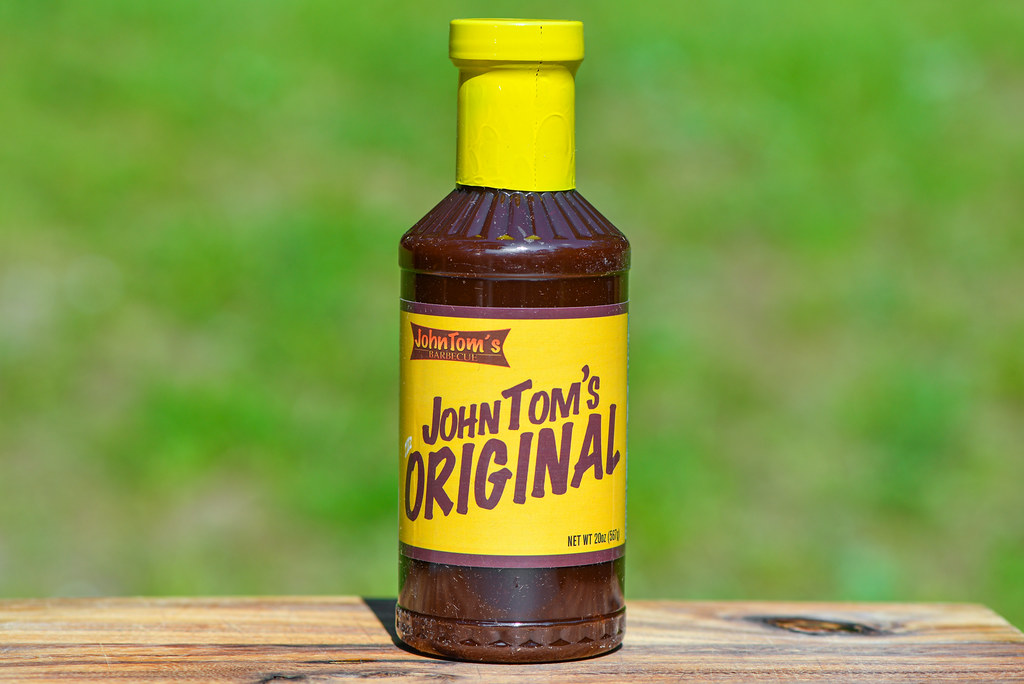 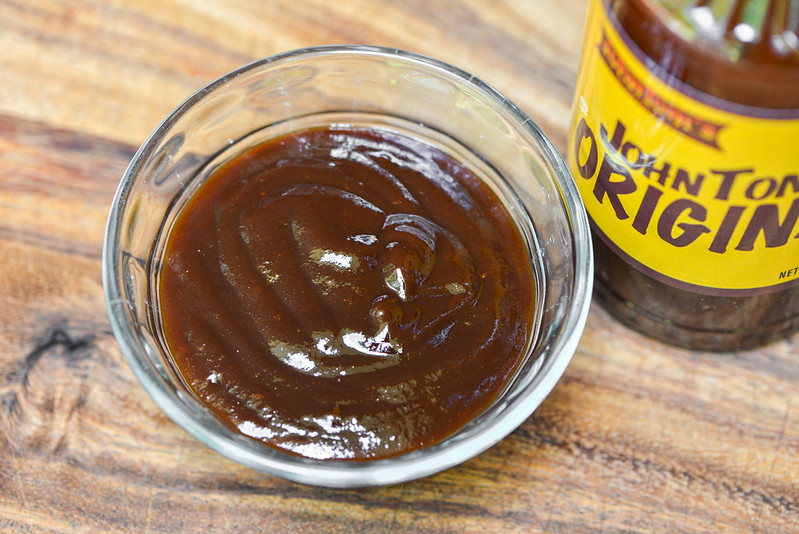 This sauce gets its name from John Tom Branson, a southerner who relocated to the midwest and became a factory worker, but always had a passion for barbecue. Upon retirement, John Tom began to pursue his dream of starting up his own barbecue business but passed away unexpectedly of a heart attack before he could do so and with him went his beloved sauce recipe that was never written down. The family story picks up again with Lathay Pegues, John Tom's grandson, who's fond memories of his grandfather and his cooking lead him to try to recreate his sauce while attending college at Indiana University Bloomington. Lathay never quite hit the nail on the head in replicating the sauce, but in the process he came up with his own delicious sauces and, along with cousin Terrell Cooper and friend Rodney Robinson, led him to create the JohnTom brand in 2006. Running JohnTom Barbecue was a part-time venture, but changed to full-time for Lathay in 2014 after budget cuts at the news station he worked at found him without a job. The sauces really took off after that and can now be found online, in stores throughout Indiana, and are served at Indiana University Bloomington's dining facilities.

A noseful of molasses is what you get upon first whiff of this sauce. While molasses is front and center, it's not the sole actor at work with a fairly prominent tartness that's a combo of sharp vinegar and acidic tomato. Behind a medium smokiness sits mellow hints of onion and garlic, while just the slightest smell of earthiness means there could be some peppers in there, although the mainly sweet and tangy profile doesn't lead you to feel the sauce is spicy based on smell alone.

This dark maroon sauce has a glossy sheen and smooth texture. Its dark hue and color make it hard to make out any spices expect for a few larger white specs here and there. The sauce's thickness is a tad north of medium and its consistency is heavily syrupy. From a suspended spoon, it first falls in a large drip and then many smaller ones at a medium pace. After a final one or two slow drips, the sauce ceases falling and a thick layer is left clinging to the silverware.

Like with the aroma, there's a lot of sugar at play on first taste of this sauce. A sweet tomato profile starts things off and is quickly joined by molasses to add depth and nearly instant barbecue flavor. This flavor persists for awhile and it's not until the sauce has settled on the tongue for a few seconds, does the vinegar come in to add a contrast to the sugars. There's a pleasing smoky undertone next that remains until the end, and it's when the sauce starts to exit the mouth that the light flavors of the other spices—mainly onion and garlic—come into play. There's the faintest tinge of heat at the very, very end, but the aftertaste is mainly of smoky, sweet molasses. 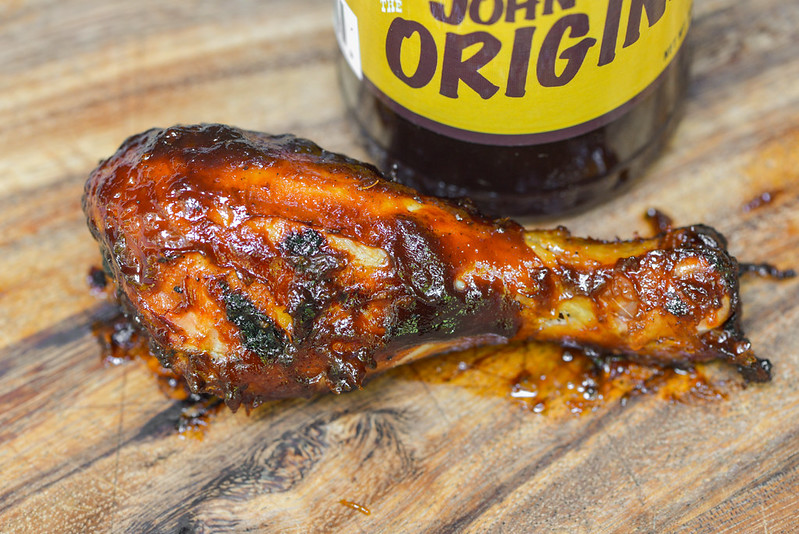 This sauce coated the chicken in a medium, even layer that baked down well over indirect heat. When moved to the hot side of a two-zone fire, there was slight burn off and medium caramelization with some spotty blackening. Unsurprisingly, the chicken had a mainly sweet flavor, but with a good depth to it. The molasses helped the most to give the sauce a robustness, but there was also a good savoriness on top of a smokiness in play as well. The more caramelized bits were the best parts, adding a different texture and more intense taste that lifted the leg up a few notches compared to standard supermarket sauces.

I would guess when most people think of barbecue sauce, JohnTom's Original is the flavor they have in mind. Like the standard bearer you would pull off a grocery shelf, this sauce provides a robust molasses sweet flavor backed up by a smokiness. Unlike those sauces though, this one doesn't push any of its traits too far in one direction, nor has the over-processed feel and taste often associated with some of the most common brands. That puts JohnTom's Original clearly above the fray for those looking for that comforting barbecue sauce flavor, which will be most folks. I personally felt it was missing something a little extra to make it taste more unique to elevate it further, but the chicken leg this sauce adorned was still mighty tasty, especially the crispy bits, which leaves me recommending this more as a finishing baste since cooking it gave it a boost in flavor. The strong sweet molasses was good on chicken, albeit a little heavy handed, but I think this sauce would find its most ideal home paired heavily seasoned smoked meats—primarily ribs, but pork butt and brisket would also be worthy contenders. 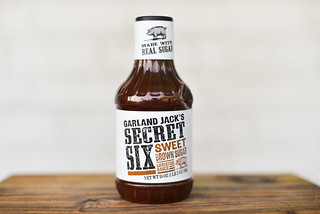