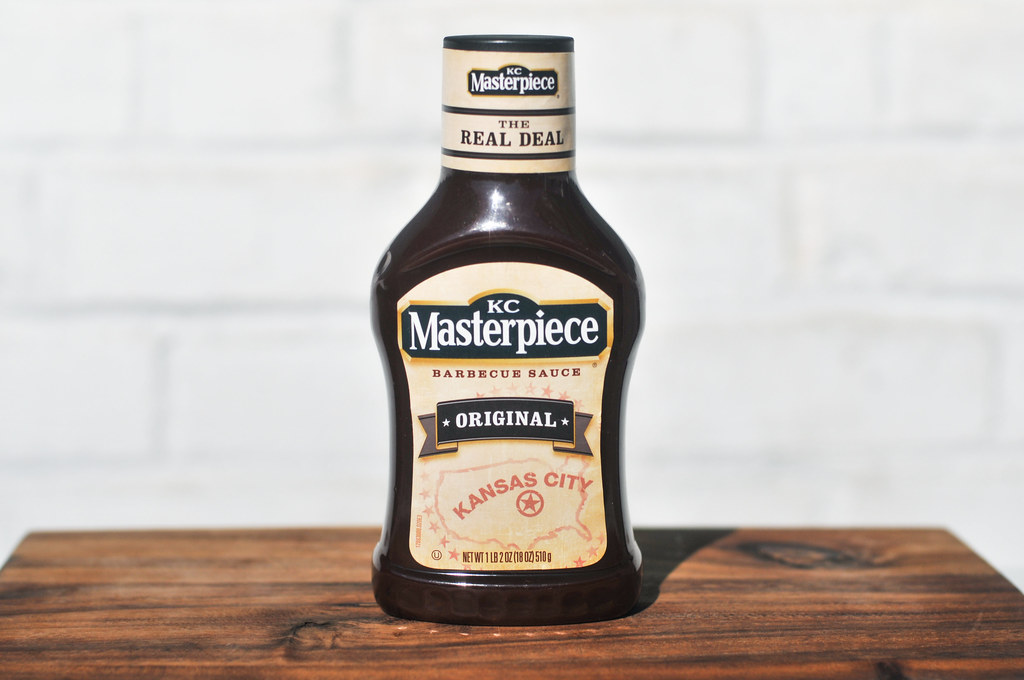 Approximately $2.50 for 18oz in your local grocery 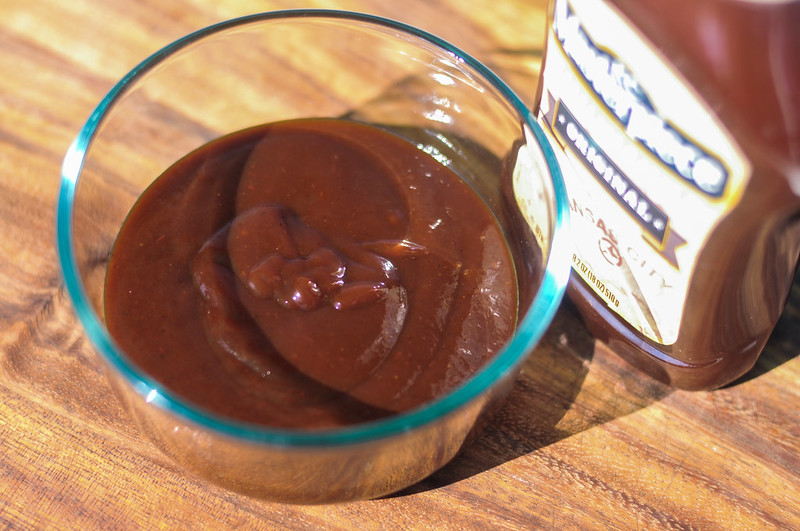 We're all gearing up for the big "official" start of grilling season this weekend, and I'll wager KC Masterpiece will be found grill side at many barbecues across the nation on Memorial Day. Such a staple of the supermarket and backyard, I thought it was a fitting time to give this ubiquitous barbecue sauce a proper review.

This bottle was gifted to me from the folks at Kingsford, who actually own the KC Masterpiece brand, buying from its creator, Rich Davis, in 1986. Rich invited his popular 5-ingredient sauce in 1977 in Kansas City and it became the first sauce ever to win the "Best Sauce" award at the American Royal. There are currently 7 different varieties of sauces in the KC Masterpiece line, spanning everything from Smoky Bourbon to Hickory Brown Sugar to Hot n' Spicy.

Hope you like liquid smoke, because this sauce's smell delivers on it big time. The deep smokiness masks a lot of other aromas, but there's no mistaking the second heaviest hitter, molasses, which mixes nicely with a tomato base. There's a strong sweetness that hints at additional sugars other than molasses, but thats about all that can't be discerned thanks to the overpowering liquid smoke.

This sauce weighs in close to the top of the thickness scale—it falls in only a couple big globs off the spoon, but most of the sauce is left clinging. It has a dark brown color that renders it difficult to make out any spices, but I could see a couple black pepper specs here and there. It's also very smooth with a glossy sheen—most likely from the high fructose corn syrup.

Man, this stuff is loaded up with sugar. The first taste is all sweetness, a mixture of corn syrup and molasses. As the sauce has time to settle on the tongue, a deep tomato flavor starts to make an appearance, quickly followed by the tang of vinegar, with a medium smokiness all the while. Seconds after the tang comes out, a bit of heat begins to tingle the tongue, which is then left as the final flavor that lingers after all the sauce is all gone. 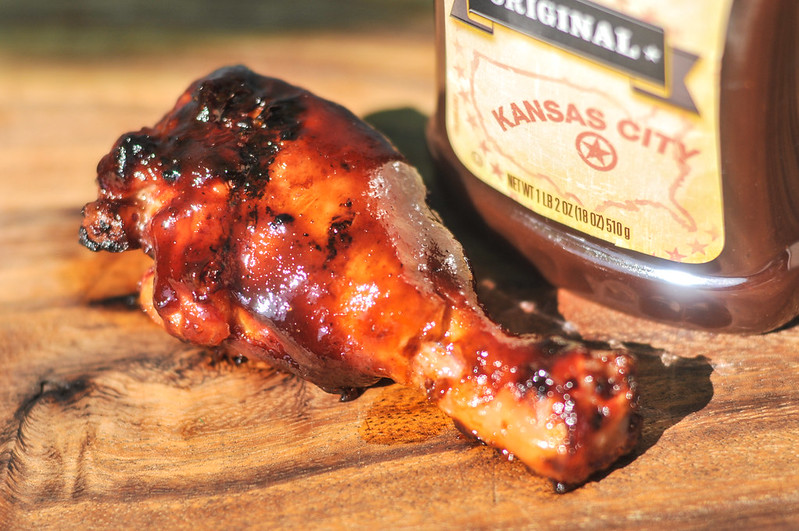 The sauce coated the chicken heavily and evenly, baking in well over indirect heat, then caramelizing over direct heat—with some slight burning—turning out a beautiful looking piece of poultry. The bold, but balanced, flavor out the jar tipped the scale to the sweet side with the sugars and molasses defining the chicken leg. The smokiness was still there, but to a lesser extent, while the tang and heat became almost non-existent. It's also worth noting that this sauce was incredibly sticky, required more than one lick afterwards to get those digits clean

KC Masterpiece has been around for a while and it's probably not going anywhere, and for good reason—this is what people think barbecue sauce should be. It has a big bold flavor that's smoky, tart, spicy, and above all else, sweet. It's a ubiquitous barbecue flavor that I think is fairly balanced out of the jar, albeit a bit overstated. After being cooked though, it's entirely too sugary for my taste and the tang and spice that makes barbecue sauce so good, gets lost. All-in-all, it's an average sauce, which is what I would expect from a supermarket staple. Sure it's going to churn out beautifully coated chicken and glossy ribs, but what you gain in convenience and appearance, you lose in an standard flavor that won't upset, but also won't wow.