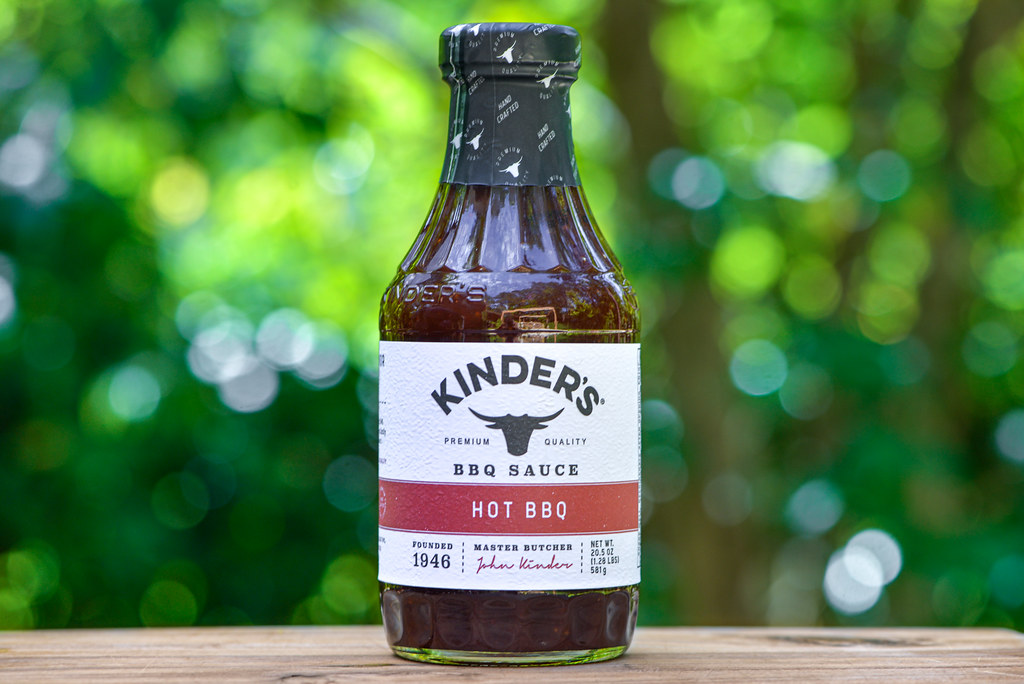 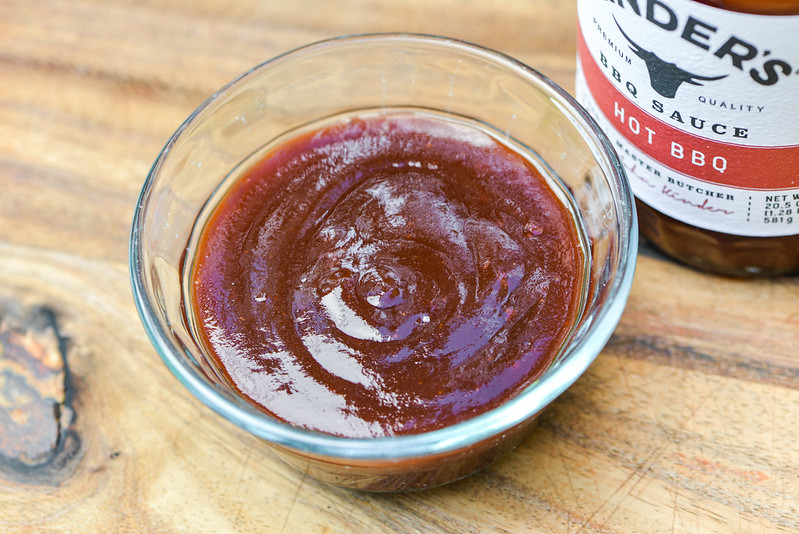 The Kinder's brand got its start as a meat market first opened by John Kinder in Pablo, CA in 1946. Fast forward to 1982, and the business changed hands when John's son Dan bought it along with his wife Paula, who moved the shop to Concord, CA a few years later. The pair continued to open more Kinder's stores, while it was Paula who spearheaded a secondary brand, P. K. Kinder Co, for the purpose of production and distribution of sauces and marinades that would carry the Kinder's name. Kinder's continues to be a family run operation and they currently have nine restaurant and market locations, while the product side boasts 10 unique sauces along with many other marinades, rubs, and seasonings.

A deep and acidic tomato aroma greets you on first whiff of this sauce, and while there's an upfront tang, it's not overly strong due to a sugary balance that has a molasses tilt to it. A deeper noseful brings a smokiness clearly into focus, with a layered barbecue complexity that has notes of Worcestershire and garlic. Pepper is also accounted for, imparting just the faintest tingle on the nose, which hints at heat, but doesn't make a strong case for the sauce being very hot.

This maroon sauce has a glossy sheen and is opaque, which is likely why you can't see many spices except for a few larger white pepper seeds and some small orange specs here and there. The sauce's consistency is very smooth and heavily syrupy with a thickness a notch or two north of the medium line. From a suspended spoon, the sauce falls in a fast and uneven pour that releases a few slow drips before ceasing and leaving a medium coating left clinging to the silverware that's semi-transparent, allowing you to now see a lot more small spice specs and some larger red pepper bits as well.

This sauce has a sugary sweet start that takes a couple seconds for a combo of tomato and molasses to add depth to the sweetness. Once that happens, it doesn't take long for a light Worcestershire to introduce a mellow savoriness and more complexity that then gets built upon by smoke, garlic, onion, and pepper. Initially the pepper adds a little extra fruitiness and mellow heat, but the spice level continues to grow as the sauce exits the mouth and sweetness fades a bit in favor of vinegar, leaving a spicy and balanced fruity, tangy, and sweet aftertaste. 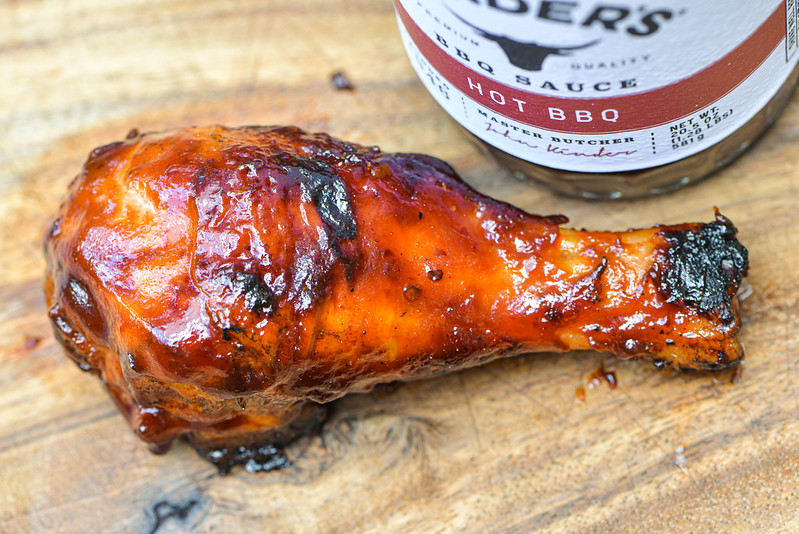 This sauce coated the chicken in a medium and even layer that never fully baked down during its time over indirect heat. I would have expected this to lead to a lot of sauce loss over a direct fire, but most of the sauce stayed well put while there was fast caramelization that led to attractive charred spots without any overt burning. A sweet tomato profile with a ketchup-like taste was the main story here, but there was a notable heat mixed in from the first bite. The heat only built up mildly as the leg was consumed, but Worcestershire, vinegar, smoke, and the spices all entered the party before the chicken was done, albeit they were all more mild and relegated to the background when compared to the flavor out of the jar.

Being attracted to spicier sauces, I was in need of one with a bit of heat to round out a sauce tasting line-up that was primarily all sweet sauces on the day I tried this out. This sauce delivered a pleasing heat to keep me happy out of the jar, but its primary flavor was pretty akin to most of the other sauces that day—sweet tomato. So you're pretty much going to be getting you standard tomato-based barbecue sauce profile here, with a descernable bump in heat. It's notable though that the ubiquitous sweet, fruity, and tangy flavor is done with an increase of quality and craft when compared to other supermarket staples. Out of the jar, you really got a taste of all the ingredients that went into this sauce, but the sweetness ended up overpowering a bit after being cooked, tamping down the heat and complexity. This all equates to this being a sauce that's going to serve you better than many others you can pull off the supermarket shelf, but it doesn't reach the heights of my favorite sauces out there. I certainly wouldn't hesitate brushing Kinder's Hot BBQ on my chicken or ribs if I wanted something that blends quality and value and didn't feel like sauce hunting outside of my local grocery, but it's also not a sauce I would overtly seek out.