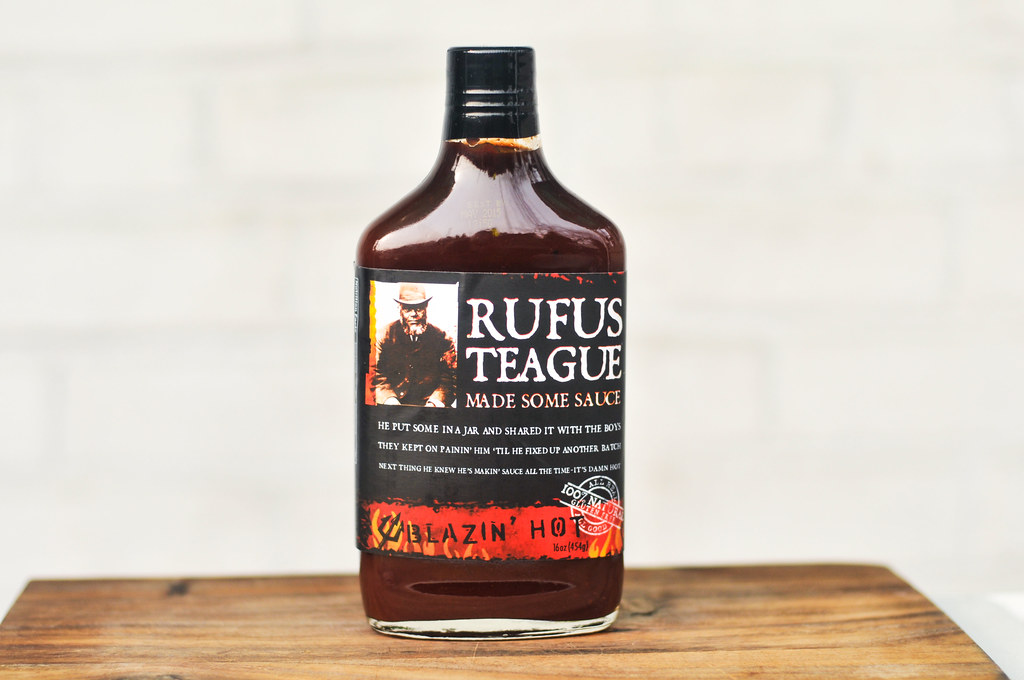 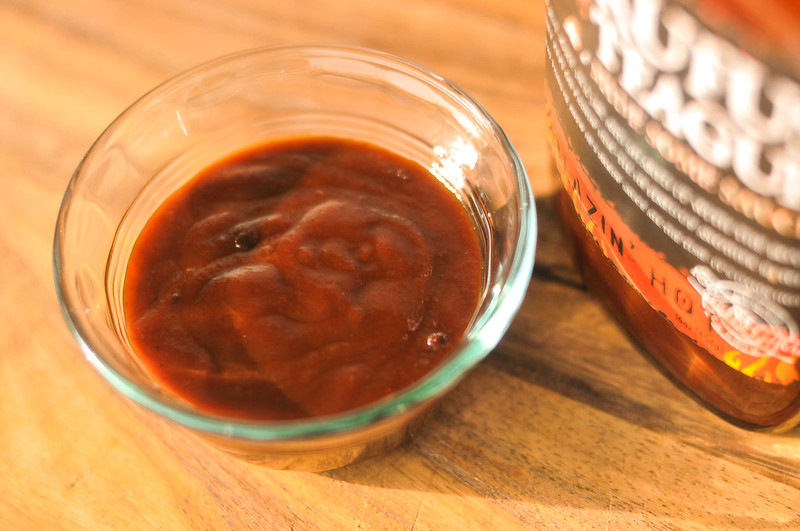 Who is Rufus Teague? While unable to unearth anything about the old timer who adorns these sauce bottles, the sauce that lays inside is a product of someone quite real, John McCone from Shawnee, Kansas. His story follows the blueprint of many in the barbecue world. After getting a smoker as a gift in 1998, he was instantly hooked. It wasn't long until he was competing with with a team under the name "Three Men With Wood." A friend opening a restaurant asked if he could serve John's sauce, which led to the final creation and bottling of Rufus Teague. Over the years these sauces—there's four different barbecue sauces in the line—have gone on to win numerous awards, including a Hot Sauce Champion at the American Royal in 2007.

Man, this stuff is like one big bowl of molasses. That deeply sweet and thick stuff forms the base of the aroma, with Worcestershire playing a large supporting role. There's a strong tomato factor, as well as a hints of spice—garlic, onion, and pepper all struggling for a little recognition.

Following in the aroma's footsteps, the sauce is a dark, earthy maroon from a combination of the main players of tomato paste and molasses. The sauce weighs in a bit over medium on the thickness scale. While there's no bits of veggies or visible spices, it does have a textured look. It has a chunky pour off of a spoon, with the sauce falling quickly in one big glob, followed by an uneven drizzle, and leaving a heavy coating clinging to the silverware.

Going for a three-peat, tomato and molasses are the first out of the box in flavor as they were in aroma and appearance—there's a heavy tomato sweetness that's not sugary. Second out is Worcestershire, which states its place only briefly before a tangy vinegar nudges its way in, combining well with all the previous flavors. Then there's quick hints of garlic, onion, and a little fruitiness right before the heat starts to kick some ass. It's not a crazy inferno of heat, but enough leave a long lingering tingle on the tongue. 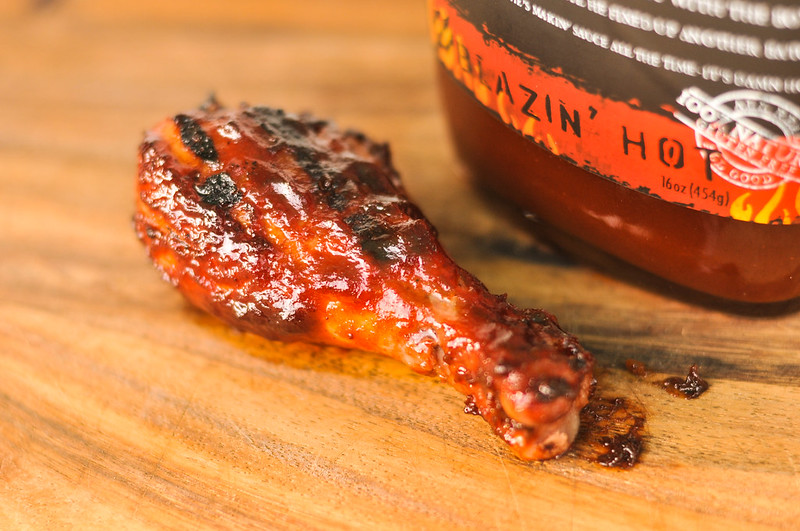 Performing beautifully on the grill, the sauce was the right thickness to coat and cling to the chicken well, letting it bake in great over indirect heat. There was some light caramelization when moved to direct heat, but no burning. The flavor more or less remained the same as out of the jar—strong molasses and tomato with a nice tang and bite. The main difference was some loss of heat, but that spice built up after subsequent bites of the chicken, so it was not all lost. The leg was sweet and sticky, and licking my fingers after all the meat was gone was quite a pleasure.

Rufus Teague—real or not—makes a mighty fine sauce. The molasses, tomato, and Worcestershire are all well balanced, instantly creating a pleasing barbecue flavor. The complexity beyond that, with notes of fruit, garlic, onion, etc., elevate it above the standard sauce, and it lives up to its "Blazin' Hot" label without being insanely spicy. Both out of the jar and cooked, this sauce performed great, and will lend en excellent spicy barbecue flavor to anything you want to slather it on, whether it be chicken, ribs, pork, or fish. I think it would also make a mighty fine burger sauce too.