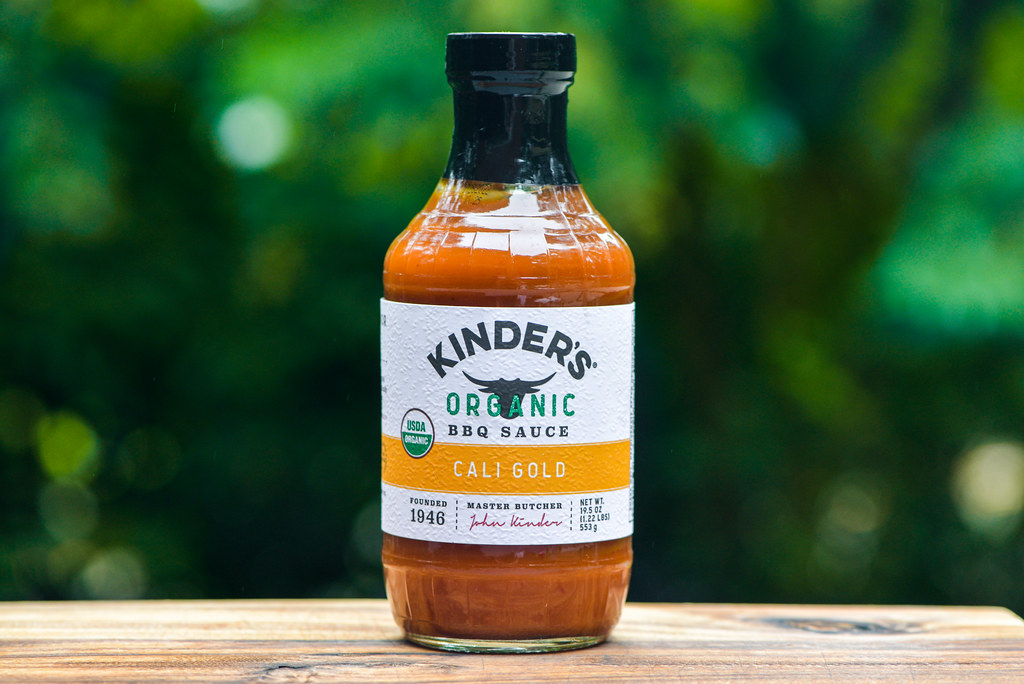 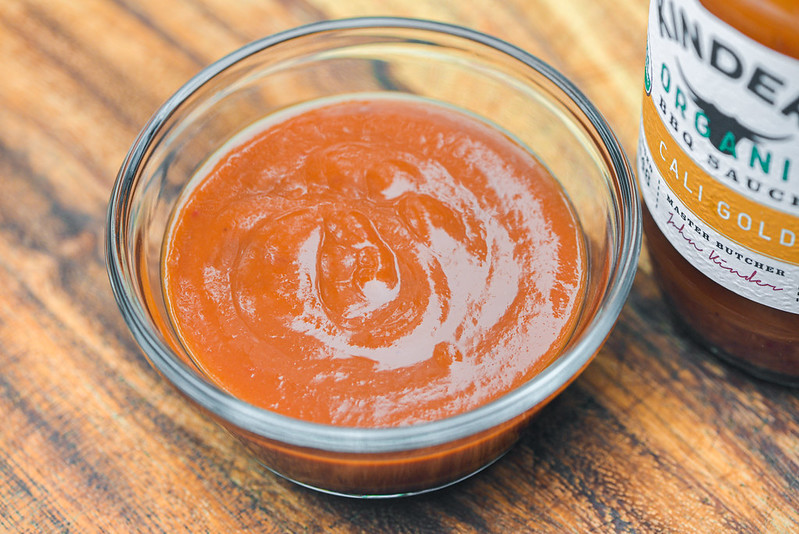 Kinder's is a family affair dating back to 1946 when founder John Kinder opened his first bay area meat market in San Pablo, CA. In 1982, Dan Kinder, along with his then wife Paula, purchased the business from his father and then moved it to Concord, CA in 1985. While the brick and mortar Kinder's expanded, Paula was the one who created an offshoot company called P. K. Kinder Co to handle the manufacturing and distribution of Kinder's branded sauces and marinades. The business is now currently into its third generation of family ownership and boasts 12 locations of the their meat and deli business along with 9 unique barbecue sauces on the manufacturing side, as well as numerous other seasonings, rubs, and marinades.

An equal dose of sweet tomato and pungent mustard fill the nose on first whiff of this sauce. There's a medium tang the really cements the sauce as barbecue, then some background notes of garlic and onion give it a little extra push in that direction. There's a faint hint of spicy peppers in there, but mainly the aroma is fairly simple and straightforward with that tomato/mustard combo doing most of the work.

This rusty orange sauce has a very smooth consistency with a semi-glossy sheen to its surface. Despite the relatively light hue, you can't seem much in the way of spices save for a couple red specs here and there. The sauce's thickness lands right in the center of the scale, and with a medium syrupy character, it falls from a suspended spoon in a large drip at first followed by a stream of smaller, fast drips. Once most of the sauce has released, the pour changes to a few slower drips, then ceases and leaves a medium coating of sauce left clinging to the silverware.

A fairly sweet tomato flavor starts out the taste and stays that way for a few seconds. Once the sauce settles on the tongue, it gains depth from a mixture of tart vinegar and pungent mustard, but both of those elements are kept in check by the sugary tomato. The longer the sauce sits, the more the vinegar adds tang, and as it begins to reach a crescendo, background spices make a short appearance, mainly with garlicky and oniony notes, but there's a mild peppery kick too that then gains dominance in the aftertaste, leaving a final sweet, fruity, tangy, and mildly spicy flavor lingering. 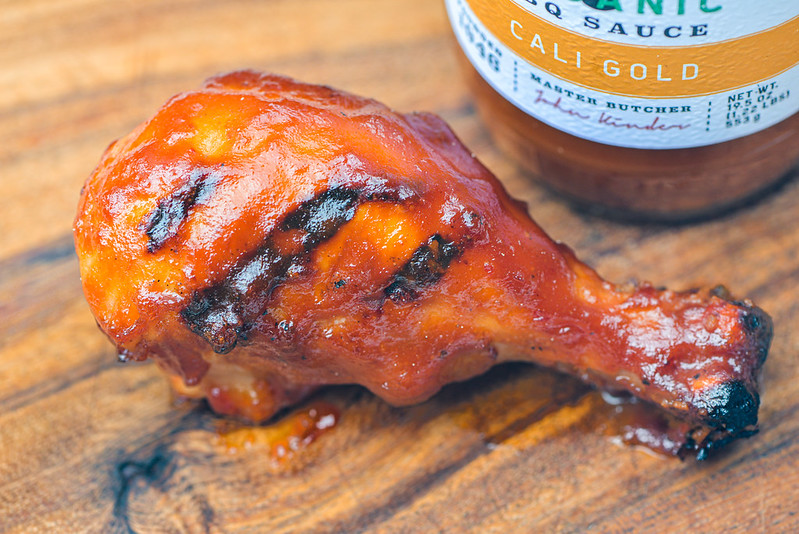 This sauce coated the chicken in a medium, even layer that baked down well over indirect heat. When moved directly over the coals, there was medium caramelization with no burning and only minimal sauce loss. The initial flavor remained mostly unchanged after being cooked with a sweet tomato profile that had complexities added by way of mustard and vinegar. The other elements, like the spices, were missing though, keeping the flavor pretty simple. That lighter touch meant it didn't overpower the natural taste of the chicken. The sauce was also notably sticky, creating the need to lick my fingers once the leg was done.

During my last trip to the grocery store, I purposefully picked a number of mustard based-sauces to help me add some depth to that category in my reviews. After choosing Carolina Gold as one of the sauces to try out, it felt fitting to add Cali Gold to the mix and see how different each coast was. The Carolina Gold was a true mustard sauce, with that pungent and sharp flavor right up front, while Cali Gold treaded familiar sweet tomato sauce territory, using mustard to add some underlaying depth. The balance worked pretty well, but I also kept finding myself wishing there a little more to the sauce to make it pop, especially after being cooked when the light touches of pepper, garlic, and onion became lost. The sauce did perform well on the grill, so I would say it works both raw and cooked, but for applications where it's exposed to heat, whatever this sauce is coating could benefit from a spice rub layer to add in some of that missing complexity. The sauce was a good compliment to the light flavor of the chicken, but I do think items with heavier touches like ribs, pork chops, and turkey, would benefit from a the addition of a rub as well.