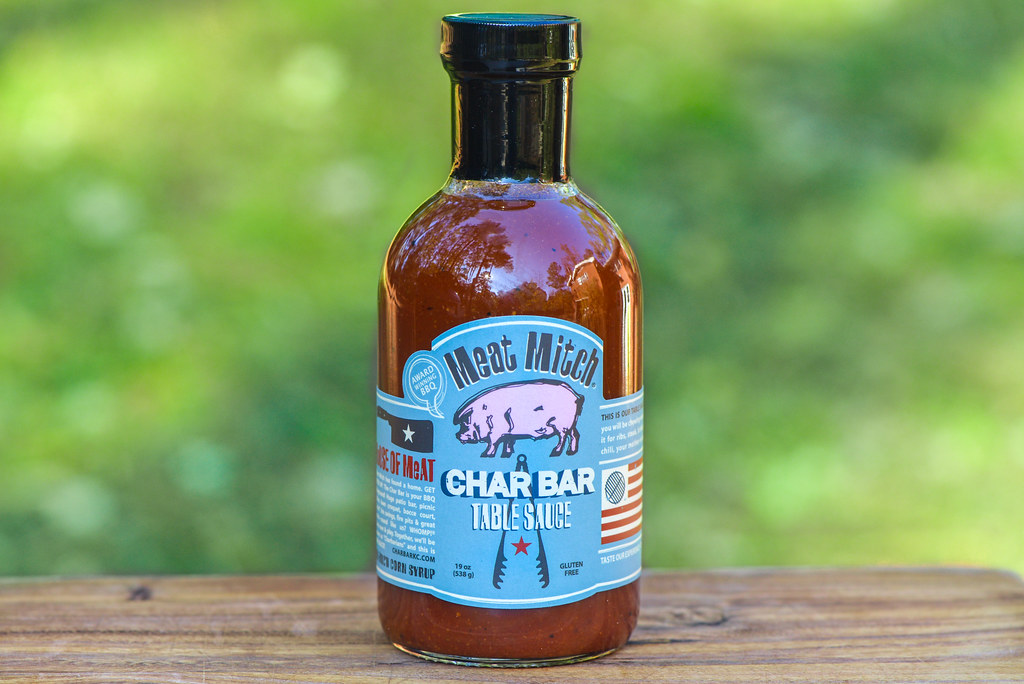 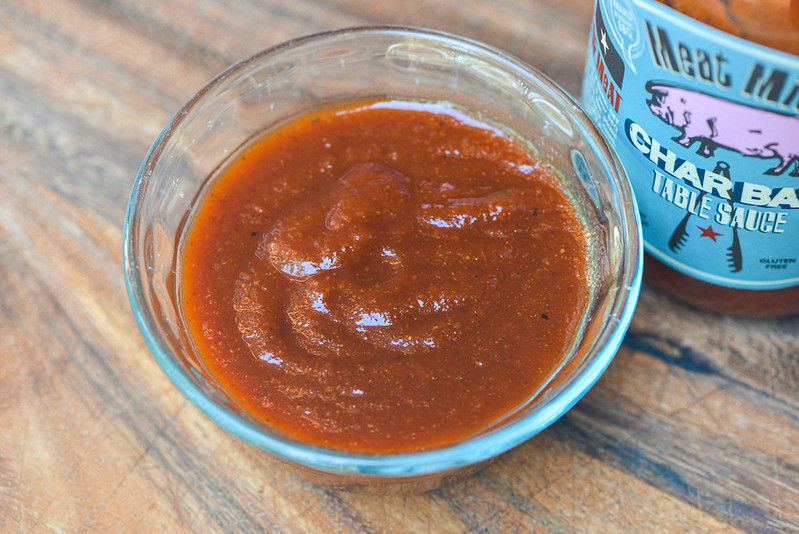 Eight years ago I picked up Meat Mitch's first sauce on a whim and it ended being one of the earliest sauces to be awarded my highest rating. Shortly after that, Mitch sent me his "Naked" version of the sauce and it followed the trend of receiving high praises. Since then, Mitch Benjamin, aka Meat Mitch, has been busy bringing his barbecue game to the competition circuit and finding success, marketing his sauces and rubs to competitors and backyard grillmasters around the world, and even opening up his own restaurant, Char Bar Smoked Meats and Amusements in Kansas City, MO. I noticed when making a recent barbecue sauce purchase that Meat Mitch has a third sauce now and decided that I had try it out.

A well spiced, acidic tomato aroma fills the nose upon first whiff of this sauce. That tangy tomato serves as the foundational barbecue component while complexity is built by fresh smells of garlic, onion, and a mellow molasses. There isn't much sweetness or heat in the aroma, but overall the sauce has a notable garden fresh type of profile.

This rusty red sauce is semi-glossy and has a lot of texture to it. While it is opaque, it's not hard to make out a lot of spices in red, white, and black small and medium specs. The sauce's thickness hits right in the middle of the scale while its consistancy is salsa-like but with a light syrupy character. From a suspended spoon the sauce first falls in a few large drips then switches to 2 or 3 smaller and slower ones. The sauce then ceases releasing and a medium coating is left clinging to the silverware.

Like the aroma, the taste starts out with a strong acidic tomato character that has a tomato paste-like quality. As the sauce settles on the tongue, a fleeting taste of sugar and molasses comes in only be overtaken by a strong wave of tartness by way of vinegar. At this time, the garlic, onion, and earthy peppers provided depth and added fresh flavors before a little heat and more tartness begin to dominate and leaves a tongue tingling, very acidic aftertaste. 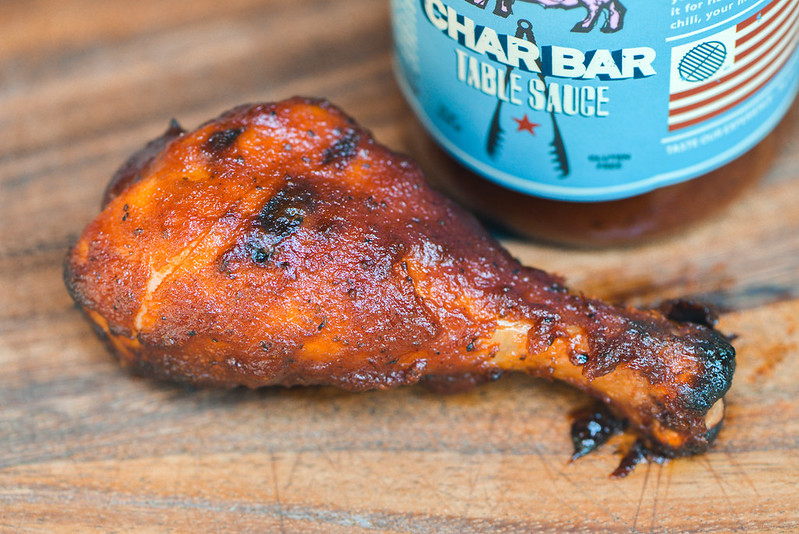 This sauce coated the chicken in a medium, uneven layer that never baked down over indirect heat. When move directly over the fire, there was a little caramelization, but most of the sauce actually became lost, requiring one last brushing prior to digging in. The sauce pretty much kept its same acidic tomato profile with notes of garlic, onion, and pepper. The one notable change was the caramelized bits introduced little more sugar into the party, creating a slight balance with the strong tang.

It's been a long time since I had Meat Mitch's sauces, but they still hold fond memories for me. This sauce, unlike the previous two, is a different beast in so many ways. Where the first two were developed to deliver a sweet and tangy, competition-winning profile that's meant to be used both on and off the grill, this sauce is what the bottle's label says it is—a table sauce. It's still "barbecue" in general terms, but sweetness is swapped for more intense tartness, which is great when pairing with smoked meats where some acid can really help cut through the fat. Being a finishing sauce, it probably was never designed to work on the grill, and it did not hold up too well there, never baking down and losing a lot of sauce over direct heat. So I'd recommend sticking to this as a dip or final slather only and its strong tartness means it can hold up to a whole host of contenders from ribs to chicken to brisket and beyond. As table sauces go, this one ranks pretty high for me primarily thanks to it fresh and bright taste compared to some others you will find in this category.