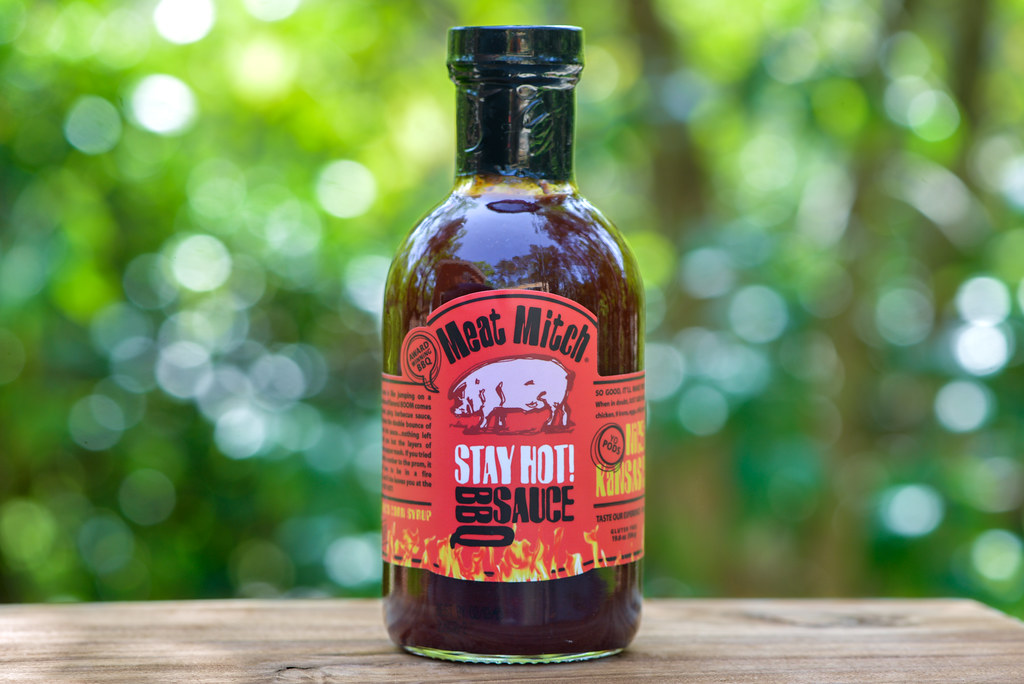 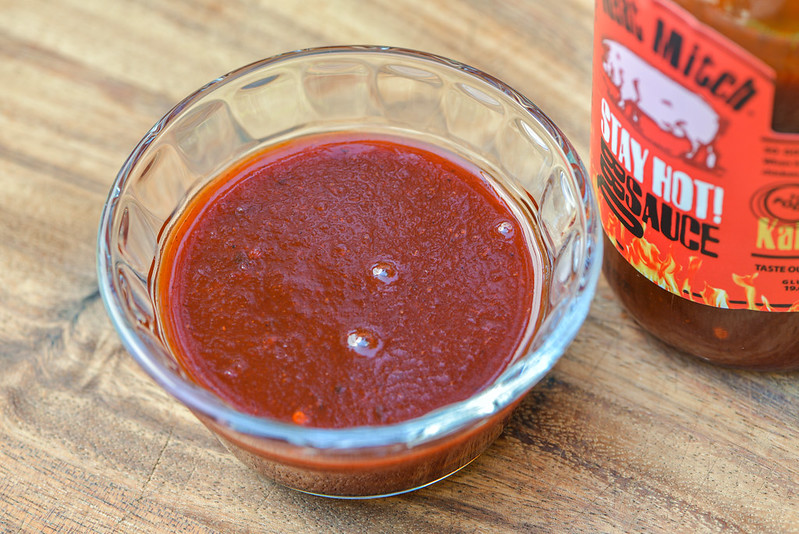 Mitch Benjamin opened his second barbecue restaurant, aptly name Meat Mitch, in Leawood, Kansas not that long ago, but when I first tried out his initial sauce back in 2012, he was still working his day job and had only recently birthed the Meat Mitch brand. His barbecue journey has taken Mitch to a lot of places since those beginnings, starting with doing more on the competition circuit, becoming a regular cook for the Kansas City Royals, opening a first restaurant called Char Bar Smoked Meats and Amusements in Kansas City, and expanding his line-up of products, which now include six unique sauce recipes that are available online and at numerous groceries and shops in the Kansas City area.

There's no doubt you're in for a ton of heat with an aroma whose peppers are so strong that they have the power to elicit a sneeze when taking in a deep whiff. The peppers smell pretty purely hot, with no real earthy of fruity undertones. Vinegar is the other primary component in the aroma, while there is a more nuanced and subtle barbecue complexity hanging out in the background by way of notes of tomato, Worcestershire, and just the slightest touch of molasses. There's also a garlicky sharpness that melds in with the peppery heat.

This maroon sauce has such a plethora of spices that they create a texture to what would otherwise be a very smooth consistency. Those spices are mainly small white and red specs, but there's some large white and black bits mixed in too. The sauce's thickness weighs in on thin side of medium-thin, and its wateriness has it falling very fast and evenly off of a suspended spoon with only a thin coating left clinging to the silverware after some final quick drips release.

The very first taste of this sauce has a tomato sweetness with a touch of molasses in the background, but those flavors quickly become neutralized by vinegar, which then becomes prominent as the sauce turns tart and spicy. The heat then comes in quick and is relentless. If you try, you can making out some garlic and onion undertones, but the peppers overtake everything else to create a mouth burn that only gets hotter once you think it has reached a crescendo. There's a lingering vinegar tartness in the aftertaste, but the peppers have more staying power and leave the mouth on fire. 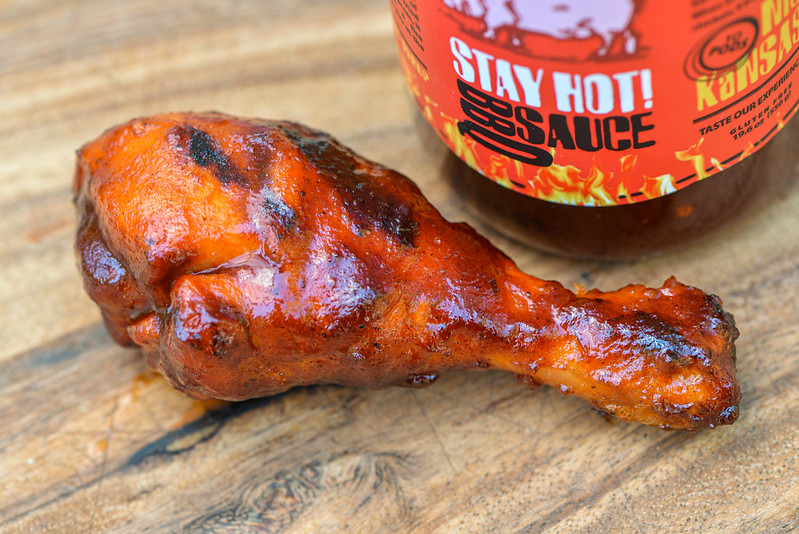 This sauce baked down very well over indirect heat as each thin and even application built up and created a good looking red-hued chicken leg. When moved to direct heat, there was no sauce loss at all and only light caramelization, which added to the attractiveness with some light browning and no burning. Unlike with most barbecue sauces, the sugar didn't really ramp up after being cooked and the heat was the main story from bite one. The first few tastes were tame enough to allow a decent tang, tomato, and Worcestershire complexity to come through, but then the mouth burn created by the peppers masked most else from there on out.

I do my sauce testing in batches, and if I know I have a super spicy sauce on my hand, I like to leave it for last so it doesn't mess up my taste buds as I try out subsequent sauces. I thought this sauce was going to be like the original Meat Mitch sauce I loved so much, just with a tad additional heat thrown in, and I was so excited to taste it that I put it first in my line-up that day. From the initial whiff, I should have known it would have been beneficial to swap my ordering because this sauce was all about the heat in the aroma, raw state, and cooked state. It was so hot that I required more drinks and time between tasting this sauce and moving on to the next one to properly reset my palate. There was certainly barbecue complexity to be had with tomato, vinegar, Worcestershire, and the like, but all of those elements are fleeting as it didn't take long for the peppers to dominate. Now I love spicy barbecue sauces, and my reviews lean into them heavily because they're my favorite, but for me, Meat Mitch wasn't striking a balance that made the sauce as enjoyable and layered as it could have been. I could taste the quality ingredients that went into the production, but I would almost consider this sauce more of a barbecue flavored hot sauce than a hot barbecue sauce. Because of that, I would only recommend this sauce to true heat seekers, and to be used in instances where barbecue isn't your primary concern—think along the lines of hot wings.