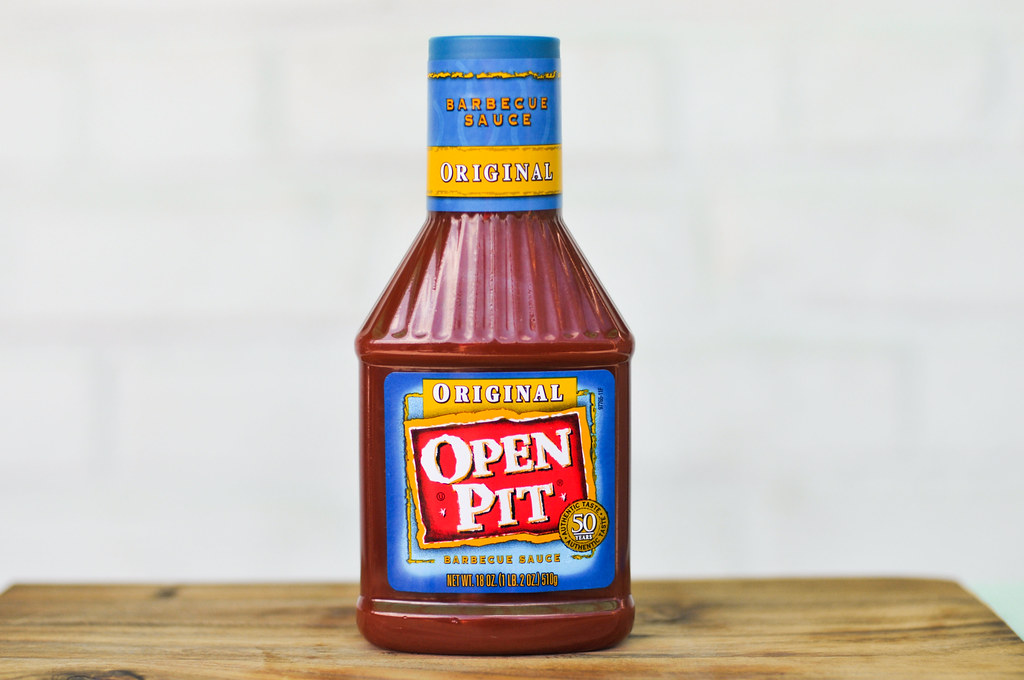 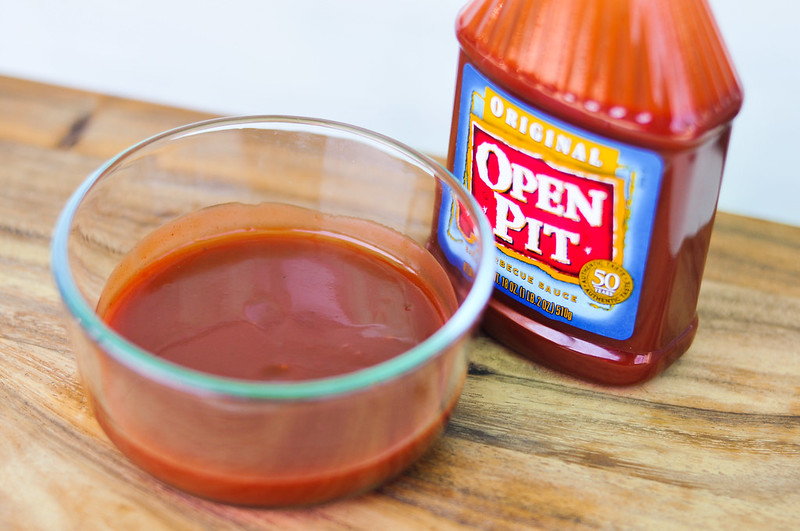 It's hard to distill any real information regarding Open Pit from their website. Besides noting that it's "tangy" 8 times, they do tell us that it got its roots in 1953 in Detroit. Since then its spread throughout the Midwest and beyond, as it's a fairly common sauce to see on the shelves here in New York. Open Pit comes in two main varieties: Original and Thick and Tangy. The Original series is comprised of a suite of six different flavors, while Thick and Tangy has 3.

Reminiscent of the horrid artificial smell of Nathan's sauce, Open Pit bares only the faintest resemblance of a barbecue sauce aroma. There's a sweet vinegar tang with some tomato in there, but there's nothing natural smelling about it—its as if a chemist tried to conjure up a barbecue sauce strictly from lab ingredients.

This is an incredible smooth, medium-thin sauce. With a pinkish-red hue, it has the properties of a ketchup thinned with water. The sauce easily and quickly flows off a suspended spoon in a fairly steady stream.

My thoughts on the smell carry over all too well to the taste—it's like a science experiment gone wrong. Incredibly artificial, there are manufactured barbecue sauce flavors in there that all taste very off. You start with a tomato sweetness, which quickly turns into an acidic burn. The flavor left in your mouth has only fleeting similarities to a good vinegar, but starts to cross the line into putrid. So it does have the tang Open Pit boasts about, but it's not a tang I'd want to highlight. 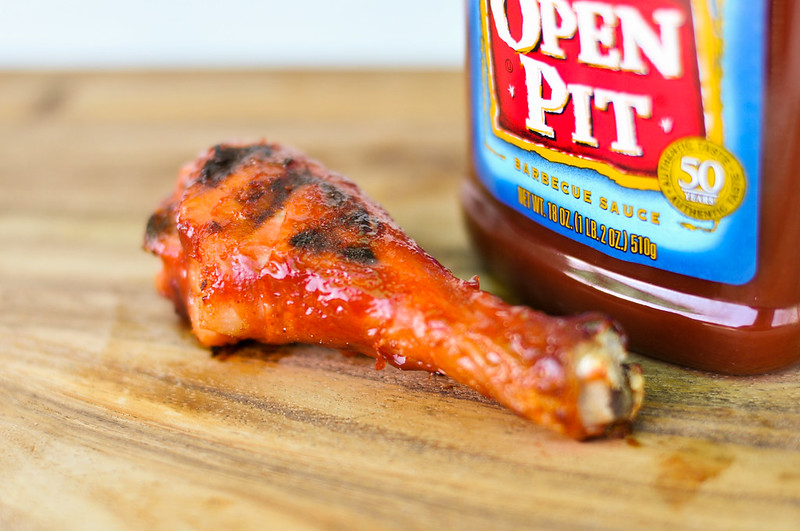 The sauce only fared slightly better when grilled. Despite starting to burn rather than caramelize and leaving an odd pinkish hue, the sauce did bake into the chicken and the flavor was not as bad after being cooked. It still did not have the qualities of a natural sauce and the super sticky chicken suffered from those off flavors.

I've noticed some allegiance to Open Pit out there, but I can only imagine these are people who may have grown up on the sauce. For anyone not already familiar with this sauce, there is no reason for you to be. Its artificial flavors had more in common with a science experiment than a barbecue sauce and I think it's destine to do more bad than good on any food it touches.