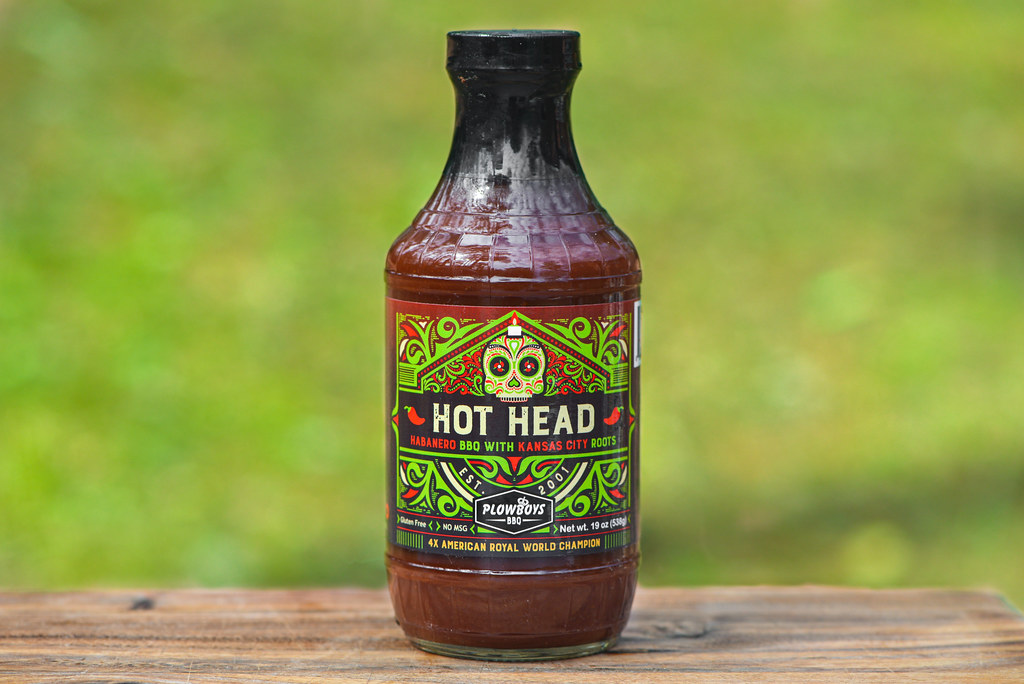 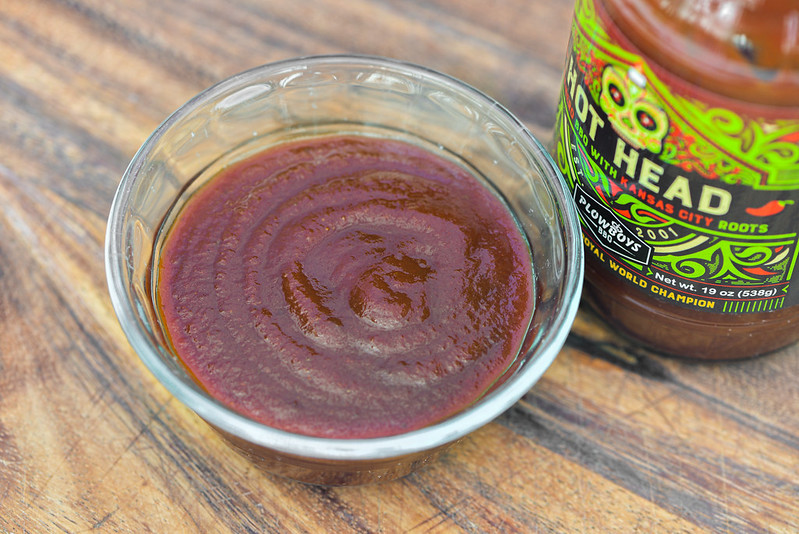 Todd Johns and Randy Hinck began their barbecue journey when they started their competition team, Pork Pullin Plowboys, in 2001. Over the next eight years they ascended the ranks in the circuit, leading them to a Grand Champion win at the American Royal. While the duo continued to compete, they also opened their first restaurant in Blue Springs, MO, then opened their second a couple years later in downtown Kansas City. In 2017 they got an opportunity to open a concession stand at Arrowhead Stadium, and the barbecue nachos they were slinging there became so popular that they were able to open a second stand two years later. They most recently expanded with a third restaurant in Overland Park, KS. Beyond their restaurants, they also sell five different sauces and three different rubs online.

A deep, acidic tomato profile is the most prominent characteristic in the aroma department. It definitely has a tomato paste quality with a hefty amount of vinegar tossed in. There is a mellow underlaying sweetness too, as well as a multi-faceted spice layer that includes the common garlic and onion with a pepper that kicks a little more than the average sauce. Adding to the overall barbecue complexity is some Worcestershire and a faint smokiness too.

This maroon sauce has a semi-glossy sheen and bit of a texture to it. Its dark hue and opaqueness makes it hard to see any spices save for a few white specs here and there. The sauce is medium-thick with a very slight syrupy consistancy. This translates to the sauce falling off of a suspended spoon in one large drip at first followed by an uneven pour that changes to two or three slow drips and ends with a medium coating of sauce still clinging to the silverware.

The first taste of the sauce is very odd and a bit hard to describe. That strong acidic tomato present in the aroma is up front and center from the outset. There's a fleeting sweetness that follows next and then the sauce gets very complex thanks to the Worcestershire and spices. A little smokiness is present right before the peppers kick in and combine with the vinegar to create a tongue tingling burn and spicy aftertaste. 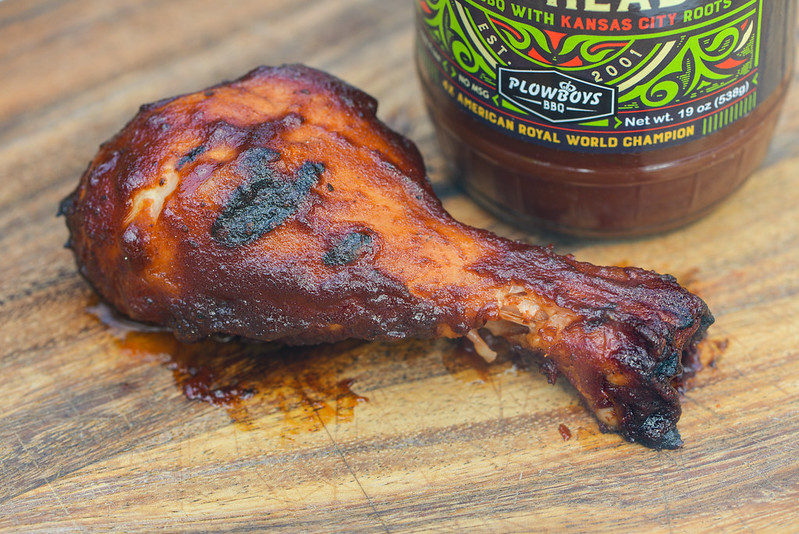 The sauce coated the chicken in a medium, uneven layer that baked down in a splotchy fashion over indirect heat. Not fully baking down led to more than normal sauce loss over direct heat, but the sauce that continued to cling, caramelized nicely. That strong acidic tomato profile continued to be the defining characteristic after being cooked. Some of those caramelized bits of sauce added a welcomed extra sweetness to the party, but not enough to tilt the balance of powers. The tongue tingling heat came into play after a few bites, as did the remaining elements that formed the overall barbecue sauce complexity.

I last tried out a bottle of Plowboys about five years ago, and not remembering it that well, I decided to give another one of their sauces a whirl. Looking back at my original experience, it seems to be pretty in line with how I was left feeling after this second—it's above the average supermarket sauce, but doesn't ascend to great heights for me. I'm usually a sucker for a spicy sauce too, and this did deliver the heat, but the overall profile tasted a little off and a bit heavy handed for the light flavor of the chicken. So if you do pick up a bottle of Hot Head, I would recommend it for heavier items—with burgers coming to mind as an ideal use—where you want a little extra punch and heat to work against the that fatty, beefy flavor.