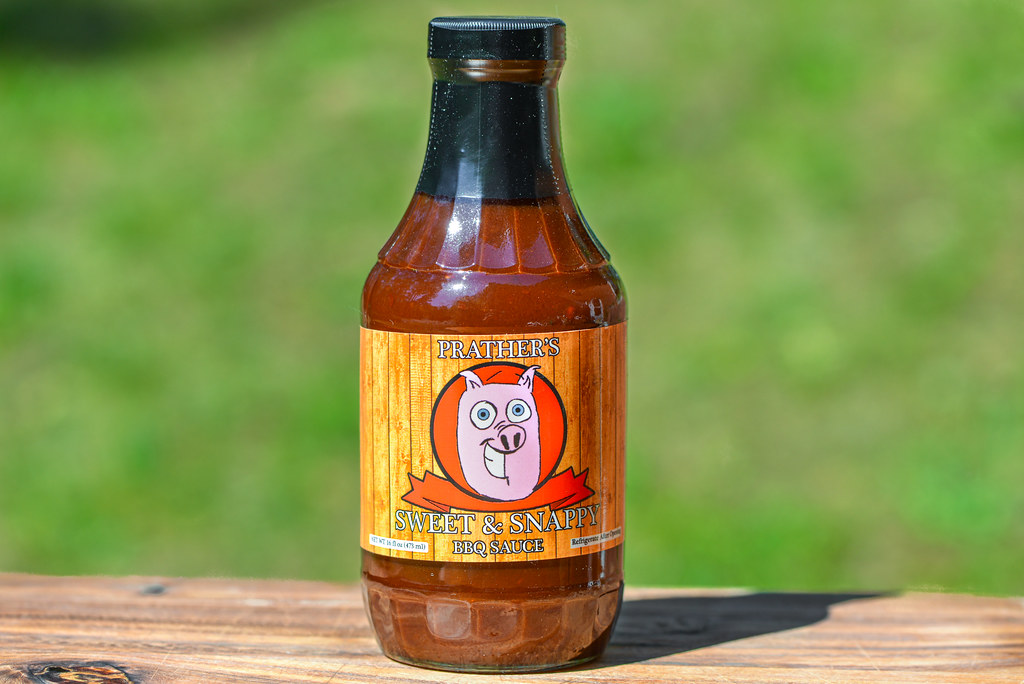 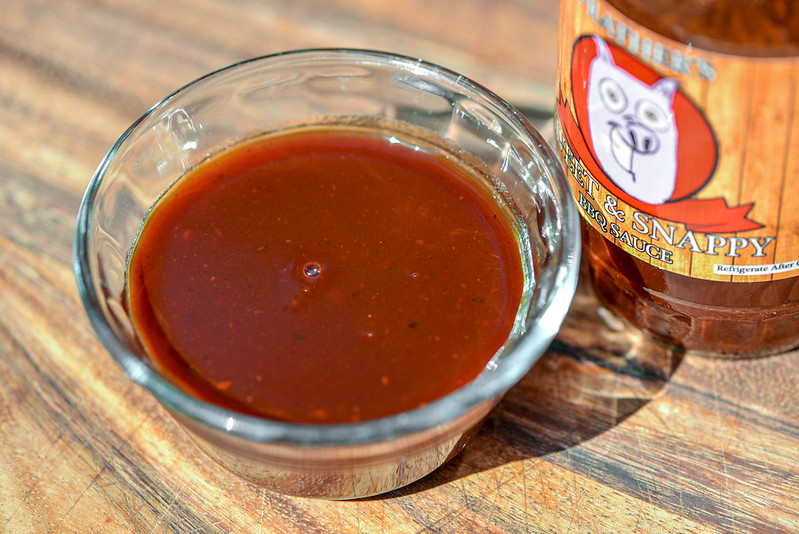 Michael Prather reached out to me about trying out his sauce and I was happy to oblige. Michael is a fellow North Carolina resident, currently in the Charolette area, but originally hails form Georgia. With Southern roots, it stands to reason Michael is a barbecue lover, but he's not tied to any particular style of sauce, and decided to make his own when there wasn't one out that hitting the flavors he really wanted to taste. The creation of his sauce was father-daughter affair, and after about 30 cracks at it, the two finally got something they were happy with that they dubbed "Sweetness." Still, the sauce wasn't capturing all the spice and tang Michael was after, so they continued to toy with the recipe until they finally got to this current "Sweet & Snappy" version. This sauce is currently produced out of Henderson, NC and is available for sale online.

A strong sweet and tangy tomato aroma greets you upon first whiff of this sauce. That ketchup-like smell has extra layers of sweetness by way of honey and molasses, while the tangy portion has a distinct Worcestershire depth mixed in. These all combine to give a deeply layered barbecue profile, which is only added upon by the background notes of a mild garlic and a heavier earthy pepper, hinting that there's some heat to come in the flavor.

This maroon sauce has a semi-glossy sheen and a smooth texture that's only broken up by small spice bits. Of those spices, a lot are visible in small, medium, and large specs that come in red, white, and black. The sauce's thickness is medium thin and it has a lightly syrupy consistancy, which combine to have the sauce fall in a fast and even pour off of a suspended spoon. Once most of the sauce has released, the stream switches to many slow drips prior to ceasing and leaving a thin coating of sauce left clinging to the silverware.

The flavor starts off with a multi-layered sweetness that has a mellow honey-like taste mixing with molasses. Tomato enters quickly to add a boost of fruitiness to the party, and then a combo of vinegar and Worcestershire add depth and tang. As the sauce settles on the tongue, the tartness intensifies while garlicky and earthy flavors work their way in. That earthy pepper then starts to release a mellow heat that intensifies as the tanginess also ramps up. These reach a crescendo as the sauce leaves the tongue, while the Worcestershire and molasses still persist, creating a full flavored, hot and tangy aftertaste. 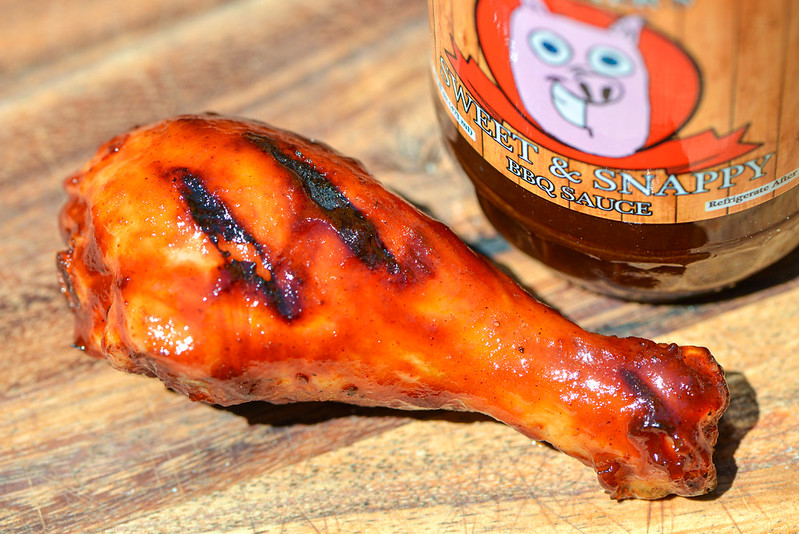 This sauce coated the chicken in a thin, even layer that baked down very well over indirect heat. When moved over the fire, there was some light caramelization and no sauce loss. The first bites of the leg brought with them a bright and sweet flavor that still had the complex underpinnings of barbecue sauce. The profile gained depth with a few more bites when the garlic and peppers started to make their presence known and the Worcestershire and tomato came out from behind the increased sweetness. By the time the piece of chicken was done, the sauce delivered the full experience tasted out of the jar, just with the balance tipping more towards sugar than vinegar.

When I went to write up this review, I realized Michael Prather had actually contacted me back in 2013 about trying out his sauce, but at the time it was not commercially available, so it was a no-go. I wonder if back then if he was still working primarily with his "Sweetness" sauce, because, while I obviously haven't tasted that sauce, the wait was probably worth it to get Sweet & Snappy. Michael likes to point out that this sauce's focus is on flavor over all else, which was made possible by not trying to mold it into any regional style, and I think that shows. You can't really pigeonhole this sauce into any classification except just "barbecue," and it delivers on those sweet, tangy, and spicy flavors you'd expect in an attention grabbing way. It's hard to put my finger what's really making me love this sauce—is it the extra tang, great tongue tingling heat, or all the complex layers—but I know it's delicious and a step above others. I recommend giving it a try on chicken, where it tasted especially good, but it would be a fine partner to a pile of smoked pork or ribs. With a hearty tang and heat, this could take on heavy hitting beef too, although you may lose some of the more nuanced components that make Sweet & Snappy so great.