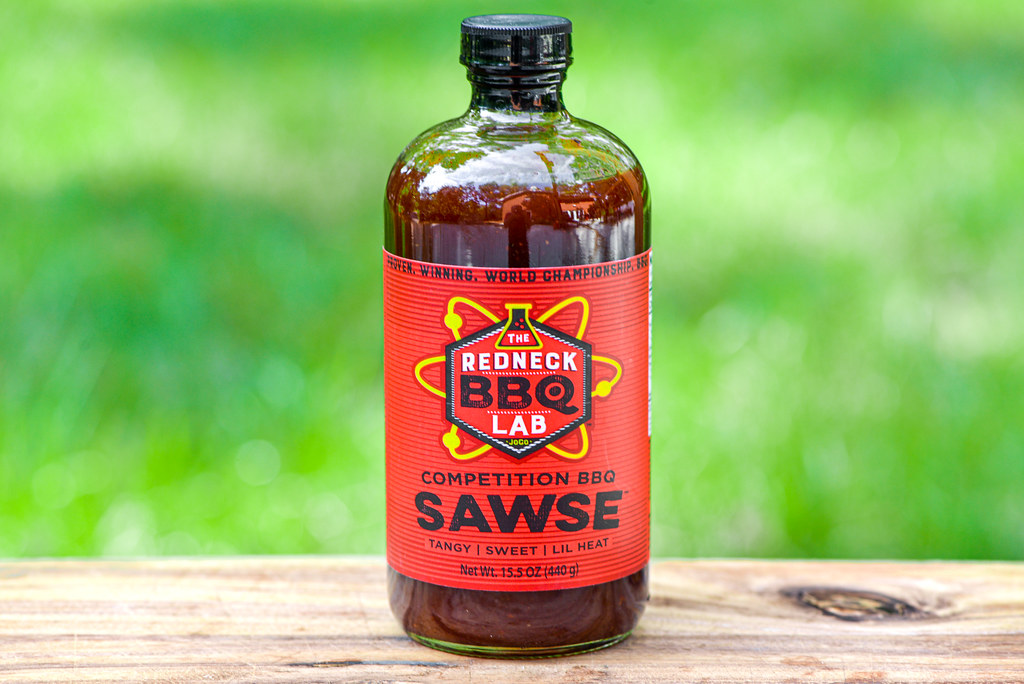 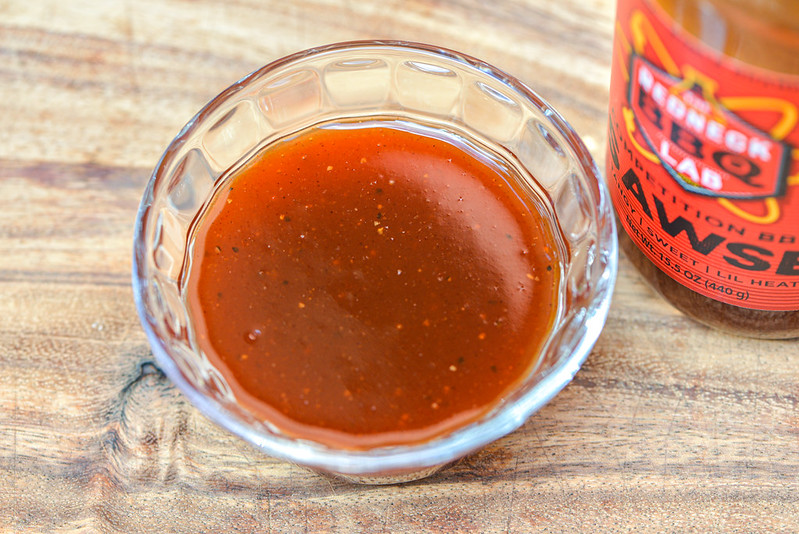 Jerry L. Stephenson, Jr is the man at the helm of the Redneck BBQ Lab brand and he began to sharpen his teeth in the art of smoked meats while in college at East Carolina University, where he found himself cooking at parties and tailgates, and even developed his own smoker. But it was only after working with a psychology professor, who schooled Jerry on taking scientific approaches to cooking by way of beer brewing, that he took up a similar approach with his barbecue. This led Jerry to team up with his sister, Roxanne Manley, to form the Redneck Scientific barbecue team. Together, they went on to win 24 Grand Championships and 20 Reserve Grand Championships in various KCBS comps, as well score an appearance on Chopped: Grill Masters. In 2017, Jerry and Roxanne used all their cooking know-how to open up a restaurant called The Redneck BBQ Lab in Benson, NC. Beyond slinging smoked meats and desserts, they sell five sauces and three rubs online and at select groceries in and around the Triangle region of North Carolina.

A strong smoky Worcestershire aroma is upfront in the initial whiff of this sauce. It's prominence gives the sauce a unique stamp from the get-go, but a ketchup base sits close behind, adding that common sweet tomato component. There's a pretty equally pairing of vinegar tartness that contrasts against the sugars, along with an earthy and smoky pepper spice layer. There's a lot of complexity to the aroma that hints that there's more spices at play, but the Worcestershire really dominates in a way that makes more nuanced players hard to discern by smell alone.

This glossy, maroon sauce is semi-opaque and that makes it easy to see a lot of spices in medium-sized red, black, and white bits. The sauce's consistency is very smooth and syrupy, while its thickness is medium thin. These traits all combine to have the sauce falling from a suspended spoon in a fast stream that stays constant and even until a final few drips end the pour and a thin coating of sauce is left clinging to the silverware.

A syrupy sweet start brings along with it a bright and fruity tomato flavor that combines to create a sugar-spiked ketchup taste. It only takes a second or two though for Worcestershire to bring the barbecue depth and complexity, acting on its own at first, then with support by a medium vinegar tang and an onion-power undertone. The tomato sweetness persists as the tartness dials up at the same time the peppers kick in, which initially impart a smokiness, then a layered heat with some black pepper sharpness and mellow spiciness. Both the Worcestershire and vinegar get one final boost in the aftertaste, overtaking the sweet ketchup, but not drowning it out completely, to create a multi-faceted and pleasing finale. 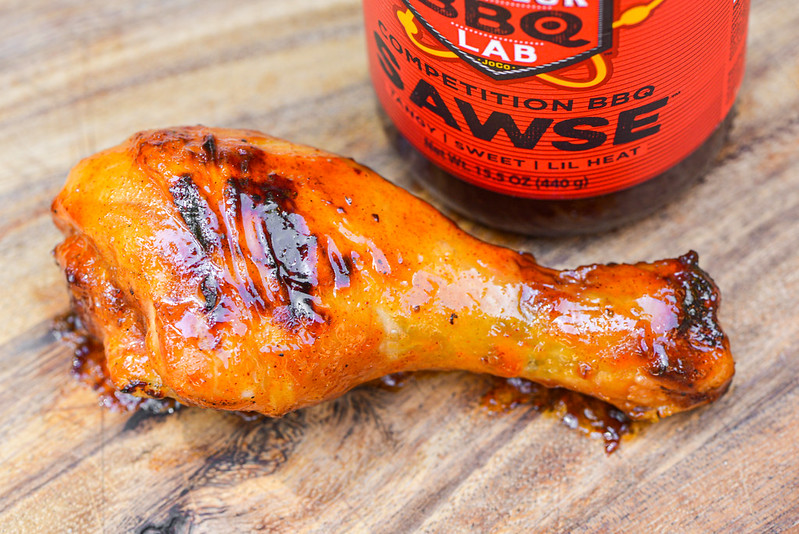 This sauce brushed on in a very thin layer that slide off the chicken in places. It did bake down well, which allowed a decent coating to build up over multiple brushings. When moved directly over the coals, there was very little sauce loss and medium caramelization, mainly where the sauce touched the grates. The flavor after cooking really tilted towards sweet ketchup more than anything. That Worcestershire, vinegar, and peppery depth were there, but diminished to a point that they all played second fiddle of the mainly ketchup-like profile. The chicken did have notably good looks with an even and glossy red coating.

The first tastes out of the jar had me really excited about this competition-style sauce. Sure, it had that sugary sweet tomato taste that judges love, but there was so much complexity from the Worcestershire and spices that were delivered in a manner that made the sauce really unique and had me pretty confident that this sauce was going to completely win me over. Unfortunately what I loved most out of the jar turned to a flatter, and more standard, sweet tomato profile after being cooked. It wasn't very challenging on the palate, but I can also see it being well suited to win competitions, especially when you take into consideration the good looks the sauce provided. For the standard backyard griller and barbecuer, that dropped the sauce down a notch in my mind for cooking with, but it's definitely a head turner out of the jar, which is how I'd recommend using this. I ate spoonful after spoonful as-is, but I'd love to dunk some chicken fingers in this stuff or dose a pile of pulled pork in it. I can taste the care and work that went into this sauce, which makes me more excited to try out the other varieties that may be more tailored to the home cook rather than the barbecue competitor. 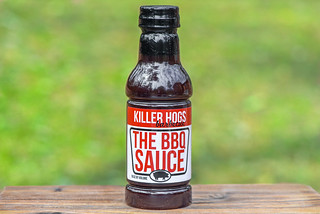