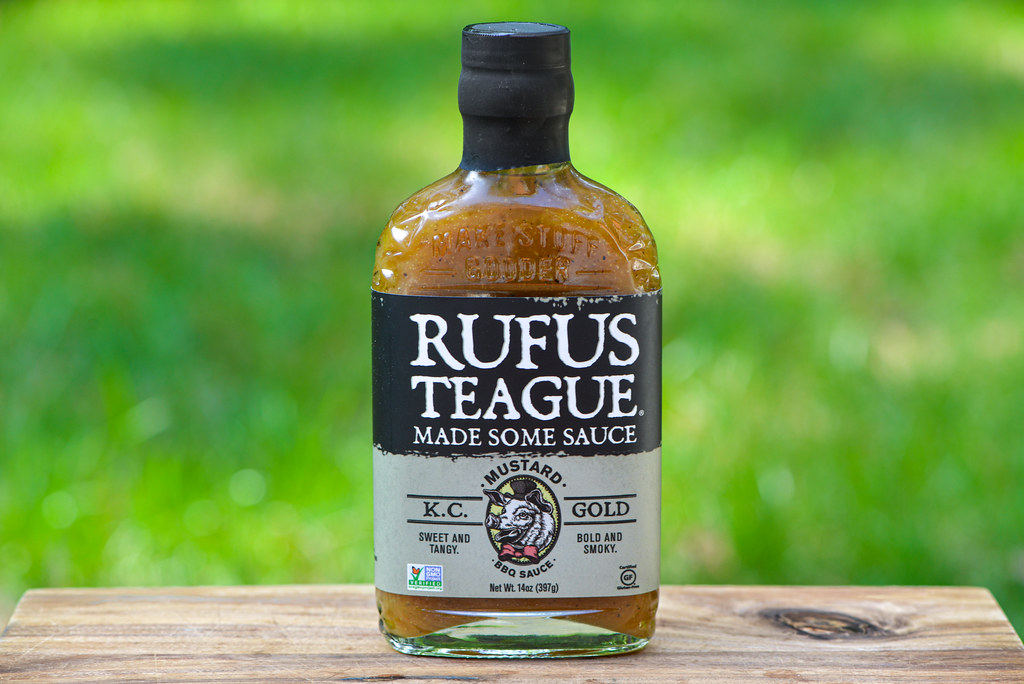 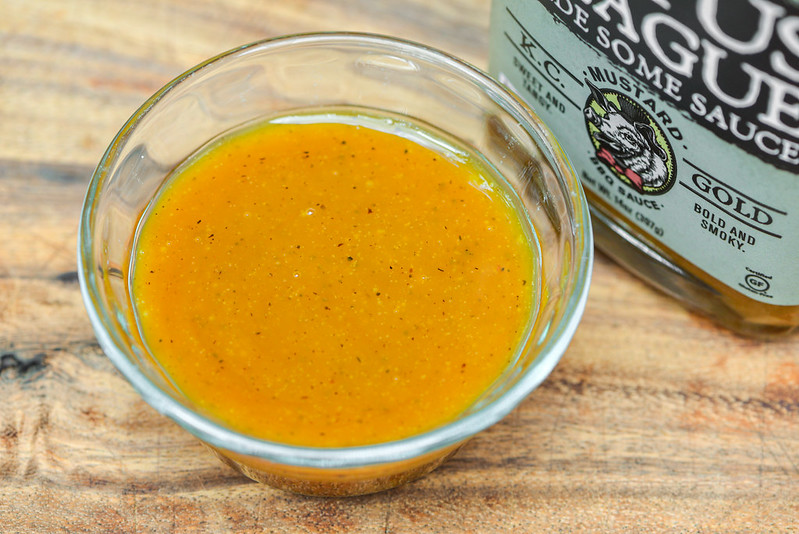 There's a good chance I can write up the background for most sauces without even researching the history—person likes barbecue, friends and family like said person's barbecue enough that person starts competing and/or selling their sauces. So goes the story for John McCone too, who created the Rufus Teague brand in 2004, but unlike most folks, John kept the sauce's true origins pretty opaque by fabricating a backstory of a man named Rufus Teague who was and old timer and barbecue master who used his leftover whiskey flasks to bottle and sell his sauces. The "Teague" part is actually a family name on John's mother's side, but the rest of the story is pure marketing, which helps the brand stand out in a crowded field, especially in his home base of Shawnee, Kansas, which is just outside the barbecue mecca of Kansas City. Rufus Teague currently has eight unique sauces, some which have garnered awards over the years, along with various rubs and other food items that are sold online and in grocery stores in many areas of the United States.

A very understated and mellow aroma greets your nose with a primarily sweet profile that has some mustard depth to it but without the sharpness and pungency you may expect. There's an onion-y component that's mainly sweet and provides depth to the sugary smell. Beyond that there's really just only light touches of vinegar tang and black pepper heat in this rather simple profile.

You can see a lot of small and medium sized white and black spice specs in this mustardy yellow and semi-opaque sauce. The sauce has a thickness that saddles the middle of the scale and a very smooth and syrupy consistency that creates a glossy sheen and leaves the sauce falling in a fast and even pour from a suspended spoon. Once most of the sauce has released, the stream switches to numerous fast drips and then a number of slower ones before finally ceasing and leaving a medium coating of sauce left clinging to the silverware.

A sugar explosion overtakes the taste buds on the first taste of this sauce, but that syrupy sweet start gains depth from a mustard pungency and heat after a few seconds of settling in on the tongue. The sweetness stays primary though as molasses provides additional character, and there's a fleeting taste of onion before a mild tang and peppery heat both start off the aftertaste, The sugary and mustardy flavor stays well planted though as a boost of tartness arrives in the final moments and finally provides contrast, but it's still a sweet story being told with mustard, pepper, and vinegar only playing minor roles in the final act. 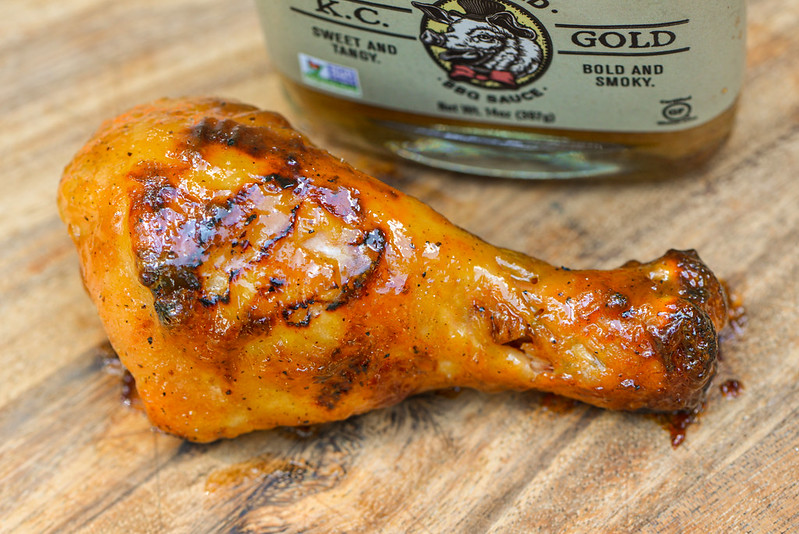 This sauce coated the chicken in a medium and even layer that baked down very well over indirect heat, leading to almost no sauce loss when moved directly over the coals. There was some quick caramelization, but those darkened spots remained browned without venturing into blackened or burnt territory at all. While the sauce had some depth and contrast out of the jar, pretty much all of that was lost after being cooked with a flavor that was sugary sweet and not much else.

After eating a chicken leg that was quite blah thanks to a sauce that didn't deliver much beyond sugar, I marked this sauce to get one and half stars, which is a pretty low score for me. The sauce wasn't bad, but just fell flat, and with the mustard not popping at all, I wondered what was the point. When writing up the review though and giving it a second taste, I was reminded that, while this was still a sugary sweet sauce, it had the mustard, molasses, vinegar, and peppery complexity out of the jar to make it at least deserving of a half a star more. I noted that this is a mustard sauce that mustard haters would probably like, but then is it really doing itself any service being a mustard sauce at all? While I've enjoyed many of the Rufus Teague sauces, that lingering question has kept this one from joining its peers as something I recommend more highly, although I do think there there could be some good uses for this sauce out of the jar. In particular I think it would make a tasty dip for chicken fingers or a finishing sauce for wings.