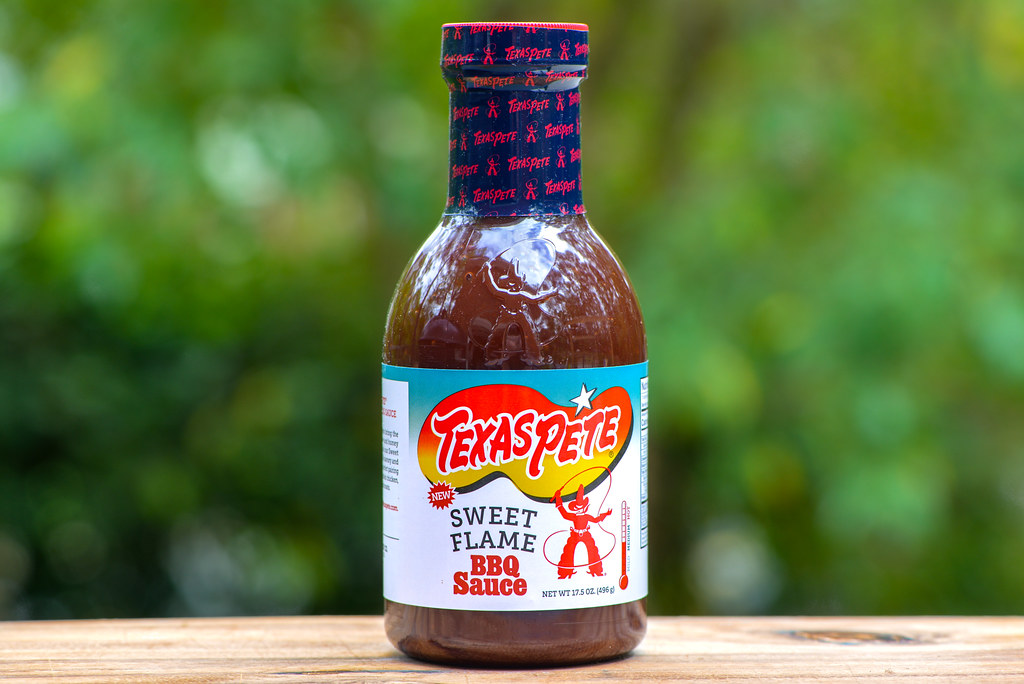 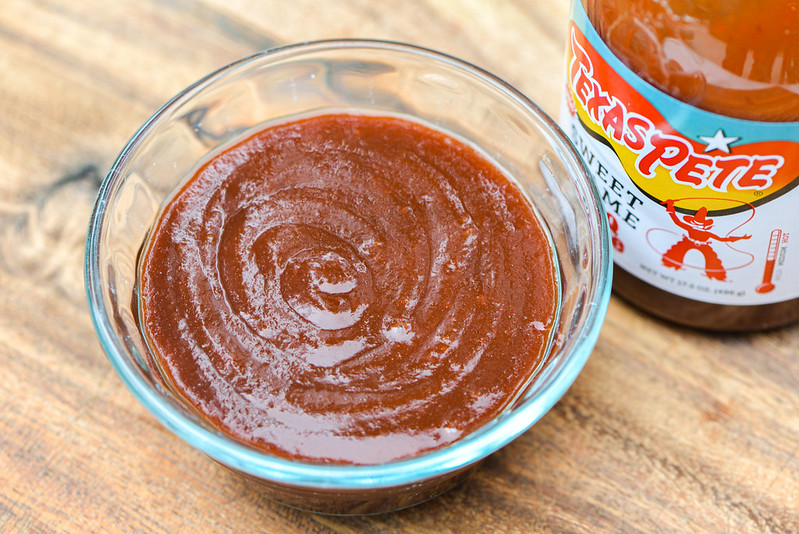 A new line of Texas Pete barbecue sauces really brings this hot sauce brand full circle—it actually got its start in 1929 as a barbecue sauce served in a restaurant called the Dixie Pig run by Sam Garner in Winston-Salem, NC. When patrons requested a spicier version of the sauce, one loaded up with cayenne pepper is what Sam cooked up, and that would then become the backbone of the Texas Pete brand which got its name after Sam rejected the suggested "Mexican Joe" in favor of something more American, settling on "Texas" due to that state's reputation for spicy cuisine, and "Pete" because that was his son Harold's nickname. Sam and his three sons formed a business partnership in 1946 and called it T.W. Garner Food Company, and that same family-run company produces the sauce today on the site of the original Garner home in a factory that has expanded multiple times over the years. The Texas Peter brand produces a number of different hot sauces along with a dry seasoning and four distinct barbecue sauces.

A harsh tang with a hefty backing of molasses and liquid smoke defines the initial aroma of this sauce. This creates a lightly pungent smell whose tartness is strong enough to leave a little burn in the nostrils. The standard sweet tomato bearer also has a prominent presence, providing the main contrast and balance to the smoky tang. Adding to the sharp character of the aroma is a spice layer that features onion powder and pepper, the later could also be a player in the tingle left in the nose which is a good hint of the heat to come in the taste.

This semi-glossy, maroon sauce is opaque, but despite that, it's not hard to make out some larger white pepper seeds here and there as well as more numerous orange spice specs heavily embedded in the sauce. The sauce's thickness hits right at the medium line, and paired with a syrupy consistency, it falls in a quick and steady stream off of a suspended spoon. After three or four slower drips to finish off the pour, only a thin coating of sauce is left clinging to the silverware.

That harshness that was prevalent in the aroma plays out in an even bigger way in the taste. After a fleeting sweetness at the outset, the sauce quickly turns acidic with a deep tomato flavor and strong vinegar tartness. A little balance is struck as a wave of molasses comes in as the sauce settles on the tongue, but that is short lived as the acidity takes a quick turn northwards. Some onion and mustardy flavors join with peppers at this point to give the sauce more depth, while a smokiness enters that has the strong stamp of liquid smoke, which only further adds to that overall bold profile. It's at this point that any lingering sweet tomato and molasses fades and the burn of cayenne takes hold, forming a union with the still strong vinegar to leave a spicy aftertaste very much akin to a hot sauce. 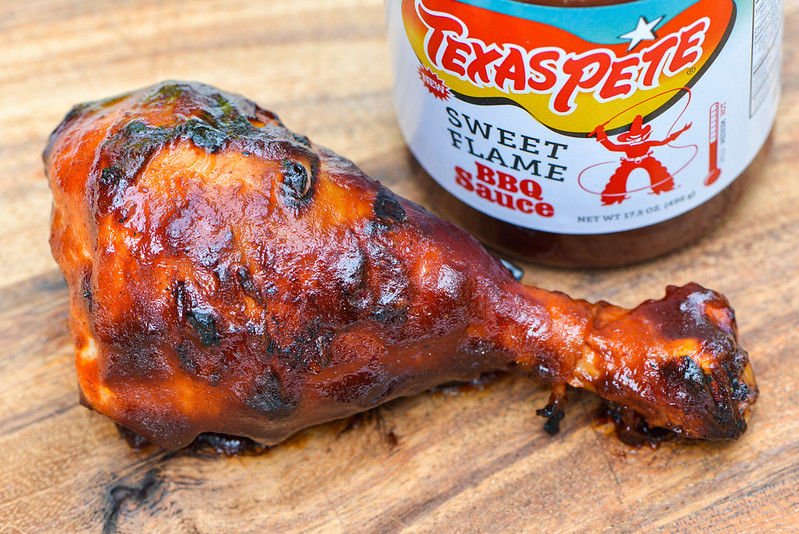 This sauce coated the chicken in a medium, even layer that baked down very well over indirect heat. When move directly over the fire, there was minimal sauce loss and slightly above average caramelization, leaving an attractive dark mahogany hue with blackened spots all over the leg. Like out of the jar, there was a strong acidic tomato flavor right off the bat, but a little boost in sweetness provided extra contrast, evening things out better and taking that harsh edge off. Something tasted a bit off though initially, but that got masked quickly as the heat made an early entrance after just a few bites and began to drown out some of the other flavors as it created a mild tongue and lip tingle that lingering from one bite to the next.

I think you're required to hold a place in your heart for Texas Pete as a North Carolinian, but I've been a big fan of this sauce since my earliest days in cooking when I still resided in New York. I've found the more neutral and less spicy cayenne flavor of Texas Pete makes it more all purpose than some other brands, rendering it well suited to be my hot sauce of choice to add heat to many types of recipes. That characteristic I like about the flagship Texas Pete product is definitely present in this barbecue sauce, but the rest of ingredients built up around it felt a bit off balance and too harsh for their own good. That, combined with strong presence of liquid smoke, squarely put this into the "bold" category of many supermarket sauces and I struggled to find more to like here. So while I'm not going to be losing any love for Texas Pete hot sauce, I feel like at least this recipe of their new barbecue sauce line can be passed on, although if you like a good spicy tang, this could serve you better than some other sauces you might pull off the shelf. That being said, I can imagine a couple of their other barbecue sauce varieties being better suited for this type of strong hot sauce treatment, so I'm still interested in trying out the rest in the line to see if that inkling plays out to be true.