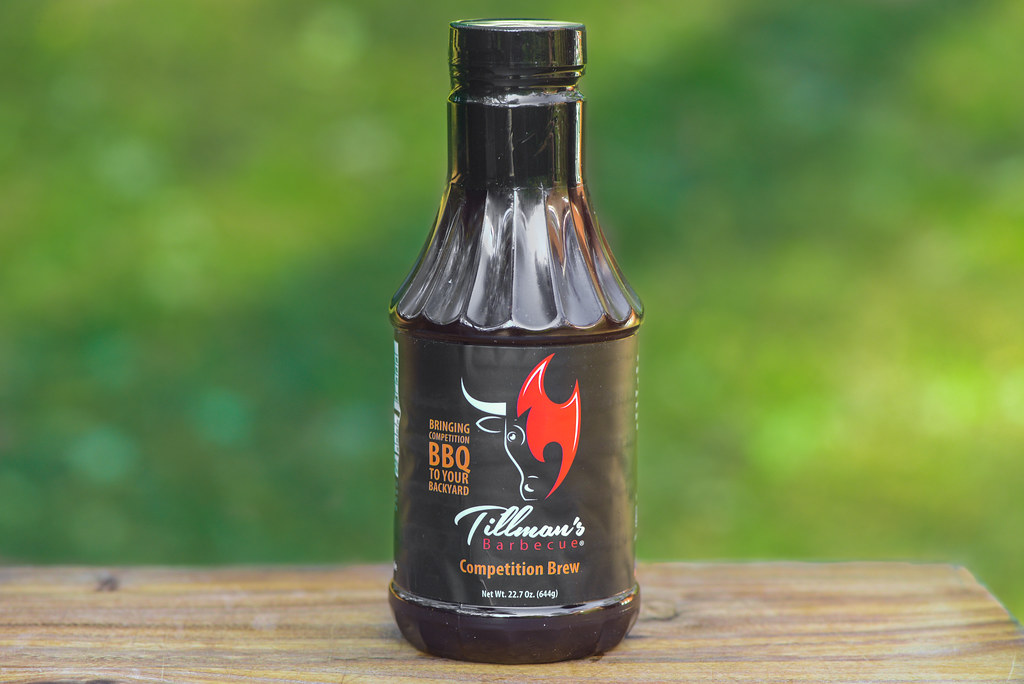 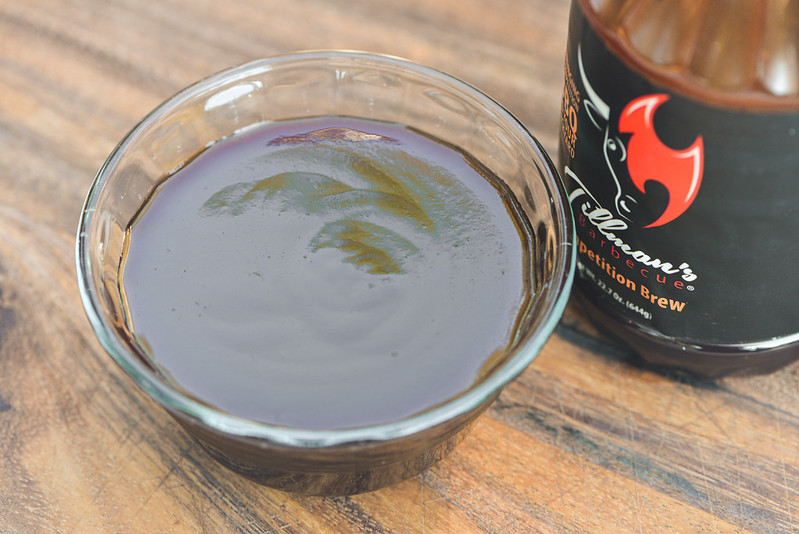 The barbecue story is a family affair for Tillman Lee Newman, the man behind Tillman's barbecue. His Grandmother, Ann Carol Nelson, had an uncle who developed the family's first barbecue sauce following WWII. Like so many sauces, its recipe was kept a secret and only entrusted to family members throughout the years. Lee took up competition barbecue in 2013 and found instant success by winning first place pork and best backyard team overall. This incited the competition bug and a deepening love of the craft of smoked meats, leading him to continue to compete and also begin bottling his sauces, which included that cherished family recipe as well as this competition-style sauce and another Chipotle Apple variation. The sauces are produced out of Lee's home base of Coral Springs, FL.

Overall, the aroma of this sauce is light and understated. The first big whiff brings mellow notes of molasses and Worcestershire, creating an instant barbecue complexity. With a few deeper nosefuls, a mild vinegar tang comes into play and a sweet tomato ketchup base makes itself known. There's a bit of an oniony undertone to the aroma, but not real heat or further spices.

This dark maroon sauce is very smooth and has a shiny sheen to it. While it has a dark hue, it's still semi-opaque, so it's not hard to make out the small and medium spice specs that come in red, white, and black. The sauce sits right in the center of the thickness scale and has a syrupy consistancy. This equates to a slow and steady pour off of a suspended spoon that changes to several slow drips once most of the sauce has released, then leaves a medium coating left clinging to the silverware once it ceases falling.

A super sweet and syrupy start lingers for awhile until any other flavors begin to come in. When they do, the flavor starts with some molasses depth followed by a strong way of Worcestershire backed up with a mellow vinegar tartness. With the sauce now on more solid barbecue footings, a taste of sweet ketchup next continues the trend and then onion and an earthy pepper combine to cement that comforting complexity. The peppers release a mild heat as the sauce leaves the tongue, but it's still mainly the sugar, molasses, and Worcestershire that define the aftertaste. 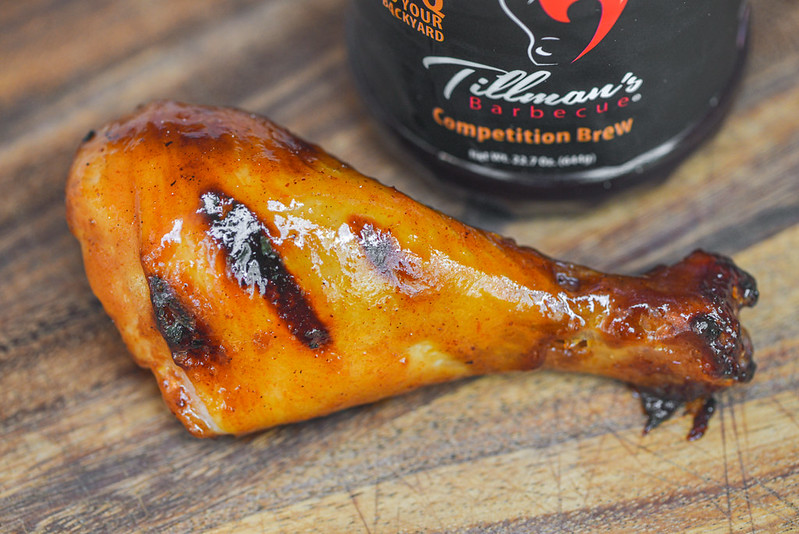 This sauce coated the chicken in a medium, even layer that baked down well over indirect heat. When moved directly over the coals, there was some light caramelization and no sauce loss, creating a fairly even hued piece of chicken. The taste was bright and sweet, with the sugar, Worcestershire, and vinegar delivering an instant barbecue flavor. After multiple bites, those little nuances of the sauce, like onion and peppers, made their way in to create a more robust profile.

When a sauce is thick, sweet, and syrupy, there's a good chance it was formulated for competition. Tillman's Competition Brew tows that familiar line with its crowd-pleasing sweetness and just enough spices and depth to make a judge take notice, but not be challenged or turned off in anyway. So it's safe to say that this sauce will also churn out some delicious meats in your backyard, delivering a familiar and well layered barbecue flavor that has the added benefit of also creating visually beautiful coatings. The profile of this sauce worked really well with the chicken and has enough complexity and heat to tackle some heavier items too, like ribs and pork shoulder, but might get a little lost of the heartiest of meats like brisket and burgers. 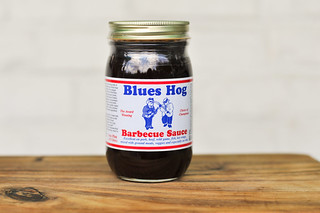