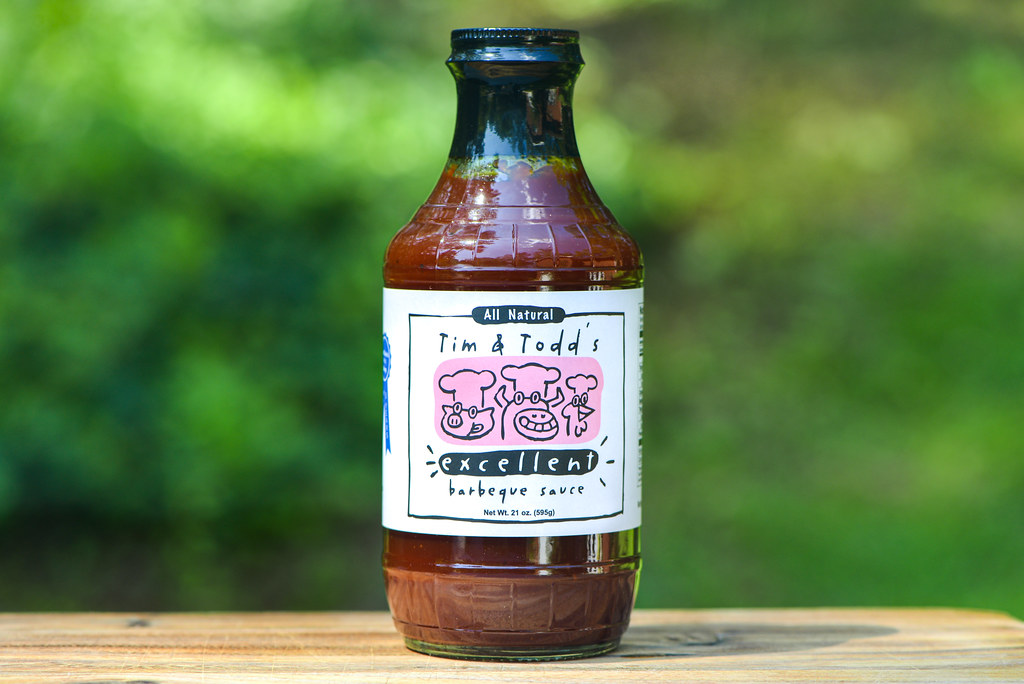 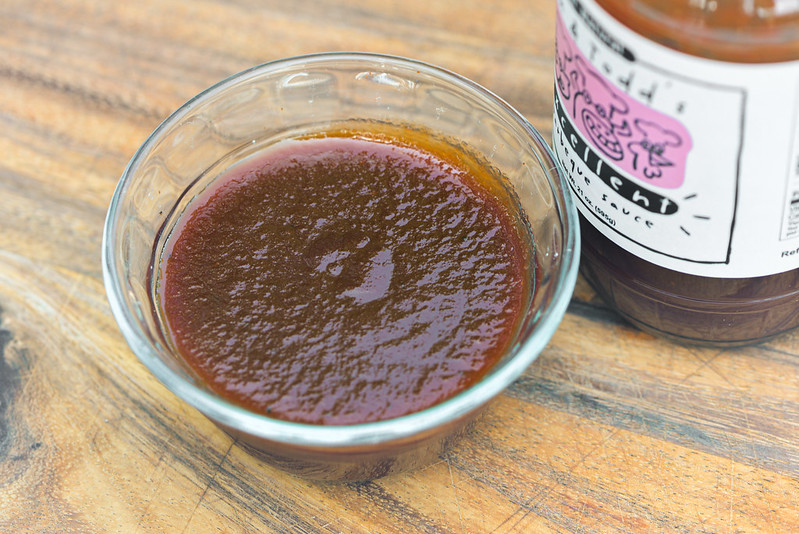 Every now and then I get a sauce that's a bit of a head scratcher on the background, and Tim & Todd's is one of them. The sauce caught my eye from the illustrations on the bottle and the fact that it boasted being awarded "Best Sauce on the Planet" at the American Royal in 2010, as well as being 3-time first place champs at the Jack, although I haven't been able to verify either of those claims. All I've been able to dig up on the backstory is from a short paragraph on the Tim & Todd's Facebook page that says they're a Kansas City-based competition team who developed their own sauce to give them an edge in battle. They crafted this sweet, KC-style sauce out of their own kitchen in Lee's Summit, Missouri and now sell it with a few online vendors.

The aroma of this sauce hits all the classic barbecue components in a very balanced manner. There's a molasses tinged sweet tomato base with a medium tartness to contrast the sugars that creates the foundational smell. Then sitting right underneath that are notes of garlic, pepper, onion, and smoke that create complexity. A little extra tingle in the nose hints that there's a little heat in there as well.

This maroon sauce has a semi-glossy sheen and a very light texture to it. The sauce is opaque, but in bright light you can make out a few spices here and these that are mainly small white and black specs. Its thickness lands right in the middle of the scale, while the sauce's constancy is lightly syrupy. From a suspended spoon, the sauce falls in a large drip to start and then changes to a fast, uneven pour that slows to one or two slow drips before ceasing. Once it does stop flowing, a medium coating of sauce is left clinging to the silverware.

A syrupy sweet start quickly mixes with tomato to deliver a ketchup-like first taste. As the sauce settles on the tongue, a minimal molasses adds some depth to the sugars before the vinegar comes in and begins to add tartness. Next, all the spices discernible in the aroma can be tasted with garlic, onion, and pepper all making appearances along with a faint smokiness. As the sauce exits the mouth, those peppers turn mildly spicy and the vinegar ramps up to finish with a tongue tingling heat and tartness that still holds background flavors of tomato, sugar, and all the spices. 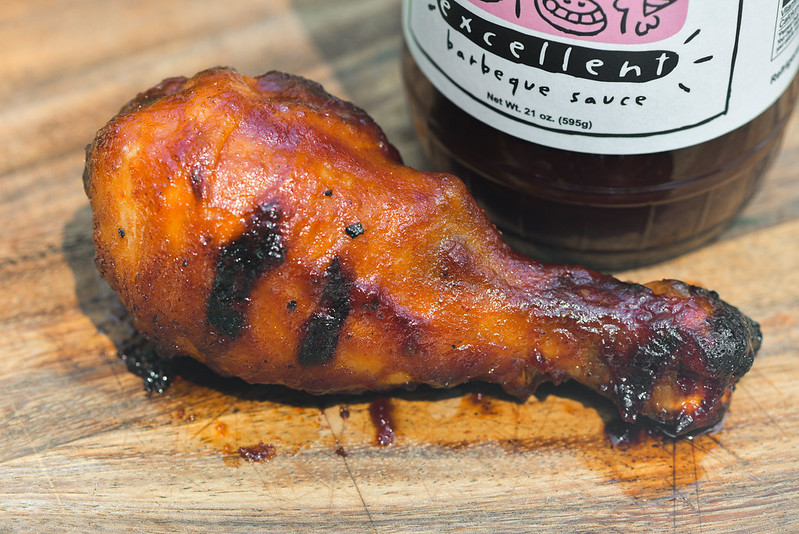 This sauce coated the chicken in a medium and even layer that baked down just okay over indirect heat. When moved over direct heat, there was a lot of sauce loss, but what stuck very quickly caramelized. The first bite of the chicken had a mainly sweet ketchup taste, but then that tang came in by the second bite. All of the spices came in on the third bite, and from then on, the chicken had the full flavor that was tasted out of the jar, but with a scaled back heat. The taste overall was also notably bright and fresh.

It was the cute drawings of animals that attracted me to this sauce, but I came to find that it was also aptly named because it is indeed "excellent." This sauce isn't going for gold in uniqueness, but rather strives to deliver a well crafted standard barbecue profile, which it excels in. For people who have only had the standard supermarket sauces, I feel like a bottle such as this one can be eye opening in that it provides those familiar tastes, but does so in a way that's undoubtedly fresher, more balanced, and full flavored without having to be overtly "bold." It's certainly going to make your grilled and smoked goodies taste delicious and work with any type of meat, although due to some sauce loss over direct heat, it may not be the top performer in high heat grilling scenarios. Still, if a high quality, well balanced, and overall just great tasting standard barbecue flavor is what you're after, then Tim & Todd's is going to deliver for you. 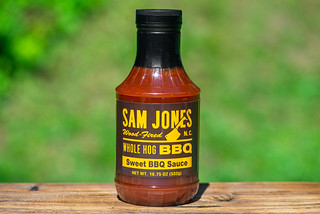