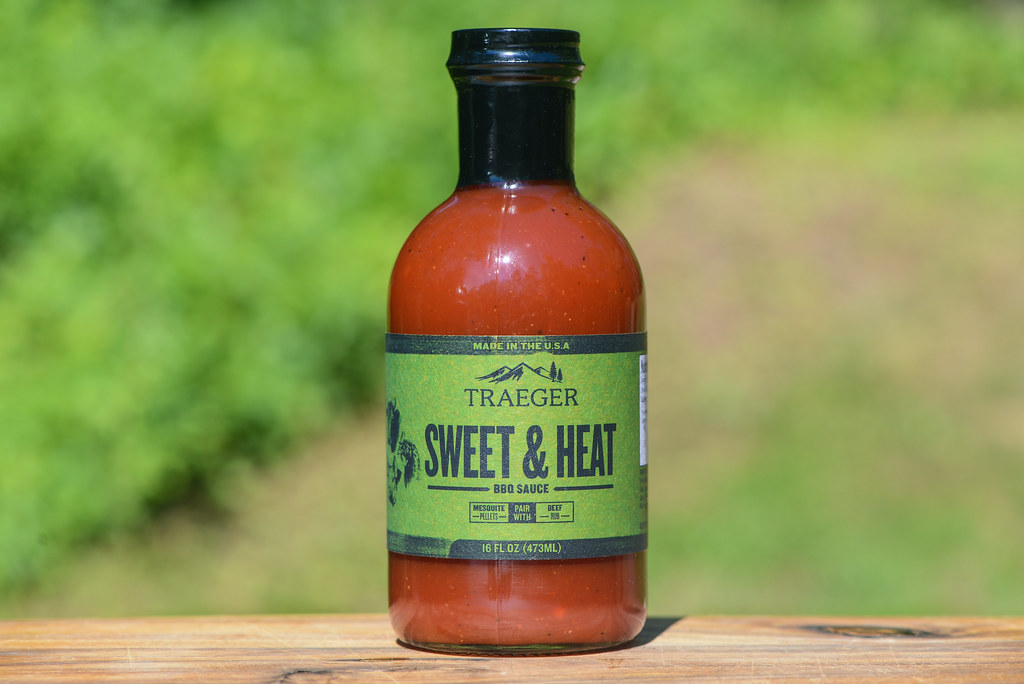 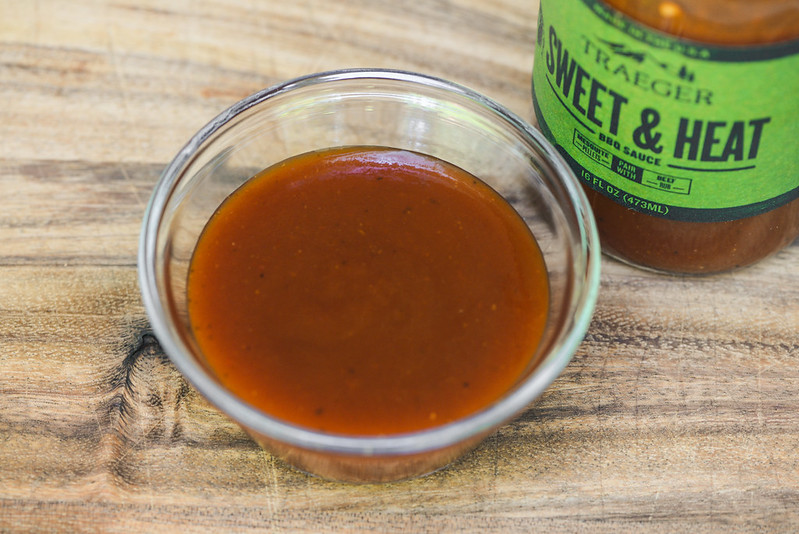 Necessity is the mother of invention, and that's exactly how Traeger got its start. During the oil crisis in the 1970's, a need developed for other dependable and low cost heat sources, and wood pellets—formed from compressed sawdust—was one such alternative to emerge. The family of Joe Traeger, who was the founder of Traeger Grills, was in the heating business and began experimenting with pellets as a heat source for furnaces in the early 1980's. Joe saw another viable option for wood pellets in grills and created his first one in 1985, patented the design in 1986, and brought Traeger Grills to market in 1988. The Treager patent expired in 2006, opening up new competition in the pellet grill market, and Joe sold the company a year later, but Treager has always remained a synonymous name with pellet grills. The brand has started what you could consider a renaissance after being acquired by a new group, led by Jeremy Andrus, who are expanding Traeger's reach and product line, which includes items like this barbecue sauce.

A smoky and fruity molasses aroma is the initial smell that fills the nose with this sauce. Upon some additional whiffs, first a medium vinegar tang and peppery component come out, followed by Worcestershire and mustard, which add a lot of complexity. There's notes of onion and garlic in there as well. While there's definitely a heat to this sauce, the aroma is overall more sweet than spicy.

This maroon sauce has a glossy sheen and mostly smooth texture. It's semi-opaque and easy to see lots of spices that come in mainly small white and black specs, by also a few larger white pieces too. Its thickness sits right in the middle of the scale and it has a syrupy consistency that has the sauce falling in a quick and steady pour off of a suspended spoon after an initial large drip releases. As the sauce slows, three to four slow drips fall before the sauce ceases and leaves a thin coating left clinging to the silverware.

The first taste is all sweetness, and it stays that way for several seconds before other flavors begin to work their way in. Tomato is the next element to come forward and creates a ketchup-like taste which quickly gains tang from vinegar. Then a whole lot of layers arrive in a complex, yet balanced, fashion including Worcestershire, molasses, onion, garlic, and mustard. This is when the sauce really begins tasting like barbecue, and then a medium heat and mild smokiness hit to add two new dimensions that become dominant by the end. The sugar never fully retreats though, leaving a sweet and spicy aftertaste with a still prominent tang and smokiness mixed in. 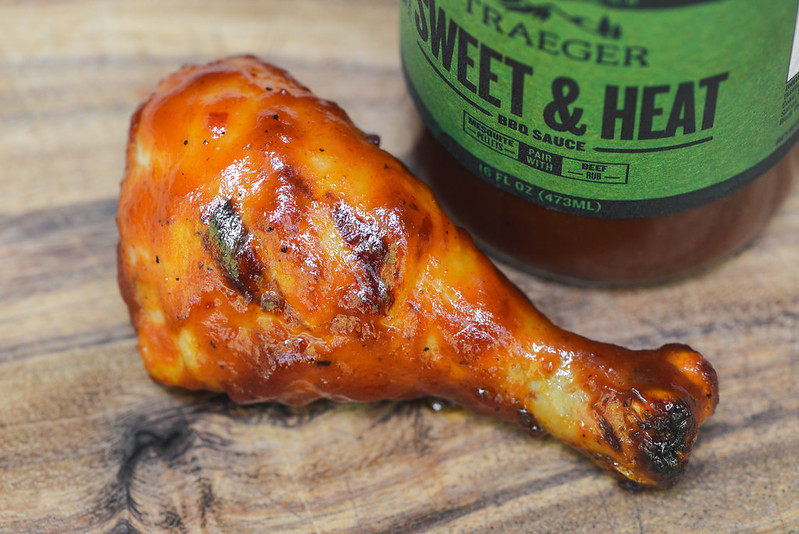 This sauce coated the chicken in a thin and even layer that baked down well over indirect heat. When moved to right over the coals, there was good caramelization with no burning and just a slight burn off. The flavor retained most of its complex and well balanced profile from out of the jar. It had a great deep barbecue taste that was upfront, but not overpowering, letting the natural flavor of the chicken still come through. While the sugar was a bit more prominent after being cooked, after multiple bites, enough heat built up to impart a faint tingle on the lips.

I'm a sucker for an all-purpose barbecue sauce that's complex, well balanced, and not overly bold, and Traeger's Sweet & Heat hits all off those points in style. The flavor overall is clean and bright, striking a great play between sugar, spice, fruit, and tang with a lot of underlaying layers playing supporting roles that allows you to get something different out of each bite. It also tasted great both on and off the grill, and I think this pretty perfect mix of all the ideal traits you want from a standard barbecue sauce is one of the hardest feats to pull off, so you have to have a lot of respect for those who do it well, and this sauc certainly falls in that elite category.