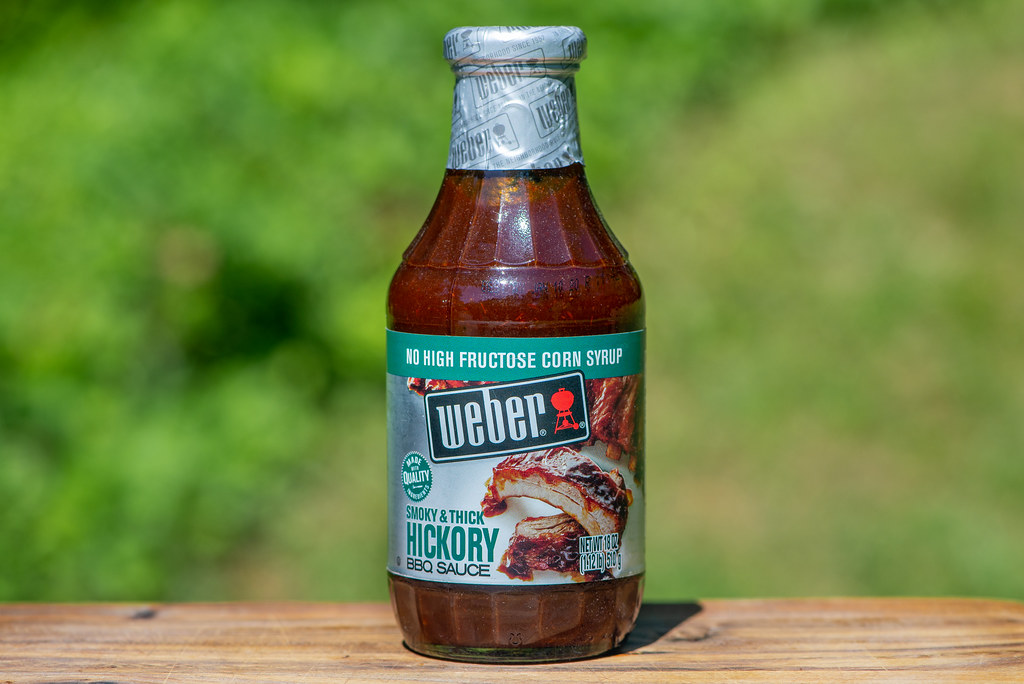 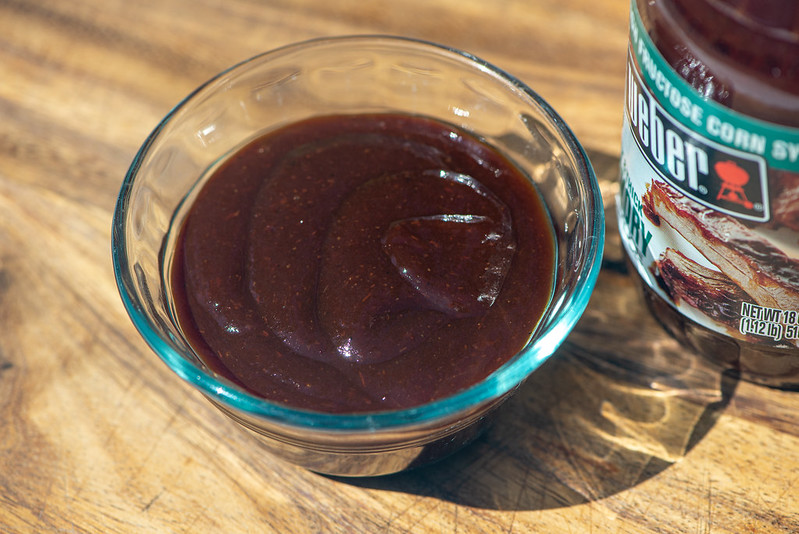 I'll make a safe bet that you know of the Weber brand already, and it might even be synonymous to grilling for you, but what you may not know is this prolific grill manufacturer got its start as an ironworks company well over 100 years ago in 1893. It wasn't until 1952 that George Stephen Sr., a buoy manufacture at Weber, built their first kettle grill, and it proved so popular that he eventually bought out the Weber company and changed its focused to making grills alone. Today Weber is probably the most recognizable brand in grill game with a full range of both charcoal and gas powered products. They also sell their own food products under a sister company, Weber Seasonings, which currently boasts five sauce, four rubs, and a whole host of other seasonings and marinades.

A "bold" barbecue aroma fills the nose with the fist whiff of this sauce that has a strong acidic tomato, deep molasses, and heavy smokiness. These three primary components define the profile, but there are notes of onion and garlic to be had, although little to no peppery heat.

This deep maroon sauce has a slight texture to it and a semi-glossy sheen. Although it has a dark hue and is opaque, you can still see a lot of spices in there that come in white and red small and medium specs. The sauce has a thick, syrupy consistency that has it falling off of a suspended spoon first in one large drip, then a few smaller and slower drips and ceasing, leaving a medium-thick coating of sauce left clinging to the silverware.

The initial flavor of this sauce is all sweet, but that first strong sugary wave quickly gets molasses underpinnings to give it depth. Next, the tomato base adds a fruitiness to the party, but at the same time, vinegar renders the sauce pretty acidic, providing a balance to the sugar. As the sauce settles of the tongue, light tastes of onion and garlic come out along with a hefty smokiness. Then an earthy pepper works its way in and becomes pretty spicy as the sweetness fades and acidity ramps up, leaving a final spicy, tangy, and smoky aftertaste. 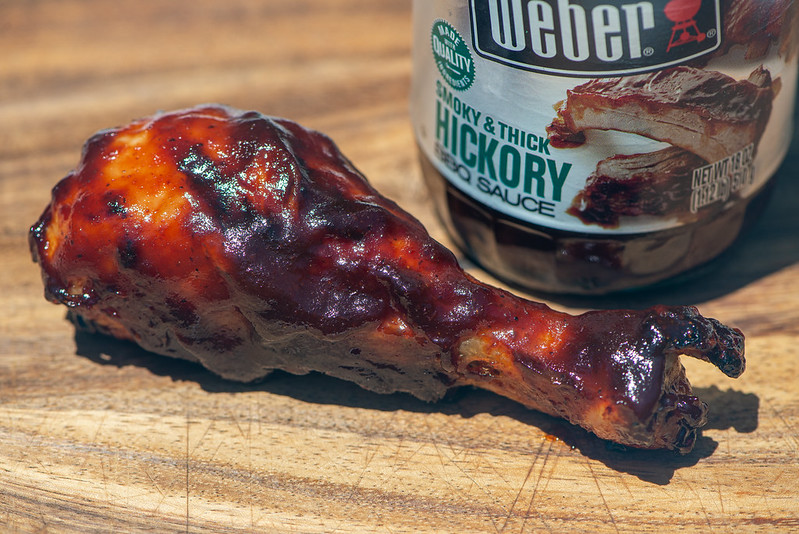 This sauce coated the chicken in a medium, uneven layer that baked down well over indirect heat, but suffered a little sauce loss as well. Even more sauce burned off when the leg was moved directly over the coals, but what remained caramelized lightly, creating attractive grill marks. The flavor remained very robust after cooking, but it wasn't so heavy handed that it masked the taste of the meat altogether. It checked a lot of standard barbecue boxes off nicely—sweet, tangy, smoky, fruity, and spicy. With a the sugar having a little more staying power after being cooked, the overall profile tasted more balanced from one sticky bite to the next.

Weber's press folks were kind enough to send me a care package of sauces and seasonings to try out. I feel like it would seem intuitive that companies who know grilling very well can easily expand out into sauces and such with ease, but I've found that's not always the case and too often it might have just been better for brands to stay in their lane. I'm happy to say Weber doesn't fall into that category. This isn't a sauce that's going get attention for its uniqueness, but it does taste like what you would expect a barbecue sauce to taste like, which makes sense from a company that makes grills exactly how you think those should be. The sauce has a familiar robust profile that goes through the motions of each anticipated layer in a way that's well executed and tastes of higher quality than your standard standard supermarket staples. It's meant to do what you think barbecue sauce should, which makes it also pretty all-purpose for use on a wide range of meats and more both on and off the grill. Its heaviness though does make it more apt to play nicer with stronger flavored foods though like steak, burgers, and ribs.