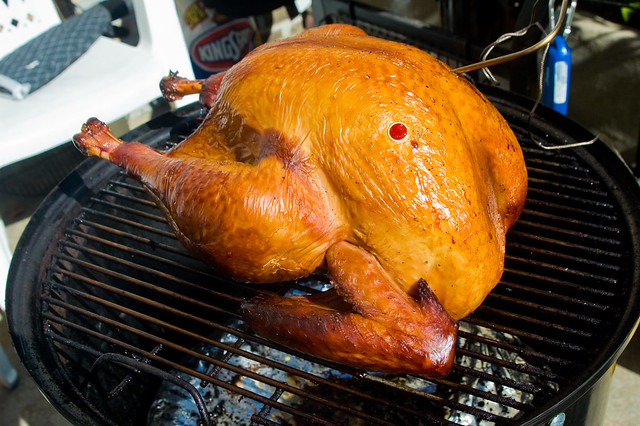 I always found the choice of turkey as a holiday centerpiece just a tad bit off. Sure it's big and impressive, but it's also all to often dry and flavorless. Why not a nice sweet ham or mouthwatering side of roast beef instead—something that better captures the richness of utter indulgence that makes the holiday season so sinfully superb. I just didn't get it at all, that was, until I discovered the ultimate joy of turkey, created when bird is brined introduced to smoke resulting in masterpiece for the eyes and the belly. 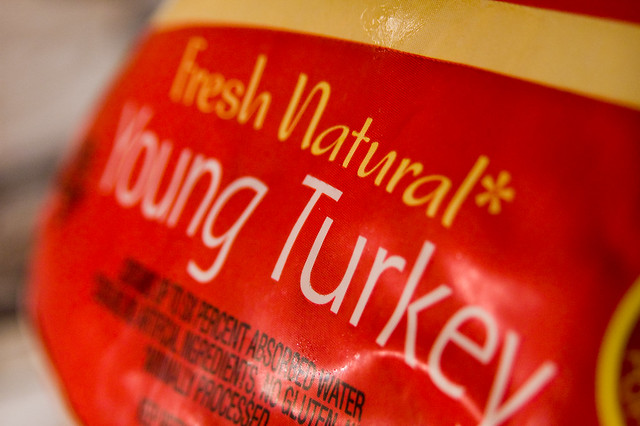 To understand how to elevate turkey to great new heights, first it must be broken down. On the note of turkey as flavorless, the bird should be approached as a blank slate, and will only be as good as the flavors introduced to it. Starting with this idea, the best canvas to begin with is a "natural" bird—one that has not be processed with salt or other additives, having the most neutral and natural base to build upon. 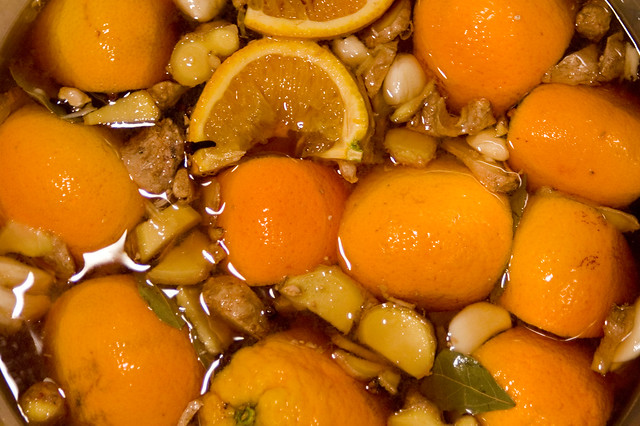 With the right bird in hand, now how to add flavor. Luckily, the first step in the taste department is also the exact solution to the dryness issue as well—a brine. Brining a bird not only ensures extra moisture to allow the meat to survive its rough stint against heat, but also imparts the flavor of the brine unto the meat. The Virtual Weber Bullet was my bible after getting a smoker, and their recipe for an apple brine quickly became my favorite. It incorporates a lot of great seasonal tastes, from apples to cloves, all which make it into the final bird, even if it's faint. 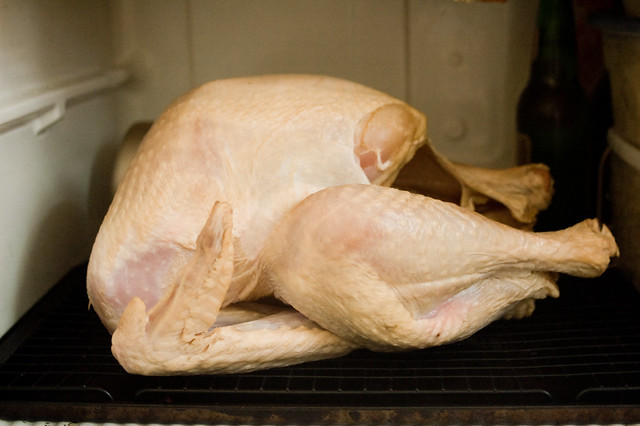 Before setting my sights on turkey, I had worked on perfecting roast chicken, and I found giving it time to air dry after the brine was a crucial step. This produced a more crisp and brown skin, so I saw no reason not to bring my previous learnings to a larger beast, and have taken up the practice of always letting turkeys get a good overnight stay in the fridge on a wire rack placed in a sheet pan. 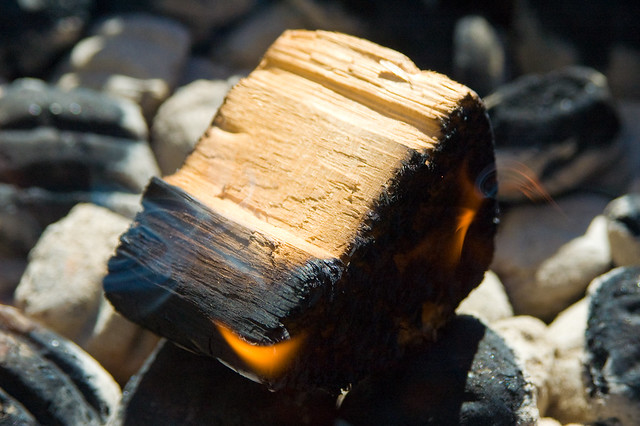 If you follow all this steps up to now and toss your bird into the oven, you'll get something pretty fantastic, but I was not able to reach true turkey nirvana until I introduced it to smoke. Sticking with an apple theme, I chose to use apple wood as my smoke of choice, but any light smoking wood should do. Go easy on the smoke here though, as the blank slate of the turkey also means it quickly picks up other flavors, and too much smoke is decidedly off-putting, while just 2 or 3 small chunks imparts a nice sweet kiss. 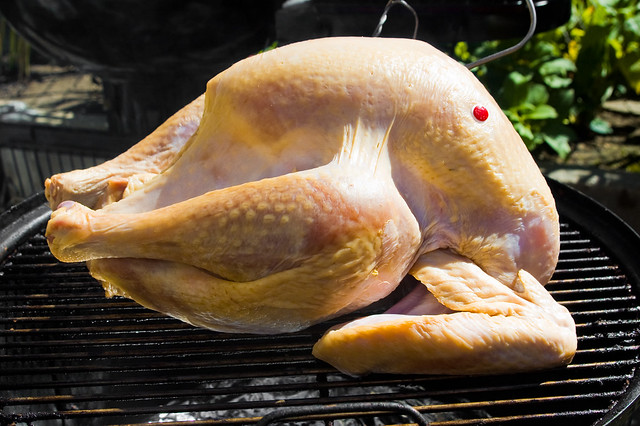 I know traditional barbecue calls for low-and-slow, but after some experimenting, I've come to prefer a turkey smoked at a higher heat, around 350 degrees as opposed to the 225 norm. The reasoning is two fold, first the longer the cook, the more time the smoke has time to impart on the food and for the turkey, this mader the bird verge on the edge of being overly smoky. Secondly, I found the skin to have much more pleasing, robust color with the hotter, shorter cook over the low-and-slow. 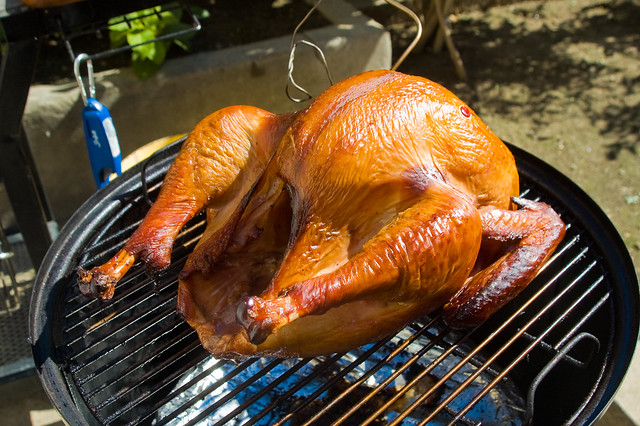 When the breast meat hits 165 degrees, about 2 1/2 hours, this is what emerges—a beautifully browned turkey that I consider to be picture perfect, but looks can be deceiving. I always want that gorgeous skin at first site, but unfortunately the smoke leaves it somewhat though and leathery. While I know people willing to exert the extra effort to eat it, the true marvel lays just underneath. 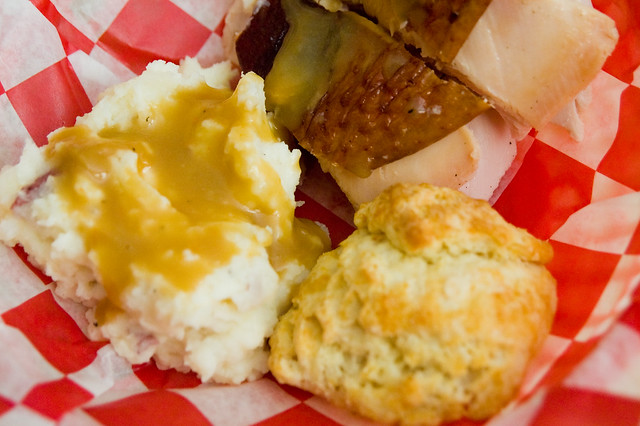 The meat of this turkey is like of none other. The combination of the brine and some sweet smoke to make ever bite a journey deep into flavor country—moisture oozes hints of apple, orange, and clove with a distinct smokiness that heightens it all. Yes, this is what a turkey can and should be, a specialty worthy of a holiday designation, although when it's this good, everyday starts looking like a holiday as excuse to eat more.

Adapted from The Virtual Weber Bullet

1. Combine the apple juice, brown sugar, and salt in a large saucepan. Bring to a boil over high heat, stirring to dissolve. Boil for one minute, remove from heat, let mixture come to room temperature, then refrigerate to 40 degrees.

2. In a large non-reactive container, combine the apple juice mixture with the remaining brine ingredients. When adding the oranges, squeeze each piece to release the juice into the container, then drop in the peel. Set the turkey in the brine, breast side down, placing a weight on top to keep the turkey submerged if necessary. Place in the refrigerator and let brine for 24 hours.

3. Remove the turkey from the brine and pat dry with paper towels. Place turkey on a rack over a rimmed baking sheet and allow to air-dry overnight in the refrigerator.

4. Remove the turkey from the refrigerator, fold the wings under the body and tie the legs together. Allow the turkey to come to room temperature while you prepare the smoker.

5. Fire up your smoker to 350 degrees. Add the chunks of apple wood and when the wood is burning and producing smoke, place the turkey in the smoker. Smoke until an instant read thermometer reads 165 degrees in the thickest part of the breast, about 2 to 3 hours.

6. Remove the turkey from the smoker and allow to rest, uncovered, for 20 to 30 minutes. Carve and serve.