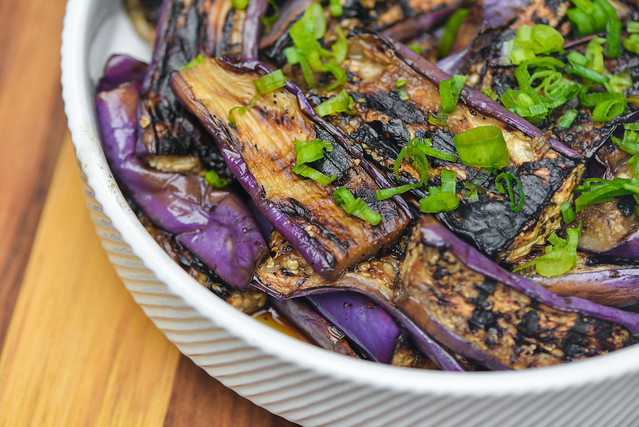 In our earlier days of living in New York, if the wife and I wanted to grab Filipino food out, our options were pretty much limited to a one-block strip in Woodside, Queens. While we had no problem taking the trek to get there, our friends never really seemed down to join, so it was exciting one day when a close friend requested we take her out for Filipino food. Once we got there, we quickly realized that her meatless diet rendered just about everything on the menu off limits and, if I remember correctly, her meal consisted of some grilled veggies and rice. We thought for sure she'd be able to get something like adobo eggplant, which provides a good taste of Filipino flavors with its soy and vinegar-based sauce, but even this dish at that particular restaurant contained pork. So when I decided to throw a Filipino-themed Meatwave last summer to introduce my North Carolina friends to this cuisine, adobo eggplant was a must, and making it at home meant I can do it completely meatless so everyone could enjoy it. 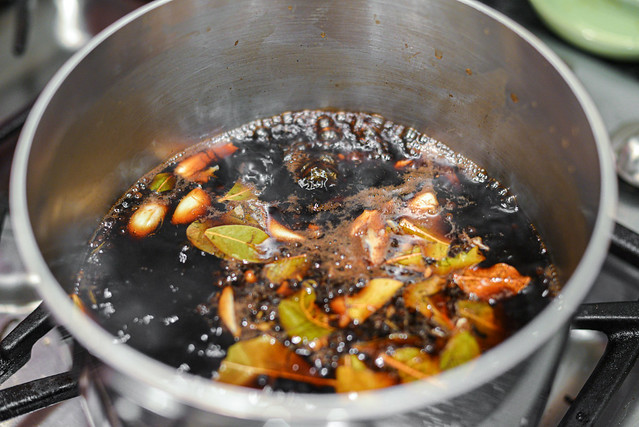 If you're not well versed in Filipino adobo yet, it basically breaks down to meat braised in a vinegar and soy sauce mixture that's seasoned with garlic, bay leaves, and black peppercorns. While the meat braises, all of those flavor meld and the sauce also thickens up a bit, but this recipe presented a challenge in that I wasn't actually going to be using the adobo sauce as a braise, but rather as a finishing sauce. So to get that depth of flavor and right consistency, I simmered all of the adobo ingredients together for about ten minutes before straining out the solids. 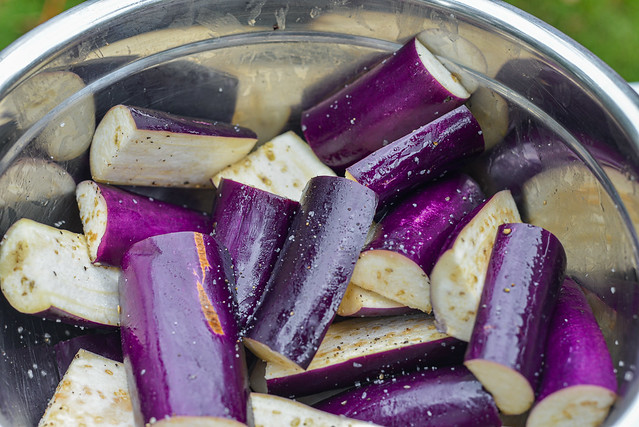 Chinese eggplant is the variety of choice for this recipe, and since the adobo sauce was going to do all the heavy lifting in the flavor department, prior to grilling, the prep was minimal—I just halved each eggplant lengthwise and then cut them into roughly 3-inch portions. Next I placed all the eggplant pieces in a large bowl and coated them with oil and seasoned them lightly with salt and pepper. 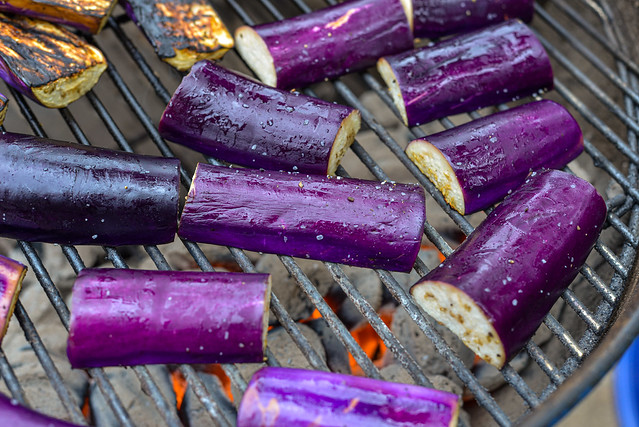 The grill is an eggplant's best friend. Many eggplant recipes you'll see include a step of salting and resting the eggplant in order to draw out moisture prior to cooking. In my testing though, the high heat of the grill renders this step useless as the scorching fire extracts the moisture much quicker and more effectively than indoor methods can, so there's no need to remove moisture prior to cooking. 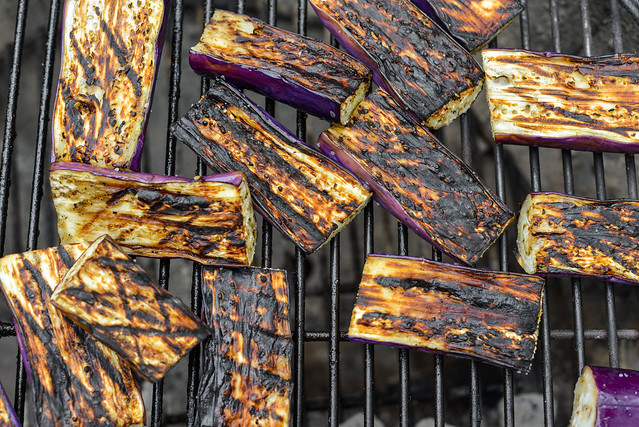 I grilled these eggplant pieces cut side down until they were well browned. At that point, they were beginning to soften, but were not totally tender yet. So I flipped them over and continued to cook until they were pleasantly soft throughout, but not turned to mush yet. 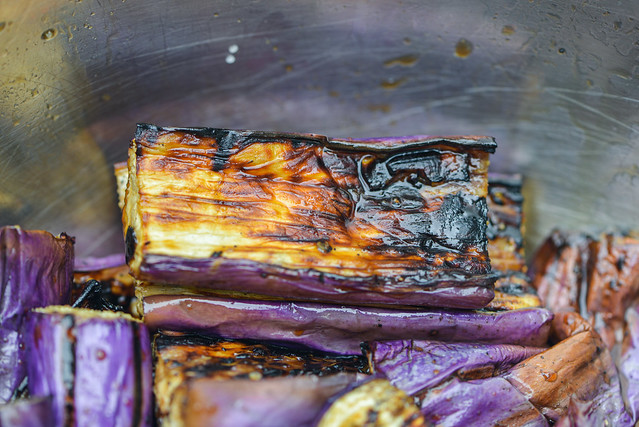 Once done, I transferred the eggplant pieces back to the large bowl, poured in the adobo sauce, and tossed to coat. Like a sponge, the eggplant quickly absorbed the liquid, becoming completely saturated in it. 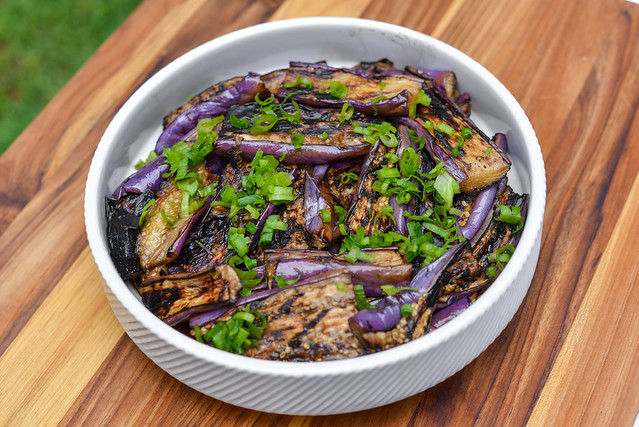 This left the eggplant with an immense tangy and savory flavor, which is exactly what I wanted everyone at this cookout to be able to experience, whether they were meat eaters or not. Beyond the salty tartness that defined the eggplant, the strong bite of garlic was also present while the pepper and bay leaves were pretty subdued. Things have changed a lot for Filipino food, at least in New York, since those early days with restaurants that are more accessible both in location and can handle all kinds of dietary considerations. Here in North Carolina though, if I want my friends to continue to discover and enjoy this great cuisine, it'll be on me to keep cooking up offerings and also getting creative with them in order to ensure all my friends, meat eaters and vegetarians alike, get their fair taste.