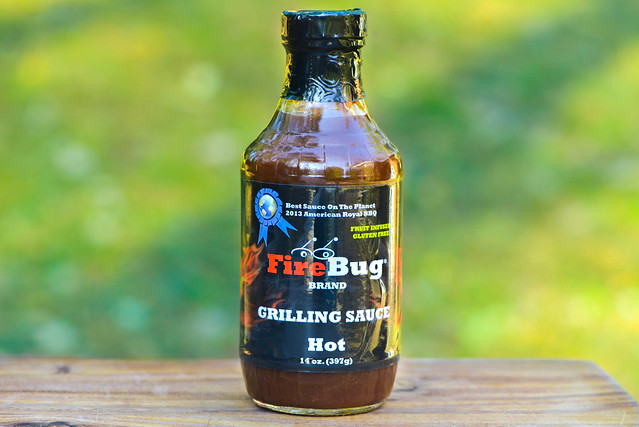 A myriad of peppers certainly delivers the heat in this sauce, but you also can taste all of their earthy, fruity, and smoky nuances to make this a hot barbecue sauce that stands out from the rest. 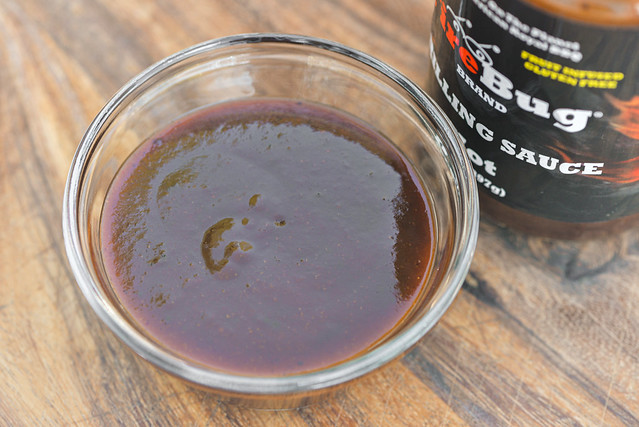 Shannon Kimball is the man behind this sauce that is adorned with his nickname, Firebug, which was given to him by his family because he loved to tend to the fire when cooking during his time growing up in Emporia, Kansas. Kimball began crafting his barbecue sauce recipe in 2007, taking two years to finalize it, at which time he began entering it into contents and right off the bat it was awarded third place at the American Royal. His sauce has gone on to win many accolades and Kimball's love for cooking has also led him to teach many classes on various types of cooking techniques as well as start his own food incubator and store, Flavor Trade, in Kansas City.

A tangy tomato aroma fills the nose on first whiff of this sauce. There's a mild sweetness that keeps the vinegar in check, but the profile is primarily acidic. With some subsequent nosefuls, a layered and heavy peppery smell comes forward with notes of fruitiness and earthiness as well as a definite heat. The standard onion and garlic also smell like they're at work here, along with a background hint of molasses, which furthers the sauce's barbecue foundations.

This reddish-brown sauce has a glossy sheen and very slight texture to an otherwise smooth consistency. While the sauce is dark and opaque, in the bright sunlight you're able to see a ton of spices in both small and medium specs that are black, white, and red. The sauce is medium thick and lightly syrupy, which has it falling in large drip at first followed by a quick and steady stream. As the sauce slows, it releases in four to five slow drips before ceasing and leaving a medium-thin coating left clinging to the silverware.

An acidic tomato start gains a fleeting sweetness as the sauce begins to settle on the tongue. There's a very slight molasses taste to the sugar, which quickly dissipates as the vinegar overtakes it and the peppers start to take hold. During this time, there's some enhanced fruitiness and mellow garlicky flavor that meld with an earthy and slightly smoky peppery taste. It doesn't take long for those peppers to release their heat, and from that point on this sauce changes to a hot sauce-like taste with a strong burn and heavy tang. 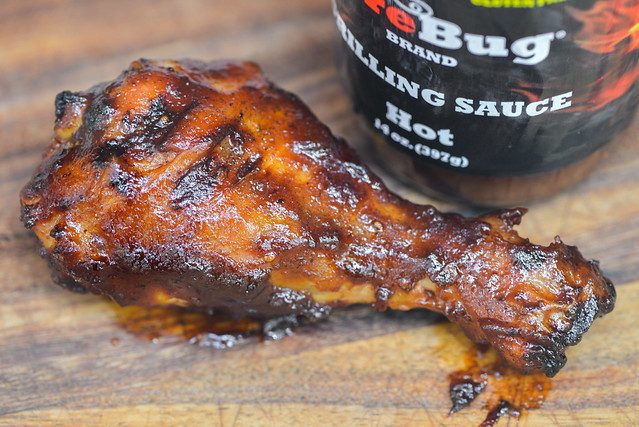 This sauce coated the chicken in a medium, a little uneven layer that baked down well over indirect heat, When moved directly over the coals, there was a lot of sauce loss and only light caramelization. The first few bites of the leg brought with it a mainly tomato paste-like flavor with an enhanced acidity compared to out of the jar. After those initial nibbles, the peppers made their presence known with a lip tingling heat that had lost some of its fruity and earthy nuances. Hitting those caramelized bits were key in rounding out the flavor since they held all the sweetness to provide a little relief and contrasy to the otherwise all spicy and tangy profile.

I love when a spicy sauce does more than just up the cayenne to enhance its heat, and this sauce definitely takes its peppers seriously. On top of the acidic tomato profile, multiple layers of peppers utilize guajillo, arbol, habanero, and cayenne chiles to deliver the mouth tingling spice you'd expect from a hot sauce, but do so with nuances that really make it stand out ahead of other sauces. Unfortunately, all the details in those layers became a little lost after being cooked, although the sauce still delivered on a nice spicy flavor. While the bottle is labeled as a "grilling sauce," and it did grill well, you're going to get the most bang for your buck using it in its raw state. The most perfect application I can think of for this sauce would be to slather it on some wings near the end of cooking, then apply another coat of sauce off the grill, which would deliver all of the best cooked and non-cooked traits, unleashing the sauce's full potential.