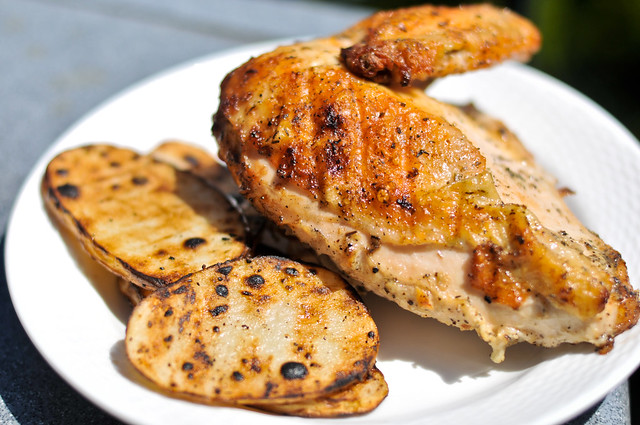 There's been a lot of talk of New York barbecue coming into its own in the past year. While there are some inventive smoked meats being produced out there that may start to define New York as a style, this mostly means local pitmasters have finally reached a level that's close to, or on par with, some of the greatest barbecue from prime regions across the country. While emulation has made me an incredibly happy eater recently—Hugh Mangum's brisket and pork at Mighty Quinn's is insane—there's neglect that New York as a state has a bit of rich barbecue and grilling history of its own. Sure it's not of the same ilk as the meat counters that dot the hill country in Texas or the whole hogs doused in vinegar in North Carolina, but there are tasty traditions right in my backyard that are worthy of praise, like the tangy and juicy Cornell chicken. 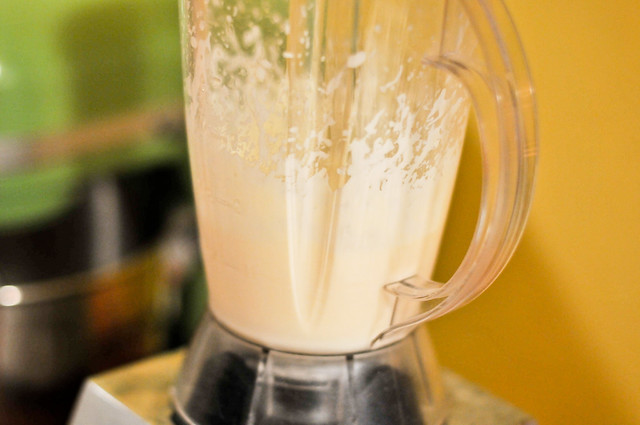 Cornell chicken was born in the 1940s when a request was made by the governor of Pennsylvanian to food scientist and Cornell professor Dr. Bob Baker to develop a new chicken recipe. What Dr. Baker came up with was then brought to his home state of New York, where it has been used as a means to cook a lot of chicken quickly at Baker's Chicken Coop at the New York State Fair for over half a century.

So what makes a Cornell Chicken? It's all in the sauce, which starts with an emulsion of eggs and oil, followed by the additions of vinegar, poultry seasoning, salt, and, pepper. 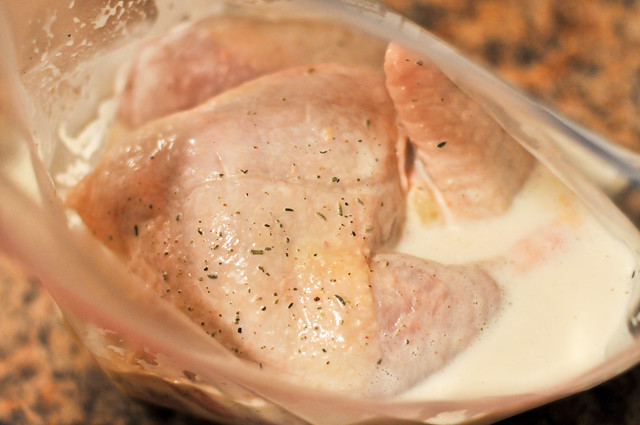 This is somewhat akin to a Northern Alabama white sauce, but it's a bit thinner and the poultry seasoning gives it an herbal flavor not found in its Southern cousin. Unlike an Alabama white sauce chicken—which is only dunked in the sauce after being smoked—Cornell chicken is first marinated in this tangy and creamy sauce for at least three hours, up to overnight. 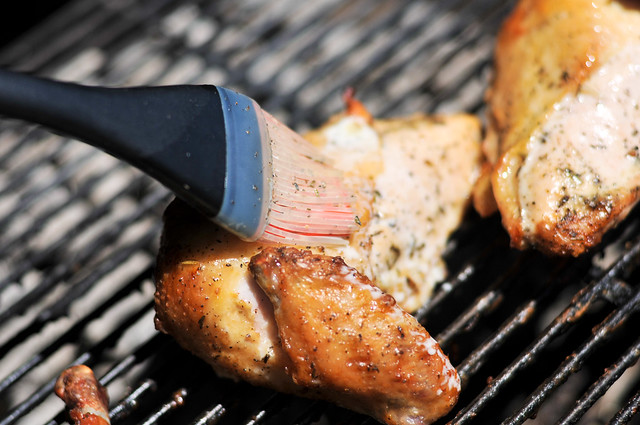 The soaked chicken is then cooked in a two-step, two-zone method that starts it skin side up over indirect heat. As the chicken cooks, the white sauce is used as a baste every 10 minutes, which embeds the bird with even more of its flavor. 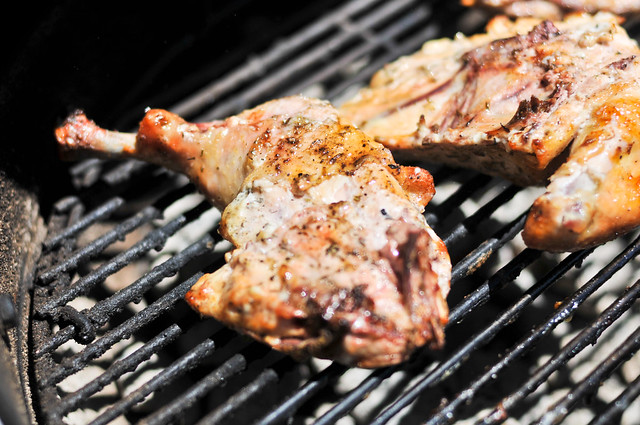 Once the bird hits the 155 degree mark, the skin is crisped over direct heat. With the grill heat lowered to around medium due to the prior 30-45 minute indirect cook, the skin browns and develops a nice crackle rather slowly, taking about 5 minutes. 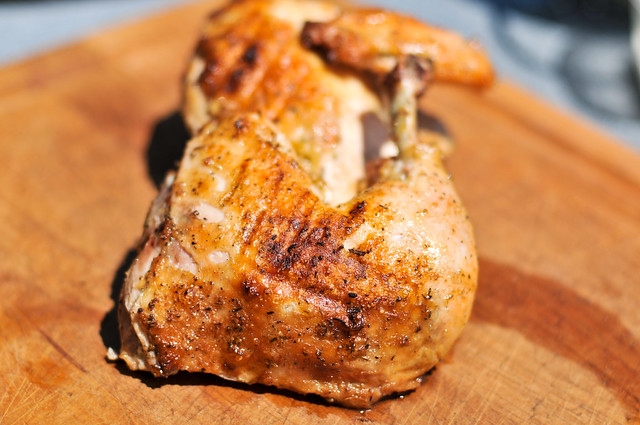 A quick rest and the bird is ready to go. The combo of the marinade and baste in the white sauce gives the meat a little tanginess, but mostly just makes it incredibly moist and delicious. The real story here though is the skin, which has a bright flavor and nice crunch that's really killer. I'm sure my Southern brethren are reading this and can't help but think that this isn't barbecue and it can't hold a candle to the ribs, shoulder, and sausage that defines the genre, but seriously give this chicken a try and tell me New York doesn't know a thing or two about grilling and barbecue.

A tangy white sauce used as a marinade and baste almost ensures this regional chicken specialty of Cornell comes out juicy and flavorful every time.