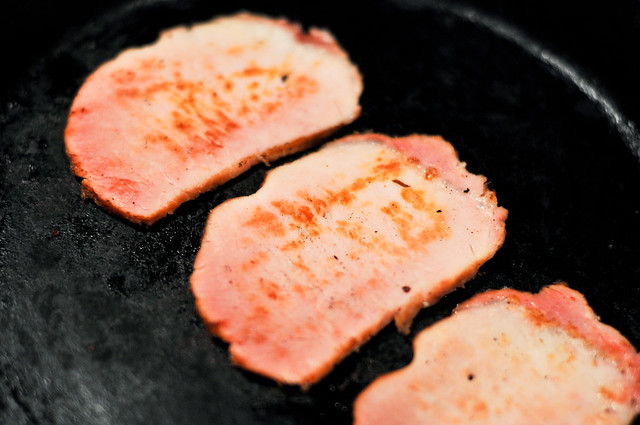 The dormancy of winter lends itself nicely to curing explorations—the multiday process seems easy to handle when your not really doing anything anyway, plus the resulting hunks of meat are comforting in the cold weather. Bacon has always been on the top of my to-do list, but the work needed to transform my Weber Smokey Mountain into a cold smoker to make it always seems a more than I want to undertake when I'm in full-on lazy winter mode. So instead, I decided to try out a type of hot smoked bacon—Canadian bacon. 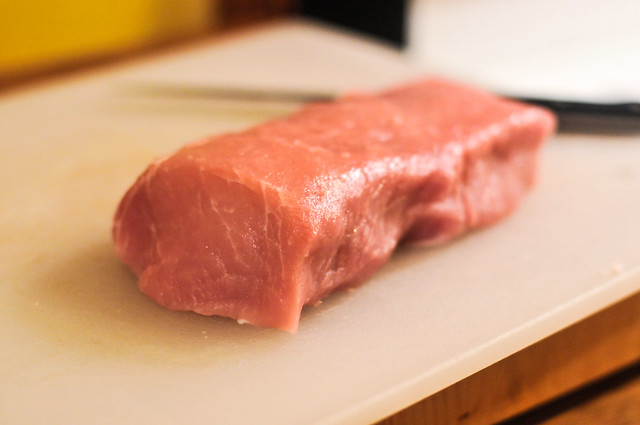 When making the decision to tackle Canadian bacon, little did I know what a game of semantics I was getting into. All I wanted was my own version of what's most commonly found sandwiched between an English muffin and poached egg. Turns out what we take for granted as Canadian bacon in the U.S. isn't so straightforward when we look up north.

What's "Canadian bacon" to Americans is most likely called back bacon elsewhere. This is made from boneless pork loin, which, compounding confusion, can be found fresh or cured and smoked or not-smoked depending on where you are. Add on top of that, in Canada, they're most likely to call peameal bacon—cured pork loin rolled in cornmeal, then sliced and cooked—their own. No matter the nomenclature, I knew what I wanted, and what I call Canadian bacon starts with a lean pork loin and a wet-cure. 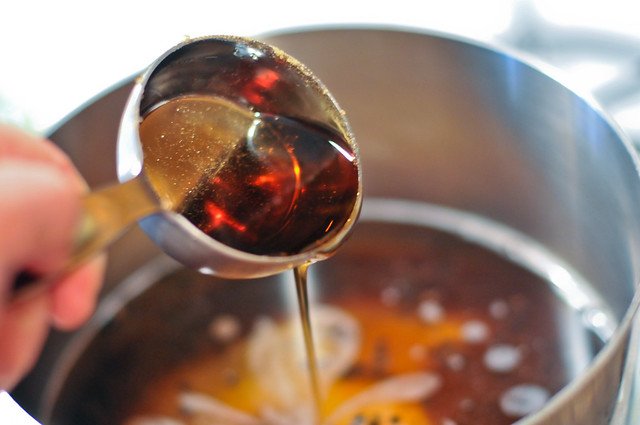 Instead of going for a straight water and salt cure, I thought it would be apt to introduce some flavor, mainly in a product that also makes me think of Canada—maple syrup. Syrup and salt (pink curing and kosher) were the main ingredients of the cure, but I also added brown sugar, bay leaves, garlic, and black peppercorns to add a little extra something. 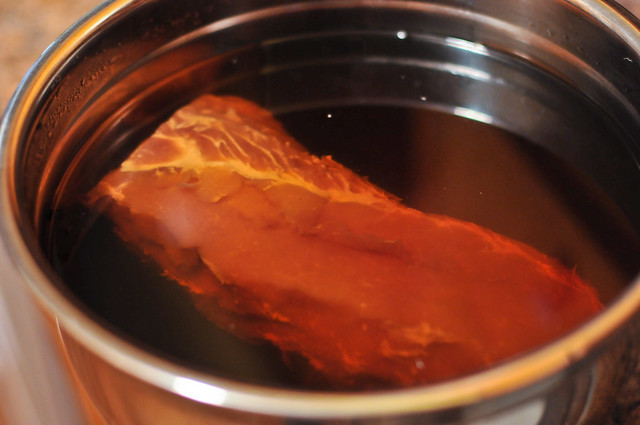 The pork loin was then submerged in the cure, covered, and let sit in the fridge for four days. During the summertime, when immediacy is what I seek, this wait would have killed me, but instead, my lazy-winter-self even scoffed at having to do the work of lighting up a fire to finish the process. 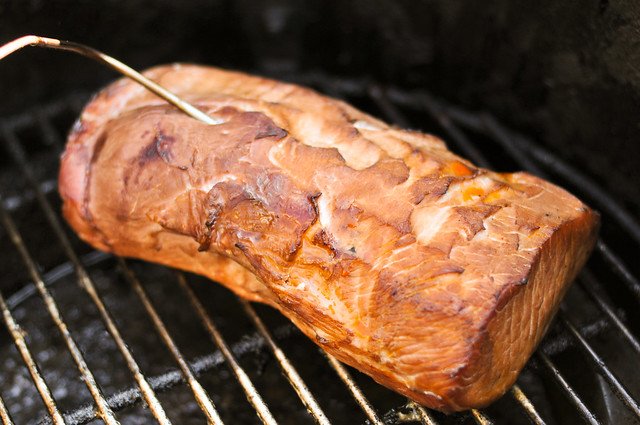 But alas, grilling and barbecue always wins me over, and the pork loin went into the smoker and cooked at 225 degrees until the center of the meat reached 140 degrees. It's important to undercook a little here, since you want to retain moisture in the meat so it doesn't try out once it's slice and pan fried. If you're not planning on pan frying though, it's fine to bring the meat up to full temp, between 160-165 degrees. 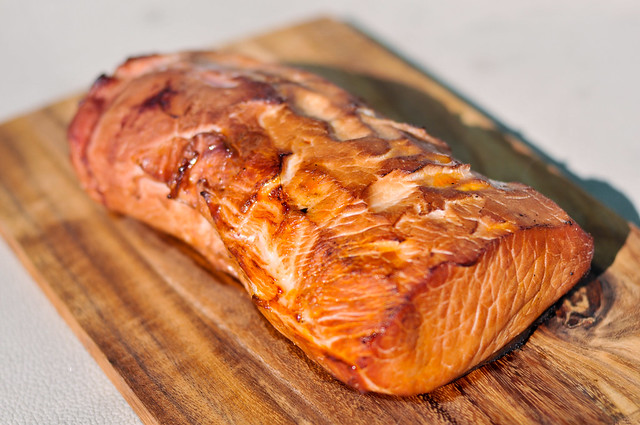 The pork emerges from the smoker like this. Admittedly, without a bark or nice sear, it wasn't incredibly appetizing, but that's of little consequence, because it's not really meant to seen and eaten as a whole piece of meat. Instead, I refrigerated the loin until it was completely cool and firm, and then cut the pork into the thin slices that make Canadian bacon ready for quick pan frying at breakfast. 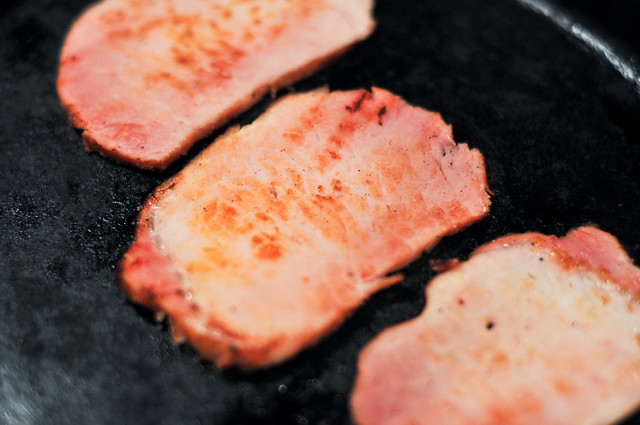 The end product was quite satisfying—the bacon had a great sweet and salty mixture that was more pronounced and complex than what you get off the shelf, and when cooked right, the meat was pleasantly moist as well. Although happy with this particular bacon, I'm still left a bit unfulfilled knowing the universe of bacon choices that are still left to be explored. Now I just need to break free from my winter do-nothing funk and make more bacon!

A lean pork loin is soaked in a sweet maple cure then smoked, sliced, and pan fried. The end result is a Canadian bacon with a great sweet and salty mixture that is more pronounced and complex than what you get off the shelf.