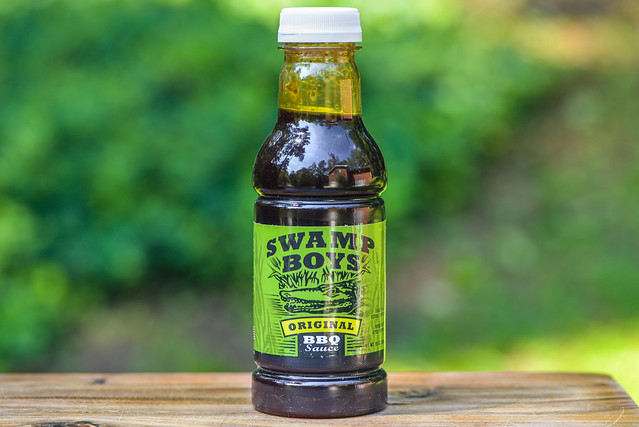 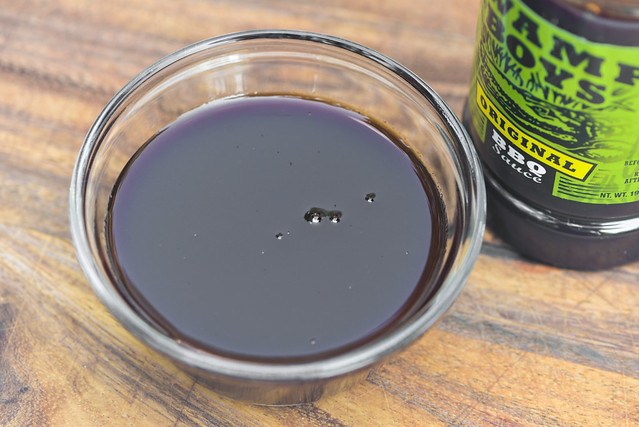 Swamp Boys are a barbecue competition team hailing from Winter Haven, FL where four out of the five members are longtime friends and special education teachers working together at the same school. They got into the competition game in 2004 and by 2006, had already become a top 5 team in the Florida BBQ Association and then went on to be team of the year three times by 2017. They also compete outside of their home state and were named the number one national team by the National BBQ Rankings in 2009, and then again in 2013. With so much barbecue experience under their belt, they've expanded beyond competition with jobs like restaurant consulting, teaching barbecue classes, and being featured on the show of BBQ Pitmasters. Like so many teams, they also sell their creations, of which they have currently have two sauces and one rub.

A strong and distinct molasses and vinegar combo fills the nose on the first whiff of this sauce. There's a heavy sweetness to the aroma, but enough vinegar tartness to let you know you won't be tasting all sugar. The base has that familiar tomato ketchup smell, while there are some of the common barbecue nuances at play as well like garlic and earthy pepper, hinting at a little heat.

This dark maroon sauce is super smooth and very glossy. It's pretty opaque, but you can still see a lot of small spice specs peppered throughout in mainly red and black. The sauce has a medium-thin thickness and syrupy consistency, which equates to it falling from a suspended spoon in a fast and even pour. Once most of the sauce has left the spoon, the stream changes to fast drips, followed by just a few slower ones, then ceases and leaves a thin coating of sauce left clinging to the silverware.

There's a sweet tomato start to the sauce that quickly gains depth from molasses, halting the purely ketchup-like flavor. It doesn't take long for vinegar to join the party and provide a foil to the sugar, creating a standard barbecue sauce profile. As the sauce settles on the tongue, the garlic and pepper that were noticeable in the aroma add background notes and overall complexity. Then in the aftertaste, just a little bit of heat comes into play, with the sugars, tomato, and vinegar persisting, leaving a full flavored and well balanced barbecue sauce taste lingering. 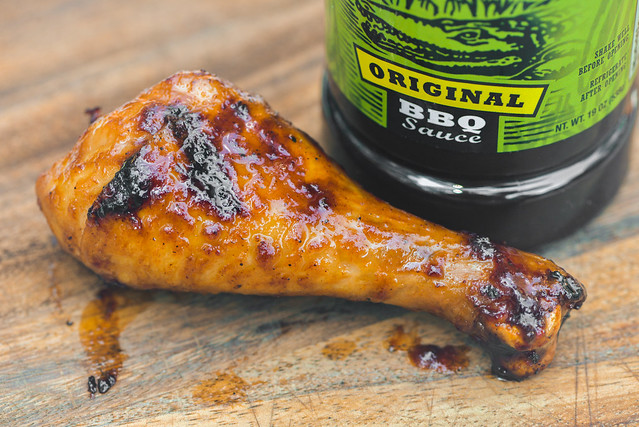 This sauce coated the chicken in a thin and even layer that baked down well over indirect heat. When moved over the fire, there was nice caramelization with no burning or sauce loss. The overall flavor was light, but still full bodied. The interplay between tomato, sugar, vinegar, and spices that was tasted out of the jar continued to be on full display after being cooked. The sweetness was a little more upfront on the chicken, but after a few bites, the contrasting vinegar made itself known to continue to deliver that balanced flavor.

It's usual pretty easy to spot a competition sauce, and Swamp Boys certainly falls into that category. Sauces in this genre are usually meant to deliver the beautiful glossy coating, attractive color, and a sweet profile that wins contents. These are all things that describe this sauce, but there's also a great tang and spice in there to create a really exemplary barbecue flavor. Competition sauces also don't really push boundaries—you're cooking for the common palate, not any outliers—and that's also true here and keeps this sauce in the "Pretty Damn Good" territory for me. It is a great tasting sauce and it gave my chicken a fantastic barbecue flavor, but treads familiar ground that may not make it my first choice for backyard barbecue, but definitely a worthy bottle for competition. That little extra focus on sweetness also makes it work better on lighter tasting meats like pork, poultry, and fish, while it may be a little subdued on heavier items like burgers or brisket.