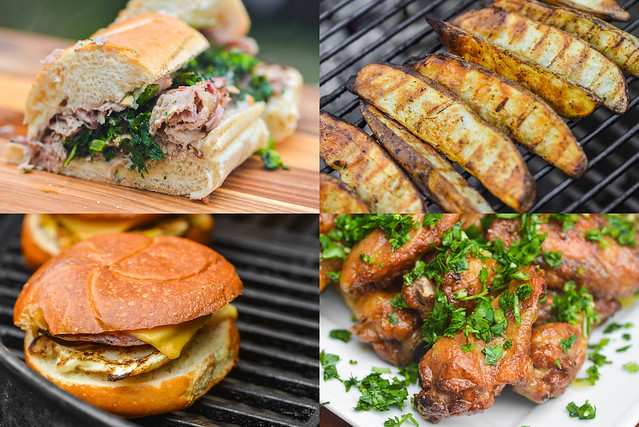 I seriously think this Meatwave season has been cursed. In no other year have I had to cancel or postpone more Meatwaves, and when we did host cookouts, we often faced adverse weather conditions. This particular event, comprised of Mid-Atlnatic specialities, was supposed to happen back in March, but a continuing cold snap forced its delay. Then it was supposed to happen in September, but again we were foiled, this time by Hurricane Florence, so we pushed it to October. When it came to Meatwave week this time, we faced yet another hurricane, but luckily this one passed through quickly and we were looking at sunny and pleasant weather on a Sunday for once. Then that morning came, and what had been a favorable forecast turned into a cold and rainy morning, but luckily the rain stopped right in time for the meat to start flowing, and while the sun never did come out, we were finally able to put this long-awaited Meat-Atlantic in the books. 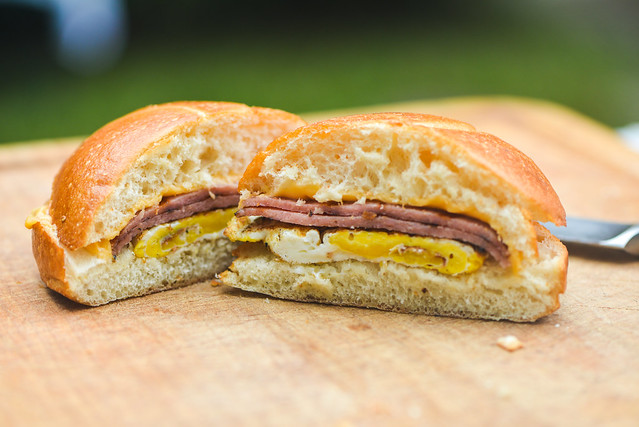 As noted, this menu was mainly made up of some of my favorite Mid-Atlantic specialties that were grill-adaptable. The day started out justly with pork roll sandwiches. This New Jersey delicacy is actually sold in groceries here in Durham, so it was easy to pick up a couple packs and grill up slices of this seasoned pork product and pile them into kaiser rolls along with eggs and American cheese. After a stint over indirect heat to melt the cheese, the sandwiches were ready to be served and provided an apt start to a day of immense eating. 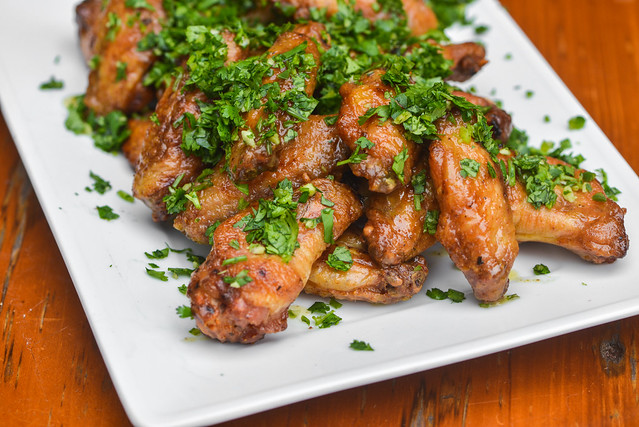 Next off the grill were these jalapeño wings. I also made Buffalo wings to better fit the theme, but I had this recipe in mind for part of my forthcoming wing month in January and gave it a shot. I've been trying jalapeño wings for a long time and never really hit the nail on the head until this time around. The secret to success was a triple dose of jalapeños by way of chipotle powder, jalapeño hot sauce, and fresh jalapeños. This gave the wings an incredibly complex and pleasingly spicy flavor that made them a hit. 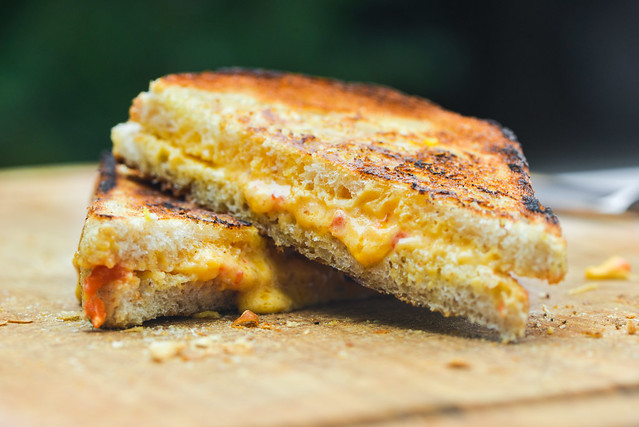 The one place I really struggled with the menu this time around was finding a vegetarian main dish that fit the mid-Atlantic theme. So these pimento grilled cheese sandwiches didn't really fall into the right category technically speaking, but they were mighty tasty. 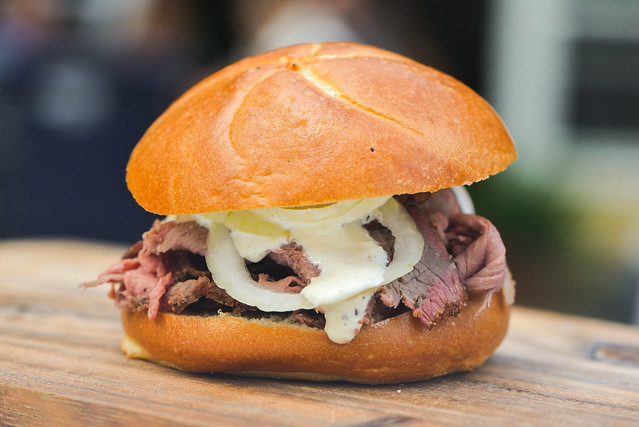 The reason this Meatwave was supposed to be the first one of the year was to make use of a new toy I got over the holidays last year—a meat slicer. One item to be perpetually on my to-cook list, but really needed a meat slicer to get right, was Baltimore pit beef, and it felt so good to finally be able to make it! I seasoned and grill-roasted a four pound bottom round roast and then used my slicer to cut it thinly. I piled that delicious medium-rare beef onto warmed kaiser rolls with sweet onions and tiger sauce to make proper pit beef sandwiches. 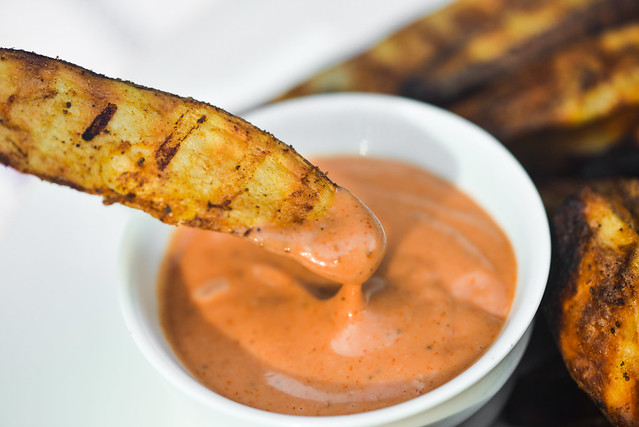 Also coming to us by way of Maryland were these Old Bay fries. I remember days at the boardwalk, chowing down on fries seasoned with Old Bay, so these were really a nostalgia trip for me. Instead of true french fries though, I used the grill to roast seasoned potato wedges that I served with a dip I concocted that also included a healthy helping of Old Bay. Taken altogether, it provided one of the great tastes of the Maryland shore. 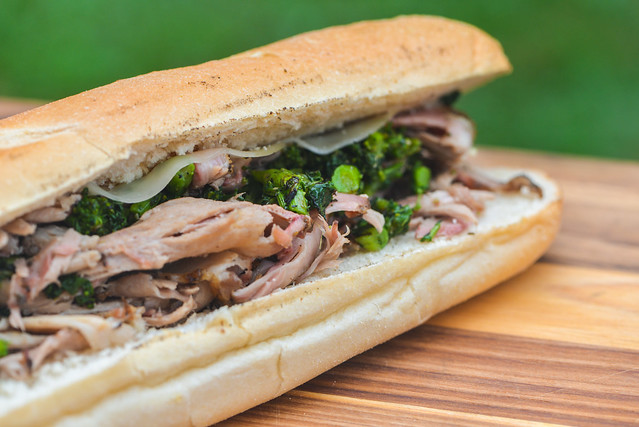 Then last, but certainly not least, I made Philadelphia roast pork sandwiches. Originally I was thinking about doing some sort of grilled cheesesteak, but with pit beef already on the menu, roast pork seemed like the better option, and I can't imagine a cheesesteak beating out how good these sandwiches were. I had rubbed a pork butt with an Italian seasoning mixture and then cooked it in the smoker a couple days before the Meatwave. Once totally cooled, I sliced the pork into thin pieces and rewarmed the meat in the braising liquid. Then to serve, I piled the pork into hero rolls with sharp provolone and grilled broccoli rabe. For me, this took the top prize of the day—the pork was incredibly flavorful and tender, and got even better with sharp bite of the cheese and garlicky and bitter broccoli rabe. I only wish I had found a better source of bread, because the rolls I had didn't do the rest of the sandwich proper justice. 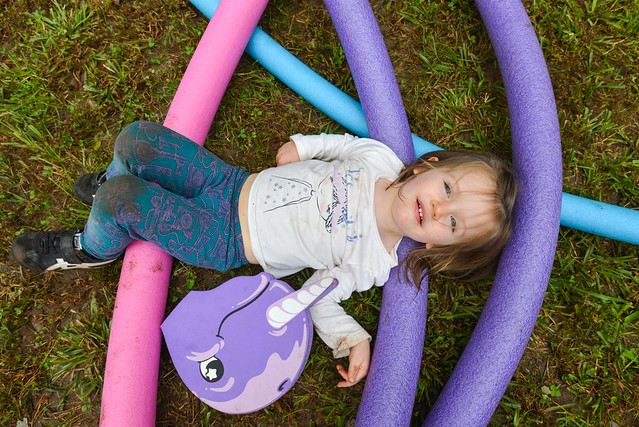 For once in the past couple years, we actually had a fairly light crowd at this Meatwave. Usually Alice here has a ton of playmates running around, but she was rolling solo this week. No problem for her, she just grabbed the noodles from the garage and entertained herself for hours. 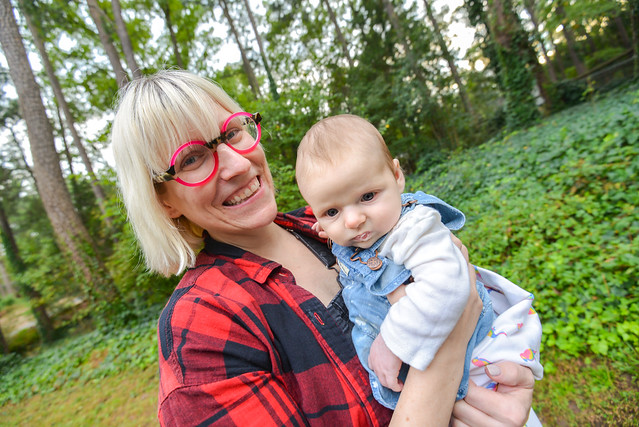 Brooks made her second appearance in her first three months of live—now that's a baby born into Meatwave life. She only brought mama Leslie along though since daddy Steve was off in Cali at a reunion, missing his first Meatwave ever. 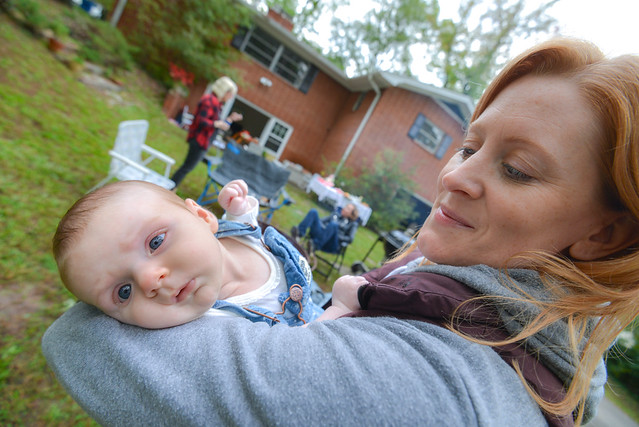 Brooks sure is a heart stealer, here winning the admiration of Lindsey. 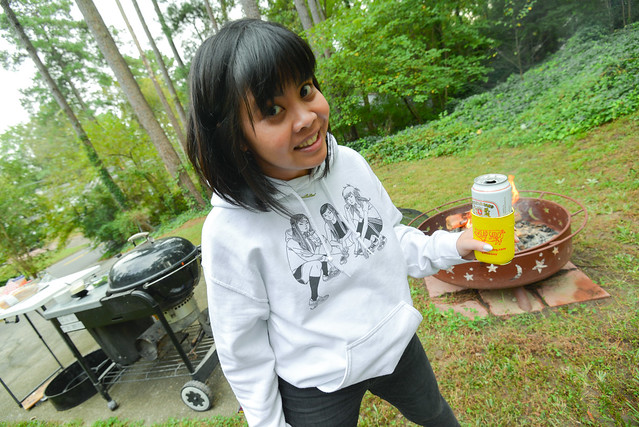 Next we have Kris enjoying a beer and the weather that was finally not hot and humid for once. 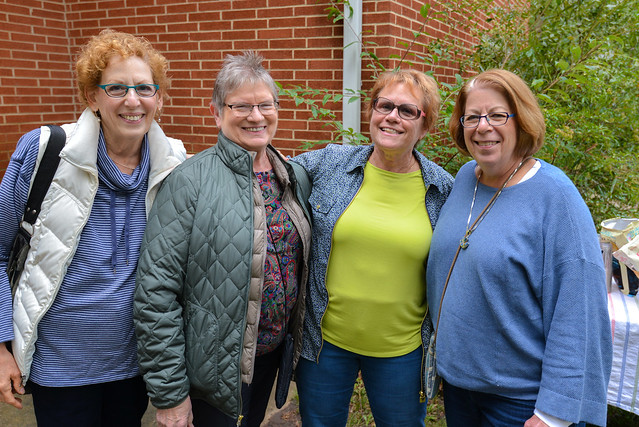 My Mom was in attendance with her Creekside crew. They all were great in chipping in with sides and dessert, but that also left me with two large boxes of cupcakes that I've overindulged in for over a week past the cookout. 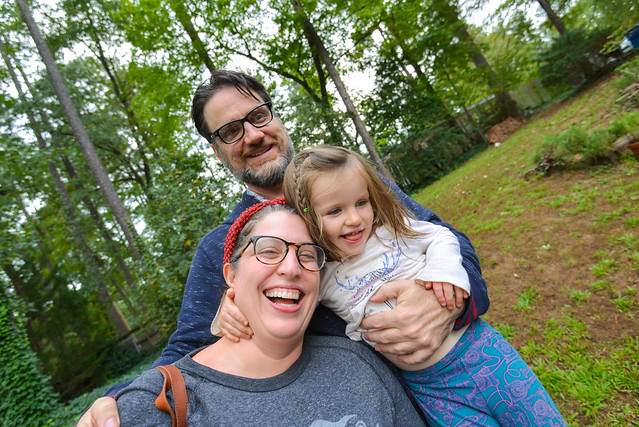 Alice stole the show for pictures this day too. I'm adding one more here to get her parents Lindsay and Chris represented. They're all mugging for a great family portrait before heading home, where Alice continue to eat Meatwave goodies in the car. 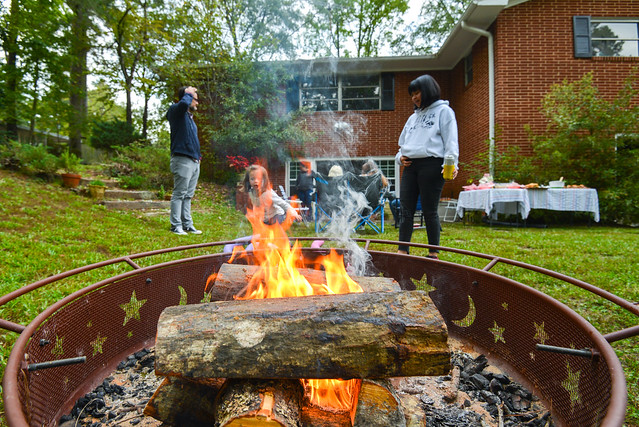 The passing of the hurricane earlier in the week also brought a cool fall chill in the air. This is my favorite weather for Meatwaves because it means we also get to build a fire at the end of the day to keep ourselves warm and make s'mores! Unfortunately, the next time I can host a cookout is in December, and there's a good chance it'll be too cold for outside hangs by then. I'm hoping to pull off one more Meatwave this season, but given our luck so far, I wouldn't be surprised if The Meat-Atlantic was the finale. Fingers crossed we can keep cooking and hosting though because I have so many recipe ideas that didn't see the light of day yet that I'm itching to try out before winter really sets in.