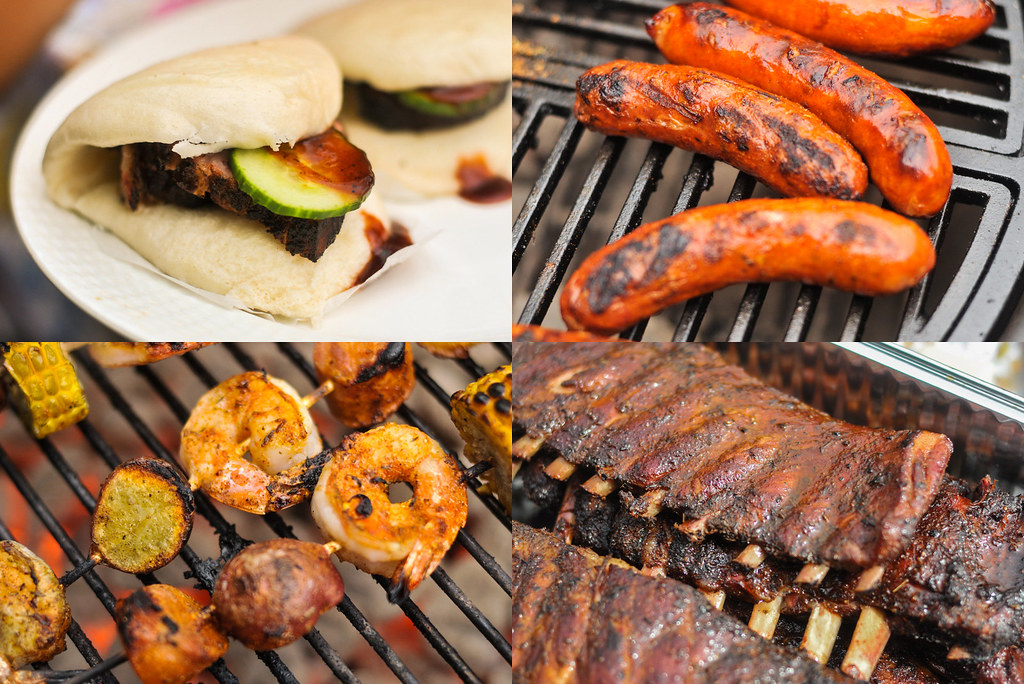 Meatwaves are usually born out of ideas brought forth by the winning combo of meat comas and drunkenness. Many years back, it was this precise mixture that led us to the "brillant" Meatcar Named Desire. Every year since then, I've had it on the schedule, but when it finally came time to act upon this Big Easy-based Meatwave, I always dropped it due to an unfamiliarity of Cajun and Creole cuisine. They year though, I was all about action and was finally putting together recipes and searching out hard to find ingredients—like tasso ham and liquid crab boil—but then it started to look like the weather would force yet another season without Meatcar. But alas, the meaty gods were shinning on us, spared us the rain, and a feast came together that was second to none. 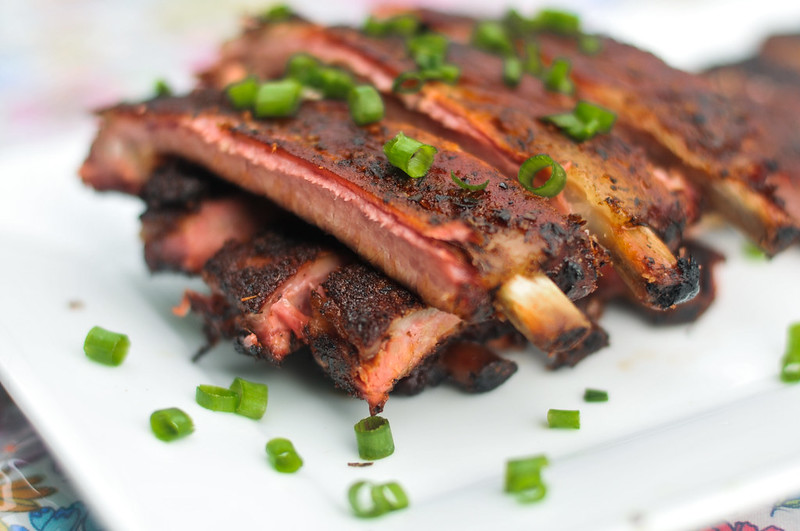 My biggest entry into Cajun cuisine prior to this week was with blackening seasoning, which is the rub applied to fish and meat to create that dark spicy herbed coating when grilled or pan fried. I figured there was no reason I couldn't take this rub to ribs, so I did just that. It ended up working tremendously. I feared the Cajun seasoning would be too heavy-handed and make the ribs too spicy, but it ended up almost the opposite. The heat was mild, with the herbs in the rub actually coming out more, but overall it was the smoky meat that took center stage in these delicate, yet delicious ribs. 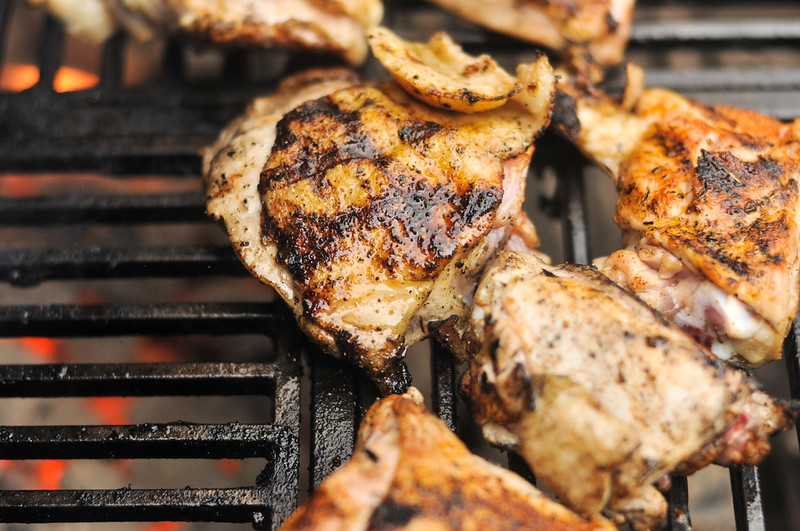 Ribs were the one thing I knew I wanted to make, I needed help with ideas for the rest of the menu. My Uncle Ronny gets credit for this one—grilled jambalaya. For this, I grilled seasoned chicken thighs, sausages, and tomatoes. These were then all chopped and added to a base I had going with the Cajun "holy trinity"—onions, celery, and green peppers—tasso ham, rice, and chicken stock. 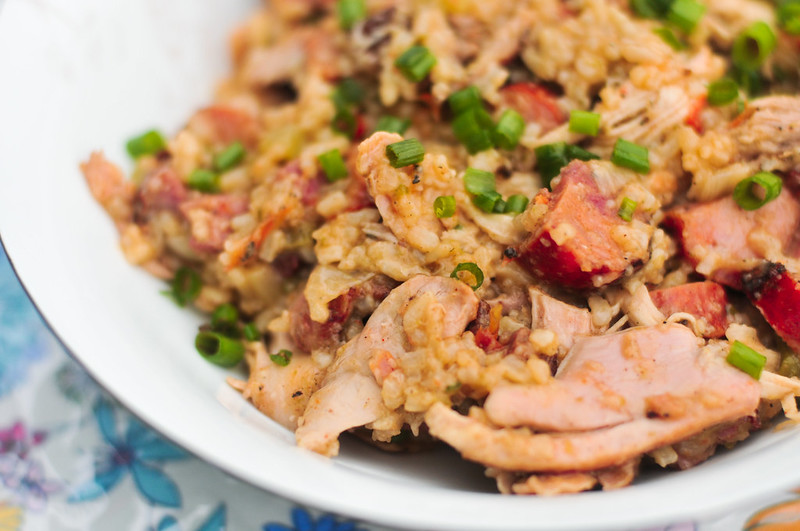 The jambalaya was standout dish of the day for me. A rich and full-flavored rice was complemented well by the crispy and slightly charred sausage and chicken, which made the use of the grill worthwhile in my opinion. 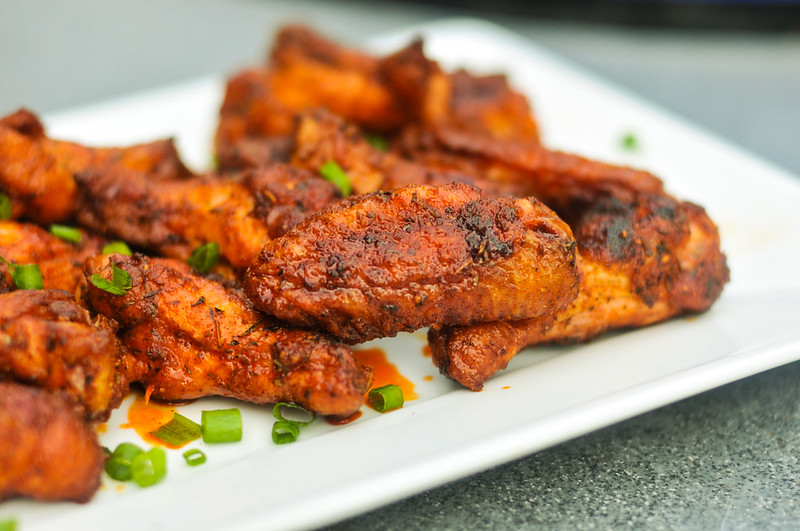 While I was partial to the jambalaya, there was a definite love by all Meatwavers for these Cajun-spiced wings. I used some of the rub I had leftover from the ribs and used it to coat a few pounds of wings. These were then grilled over indirect heat until crisped, and finally tossed in a sauce comprised of Louisiana hot sauce, Worcestershire, and butter. A perfect blend of spice and heat, these may become my new favorite wing in my ever expanding arsenal. 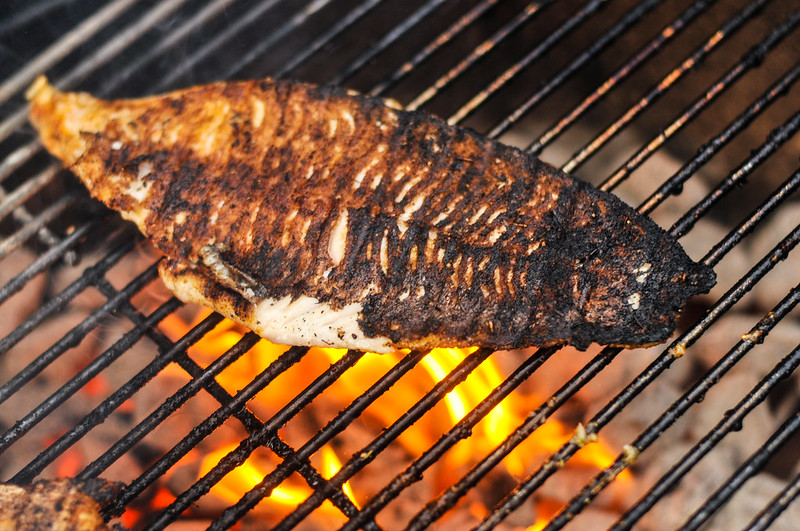 What would a Cajun cookout be without some seafood? To fulfill the sea creature requirement, I picked up a couple catfish filets, seasoned them with the blackening rub, brushed them with some leftover bacon grease I had, and on the grill they went, where they blackened and cooked in mere minutes. For serving, they were topped with Creole sauce, and together the whole thing was fantastic. It's these type of intensely flavored seafood dishes that slowly has me coming around to accept fish in my regular diet. 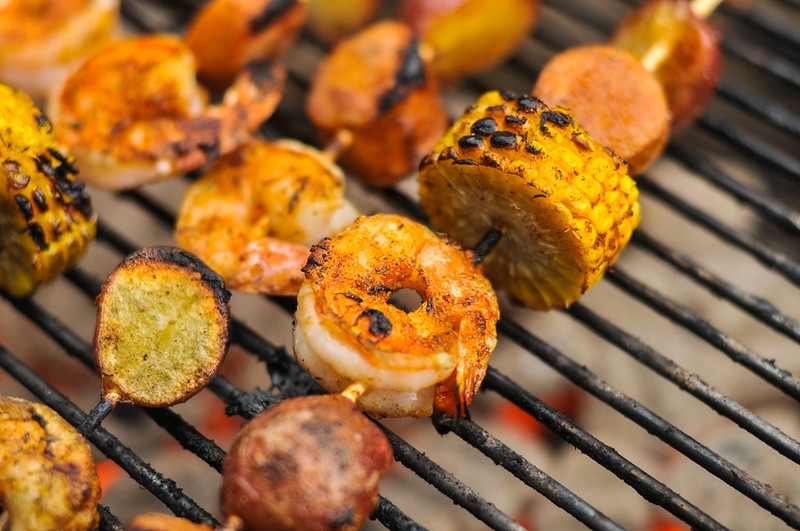 As if I didn't have enough food, I had recently saw a photo of skewers that were basically shrimp boils on a stick. Corn, potatoes, shrimp, and Andouille sausage alternated on these skewers that I thought looked awesome, but would ultimately be impractical. I was proven wrong, as everyone jumped on these and had no troubles enjoying them by removing each item on skewer and eating it individually. 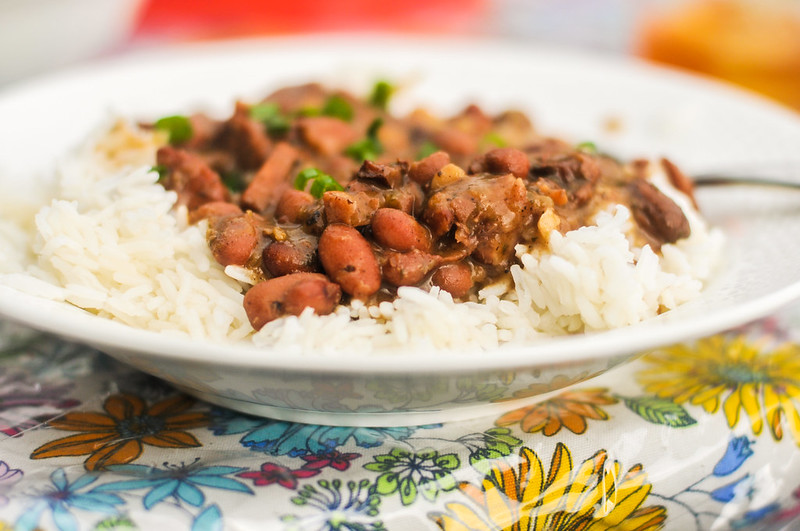 I had a large menu going, so I didn't go too deep into the side dishes, but thought I needed to offer something, and nothing seemed to fit better than red beans and rice. This was a process to put together, but a mixture of meats—tasso, ham hocks, sausage—and veggies made this incredibly rich and well worth the while. 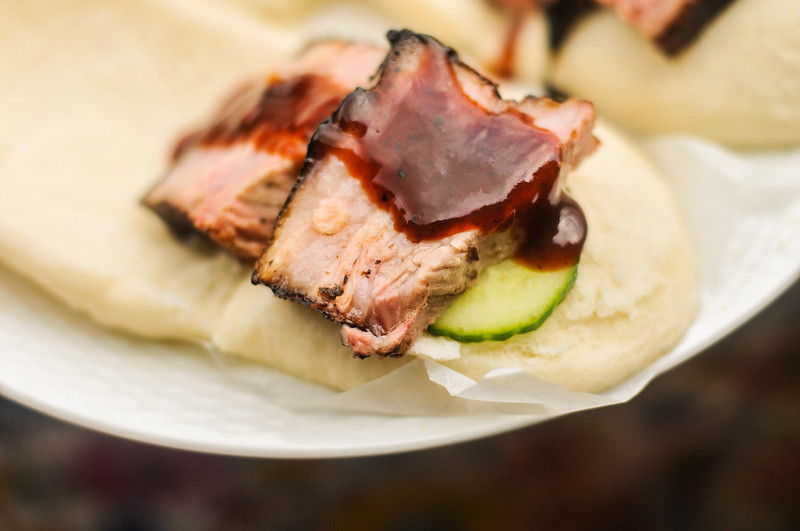 Tyson wowed us all again with Cajun-spiced smoked brisket and pork belly baos. While I was incredibly stuffed by the time these arrived, I could not resist the lure of fatty deckle and luscious pork belly, and had to have both. I'm sucker for steamed buns, and these came together to be a killer combo. 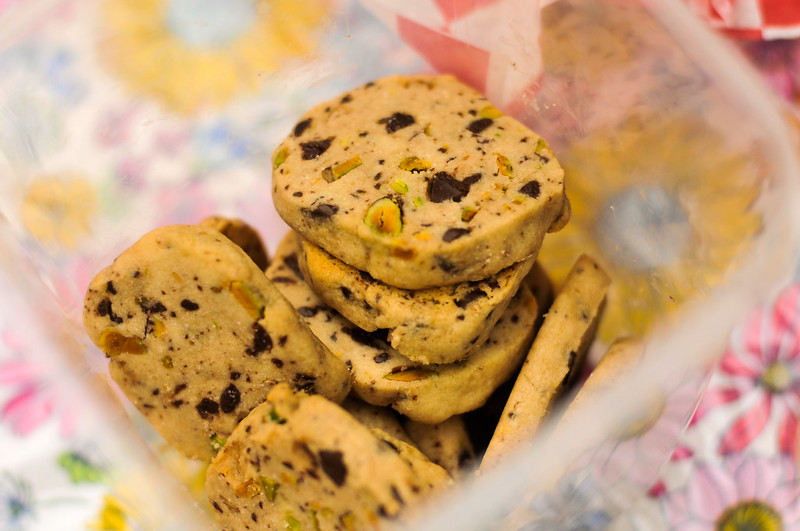 I put out a call for dessert, and my sister answered. Rachel brought a batch of pistacho cookies, shortbread-y cookies. Crisp and sweet, I was glad I finally made room for a couple by the end of the evening. 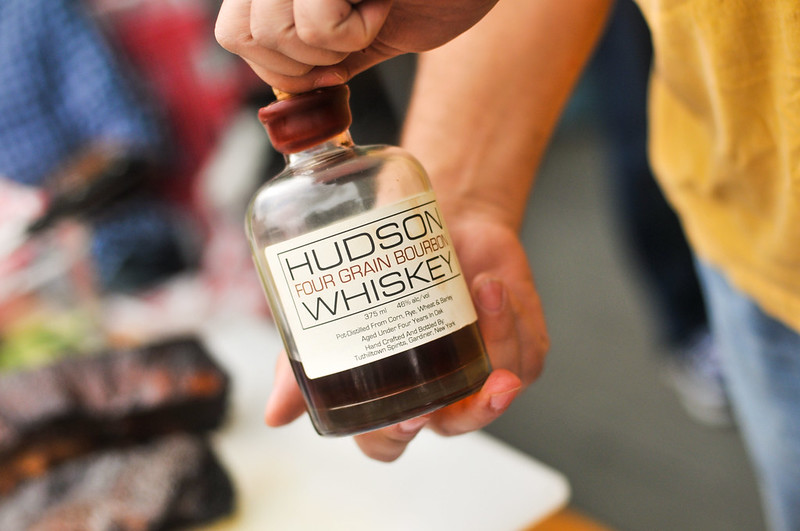 And what's a Meatwave without some drink? We all partook in this strong whiskey received by Jay as a token of gratitude for officiating our friend's Karla and Craig's wedding. As the temperate dropped through the evening, this was key in keeping warm. 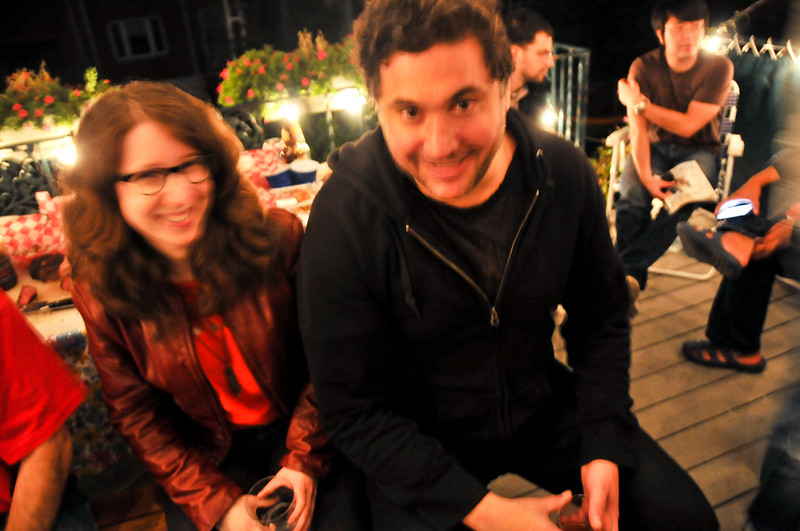 Starting our Meatwave All-Star line-up are two newbies, Jay and Rebecca. We've gotten to know these great people more over the last year and were happy to finally say they're now officially part of the Meatwave family. 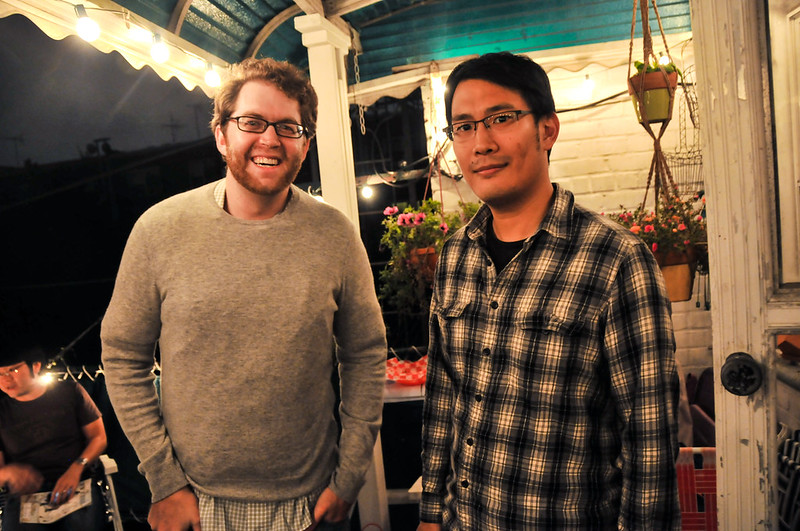 Next up is James—my barbecue co-hort at Serious Eats—and his friend Darryl. It was great having James over to talk barbecue, by even more so, to have yet another Simpson-quoting nerd in our midsts (there are many of these at the Meatwave). 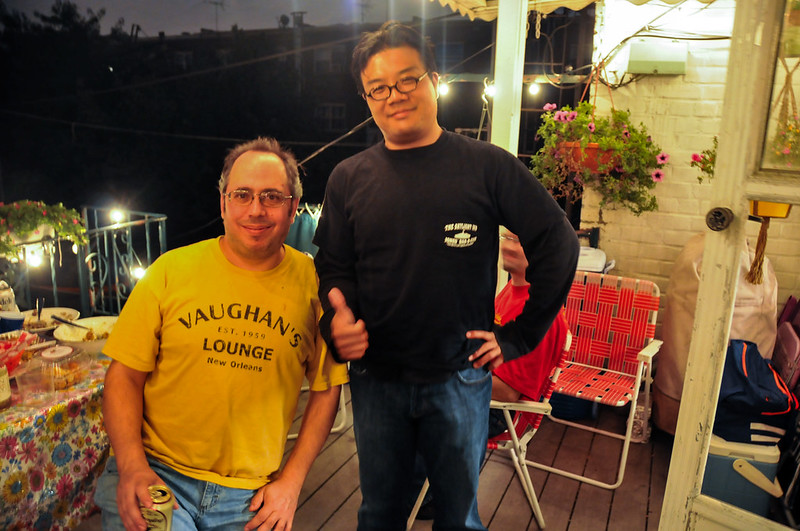 Then there's barbecue superstars Tyson and Chris. Tyson ventured over to Chris's place early in the morning to cook his brisket and pork belly on Chris's new Napoleon smoker, a close cousin to the Weber bullets. Seeing how well those meats turned out, I'm interested in checking out these new Napoleons myself. 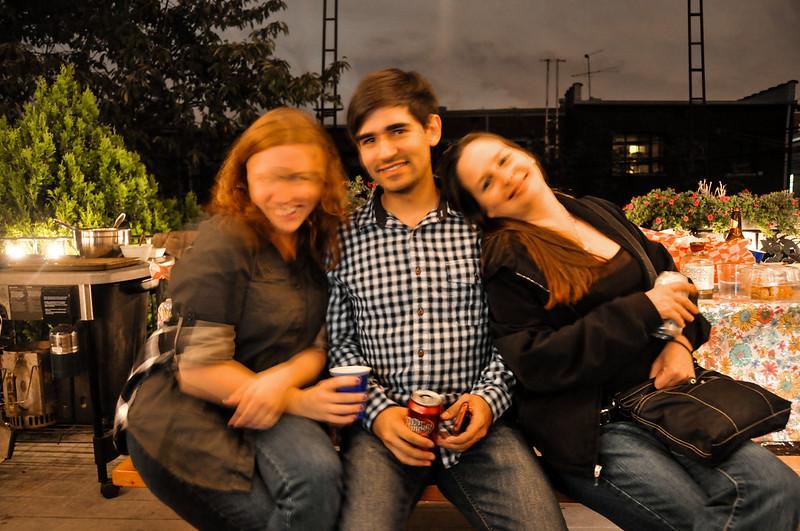 Finally we have Rachel, Chuck, and Tracey (spelled it right this time, right?). Rachel and Chuck have become the ultimate Meatwavers this summer, coming more than anyone else and always bringing food and drinks to share. We were also very happy Tracey and Julian from Island Smoke Ring made it out to another Meatwave, always great company.

The long over due Meatcar Named Desire was a grand success, and I had so much fun doing it that I may just have to bring it back next year, probably in the musical form, "Meatcar!"