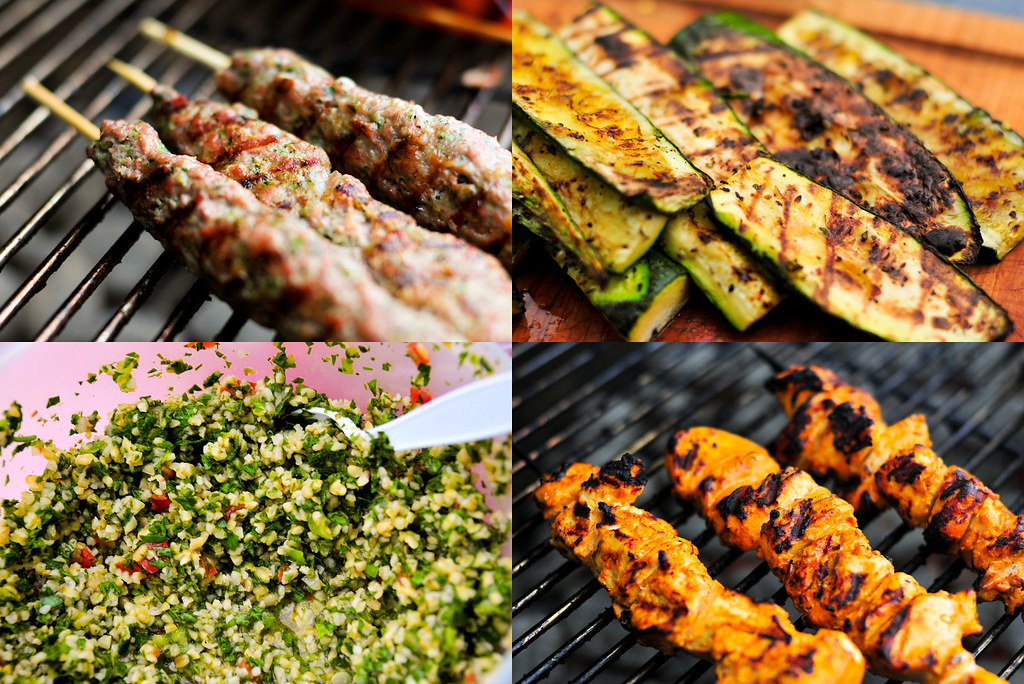 It's not a summer without the celebration of all that is meat, Carne-val! I decided to take things more literally this year and get as many types of meat in as possible. Beef, pork, chicken, and lamb were all on the menu to make the day a feast spanning the spectrum of delicious animals. 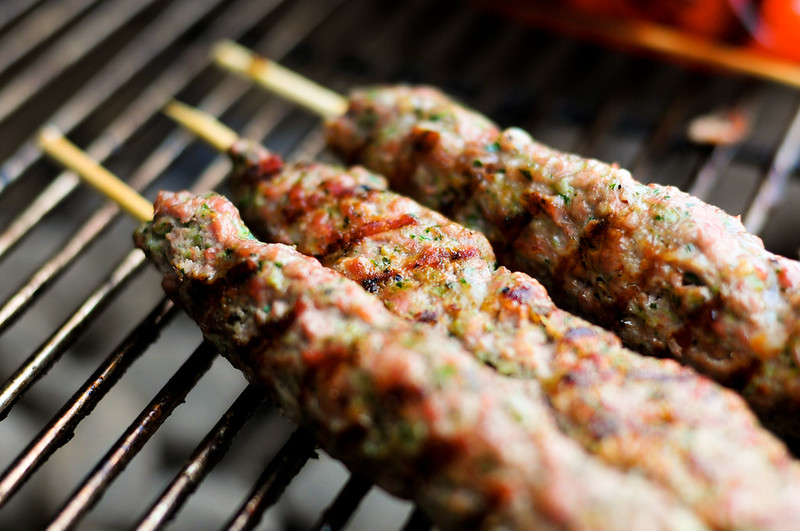 First up were some Lebanese kofta. I bought some nice slices of lamb shoulder, ground it up fine, and mixed it with parsley, onion, cinnamon, cloves, nutmeg, salt and pepper, then formed the mixture into a log around a skewer. Incredibly tasty, these were my favorite meat of the day. 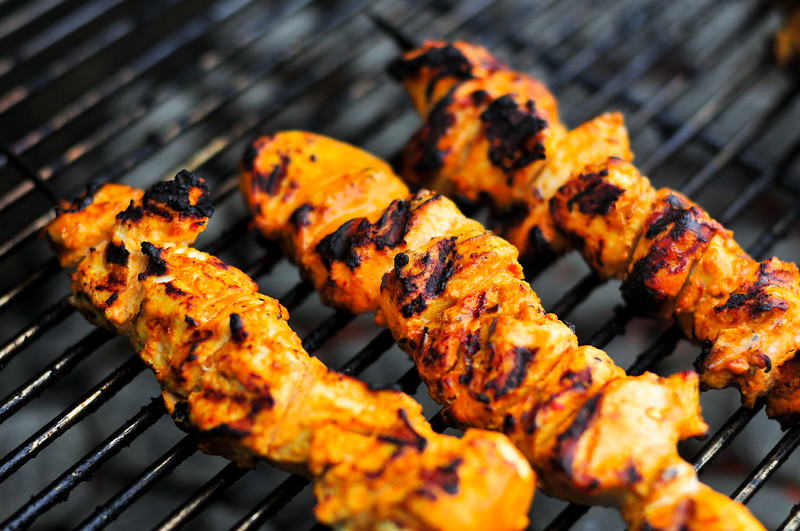 Most Meatwavers disagreed with me though, preferring the Yogurt-Marinated Chicken Kebabs with Aleppo Pepper. I tried desperately to find Aleppo pepper to give these a very authentic flavor, but I failed in my pursuit, and instead used the recipe's alternative mixture of crushed red pepper and paprika. Aleppo pepper or not, these were so tasty, moist and spicy that they were probably the best chicken kebabs I've ever had. 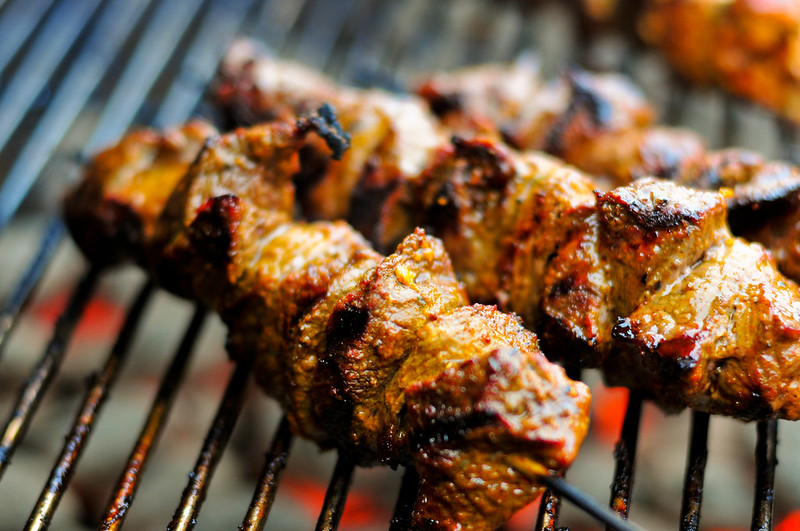 Next up was the beef, where I used Alton Brown's recipe, which I've made in the past to great accolades. The complex spicy flavor was all there, but unfortunately I picked out a piece of sirloin that had a little too much fat, making these a too chewy and a tad tough. 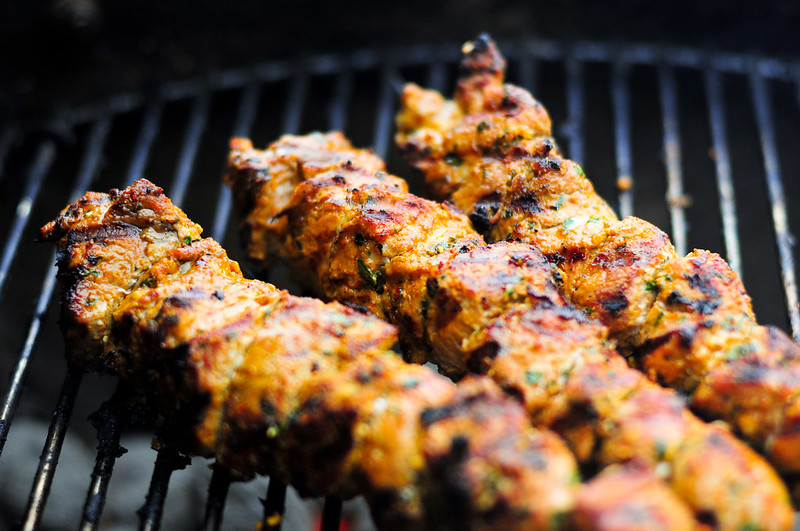 I really wanted to have a lot of different meats, so pork was the next thing I thought of. Sticking with a Middle Eastern kabob theme, I searched for a recipe, coming up with nothing. Then it hit me, pork the Middle East = big no no. How could I have been so stupid? Then flipping through Williams-Sonoma: Grilling & Roasting, I came across the perfect answer, a Spanish recipe for pork skewers with flavors taken from their neighbors to the south. These fit right in with the rest of the menu and rounded out the meat offerings for the day. 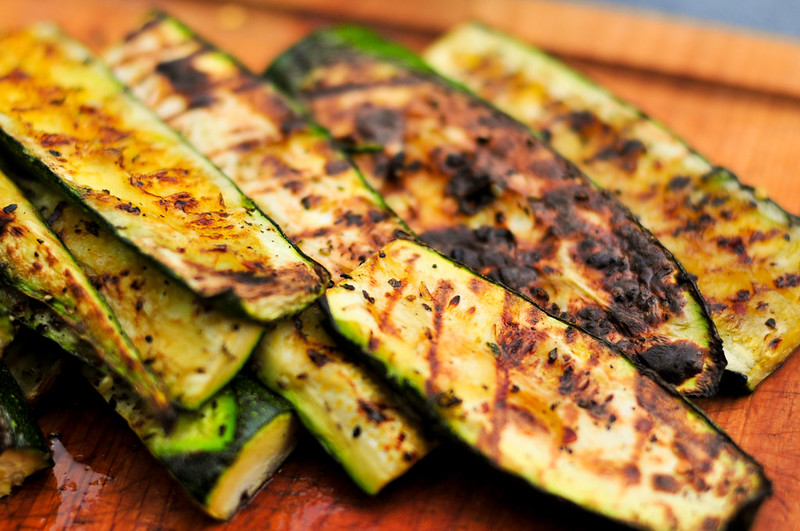 Although it's not uncommon for me to serve only meat, I felt wrong having kabobs of only meat and no vegetable offerings. So I grilled up an array of veggies as sides, including my favorite, summer squash. The only problem was that the table was so filled with meat, that there was no room for the vegetables, and so they sat next to grill, left mostly uneaten at the end of the day. I guess I learned a lesson though, no on is coming to the Meatwave looking for veggies. 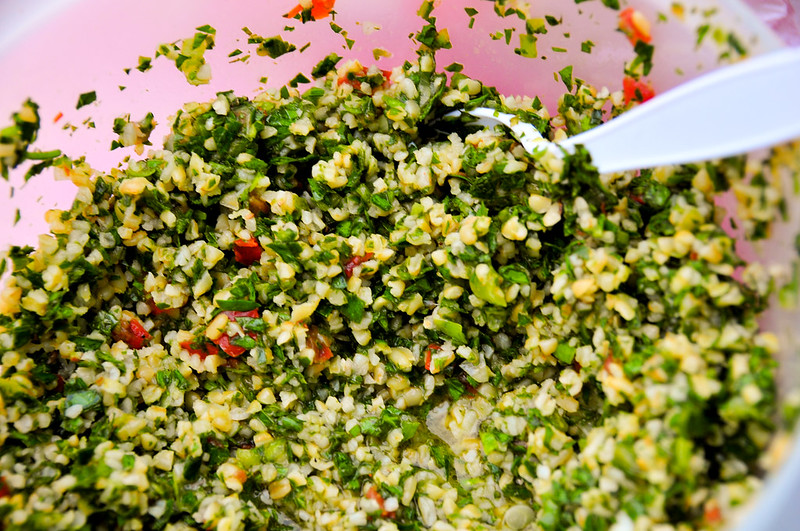 One side that did go though was my tabouleh. Super Meatwaver Mike always brought some great tabouleh with him, but this summer he's been off working the campaign trail, and its left a hole that only some lemony bulgur wheat and parsley could fill. 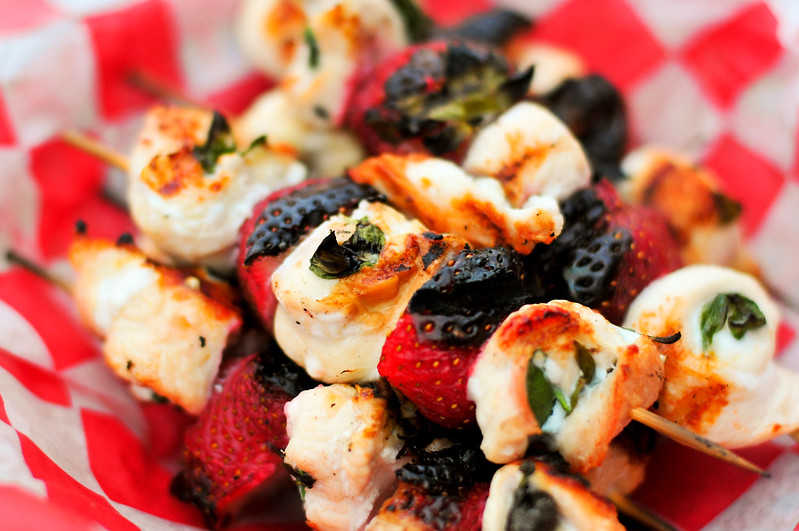 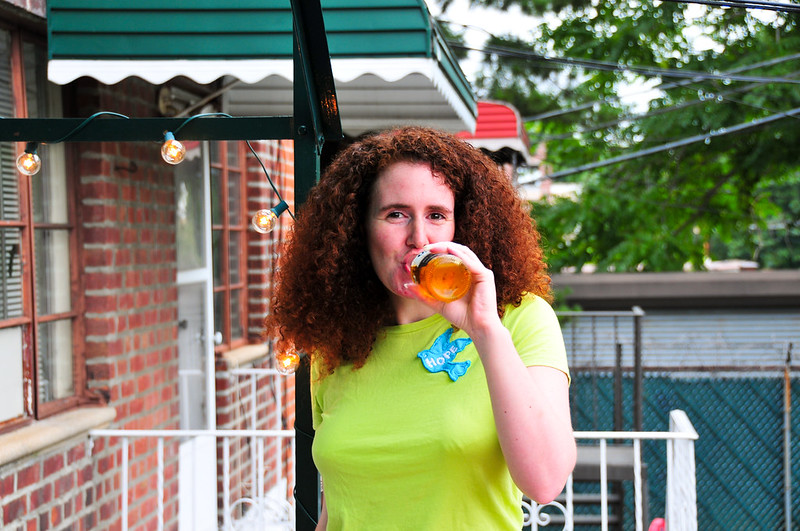 Carne-val marked the return of Tea, the evil genius of Meatwave concoctions. Along with a friend, this week she grilled up strawberries and basil wrapped chicken skewers, an odd, but winning combination that only the mind of Tea could come up with. 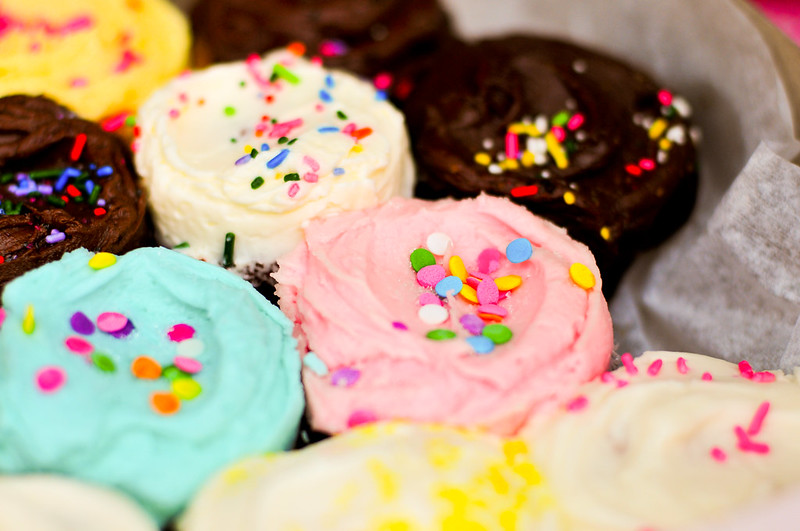 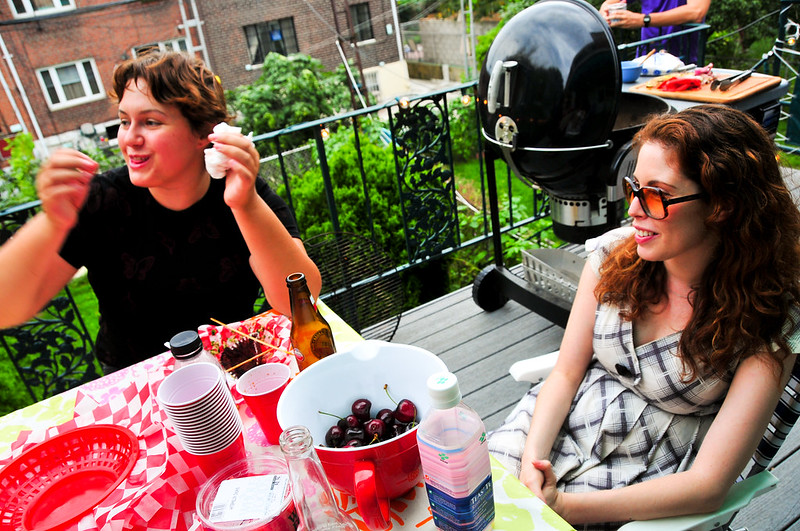 Amanda, my partner in production during my netomat years, made her first appearance at the Meatwave. She came with a huge box of brightly frosted cupcakes in a wide variety of flavors. Almost 3 cupcakes per person, we had no problem finishing these off, from the carrot cake to red velvet, all so good. 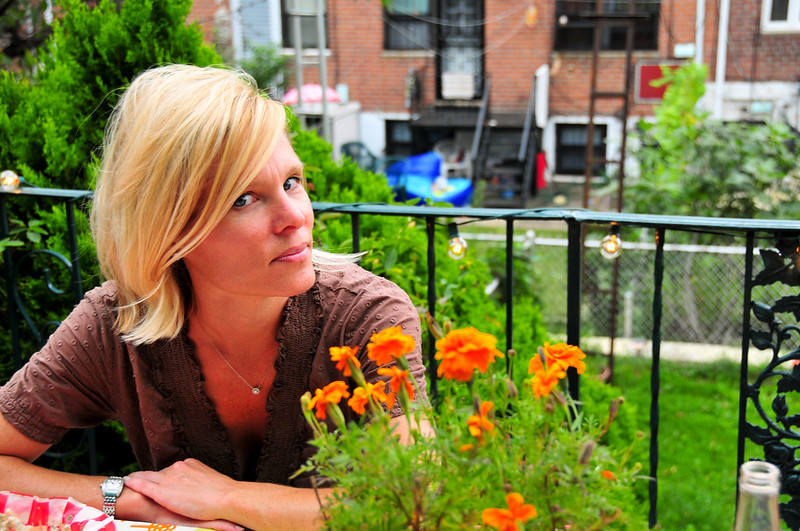 Fellow netomater Cindy also experienced her first Meatwave ever. She has a swank roof deck at her place in the city where I've brought my Meatwave show on the road, but I don't think she realized the full power of the meat until she experience the real deal, and I don't think her life will ever be the same again. 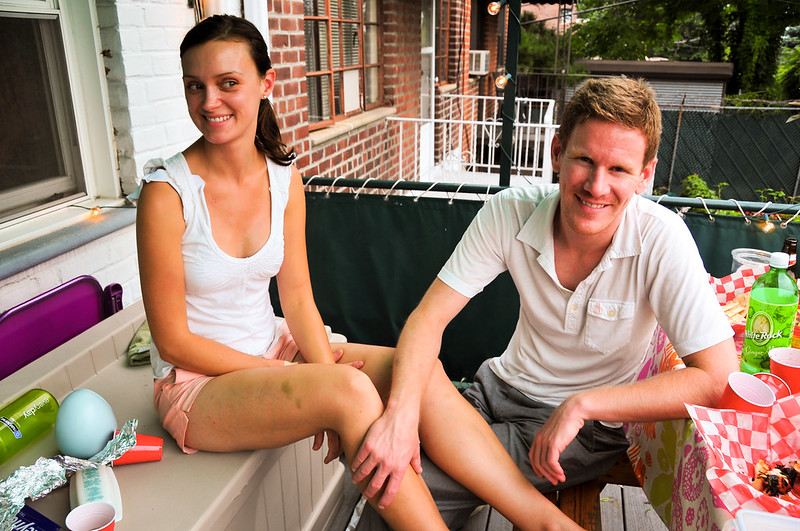 The good doctor was also in attendance, bringing new Meatwaver Evan in tow. Making the long trek from Brooklyn to ASStoria by bike, they were ready for the meat by the time they got here. Luckily, the doc emerged from the winter a full blown carnivore, and for the first time in her long Meatwave history, she was able to chow down on all the tasty, tasty meat, in quantities that probably won't be seen again until next summer's Carne-val.