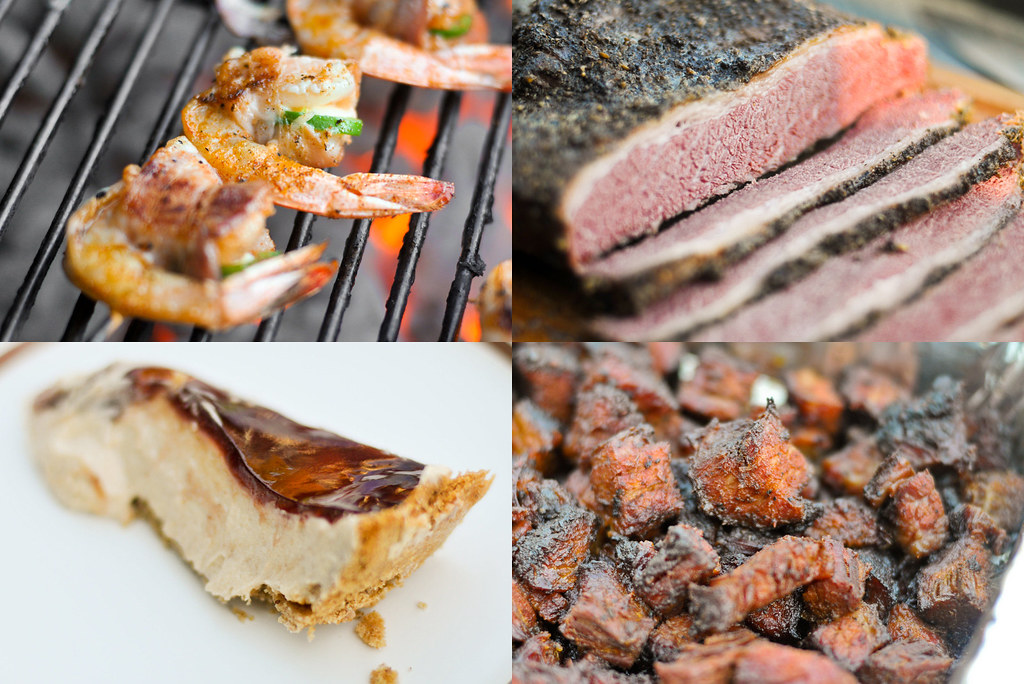 This is always the saddest time of the year—the end of the Meatwave. As we face colder, darker, and shorter days, the Meatwave is laid to rest until the spring arrives. The off-season can be difficult to get through, so to start our forthcoming hibernation off right, I always make sure all of my meaty minions leave the last Meatwave with guts dangerously close to their breaking points. This season that was done in a grand manner with nearly 40lbs of meat! 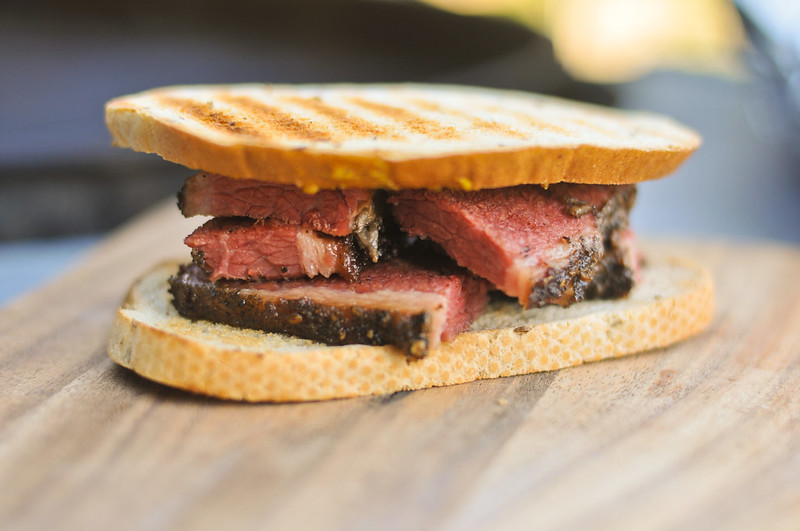 It all started off with the purchase of two whole packer briskets. The first of those I separated into the flat and point, then cured the flat for four days in preparation of smoking it into pastrami. This ended up being the big hit of the day, as that salty, hot, fresh, homemade brisket had everyone asking for seconds. 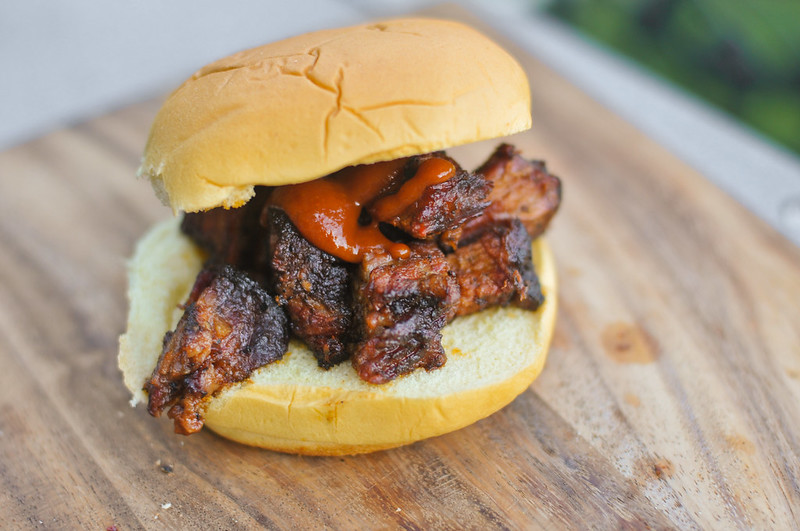 With the point of that brisket, I rubbed it down and smoked it until done to barbecue standards, around 195 degrees. Then I cut it up into 1/2-inch cubes, tossed them with some rendered beef fat and a little barbecue sauce and throw them back into the smoker. About two hours later we had darkened, crispy little burnt ends. These little nuggets of excellence only got better as they sat the rest of the day in the smoker, continually getting crunchier and better. 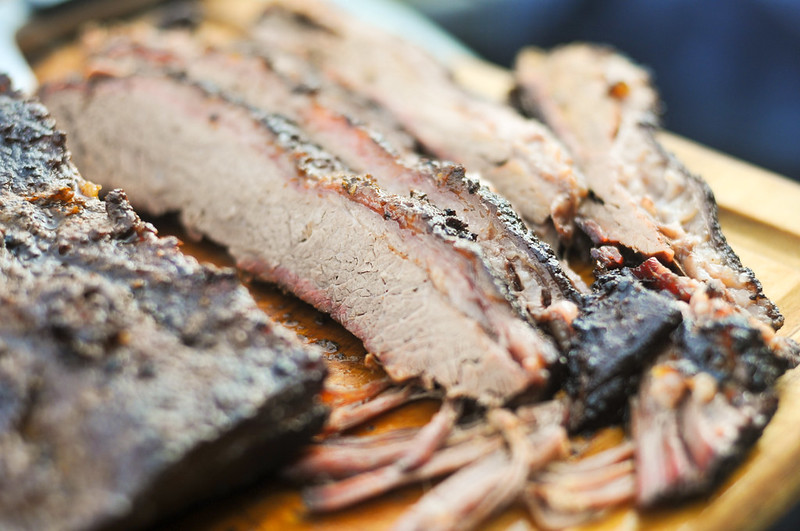 The second brisket was more of a practice to up my brisket game. Unlike last year, where my brisket smoked unusually fast, this one went nice and slow, which allowed me to try out the "Texas Crutch" method where the meat is foiled with a little liquid when it starts to hit the stall. Now I didn't get the hard, crunchy bark I like, but I did get a much moister, more flavorful brisket, which trumps the bark issue in my book. I like to consider myself a purist, and I don't really consider the Texas Crutch method pure, but it's hard to argue with results, so I think I'll be sticking with it for now on. 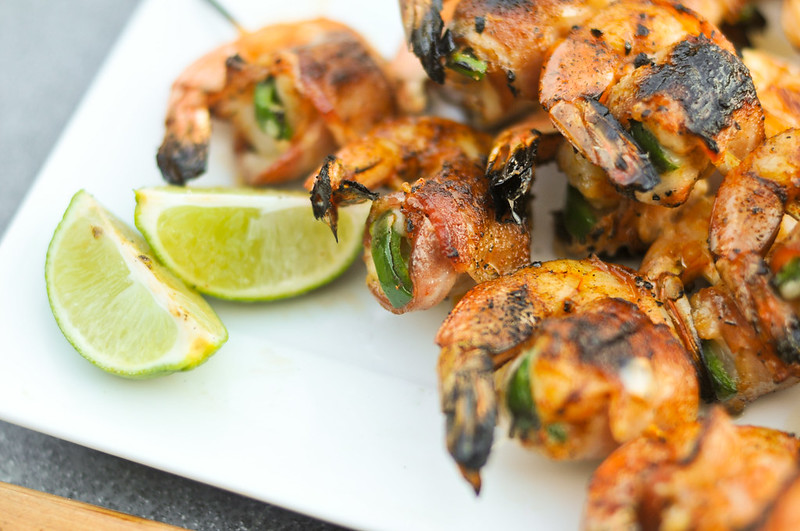 Keeping a semi-Texas meat theme I had going with all that brisket, I decided to do a copy of one of the few shrimps I've eaten and enjoyed (I don't much care for shrimp) from Pappasito's, which we have almost every we're in Houston. For this, peeled and deveined shrimp were split and stuffed with half a jalapeno slice and jack cheese. A slice of bacon was wrapped around the shrimp to hold it together, then they were skewered and a quick brush of butter was given before being grilled. As good as I remembered them from the restaurant, these flew off the plate (even if I only had one—in the face of so much excellent brisket, shrimp is not my priority). 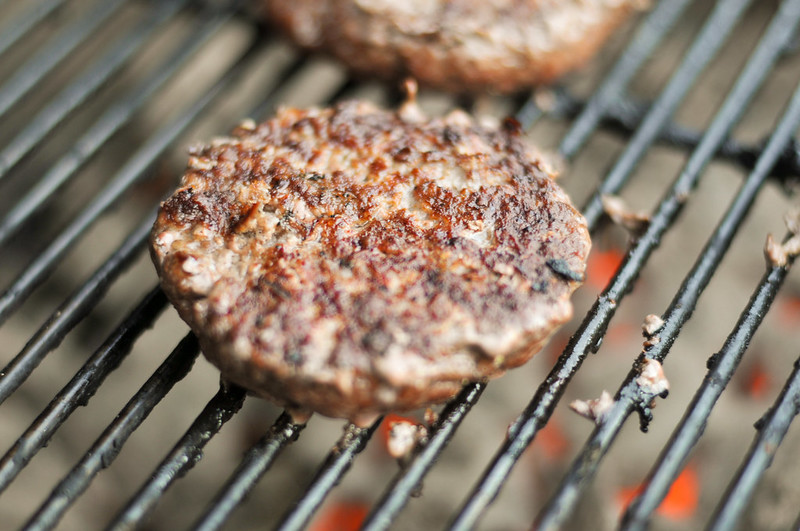 Being the last Meatwave, this was also our final chance to finish off foods leftover from earlier in the season. This year we actually ate through most of what I made, but there were a few straggling burgers, hot dogs, and sausages that needed to get eaten. 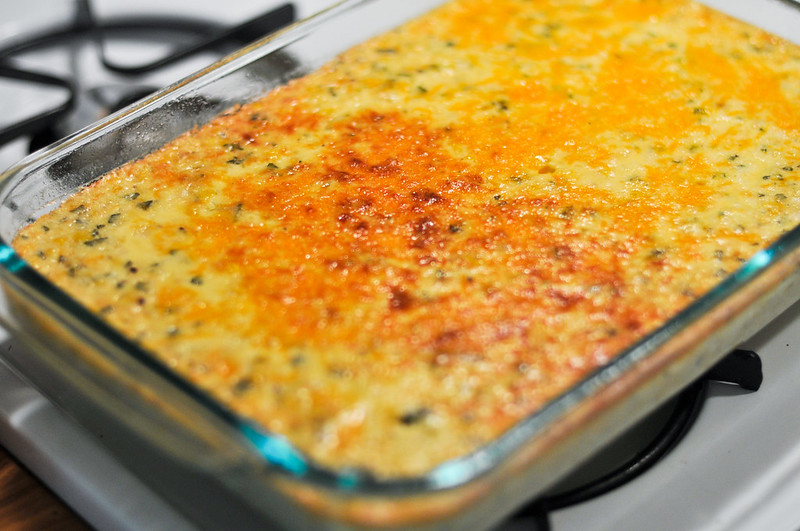 I had a full pot of leftover beans to go as side, then also made a fresh batch of corn pudding as well. While I'd like to have gone traditional with this, a recipe I came across from Ina Garten sounded so good that I just had to try it, and it ended up as tasty as I thought it would. 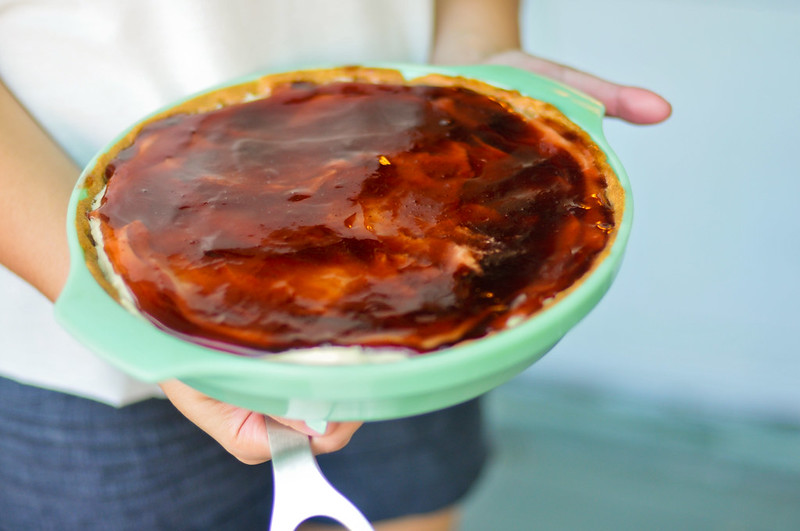 For dessert, Kristin put together this peanut butter and jelly pie with a graham cracker crust. Excellent. 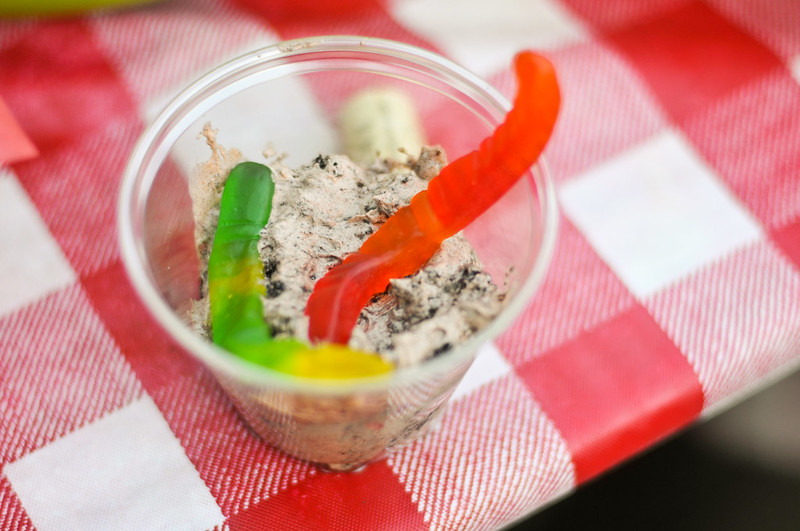 Then Haley hit us with her worms in dirt—that's chocolate putting, whipped cream, oreos, with gummy worms for the uninitiated. 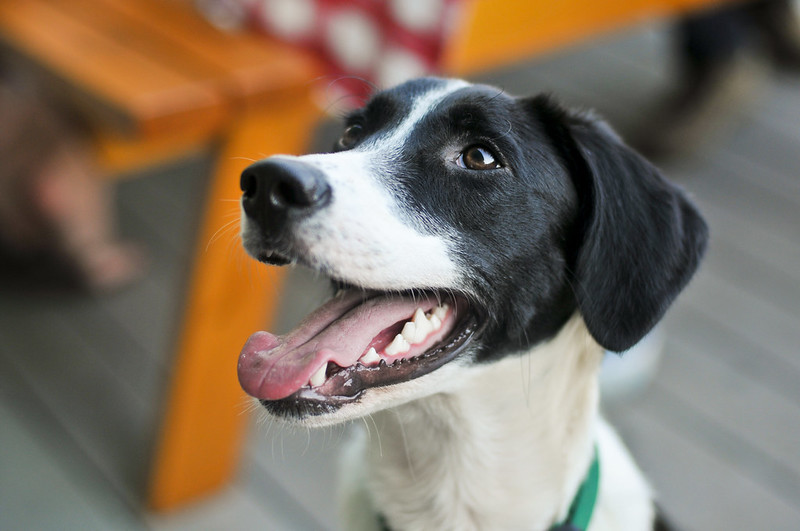 Even late in the season, it's always good to have new Meatwavers, and this weekend was the best as Louie made his first appearance. Quickly stealing our hearts, and few bites of hot dogs, Louie had nothing but love for us all and stomach for the meat. 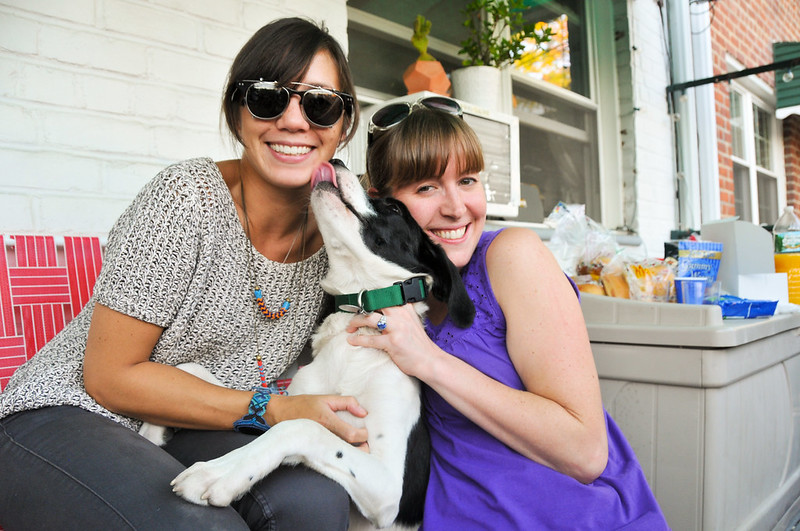 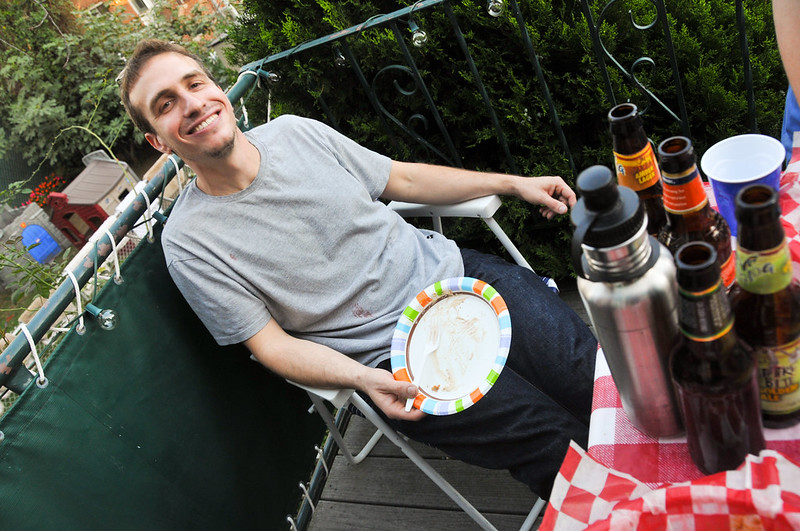 It was great to see Petey D, who has been tied up a work a lot of this season. He came bearing the quickest way to my heart, Sweet Action. 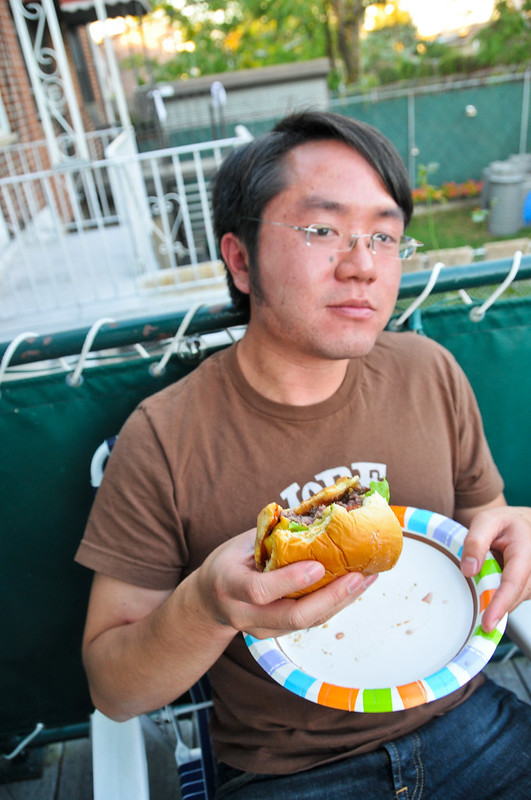 I gave Chris a run for his money, as he tried, and succeeded, to eat everything at the Meatwave. 3 types of brisket, shrimp, beans, corn pudding, he downed them all and then was the first to ask for a hamburger. Bravo fine Sir. 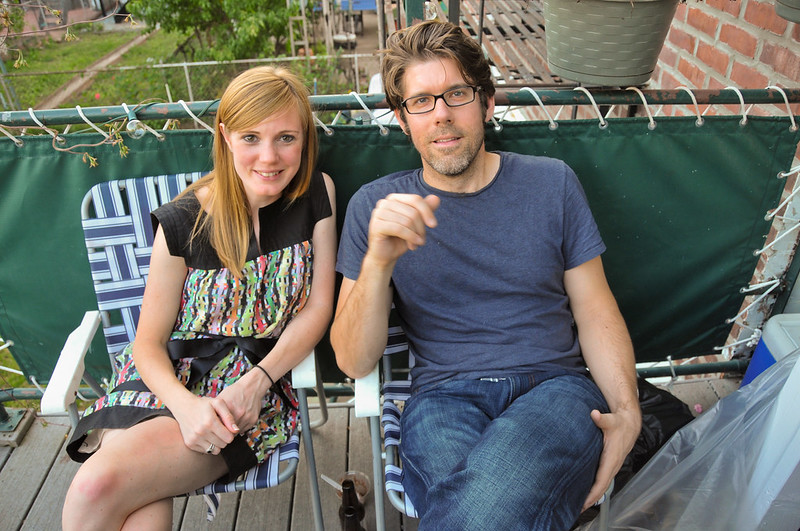 For the first time Matt and Erin walked to the Meatwave as Erin is now a proud Astorian, a welcomed addition to our little waterfront community. 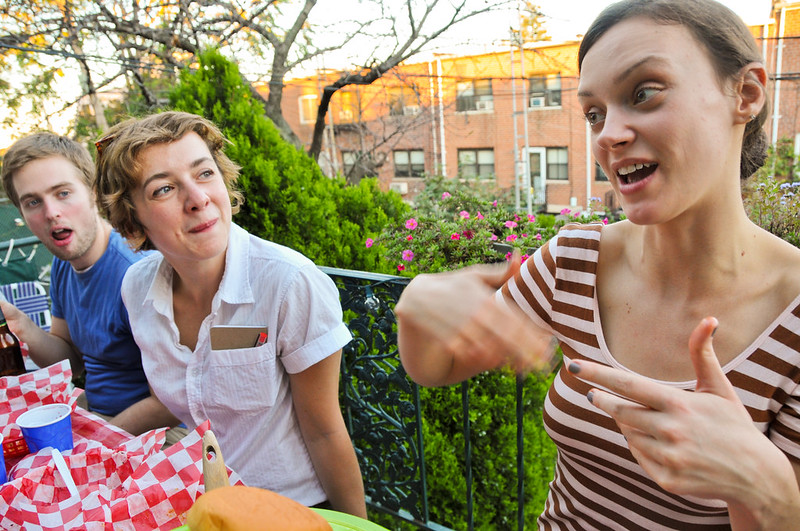 Suzun also made it out with a whole bottle of screwdrivers, as well as Anna and Joe, two more people we're proud to now call Meatwavers this year. 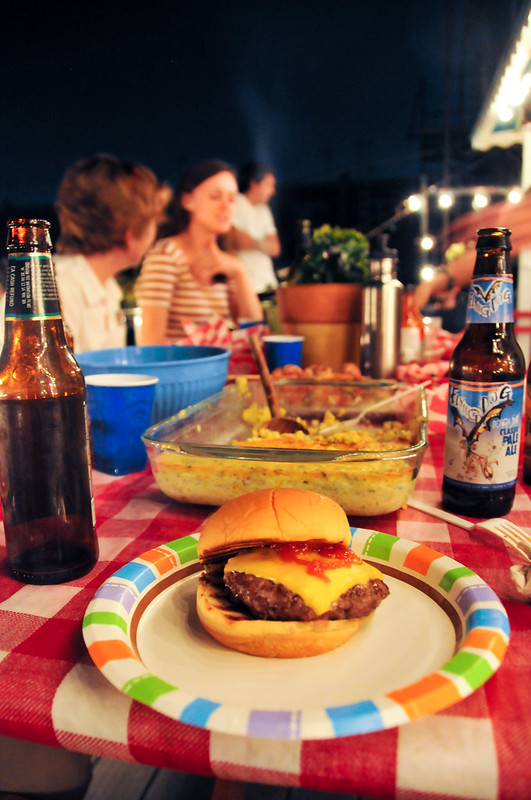 With a holiday Monday the next day, this was another Meatwave that went well into the night. With the extra time, I took inspiration from Chris to try and eat everything, and while I finished this burger by the end of the night, the amount of meat I consumed previously made it a tough one to get through. That also meant I ended the evening with an incredibly full stomach, leaving me with a feeling of comfort that I did my job for the final Meatwave of the season as all my friends are now throughly fattened up to survive the winter ahead, ready to devour more meat the second the warmth returns.