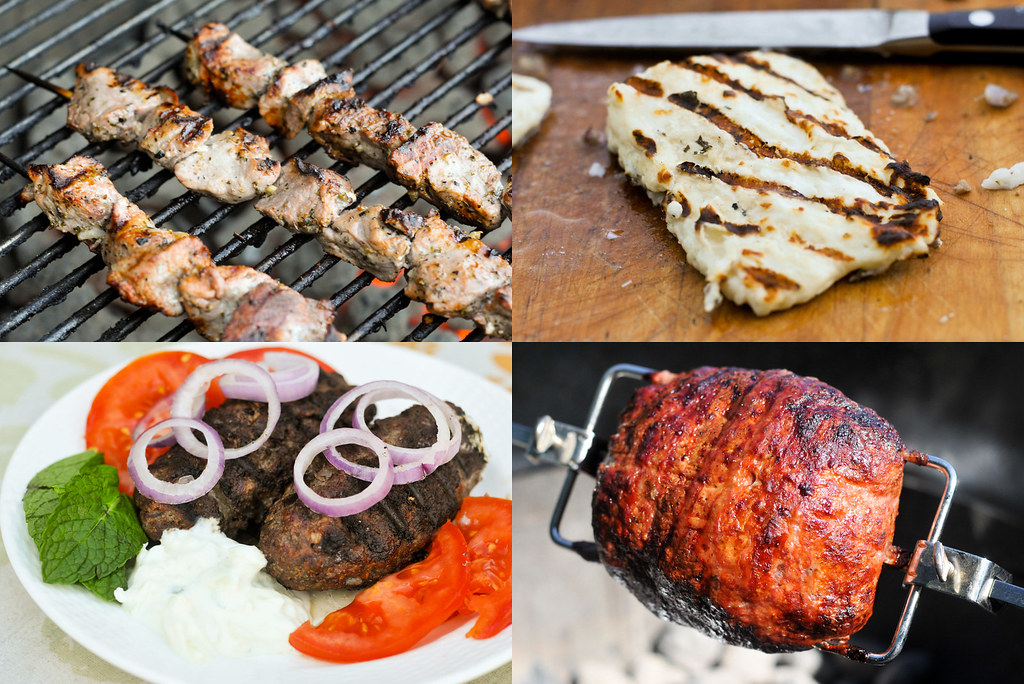 Despite a distaste for making bread, my pursuits of grilling bread tend to be at least marginally successful. So I thought a Meatwave revolving around grilled bread would equal some good times and good eats.

When considering what type of meats to fill this bread, I came the the decision that an all out Greek feast would fit the bill quite nicely. I started researching how to make those soft pocketless Greek pitas, but the more I read, the more it sounded like they really needed to be made in the oven to get the correct consistency. Already excited about a menu of souvlaki, bifteki, and gyros, I decided to ditch the bread making and side with the meat—purchasing pitas to be filled an array of delicious grilled meats. 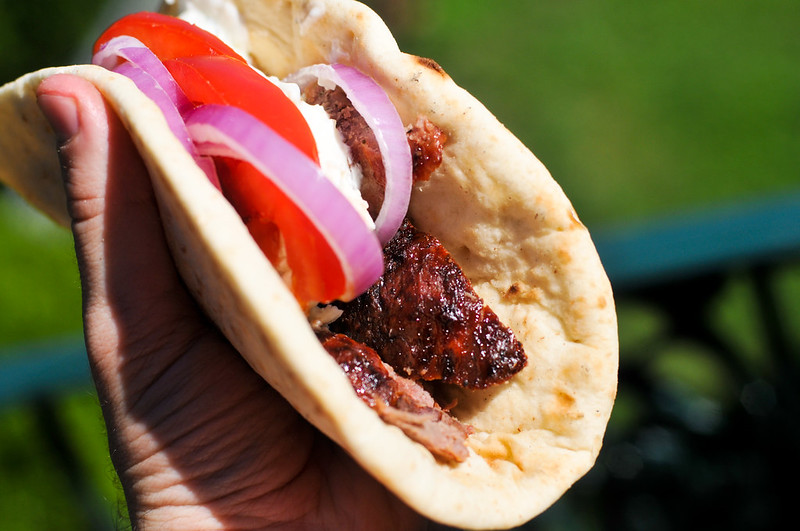 How can you do Greek pita sandwiches without gyros? You can't! With the addition of a rotisserie to the arsenal this year, gyros seemed to be an absolute no brainier. Although I much prefer the type of gyros that are strips of meat stacked on a vertical rotisserie, I went with a gyro loaf for the Meatwave. To make this, I grounded up a lamb shoulder and mixed it with some onion, oregano, and garlic, and then gave the whole mixture a whirl in the food processor to create that extra fine gyro texture. Juicy and perfectly seasoned, this was the right note to start the day 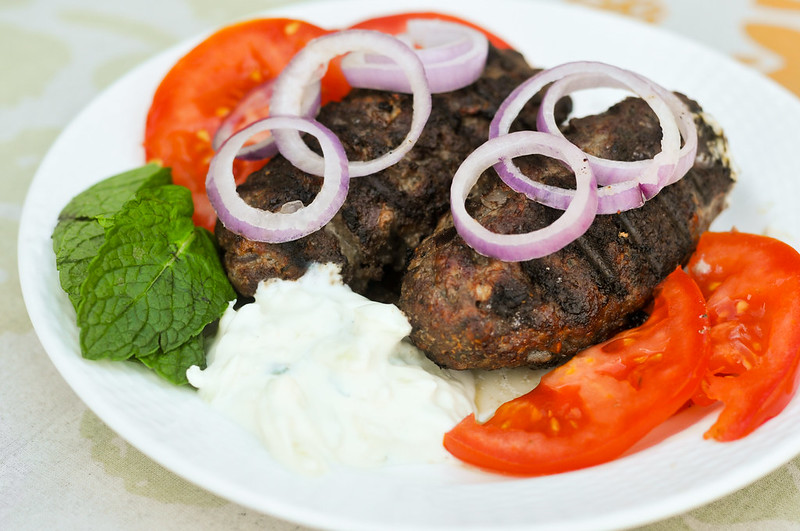 While the meat grinder was out, I figured I might as well grind something else, and that ended up being beef chuck to make these biftekis. Onion, mint, oregano, eggs, and breadcrumbs where added to the ground meat, then each patty was formed around a chunk of feta. These grilled "burgers" had that distinct Greek flavor, and the slightly melted feta innards provided a creamy goodness that made these something special. 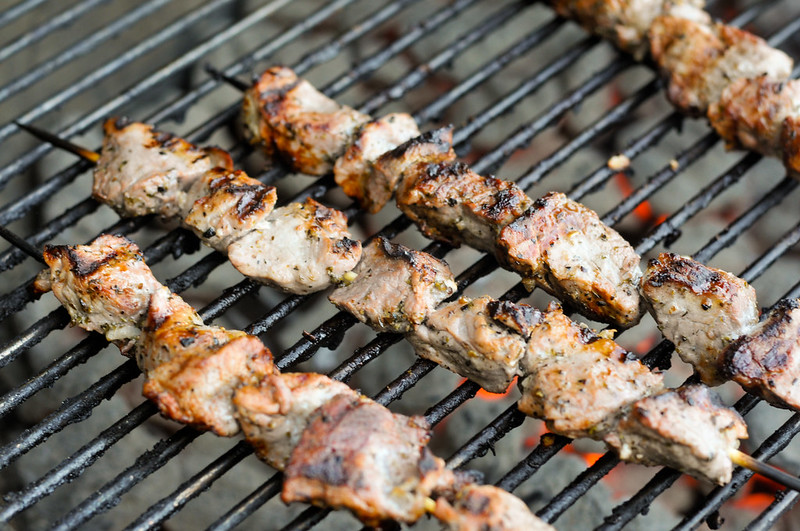 Last in the meat rotation were pork souvlaki skewers. This was one of the first Greek items I've ever grilled, and they're bound to show up at least once each season because they're so simple and delicious. A marinade base of onions, oil, vinegar, and lemon make the tender meat explode with a crisp, fresh flavor. 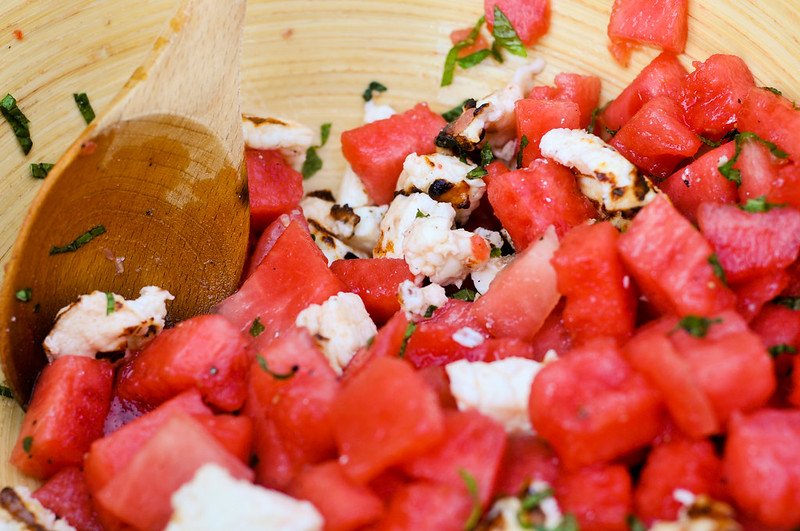 Ever since bringing the watermelon and halloumi salad out from my back log of posts, I've had an intense desire to taste that sweet and salty combination once more—the whole Greek menu actually started from my need to have this salad. As good as it was the first time, there's a lot of pleasure to be had from grilling cheese and eating it in this mixture. 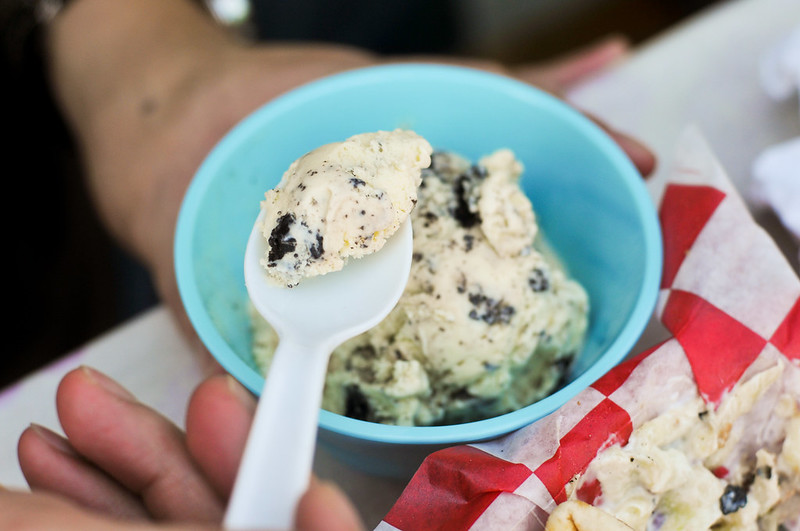 Cookies-and-cream ice cream finished the day off on a super sweet note. Double stuffs were the only "regular" Oreos I could find at the store, buried in the unending new varieties I had no idea even existed. That extra bit of stuffing made the ice cream incredibly rich and creamy, a trait that led 6 people to finish a tub that usually feeds at least 10. 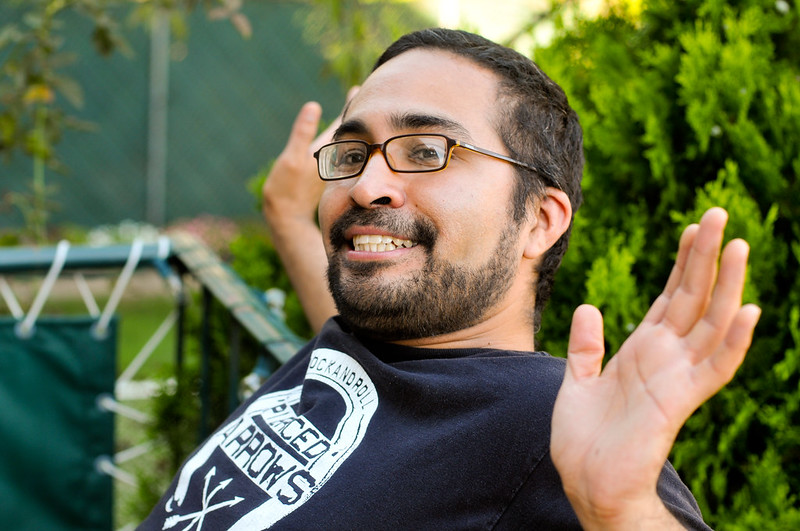 Now there's a man happy to be at the Meatwave. On a nice, long vacation, Brandon was finally free on a Sunday to make it to the Meatwave, and it didn't disappoint—being one of those misguided vegetarians, he was able to find solace in grilled halloumi sandwich. 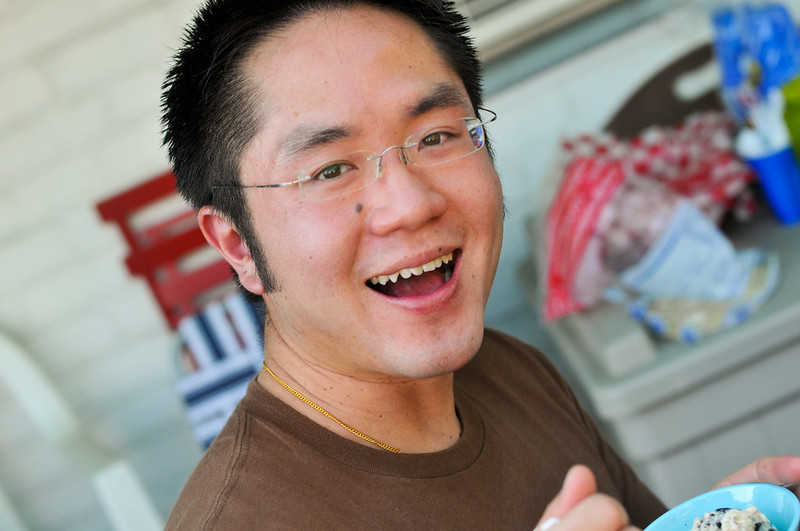 Overcome with the joy of the meat, Chris is finally out of his grueling bocce tournaments that kept him meatless for most of the summer. He's trying to recruit me for some fall bocce action, but I may be too enslaved by the meat to be able to make it to the opening games. 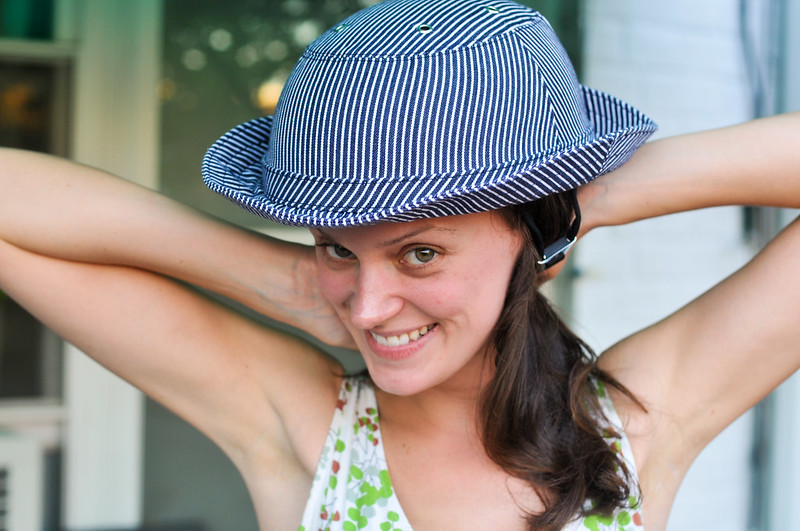 Suzun is all smiles while proudly showing off her new hat bike helmet. She's been requesting the cookie-and-cream ice cream all summer, and after working her way through an entire bifteki and souvlaki skewer, she finally got her wish. The Meatwave is here to please!

So sad to think there's only two more Meatwaves this season, but those are sure to be super incredibly wicked awesome, so you better be prepared for the waves that are getting ready to hit (and if you haven't made it out yet this summer, your chances for redemption are dwindling).