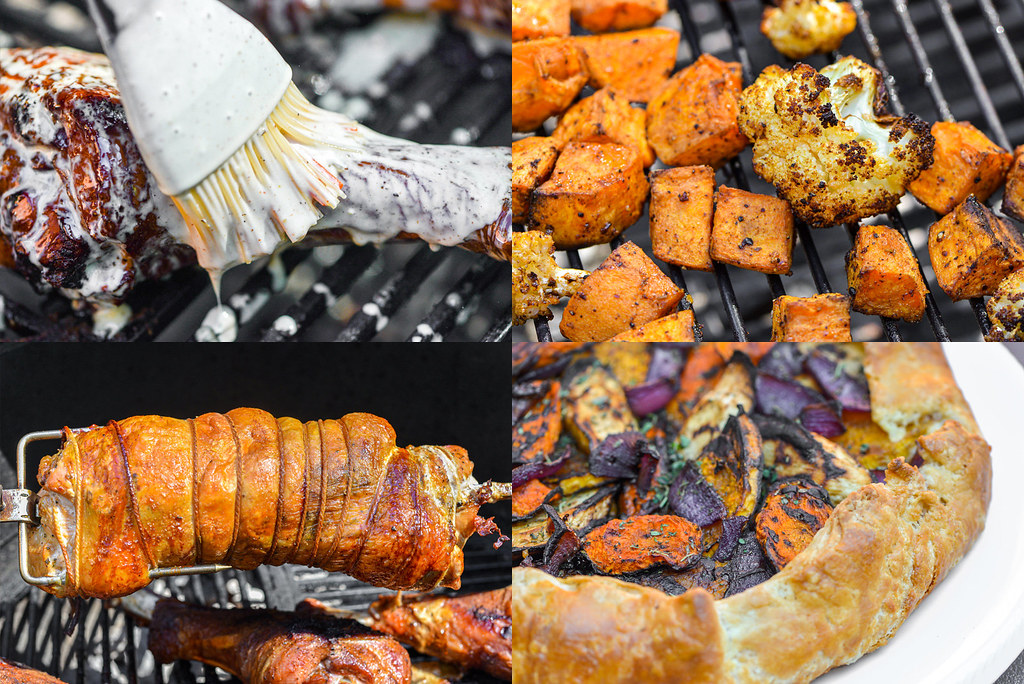 Around this time last year is when my family decided we would take an acceptable risk to be together for Thanksgiving. Moving into mid-October everything still seemed a go, and when turkeys began to arrive at the grocery store and I saw a brand I prefer on sale, I grabbed one and stuck in the back of my freezer. As the holiday approached and Covid surged, we ultimately cancelled our plans and I didn't want to defrost and cook a 15-pound bird for my severely scaled back holiday audience of only two. So in the freezer that turkey remained, taking up substantial space and serving as a perpetual reminder of the celebration that never was. As Thanksgiving approaches once again, that bird stuck in suspended animation has become top of mind and I decided it was time to thaw it and enjoy it with good folks, fulfilling its intended destiny. That's how this latest Meatwave became a pre-Thanksgiving of sorts that actually felt very fitting on first true fall day of 2021 here in North Carolina. 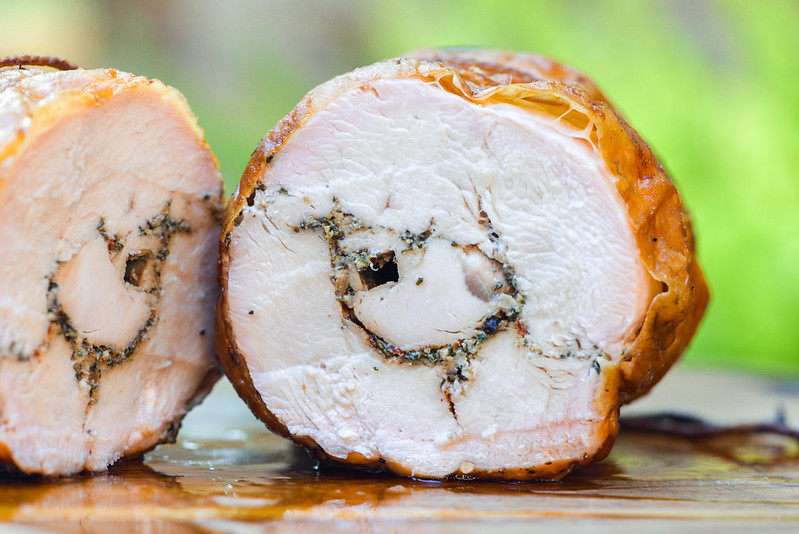 I don't think I've ever had a Meatwave centered around a singular dish, so I wasn't content to just roast the turkey whole and call it day. Instead, I divided the beast into various parts and made three distinct dishes out of it, starting with turkey porchetta. When Kenji first posted a recipe for this many, many years ago, I made it that Thanksgiving, loved it, but never did it again. With more porchetta making-experience under my belt, I thought I could improve on the recipe a bit, which I did by utilizing my more herbal and peppery rub and then cooking it on the rotisserie, which led to extra tasty and crunchy skin. It definitely served as the centerpiece dish of the day. 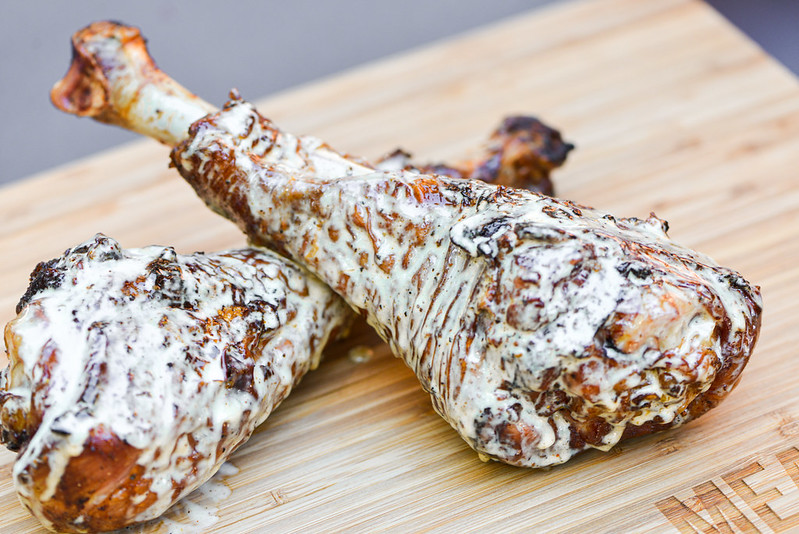 Next came the legs, for which I went with an idea for white-sauced turkey legs that I had jotted down a long time ago and have just been waiting for the right time to try it out. I've done turkey legs before, but, like with many smoked turkeys, I got great meat with tough and undesirable skin. So my goal this time around was to get a bite through skin with still juicy meat, which I did by hot smoking the legs, and then the extra boost of moisture and richness provided by the Alabama white sauce in the end was really just the icing on the cake. 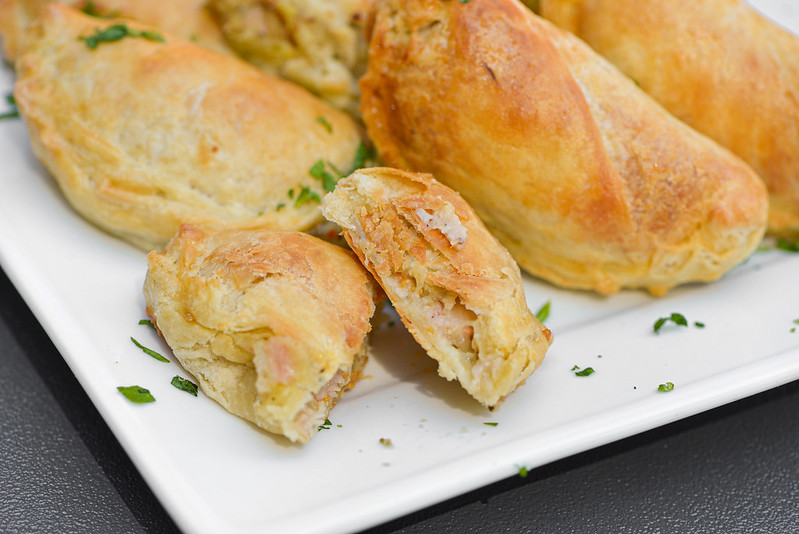 I was still left with the thighs and wings, and decided to do something very different with them—choosing to smoke them, pull them, and turn the meat into an empanada stuffing. The mixture inside of these rich and flaky empanadas also had mashed potatoes, cheddar cheese, celery, carrots, and onion in a recipe really devised to make use of Thanksgiving leftovers. Not being a turkey lover, my wife is also never too thrilled with Thanksgiving leftovers, but she dug these smoked turkey empanadas a lot, which made them a clear success in my mind. 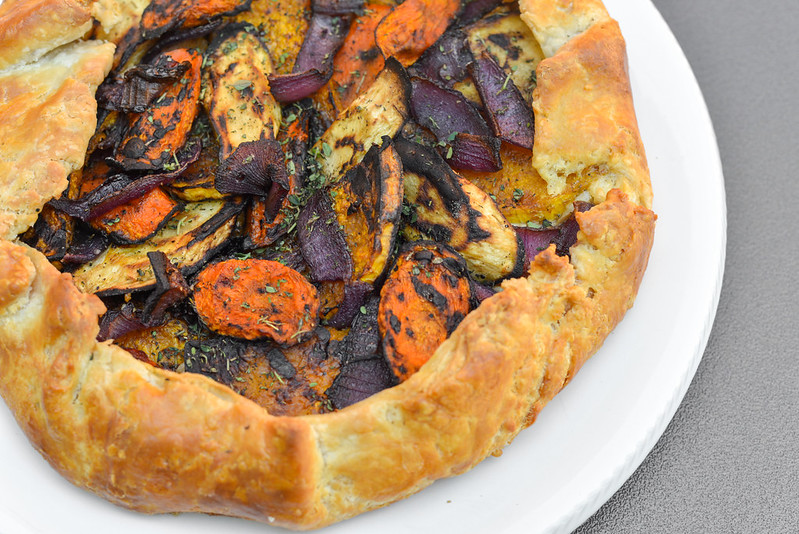 Kind of a main and also kind of a side, this fall vegetable galette provided a very hearty serving of some ubiquitous seasonal veggies that included carrots, parsnips, butternut squash, and red onion. All of those I grilled until browned and charred in spots and just starting to soften before piling them into a pie crust and baking. By the time it was done baking in the oven, the vegetables were tender throughout while also retaining a great grilled flavor that got a contrasting sharp and creamy boost from a cheese layer I had spread on below. 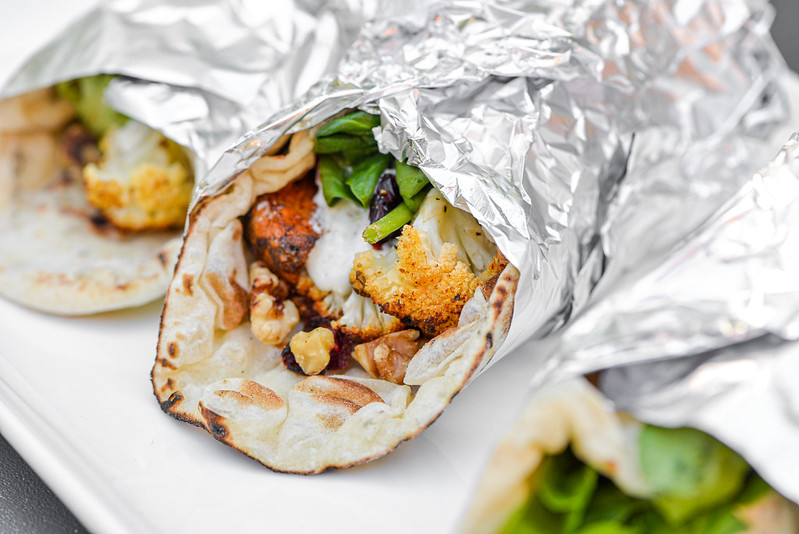 With such a large vegetarian constituency, no Meatwave has gone without a meat-free main dish offering, and this one was no exception with these grilled sweet potato and cauliflower wraps filling that role. The only problem was that either vacations or Covid cautions kept all vegetarians away this time around, and while these sandwiches were filling, delicious, and fit very well into the meal, they didn't have their intended audience and therefor didn't get the love I thought they deserved amongst all the other turkey offerings and mashed potatoes (which I forgot to take a photo of). 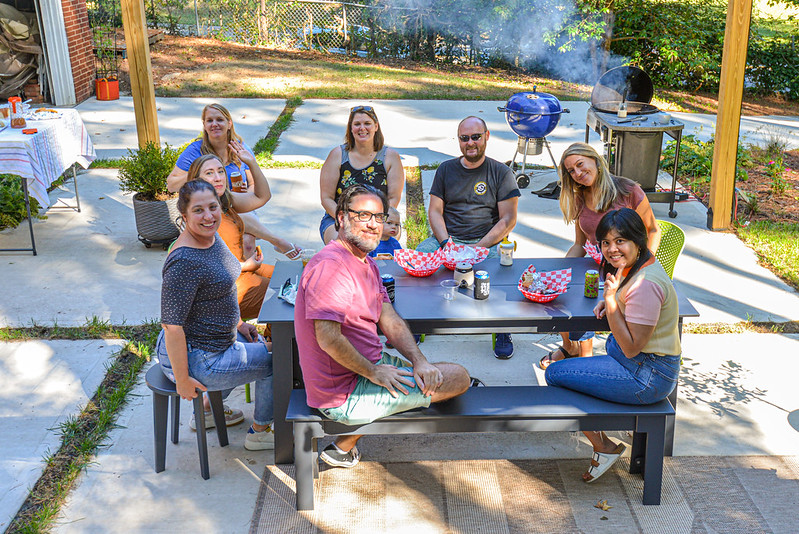 Meatwaves in 2021 have continued to be small-gatherings as we await a return to when larger crowds feel safe again. The scaled back ventured have actually been a rather nice change of pace though, with most everyone arriving around the same time and able to fit around one table or two. Here we have Kristin, Lindsay, Chris, Christina, Emily, Juliana, Ryan, and Kim all pleasantly stuffed after a first round of eats. 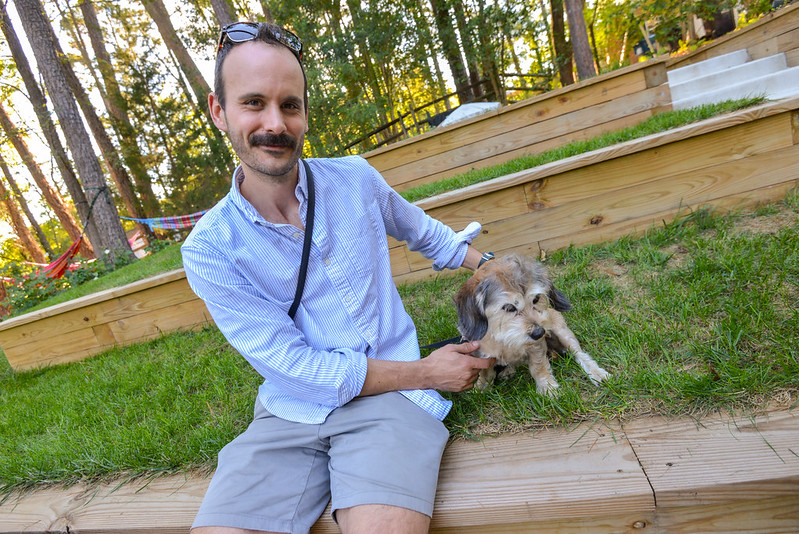 Evan and Meredith showed up just a little after that shot, so I caught Evan a bit later with a new guest, Gracie. 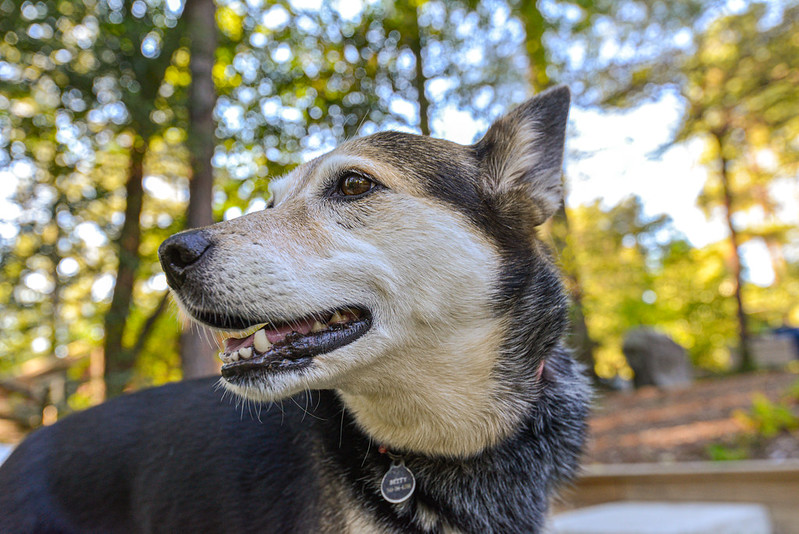 I don't like to be biased, but they did bring along my favorite Meatwaver, Betty! I was doing a good photo shoot with Betty looking into the sky when she whipped her head around and posed, as if saying, "Get me from my good side," so I did. And little after that, the sun set and the Meatwave came to a close, providing me with the Thanksgiving I never got in 2020 filled with turkey, sides, and, most importantly, company to enjoy the feast with.